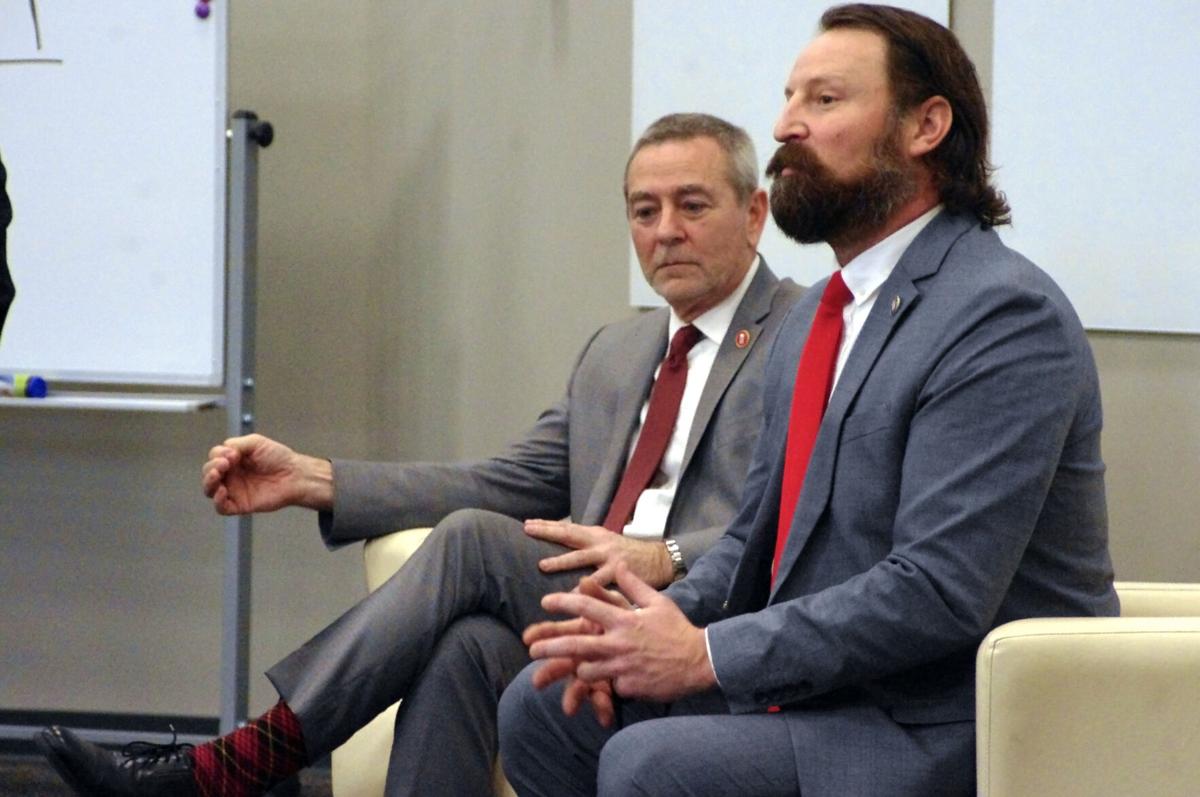 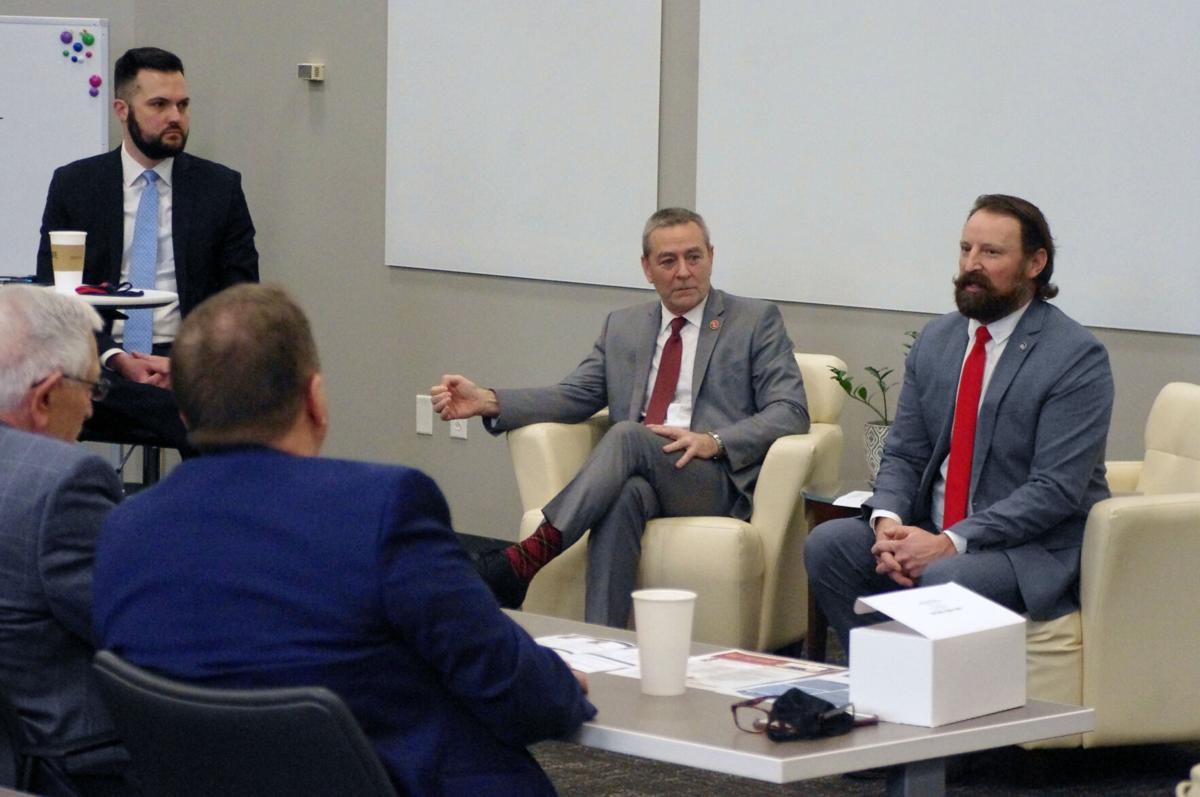 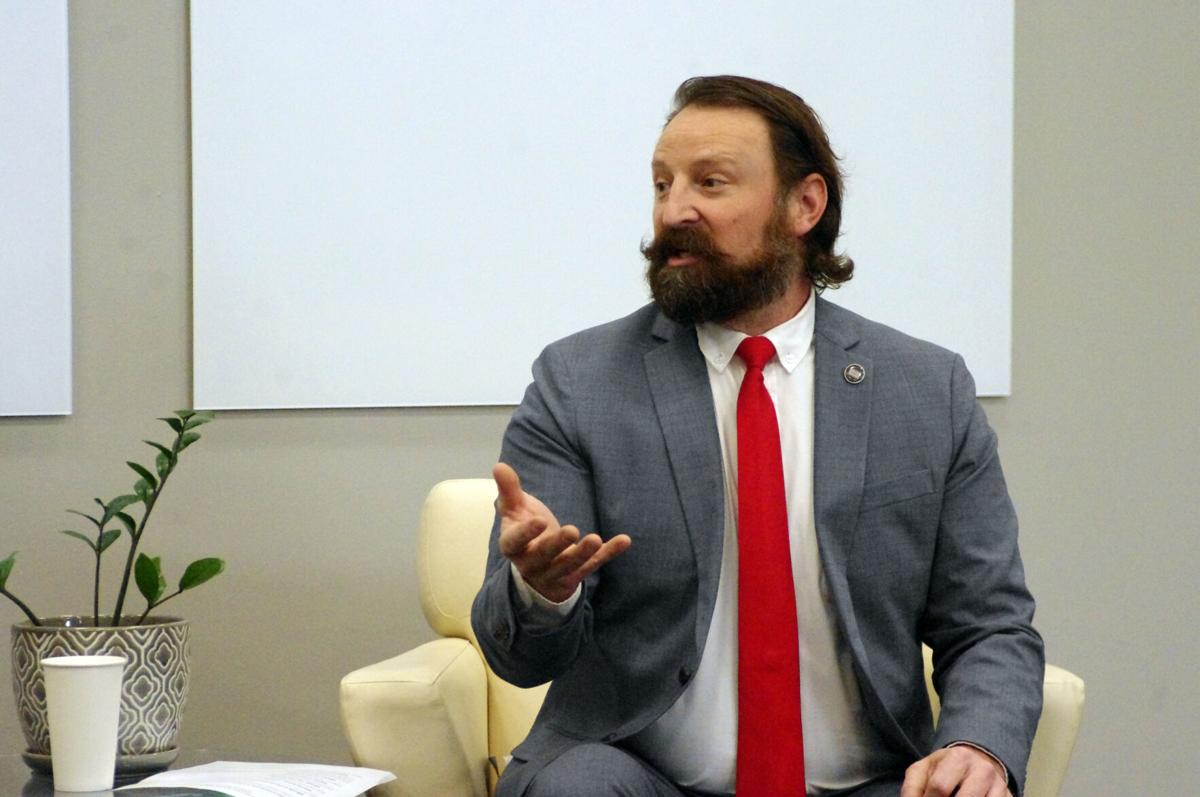 During a Williamson Inc. event in Nashville on Wednesday, Tennessee House Reps. Glen Casada and Brandon Ogles were asked what weight the wishes and sentiments of the local business community held in the state legislature.

The event, which saw members of the local business community pose questions to Williamson County legislators, was moderated by Williamson Inc. Director of Government Affairs Kel McDowell. He posed the question to Casada and Ogles in the context of a recent open letter signed by nearly 140 Tennessee small businesses and 35 corporations with investments in the state.

"Recently, we had Nissan and Mars sign on against what could be seen as discriminatory legislation and the like," McDowell said. "What weight does the weariness of the business community really carry throughout the House chamber, and what's good to really keep in mind when it pertains to conversations around potential economic impact?"

The letter that Nissan and Mars signed onto, dubbed "TN Businesses Against Discrimination," asks of state lawmakers to "not pursue legislation that would target or exclude LGBT people of all ages."

The letter was organized by the Nashville LGBT Chamber of Commerce, an organization that has actively campaigned against recent bills such as HB 1233 and HB 3.

HB 1233 would allow for students to sue schools that don't mandate transgender students limit themselves to changing rooms that correspond with their sex as listed on their birth certificate, whereas HB 3 would prohibit trans student athletes from competing against the gender with which they identify.

"When businesses come here, I think they need to recognize that [they] are in the Bible Belt"

Ogles said that while he felt that the local business community did carry significant weight in the state legislature, telling business leaders at the event that they "carry a huge stick," the region's religious values were equally as important.

"When I was at Lipscomb [University] taking Hebrew history I remember a class where the instructor said 'remember, you are in the Bible Belt;' in 1999, there were more churches within a 20-mile radius of Nashville than anywhere on the face of the earth," Ogles said.

"So when businesses come here, I think they do need to recognize that you are in the Bible Belt, there are some things called southern values in the way we look at things. Sometimes when those two collide is really where you see the friction in the General Assembly, when a piece of legislation looks like it has a strong contrast between the position of the churches and the business community."

Ultimately, Ogles said, it was his tendency to side with the churches on those contested topics.

"More times than not I usually default to my upbringing and conscience and side with the churches," Ogles said. "The one thing that the Bible teaches is grace and mercy, so I try to always land on that side."

Casada said that he agreed with Ogles in that the local business community does "have great influence" on state legislators, but that it was his inclination to "err on the side of individual rights over group rights."

"Well, as an individual female, if you wish to go to your school bathroom and have your privacy — something that's guaranteed under the Constitution, the right to privacy — you should have that right versus a group right that says 'I am this now, and so I — as a group — want this right to go into any bathroom I want.' So it's an intellectual debate that I would challenge the large corporations to do a deep dive on what the bill says and not just react on emotion."

"Good to keep in mind," McDowell responded before opening up the floor for questions.

In an email on Friday, Ogles alleged that he "had no context" for what McDowell was referring to when mentioning that Nissan and Mars had signed onto the open letter against discrimination, and maintained that his comments were not given in response to the letter.

This story was updated on 03/12/21 to include Ogles' assertion that he was unaware that McDowell was referencing the open letter against discrimination in his question. A quote from McDowell has also been added to provide further context and clarity.