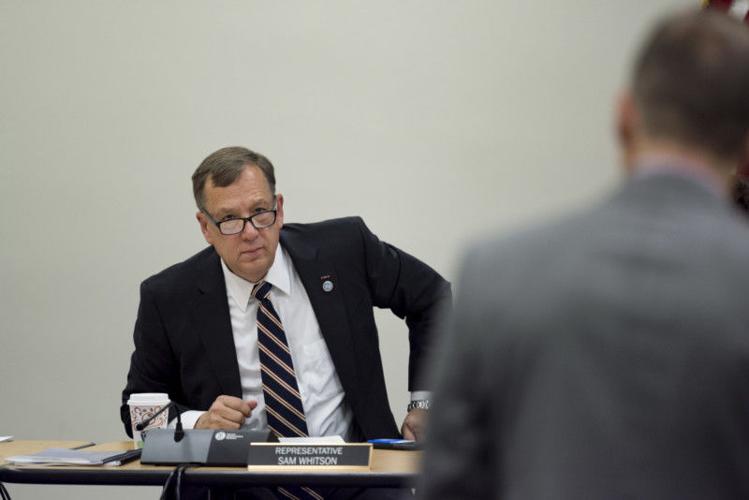 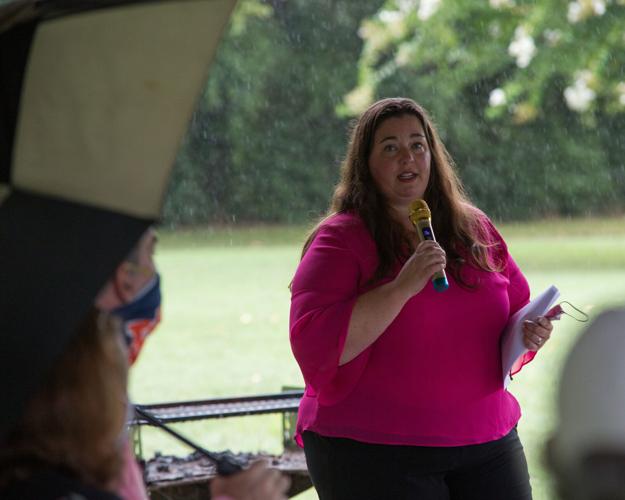 Now set to return to the State Capitol for at least two more years, Whitson outlined to the Home Page a number of legislative aspirations that he'd like to pursue during his third term, which among them include things like protecting funding for public schools amid the ongoing pandemic and fast-tracking infrastructure projects.

Also home to the county mayor's office, the Administrative Complex houses the county's Election Commission, which on election days doles out vote tallies throughout the night. Whitson said it was a "tradition" going back years for him and Beathard to spend most election nights at the complex.

"To me that really is kind of sacred place showing what the people have decided," Whitson said. "It's not at a campaign event where there's a lot of hoopla and excitement. To me, it's a place where you can really see democracy in action."

With the county receiving a record-breaking number of absentee ballots - just over 12,000 - the complete vote tallies didn't come in until early Wednesday morning. Instead of waiting all night, Whitson, his wife Pam and Beathard decided to instead begin taking down their campaign signs around Franklin.

To his opponent, Whitson said he appreciated that she had run a "positive, respectful campaign," and that doing so spoke to her character. To the more than 12,000 voters who supported Foley, Whitson had this to say:

"There's a lot of people I know who did not vote for me, but I will do anything for them that they need for assistance," Whitson said. "To me, they're constituents whether they support me or not - they're Tennesseans."

When asked what his third term may look like in terms of legislation, Whitson shared a plethora of issues he wanted to tackle.

"Things like domestic violence awareness to make sure the victims have a place to report and seek help," Whitson said. "Also, school systems are held harmless for a drop in enrollment for the first year, and we all know that enrollment has dropped."

Whitson went on to describe how Tennessee's Basic Education Program (BEP), the state's funding formula for public schools, could potentially see schools see a major cut in their funding due to the ongoing pandemic. Through the BEP, a drop in enrollment for a school for two consecutive years can trigger a cut in funding.

The IMPROVE Act has led to a new revenue source for infrastructure projects all over the state - Whitson said that he was "going to work real hard" to see projects in Williamson County 'move forward.' Whitson also said he would push to expand broadband internet access in rural areas of the state.

Lastly, Whitson touched on addressing the state's large number of uninsured, which in 2018 was found to be around 675,000, or roughly one out of every ten Tennesseans.

Back in May of 2019, a bill passed in the Tennessee legislature that saw Gov. Bill Lee propose converting TennCare - the state's Medicaid program - into a block grant. If ultimately approved by the federal government, diverting federal dollars from TennCare to a block grant would grant the state more authority in the use of those funds.

Supporters of the change say the state could use federal dollars more efficiently than when under federal control, whereas critics argue it would put those with pre-existing conditions at risk and limit federal funding.

Due to the coronavirus pandemic, however, the federal government's approval of the request has been delayed.

"We're going to have to do something on that to help the working poor. I'm interested in seeing where we're going on that for our rural hospitals, rural health care and working poor coverage. That's going to need a Republican approach to solve that."

Foley, Whitson's Democratic challenger, spent the early half of Tuesday night with her husband and three children.

Cooking up steaks purchased from Thompson's Station's Bear Creek Farm that she had saved especially for Election Day, Foley would later go on to join other Democratic candidates in at a restaurant in Franklin for an election night watch party.

While fully aware of Williamson County's history as a conservative stronghold, Foley said she still remained hopeful Tuesday as she waited for results to be released.

"I am very pragmatic, I knew I had an uphold battle and that it was a very longshot at winning," Foley said. "I was cautiously optimistic [though] because of the high turnout in the early voting period."

Once the results came in, however, it was clear that Whitson would go on to return to the State Capitol for another two years.

"I certainly congratulate Rep. Whitson on his re-election, I know that he has a long record of military service and service to our community, and so I respect and honor that," Foley said.

"I would just hope that he remembers that the oaths he swore in the military and to uphold the constitution here in Tennessee applies to all citizens of his community, not just the people who voted for him."

In her immediate future, Foley said that while she would continue to work for "the causes [she] cares about in [her] community," she would be using the next few weeks to spend time with family, starting with a camping trip this weekend.