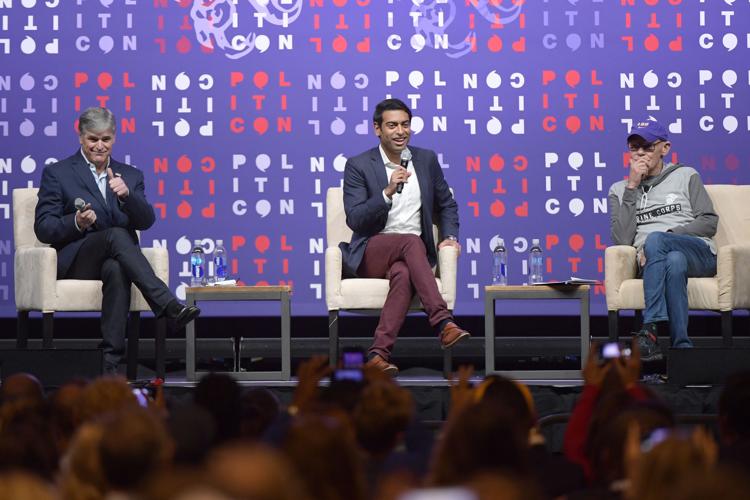 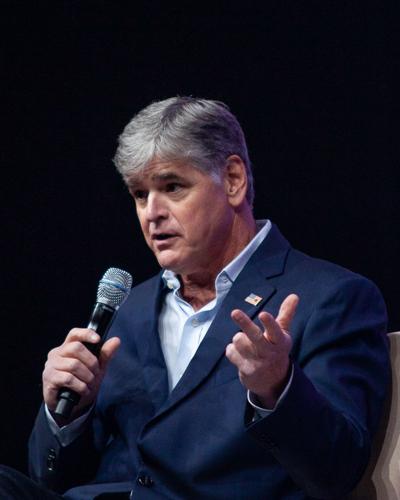 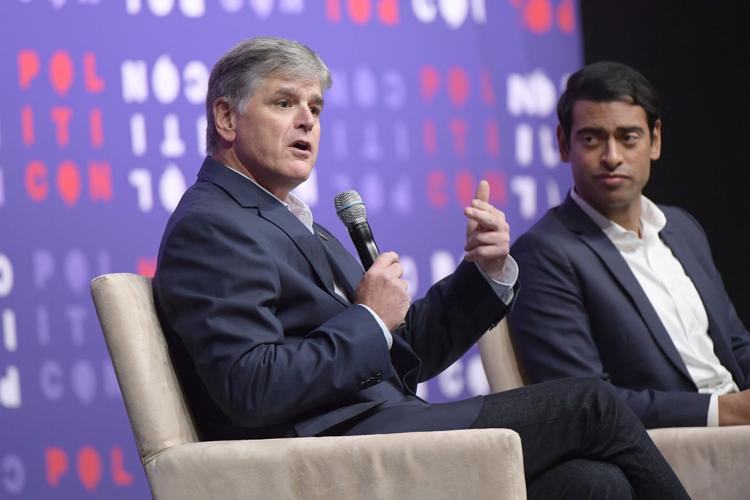 Often called the "Coachella of politics," Politicon saw a swath of political influencers discuss and debate a litany of topics at the Music City Center in Nasvhille over the weekend. Among those debating were conservative talk show host Sean Hannity and lawyer and political commentator James Carville.

A strong supporter of President Donald Trump, Hannity has seen a long and storied career in radio and television. Carville first rose to prominence in 1992 for his successful efforts as the lead strategist in Bill Clinton's presidential campaign, and has acted as both a host and a contributor on news networks like CNN and Fox News.

Case for impeachment against Trump

On May 25, Trump spoke with newly-elected Ukrainian President Volodymyr Zelensky via a phone call, congratulating Zelensky on his recent victory. On Sept. 25, an unidentified whistleblower submitted a complaint to Congress that alleged Trump had unlawfully leveraged his power as president to coerce Zelensky to investigate his domestic political opponent, Joe Biden.

The particular line of dialogue that proponents of impeachment often cite is as follows, as revealed in the full released transcript of the conversation.

Trump's request for Zelensky to investigate Biden stems from, when during the Obama Administration, Biden withheld $1 billion in aid to Ukrain as a means to pressure the government to remove its top prosecutor, Viktor Shokin.

Proponents of the idea of foul play on Biden's part allege that the Vice President had only indulged in the quid quo pro as a means to halt an investigation into the Ukrainian gas company Burisma — on which Biden's son, Hunter Biden, sat on as a board director. Opponents to the idea of foul play argue Biden had only done so to push out Shokin due to allegations of general corruption.

Debate highlights between Hannity and Carville

Hannity: "We spent three years in this country talking about Russia, Trump, collusion, collusion," Hannity said. "Politico, Jan. 11, 2017, wrote an article about how Ukraine colluded on behalf of Hillary Clinton in the 2016 election. All the president said [was] 'can you get to the bottom of this,' because we can't have foreign interference in our elections. The only Russian interference was Hillary Clinton's bought and paid for dirt dossier full of Russian lies."

Carville: "What's going to happen is they're going to impeach him — that's just going to happen," Carville said. "As I recall, we actually had a strategy: Portray the prosecutor as a prissy, pompous prosecutor. Of course he played right into it, and I had more fun slapping Ken Starr around than almost anything I've ever done in my life. The second thing we did is we trivialized the charge, and the third thing we did is we kept the base intact."

"The only thing I see them doing is keeping their base intact. Well, their base alone is not going to win for them. You control the Justice Department and you control the State Department — if something is wrong, investigate it! You have the entire power of the United States government behind you."

Hannity: "I think there's a strong likelihood they impeach, the Senate won't convict, and Donald Trump will be reelected," Hannity said. "If this is their process, that they can't allow hearings for the American people to see, and they think they're going to impeach him behind closed doors, that sounds to me more like the former Soviet Union, or Venezuela or Cuba. That is not due process — that makes this whole thing illegitimate, unconstitutional, and the American people, whether you're Democrat or Republican, you should agree that every American, including Donald Trump, has the right to due process."

"James Carville and I are never going to agree on these issues. The divide is real, it is profound, but America will have the clearest choice it has ever had. We will either continue to be this great democratic republic based on an economic of system of capitalism, or, Americans are going to choose a level of socialism, and a New Green Deal and get rid of oil, gas, combustion engines, cows and planes - only a liberal would want to get rid of cows. I believe he will win more states in 2020 than he did in 2016."

Carville: "This is the weakest president we've ever had in American history," Carville said. "You can not instill any discipline unless you have fear — no one is scared of Donald Trump, except for people that live in the hard red [states] that are afraid to get primaried."

"He has got the weakest polling numbers by far of any president in history. When they came after us, we came back after them — we picked up seats, we had an approval rating in the ’70s. Nancy Pelosi does whatever she wants, I mean he's just getting clobbered by a... I guess I can't say girl... by a woman — yea, a woman! It's just every day making every Democrat so proud."

Hannity: "James' support of Bill Clinton is admirable," Hannity said. "Bill Clinton was far more moderate for the last six years. Him and Newt Gingrich I think did great things for the country together — we balanced the budget, we haven't done it since, we need to get back to that. But I will tell you: Impeachment never hurt Bill Clinton, impeachment helped Bill Clinton, and he never had higher ratings. My prediction is James is probably right. These radical Democrats and their secret Soviet-style impeachment plan will probably go through."

"What are they afraid of? Let the witnesses talk, and by the way, the person that's running the hearings, he's compromised! He's corrupt. He's a liar and a fact witness in the case — that would be the cowardly [Adam] Schiff. Let the American people see the circus for what it is."

"James, what crime do you want to impeach him on?" Hannity asked.

Carville: "For leveraging his influence for personal and political gain, which, if you read the Federalist Papers, is about the most serious thing you can do," Carville answered.

Carville: "What they're going to impeach him on is self-dealing while conducting the business of the United States," Carville answered.

Hannity: "What is the crime?" Hannity asked a third time. "Tell us, tell the crowd."

Carville: "That he used U.S. influence to dig up something from a foreign government on [his] opponent," Carville said.

Hannity: "I have the transcript," Hannity said. "There's no quid quo pro. A president has a duty to faithfully execute the law, Ukraine interfered in our election."

Carville: "He is going to be impeached — I'm not going to sit here and go back and forth, I just told you what it is," Carville said. "If you want to defend that, that's fine. The evidence is coming, it's going to be totally overwhelming."

"They cared about Russian interference. They didn't give a damn about Hillary Clinton's bought and paid for Russian dossier full of lies that was used in the 2016 election. If any of you ever have anything subpoenaed, I'm going to give you advice: Delete the subpoenaed emails, acid wash your hard drive with BleachBit, then bust up your devices with hammers and remove the sim cards — good luck to you, because unless your name is Clinton, you're going to jail."

Carville: "You control the entire apparatus of the United States government," Carville said. "If there was a crime, for god's sake, indict somebody, don't talk about it on television! This is a dog [howling] at the moon. If you're the Justice Department, you have real power. The Republicans control the Senate, they can subpoena anybody that they want, and they don't. Why are they letting you down? They just want talking points on Fox?"

Hannity: "Now James, are you going to tell this wonderful audience of beautiful Nashville, Tennessee that Hillary Clinton did not commit a crime there," Hannity asked.

Carville: "Again, the statute of limitations does not run, get the Justice Department," Carville said. "If I knew there was a criminal out there, then you would do something, I wouldn't talk about it. You have power — you're scared to use it!"