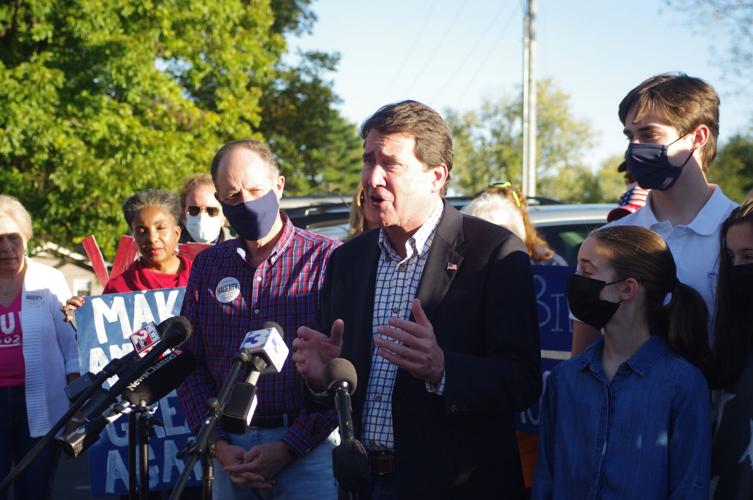 Bill Hagerty makes one final pitch to voters Tuesday evening at the Brenthaven Church in Brentwood. 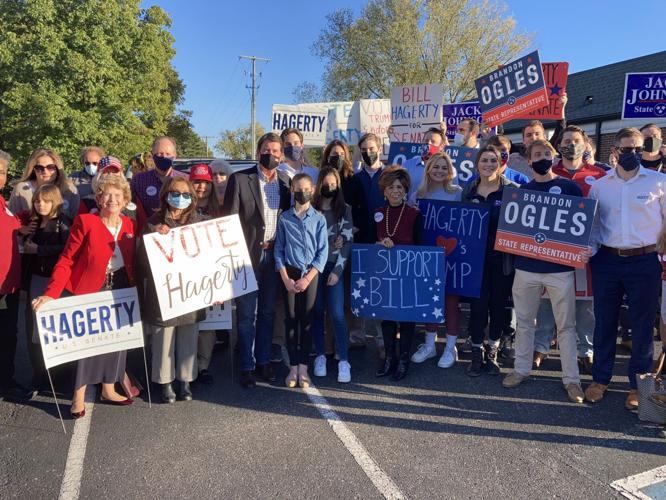 Bill Hagerty poses for a photo with friends, family and supporters.

Republican U.S. Senate candidate Bill Hagerty made a stop at the Brenthaven Church in Brentwood Tuesday evening to make one final pitch to voters just hours before the polls close at 7 p.m.

The Trump-endorsed Senate hopeful said he felt "great" about both his and President Donald Trump's chances of winning Tuesday night, but also called for a peaceful acceptance of the election's results, whatever they may be.

"We're a nation that's founded on the fundamental tenants of freedom [and] opportunity; that's what we're exercising right now, this unique, democratic right to vote — let's respect that," Hagerty said, surrounded by family, friends and supporters.

"Let's get out and vote peacefully, let's get out and show our support for the candidates that we want to win, but let's accept the results of that election. Let's continue to move our nation forward."

Hagerty told the Home Page his goals and aspirations as a U.S. Senator would remain the same if he won and Biden became president rather than Trump.

"I'm going to Washington to work my heart out everyday for the people of Tennessee regardless of who's in the White House, but I feel very confident that President Trump will be in the White House for the next four years," Hagerty said.

"He and I worked very successfully together the first four years, in fact I'm the only member of his administration that will be serving in the United States Senate if I'm fortunate enough to win tonight. But I'm certain that whatever we do over the course of the coming years, that having someone like me who understands how our economy works is going to be absolutely critical."

Another reporter asked Hagerty what his message might be to those who have still yet to vote with just hours to go. His main message was that he embodied "conservative," "Tennessee values," and that if voters wanted those values sent to Washington D.C., he was their pick.

"I think people appreciate the fact that I've been a businessman all my life, that I understand how this economy works and I'm going to work hard every day to get our economy turned around; both at a national level and right here in Tennessee."