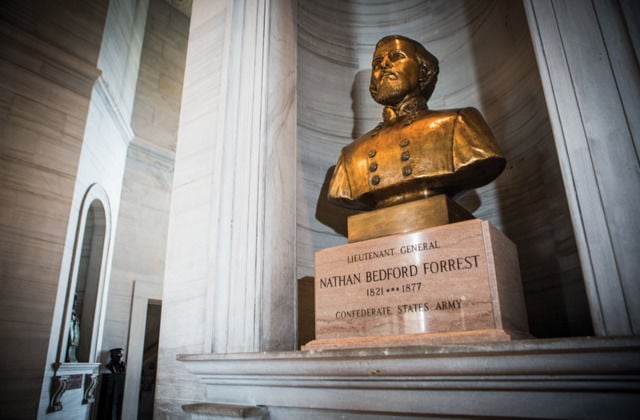 The bust of Confederate General Nathan Bedford Forrest as it appears in the State Capitol building in Nashville. 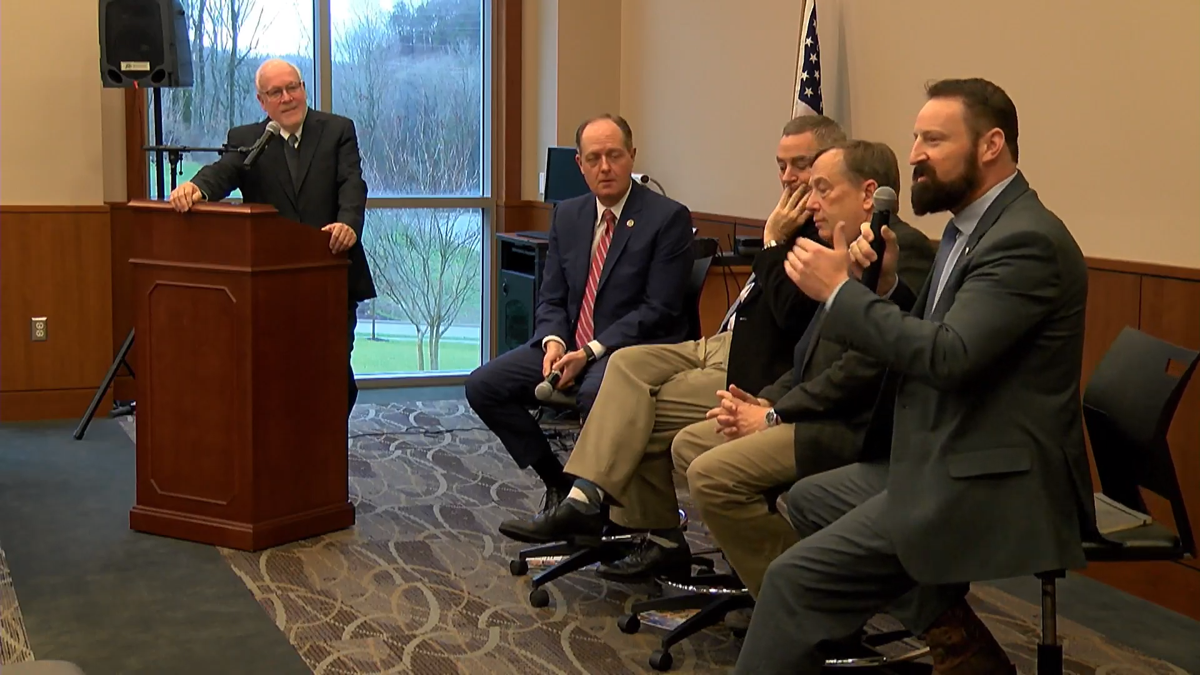 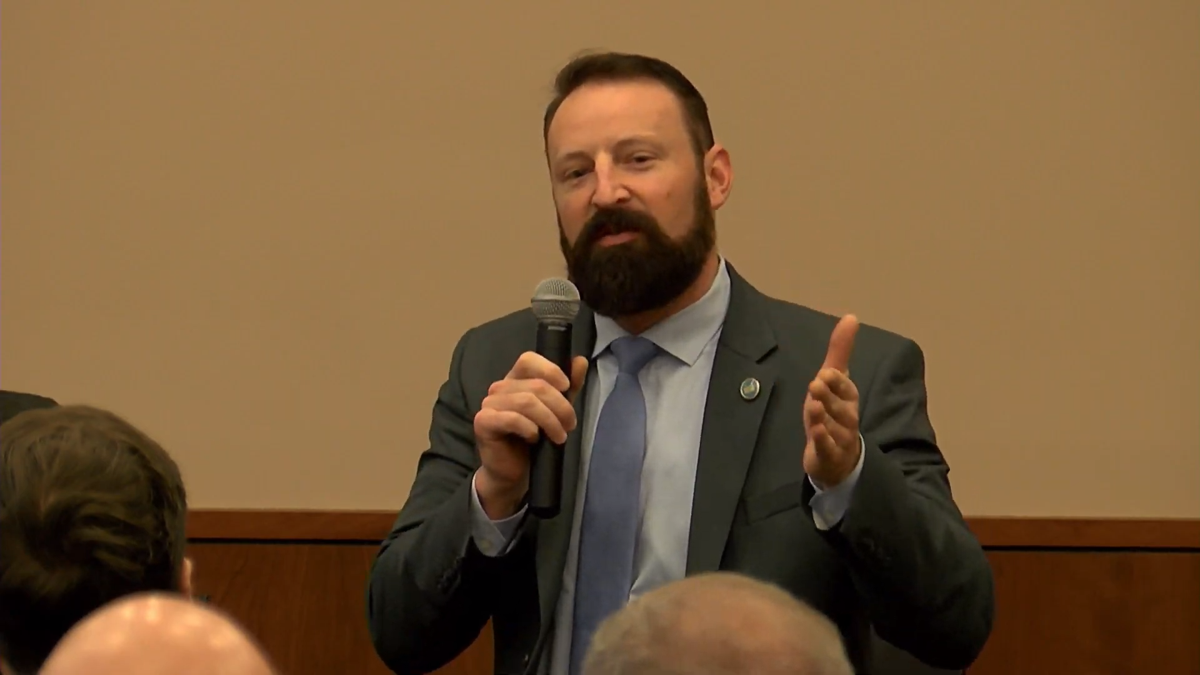 The bust of Confederate general, Klu Klux Klan leader and slaveholder Nathan Bedford Forrest that sits in the State Capitol building has seen its fair share of controversy over the years.

Ogles, who represents the northern portion of Williamson County in the state House of Representatives, agreed that the bust should be removed from the State Capitol, suggesting it should be moved to a museum instead. Ogles also mentioned how the regular presence of protesters at the Capitol due to the bust was a “distraction,” and that some of the conduct of the protesters was “unacceptable.”

Last year, a petition to have the bust removed reached 40,000 signatures, and two protesters were arrested while calling for the bust's removal.

“Where these busts are positioned [is] between the elevators and where we work, and every activist that wants to come up to the Hill and talk decided that’s the place to sit, stand, scream, yell and throw things at members — it is a distraction, and that story is not being told,” Ogles said. “What’s happening is people are yelling, they’re chanting... it makes it almost impossible for us to do our job, and it’s a security nightmare.”

“So those busts — I would hope — get moved to somewhere where you can tell the story: the good and the bad. My hope would be that the people that love history and want to honor history will put those busts in a place that that story can be told, rather [than] in a place where people can chant things and throw [drinks] at people. That, I’m tired of — it’s unacceptable and it needs to stop.”

Despite his criticisms of some of the protesters, Ogles remained firm in his belief that the bust should be removed.

“This is probably going to be controversial as well, but some of my more senior elders have stated [that] those are graven images of men,” Ogles said. “They’re on a pedestal, we have to look at those, and yet we have no crosses in our Capitol.”

Casada, who represents southeastern Williamson County in the state House of Representatives, was also supportive of the removal of the bust, giving his own suggestion as to what should be placed in the Capitol instead. In the past, Casada has said he thought the bust should have signage near it giving context about who Forrest was, but until now he has not said explicitly that he thinks the bust should be removed.

“I think change is painful, but change is good,” Casada said. “There’s four busts in there, and I think there’s probably dozens of Tennesseans that need to rotate in there and rotate out. So it’s not just Nathan Bedford Forrest I support removing, but President Polk, President Johnson and Admiral Farragut — all those guys need to be rotated because there are many great Tennesseans, past and present.”

While supportive of removing the bust, Casada did express his thoughts that the focus and attention would be better laid on “real problems,” and “less on statues.”

“And let’s be clear: even though it’s a feel-good thing, this doesn’t accomplish one thing,” Casada said. “Tennessee and leaders in the state need to be focused on how do we help the next generation, the poor communities, the African American communities be educated? How do we make strong families so we don’t have children being raised in single-parent households? That’s the real problems, and if we want to solve the problems of society, we need to focus on that and less on statues.”