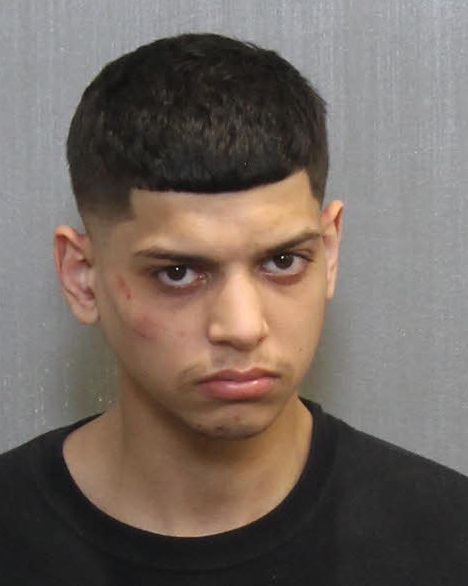 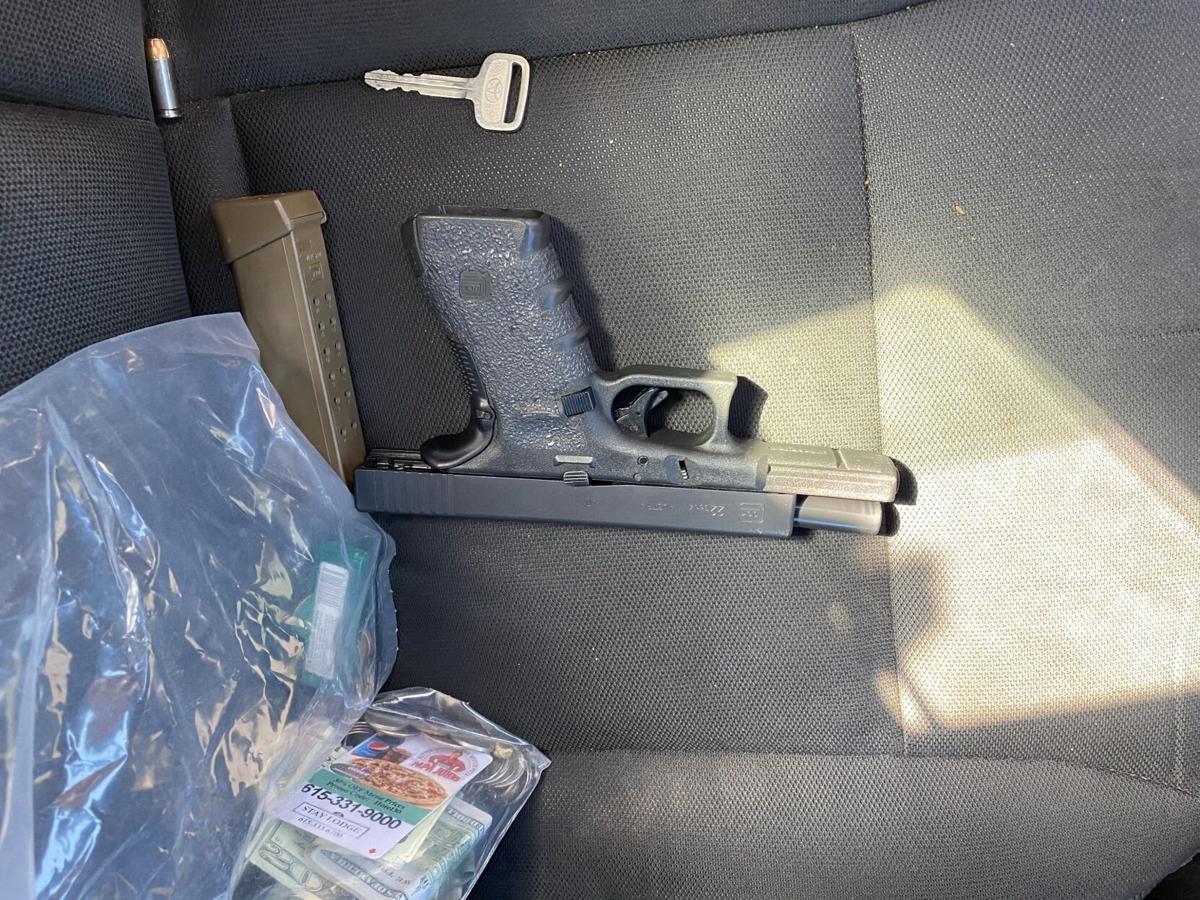 MNPD released this image showing what they said was a stolen gun used by Tyler Al-Shemari in a shooting in Nashville on Tuesday morning.

A teen arrested by the Metro Nashville Police Department for shooting at a family in traffic and an armed robbery has a history of arrests in Williamson County.

Tyler Dewayne Al-Shemari, 19, was arrested by MNPD after they said that Al-Shemari fired multiple rounds at another vehicle on Tuesday morning, an act which was caught on another vehicle's dash camera.

According to an MNPD news release, the road rage incident occurred at 6:50 a.m. on Tuesday after police said that Al-Shemari was driving a car that cut off a pickup truck on Harding Place near Jonquil Drive sparking a string of incidents.

That truck was driven by an unidentified 36-year-old Portland, Tenn., man who also had his wife and their teen son inside of the truck.

Police said that the driver of the truck then followed Al-Shemari who pulled into the Walmart parking lot at 4040 Nolensville Pike, which led to Al-Shemari allegedly pointing a pistol at the family who then fled the parking lot in their truck.

MNPD said that Al-Shemari then followed the family onto Nolensville Pike where he pulled alongside the truck and fired several shots at the truck, resulting in a minor injury to the hand of one of the truck's occupants, before Al-Shemari made a U-turn and fled the scene.

MNPD released the dash cam footage of the shooting which can be viewed below.

Police said that about an hour later, a 42-year-old resident of Legate Court in South Nashville saw someone, later identified as Al-Shemari, attempting to break into his neighbor’s car.

Police said that Al-Shemari approached the man and robbed him of his phone and wallet at gunpoint, firing a gun into the air in the process.

Police tracked down Al-Shemari using the stolen phone's GPS which led officers to Al-Shemari's car that was parked outside of a Linbar Drive barbershop.

Al-Shemari came out of the business and officers were able to see the imprint of a pistol in his jacket pocket.

Police arrested Al-Shemari and said that the .40 caliber Glock pistol that he was carrying had been stolen last Friday from a vehicle parked on Benzing Road.

This is not the first vehicle burglary that Al-Shemari has been tied to, as he was arrested in October 2020 after he was identified as a suspect in several Nolensville vehicle burglaries and a vehicle theft in August.

That August incident involved the arrest of another teen, 19-year-old Camren Amari Martin, who Nolensville Police said was in possession of a stolen gun and unspecified narcotics they said were packaged for resale.

When Martin was arrested in September 2020 he was initially only charged with evading arrest with motor vehicle.

Martin also initially made a $5,000 bond and was released.

While out on bond Martin was additionally charged with auto burglary, attempted auto burglary and theft of property $10,000-$60,000 in relation to the August incidents in Nolensville.

NPD said in an October social media post that Martin actually arrived at the Williamson County jail to bail out Al-Shemari who at that time was still incarcerated.

Police then arrested Martin on his additional charges, and he remains in the Williamson County Jail on a $13,000 bond.

According to Williamson County Court records Al-Shemari was released from the Williamson County Jail on a Released on Own Recognizance (ROR) bond which means that he did not have to post money to be released, instead having to promise to attend his scheduled court hearing.

Al-Shemari's last Williamson County court hearing was on Jan. 1 and is scheduled to appear again on March 24.

Al-Shemari is now held in the Davidson County Jail on a $145,000 bond where he faces charges of aggravated robbery, vehicle burglary and three counts of aggravated assault in relation to Tuesday's incident in Nashville.

NPD Chief Parker said that these cases are an example of how a non-violent crime such as a vehicle burglary can quickly become a more serious crime with very serious outcomes.

"The people that we are running into here in Nolensville are repeat offenders who are doing really serious stuff and the propensity for someone to get hurt really bad or worse is really high with these thugs prowling these neighborhoods," Parker said, adding that neither Al-Shemari nor Martin have any known ties to Nolensville.

Parker urged citizens to never confront someone they suspect of stealing property or committing a crime, instead suggesting that they can help police safely track down a suspect with good, accurate information.

"Call us and get us as good of a description as you possibly can," Parker said. "Certainly don't try to confront them because these people have proven that they have no regard for life or property."

Vehicle burglaries, stolen firearms and stolen vehicles have been an issue across Middle Tennessee, and in 2019 a vehicle stolen from Nolensville ran into an injured a Brentwood Police officer who was attempting to stop the driver.