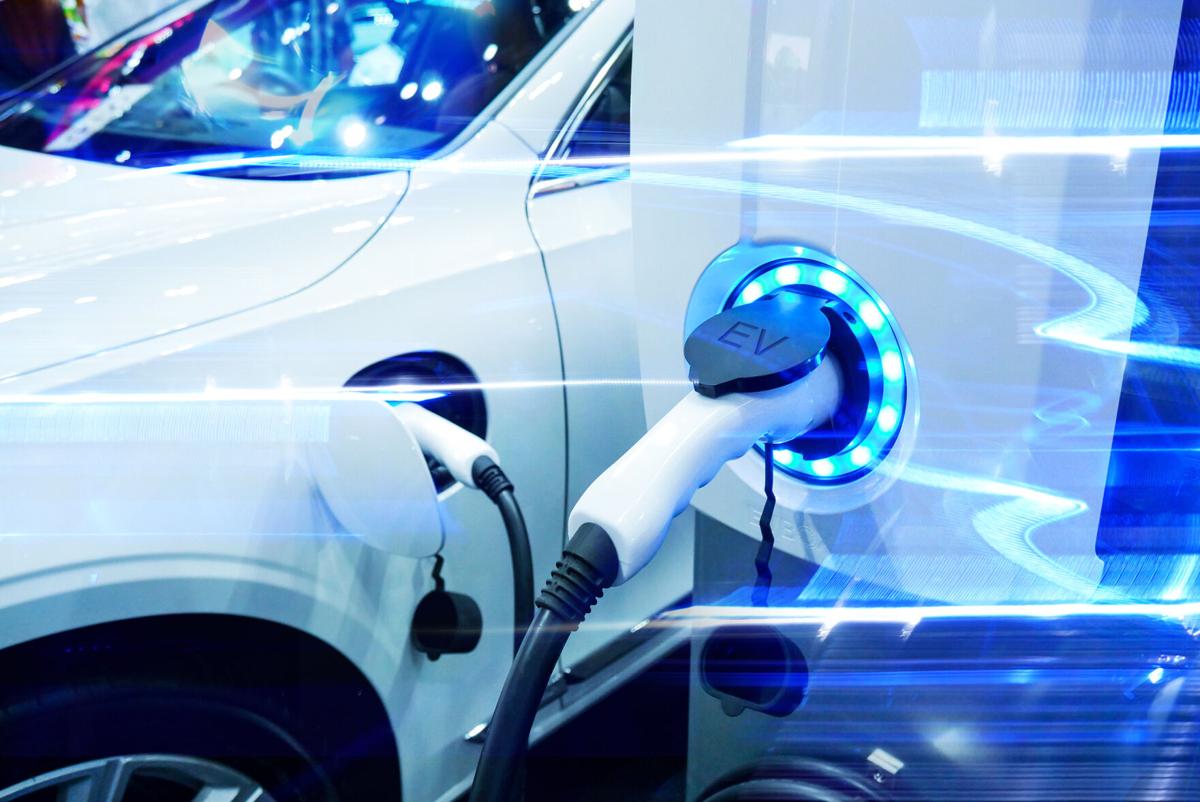 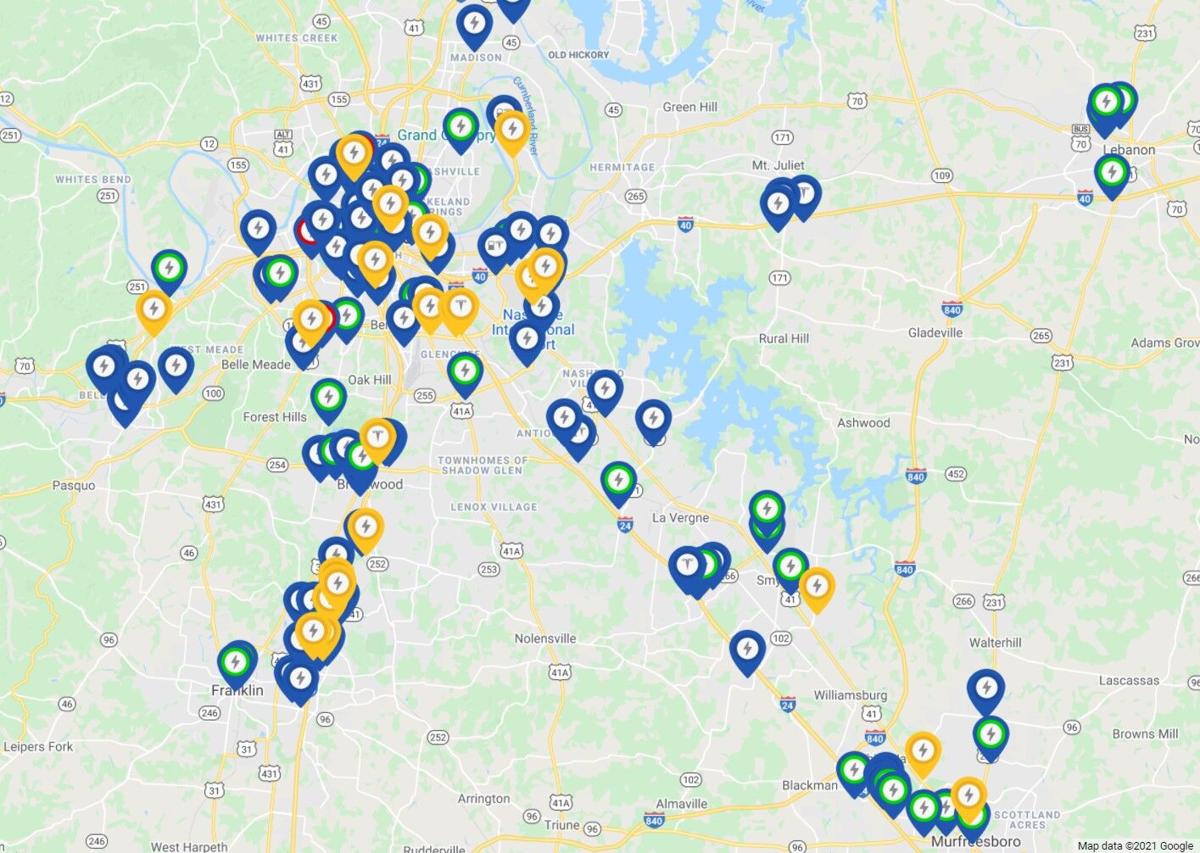 A map of electric vehicle charging stations in Middle Tennessee

The Tennessee Valley Authority and the Tennessee Department of Environment and Conservation are partnering to develop a statewide electric vehicle fast charging network.

According to news release, the TDEC and TVA signed an agreement to collaborate and fund a network of fast charging stations every 50 miles along Tennessee’s interstates and major highways, which aims to triple the existing charging network with the addition of approximately 50 new charging locations.

“This investment in electric vehicle charging infrastructure is a monumental step forward, and I’m proud that Tennessee is leading in this important effort,” Tennessee Gov. Bill Lee said in the news release. “With TVA’s partnership, we will be able to continue our work to protect our environment and improve our transportation infrastructure.”

The expansion of the network aims to promote electric vehicle growth by giving drivers more confidence that they’ll have easy access to refueling stations and reducing “range anxiety."

“Innovative partnerships with state agencies like TDEC and our local power companies are essential in developing one of the nation’s most comprehensive EV fast charging networks, starting in Tennessee,” TVA President and CEO Jeff Lyash said. “Through this partnership, TVA is positioned to be a national leader in electric transportation by making it easier for local power companies to install fast charging stations, which make electric vehicles an easy choice for consumers to make.”

TVA is the nation’s largest public power provider, and said that EV adoption will both create jobs and reduce carbon emissions.

“This agreement shows TDEC’s ongoing commitment to a clean environment,” TDEC Commissioner David Salyers said. “This is an exciting development for Tennesseans, and we are pleased to partner with TVA on this project that will benefit rural and urban communities alike.”

TVA also announced that they are working with a group of local power companies to design a "charging station experience" located close to major highways.

The project is expected to cost of $20 million, and TDEC has committed 15%, the maximum allowable, of the state’s Volkswagen Diesel Settlement Environmental Mitigation allocation to fund light-duty EV charging infrastructure.

Approximately $5 million from this fund is expected to be allocated to the fast charging infrastructure along corridors, while the rest of the project will be funded by TVA and other program partners.

The agreement will support Drive Electric Tennessee’s goal of 200,000 light-duty EVs in Tennessee by 2028.

As of December 2020, 11,034 light-duty EVs were registered in Tennessee, and while that is a small number when considering the more than 2 million vehicles registered in the state, that number is rising.

While cutting gas from your budget may seem nice, some people may still feel that an electric vehicle is just out of their price range.

In October 2020 General Motors announced that their Spring Hill Plant will see a $2 billion investment as it begins to manufacture the Cadillac Lyriq, the company's first all-electric SUV.

A slew of electric vehicles are on the horizon from companies like Jeep, Lexus, Mazda, Nissan, Ford -- and of course, Tesla's Cybertruck which will soon go head to head with the Ford-150 Electric.

PV Magazine reported that EVs are predicted to represent 31% of all cars on the road in 2040. These vehicles could make up 67% of municipal buses, 47% of two-wheeled vehicles such as motorcycles and scooters and 24% of light commercial vehicles.