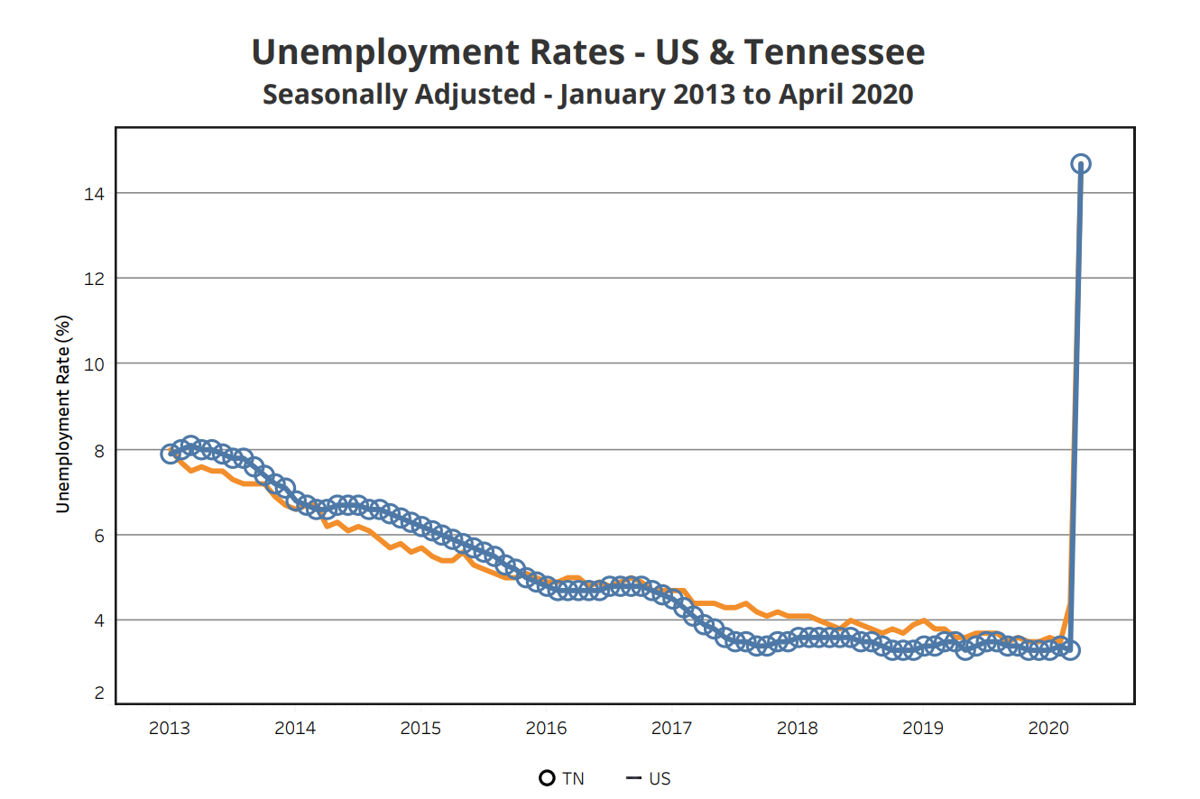 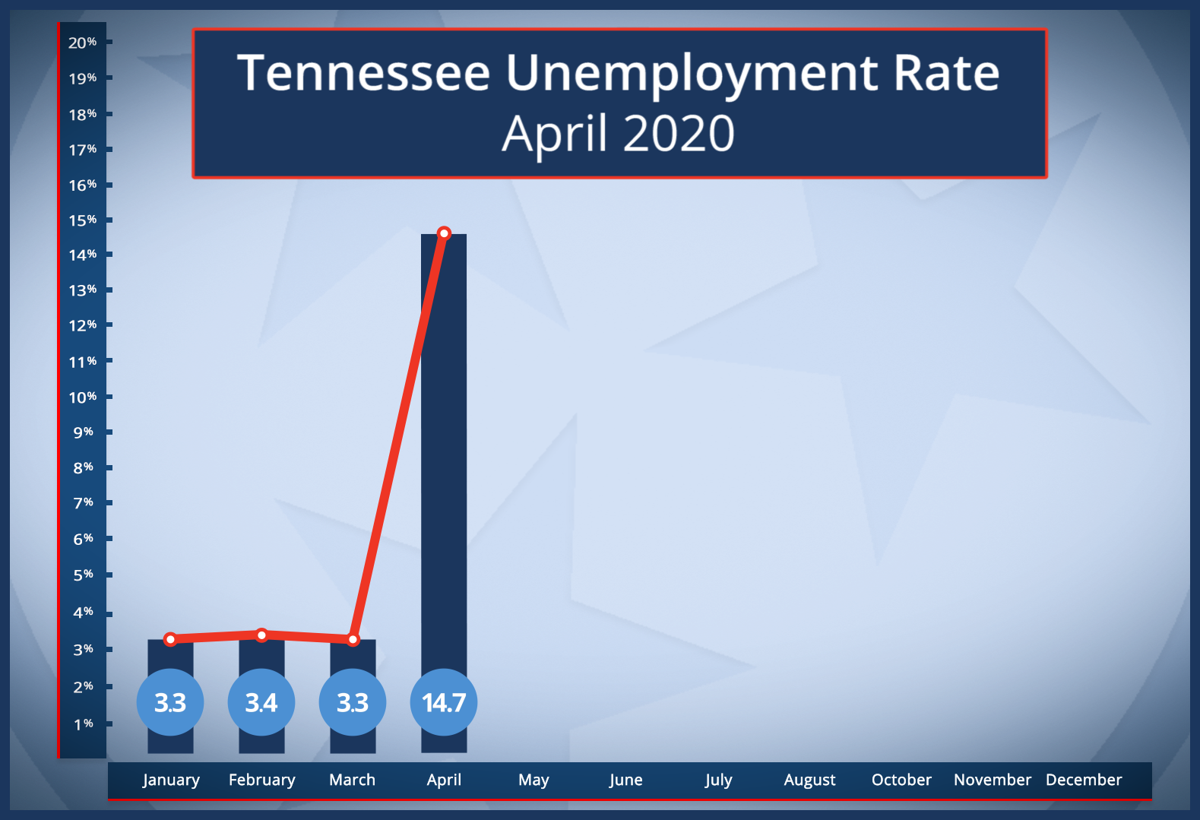 The unemployment rate in Tennessee jumped by 11.4 percentage points from March to April.

After providing weekly updates on new unemployment claims, the Tennessee Department of Labor (TDL) released its official unemployment rate for the month of April Tuesday afternoon, which state officials described as being the "highest unemployment rate in a generation."

Tennessee's unemployment rate for the month of March was 3.3%, which was measured between March 8 - 14 and doesn't reflect the impact of the coronavirus pandemic. Williamson County was reported as having the single lowest unemployment rate in the state in March at just 2.6%.

In total, the state's employment decreased by 376,900 jobs, excluding farm jobs, between March and April, with the largest decreases occurring in leisure, hospitality, manufacturing and business service sectors.

"Tennesseans searching for new employment can find more than 150,000 current job openings on the state’s workforce development website, www.Jobs4TN.gov," reads a release from the TDL. "The site also has information about job retraining opportunities, interview and resume techniques, as well as local job data."

County-specific unemployment rates will be released by the TDL on Thursday, May 28.