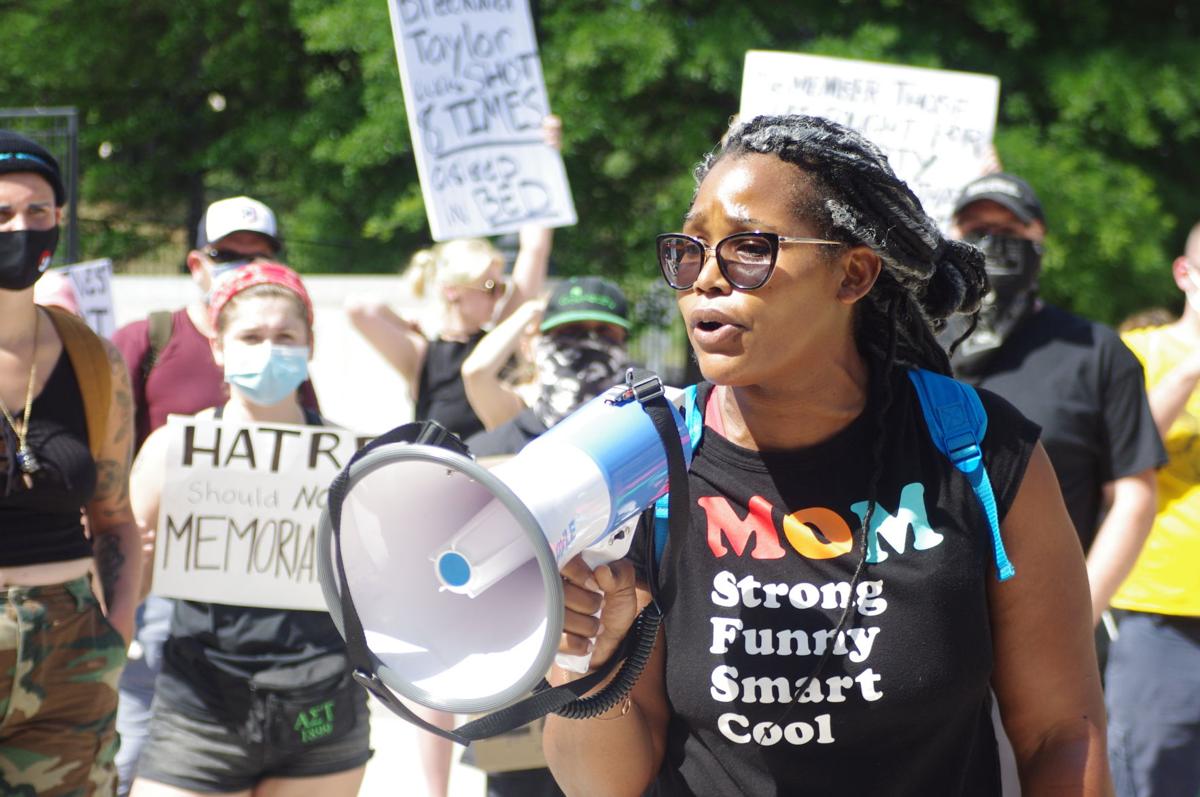 Thompson's Station resident Tonia Andaluz speaks at a demonstration in Nashville demanding the removal of the Nathan Bedford Forrest bust at the State Capitol. 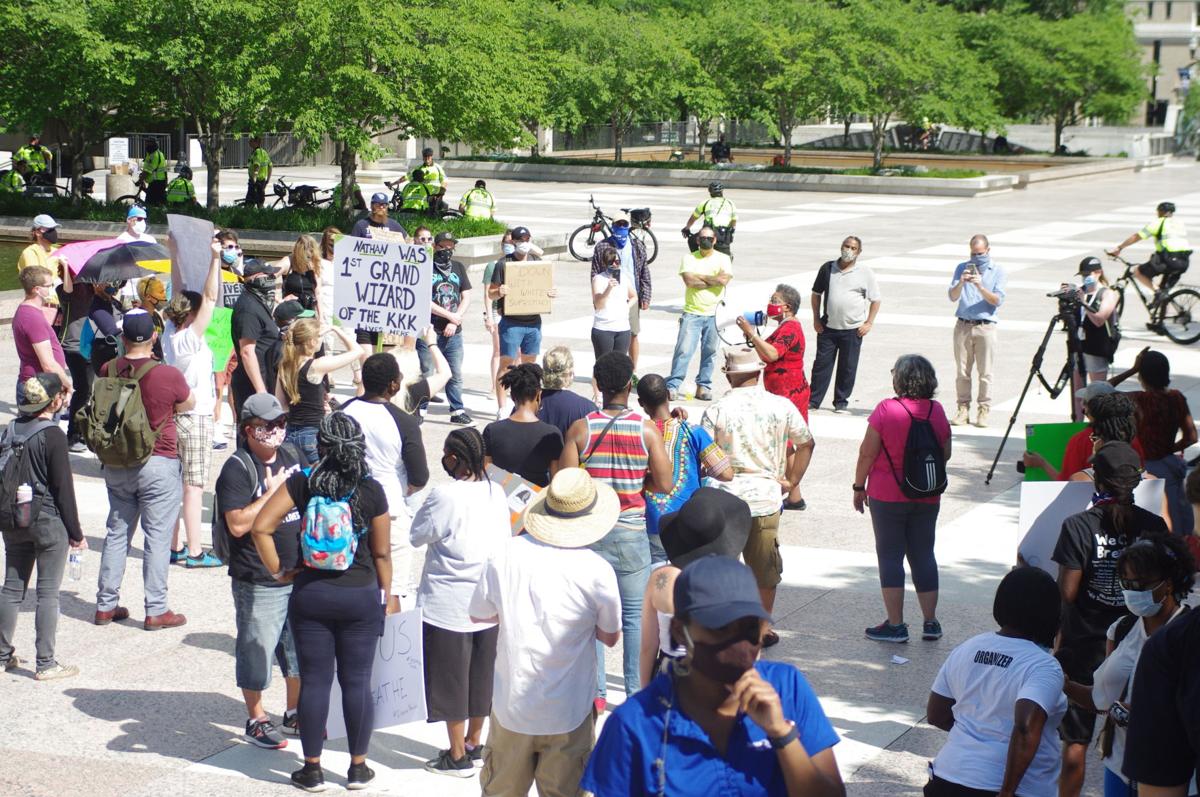 Demonstrators gather at the Legislative Plaza in Nashville demanding the removal of the Nathan Bedford Forrest bust.

One day after state lawmakers shot down a bill that would have removed the bust of Nathan Bedford Forrest from the State Capitol, activists gathered at the Legislative Plaza in Nashville Wednesday, demanding the statue be removed.

Among those speaking at the demonstration was Thompson’s Station resident Tonia Andaluz, a nurse and mother who has struggled with explaining the bust to her three-year-old daughter.

“I brought my daughter to that State [Capitol], and I want to tell her she can be whatever she wants to be in the great state of Tennessee,” Andaluz said into a megaphone.

“I walk past Nathan Bedford Forrest and I choke, because I can't tell her she can be whatever she wants to be because that bust may stop her. It may not speak to her, but the people who keep him in that office will stop her. They will put her in a box so that she can not be the best that she wants to be.”

Given Forrest’s history as a Confederate general, Klu Klux Klan leader and slaveholder, the bust has seen controversy since its dedication in 1978.

Within a year of its unveiling, the bust was damaged by protestors. In response, two crosses were burned in Nashville, including one at the National Association for the Advancement of Colored People (NAACP) headquarters.

The bust has seen calls for its removal from some state leaders over the years, including from Williamson County’s own state representatives Glen Casada and Brandon Ogles. Nevertheless, a bill that would have seen the bust’s removal failed in the Tennessee House committee Tuesday with a vote of 5-11, killing the measure for the immediate future.

“We are telling our children that you cannot be”

At the demonstration, Andaluz said that as long as the bust remains at the State Capitol, it will continue to send mixed messages to not only her child, but to countless Tennessee children who visit the capitol every year.

“Nathan Bedford Forrest is a domestic terrorist; by glorifying and immortalizing him in the State Capitol, we are telling our children you cannot be,” Andaluz said.

“You cannot breathe, don't look to aspire to be anything because we will stop you. That is what that bust says to me, [and] that is what I have to try and tell my daughter is not true.”

Beyond her calls to have the bust removed, Andaluz called for something else she considered to be equally important: including all aspects of Forrest’s life in public education.

“It is important that throughout the year, children are learning about all history,” Andaluz said. “Teach them about Nathan. Before they go to that Capitol Building, teach them about the Battle of Fort Pillow. He won, but he took all the southern soldiers who fought for the Union Army and he killed them - black and white.”

Located roughly 40 miles north of Memphis, Fort Pillow was a Confederate base that had been taken over by Union soldiers in 1862, and was occupied by just under 600 men - half of which were black Union troops.

On April 12, 1864, Forrest's men recaptured Fort Pillow, and despite surrendering, the Union troops were slaughtered under Forrest's orders, according to the written account of Confederate Sergeant Achilles Clark. The slaughter is also believed to have included barbaric acts such as burning men alive and crucifixions.

Despite her disdain for the character of Forrest, Andaluz did not call for the bust’s destruction.

“I am not saying destroy the bust, because if we do not learn our history, we are doomed to repeat it,” Andaluz said.

“Destroy it, who cares,” shouted a participant at the demonstration.

“Because we must learn from it,” Andaluz answered.