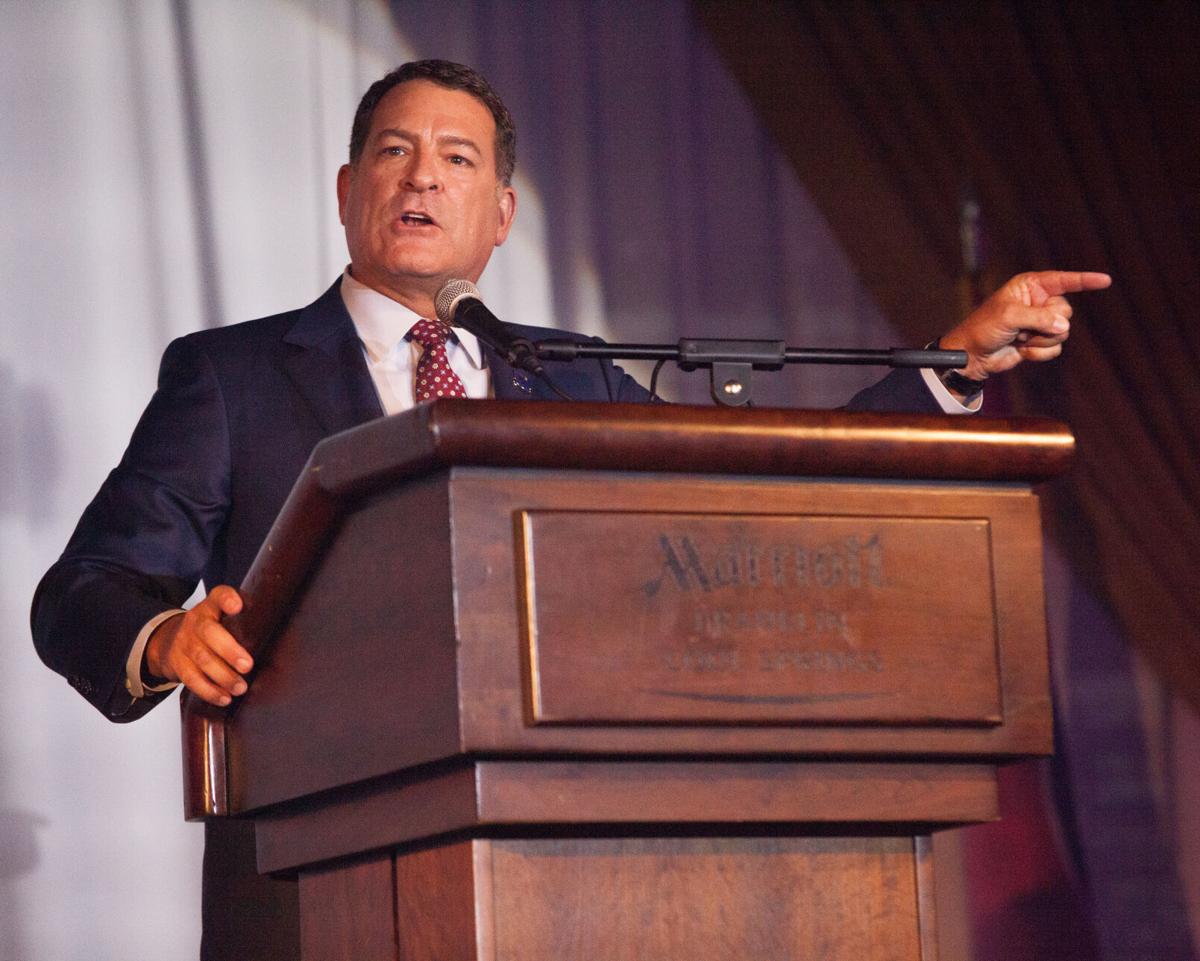 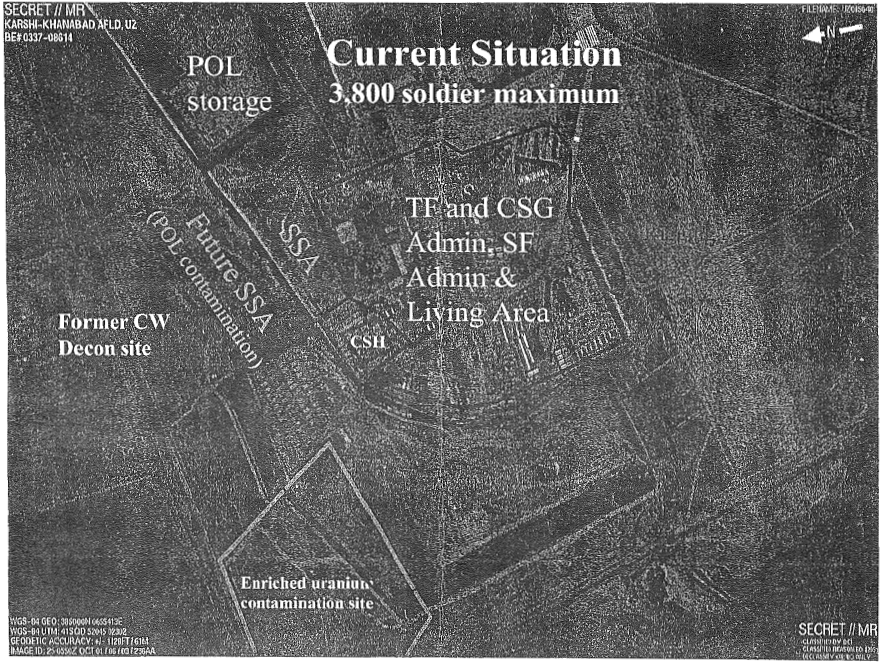 Declassified documents show that the U.S. military was aware of the toxic hazards present at the Karshi-Khanabad Air Base in Uzbekistan back in the early 2000s.

After returning home from Afghanistan in the early 2000s, U.S. Army Lt. Col. Timothy Brooks' health soon began to deteriorate. Months of headaches and exhaustion ensued, with Brooks ultimately collapsing during a pre-deployment ceremony at Fort Drum, New York, in 2003.

Diagnosed with stage three brain cancer, Brooks died a year later at the age of 36.

Brooks was just one of thousands of servicemembers who were stationed at the Karshi-Khanabad Air Base - known as K2 - in eastern Uzbekistan following the U.S. invasion of Afghanistan in 2001. In newly declassified documents, studies by the U.S. military conducted on the base in 2001, 2002 and 2004 reveal that the base was riddled with potentially cancer-causing toxic hazards.

Those documents listed reports at K2 - a former Soviet Union base - of "black goo" seeping through the soil and ponds glowing green.

U.S. Rep. Mark Green, who represents Williamson County as part of Tennessee's 7th Congressional District, saw a big victory this week in seeing that troops stationed at K2 be properly cared for by Veterans Affairs.

On Tuesday, the U.S. House of Representatives passed the National Defense Authorization Act (NDAA), the annual military appropriations bill which includes raises for military personnel. In one of the first major victories for Green's mission to provide care to K2 veterans, a bill that Green had been working on since February was attached to the NDAA as an amendment.

Dubbed the Veterans Toxic Exposure Accountability Act of 2020, Green's bill that he had written alongside U.S. Rep. Stephen Lynch (D-MA) would compel the Department of Defense (DOD) to launch a study to determine whether or not there are increased instances of cancer in those who were stationed at K2.

Were the study to find a clear correlation between K2 troops and increased cancer rates, those veterans would more easily receive treatment for their ailments.

"These are my brothers and sisters - I was in the unit that flew those guys into Afghanistan, I passed through K2," Green said, being a U.S. Army veteran himself.

"I've also had cancer; I've sat in a chemo ward and made friends with somebody who died. I made a promise when I first went to the Tennessee State Senate, I said my first bill will be a pro-veteran bill. I made the same promise when I came [to Washington]."

Green said that he was first tipped off to the potential health risks posed to troops stationed at K2 back in December of 2019 by an old friend.

"A very good friend of mine, who was also a flight surgeon for one of the special forces units that was assigned to K-2, reached out to me and said 'hey Mark, you've got to look into this' and [told me that] there's a document out there that the DOD has that's classified that is a report on the toxins that're there," Green said.

"So one of the first things I did is, in February, myself and Representative Lynch launched a request for DOD to release those classified documents, which they did in April. That was basically disclosing the toxins that they measured when they did their site surveys."

Mrs. Brooks, who has advocated for other K2 veterans for years, called Green in late December of 2019 to express her support for his pursuits. Green said that when his first version of the bill passed in the House in February, both his congressional and military colleagues were "ecstatic."

"The other House members, they were ecstatic, they jumped right on board - my special operations and special forces buddies that were in the units with me, they were very excited too," Green said.

"You talk to Mrs. Brooks - Lt. Col. Tim Brooks' wife - and it just rips your heart out... she watched her husband - a healthy young man - die of brain cancer. They are very happy, they see this as a positive first step."

While there was a study on the cancer rates of K2 veterans conducted in 2015, its small sample size led its findings to not be sufficient enough for Veterans Affairs to establish a causality between being stationed at K2 and higher risks of cancer, according to Green.

The new study that will be launched after Green's bill passed as an amendment to the NDAA this week, which Green said should start "pretty quickly," will use a much larger sample size with the intent of proving without a doubt that K2 veterans have an increased risk of cancer.

Green said that given the scope of the study, it "may take a little longer," but anticipated it could be completed within a year and a half.

"Compare [this] to Agent Orange; the last American troops were in Vietnam in 1975, the first claims for Agent Orange happened in 1977 - the first bill was written in 1991," Green said. "The last bill to fix the Blue Water piece was 2020 - we're not doing that to these guys."