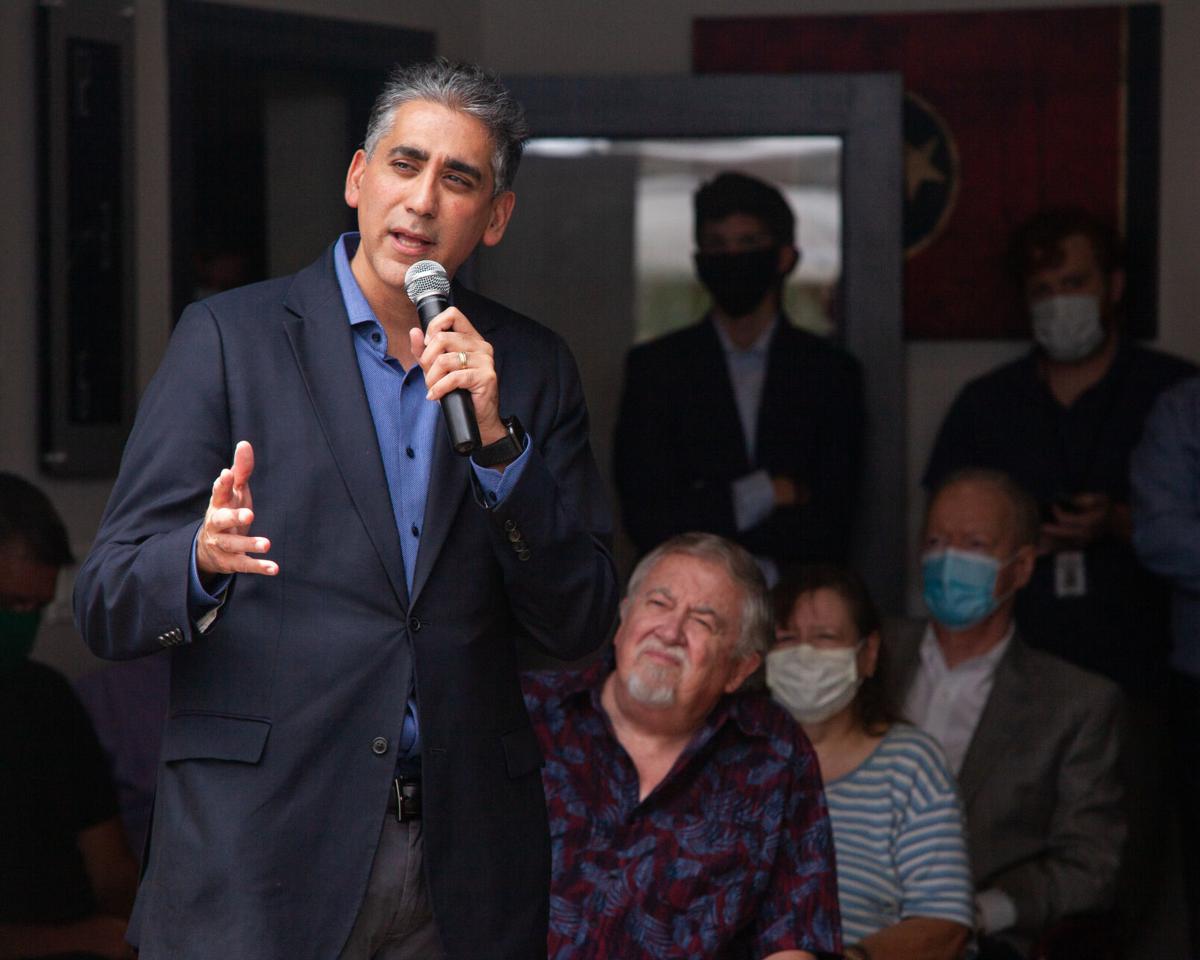 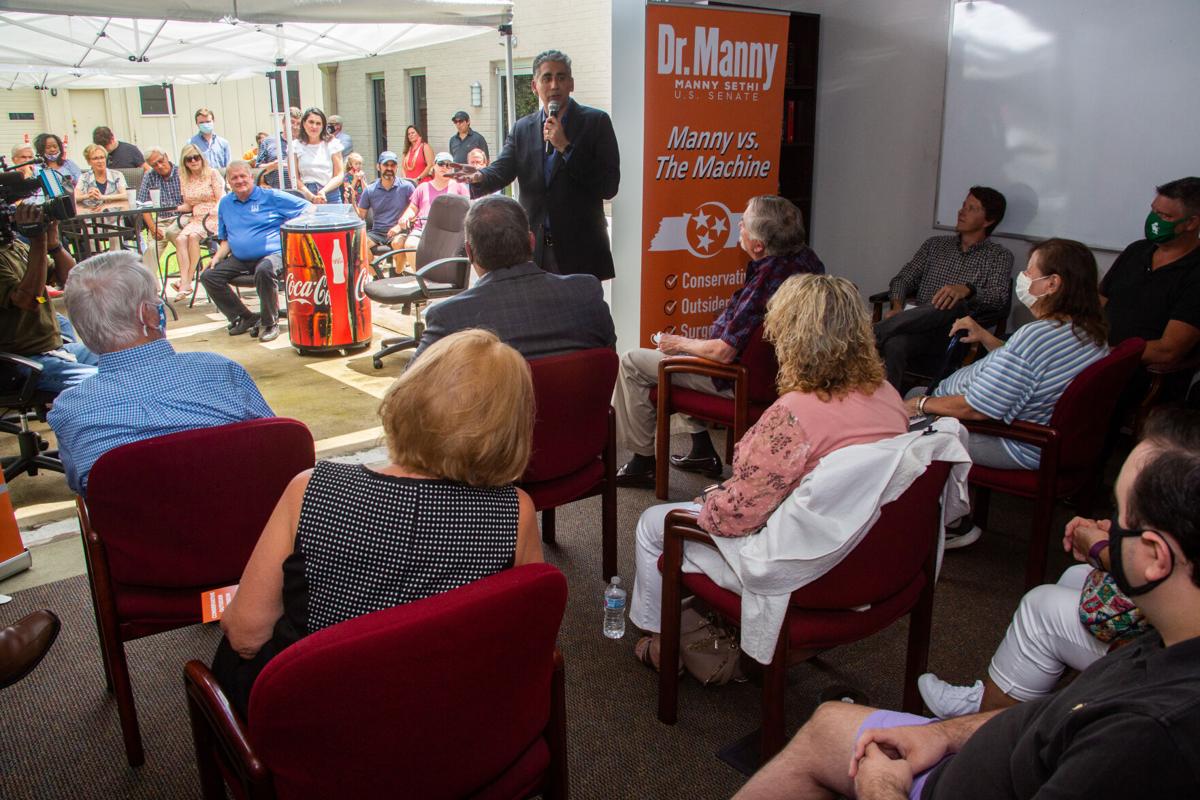 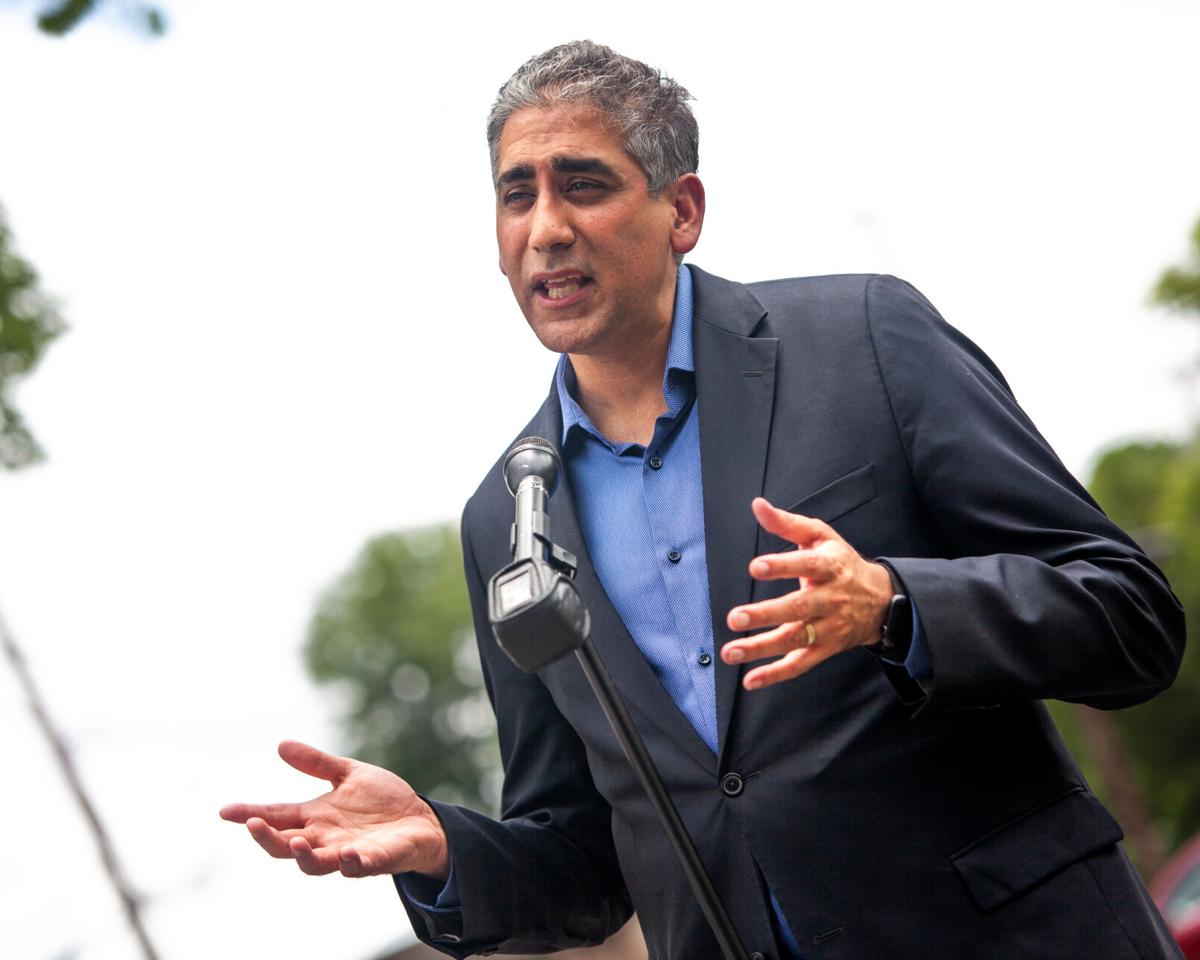 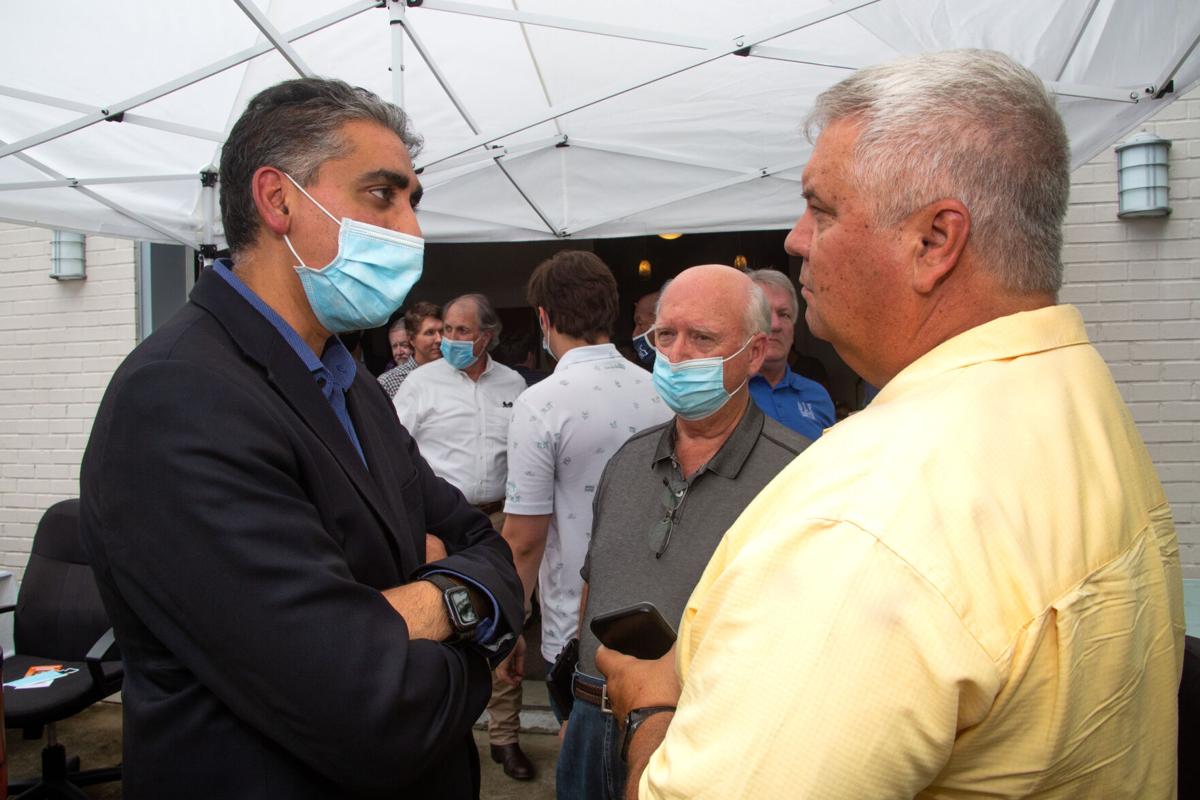 U.S. Senate Candidate Dr. Manny Sethi talks with voters at a campaign event at Partin and Associates in Brentwood on July 30, 2020.

Candidate for U.S. Senate Manny Sethi made an appearance in Brentwood Thursday where during an open townhall, the Senate hopeful championed his political outsider status as a trait that would make him and him alone capable of instituting “meaningful change” in Washington.

The race for Sen. Lamar Alexander’s seat has been described by Politico as the “nastiest Republican primary in the country,” with the two highest polling Republican candidates — Sethi and Bill Hagerty — throwing jabs at each other over the past few weeks.

During the townhall Thursday, Sethi pushed back against Hagerty’s attack ads, claiming them to be false, yet also called his opponent “a good man” and encouraged him to “think about the example he’s setting for his children.”

“[The negativity] is driven by my opponent and his millions of dollars of swamp money, making baseless attacks on me and my family,” Sethi said.

“He is making up stuff, but here's the deal. I really believe in the ability of Tennesseans to figure out what's real, and the things I've heard across the state are that the tide is really turning even further against him because people don't like negative campaigning, and they don't like being lied to.”

Among the claims levied against Sethi by Hagerty’s campaign include Sethi "donating to liberal Democrats" and "supporting Obamacare."

With regard to the claim that he had donated to Democrats, Sethi explained that in 2008, he had given $50 to “a friend’s brother-in-law who was running for congress” by purchasing two T-shirts, which he described in jest as now being “the most expensive T-shirts in the history of T-shirts.”

Despite Sethi condemning Hagerty’s campaign for its accusations, Sethi still heaped praise on his opponent’s character and family, and urged him to rethink his campaign strategy.

“I think it's unfortunate, because I believe the ambassador's a good man; I've met him, I've met his family, and I would just encourage him to think about the example that he's setting for his children and others in just making a campaign spending millions of dollars in attacks,” Sethi said.

Beyond his thoughts on his opponent, Sethi also covered a wide range of topics during the townhall, among the first being bringing manufacturing back to the U.S. and out of China.

“I was on the front lines of this COVID-19 stuff in the ICUs and the trauma bays, [and] I saw it; our gowns, our gloves, our masks, 20 of our medications... folks, we don't make them here, and for the last three decades as the Washington Republican establishment shipped our jobs and our supply chains down the road to China,” Sethi said.

“They told us these people are our friends — well, they are not, and this is a national security issue. In the U.S. Senate, I will fight my heart out for a second industrial revolution in this country. We have to bring those jobs back, we have to bring those supply chains back — it has to happen.”

“The single greatest broken political promise in American history, and the question is this: why did they fail us, why couldn't they get it done? Because they had no plan, and that's something I got.”

“It's a free market-based plan with three very simple things. Pricing transparency, got to know what you pay for. The individual insurance market without the hand of government, and third and finally is prevention.”

“Look, in our country we pay to treat disease; heart attacks, strokes and diabetes, but we won't spend five cents to talk about pre-diabetic management. We've got to change, we got to start thinking about prevention in America.”

“It is not racist to talk about illegal immigration, we've got to have this conversation,” Sethi said.

“Where have the Republicans been for the last 50 years? They talk a big game and then they go to Washington and nothing happens. We need meaningful change, we need to end chain-based migration, we need a merit-based system, we need to build the southern border wall, and we need to end birthright citizenship for illegal immigrants, that time has come.”

“I think the best stimulus for any economy is opening the economy, and I think a lot of these incentives, giving these unemployment benefits are paralyzing small business because they literally can't find employees,” Sethi said.

“I was at this biscuit store in Warren County yesterday, and a woman told me that she literally cannot find people to work there because they're making more money staying at home. So why would the federal government disincentivize people from working?”

“I think that's crazy, and that's why we need people who come from outside of government to go up there and put some sense into these people.”

“I think the people I've talked to across Williamson County really want a true conservative, they want someone who comes from outside of government, who is tired of the same old same old, who's not going to go up there and say one thing and do another,” Sethi said.

“They want meaningful reform with illegal immigration, they want to get rid of Obamacare, and that's why our message has resonated so very powerfully in Williamson County.”

“They just don't want Mitt Romney's national finance chairman — I think that that decision's been made, and no amount of attacks, or mudslinging, or dragging my family through the mud is going to change that. I believe the time for change has come in Tennessee, and people are ready for a Christian conservative outsider in the U.S. Senate.”