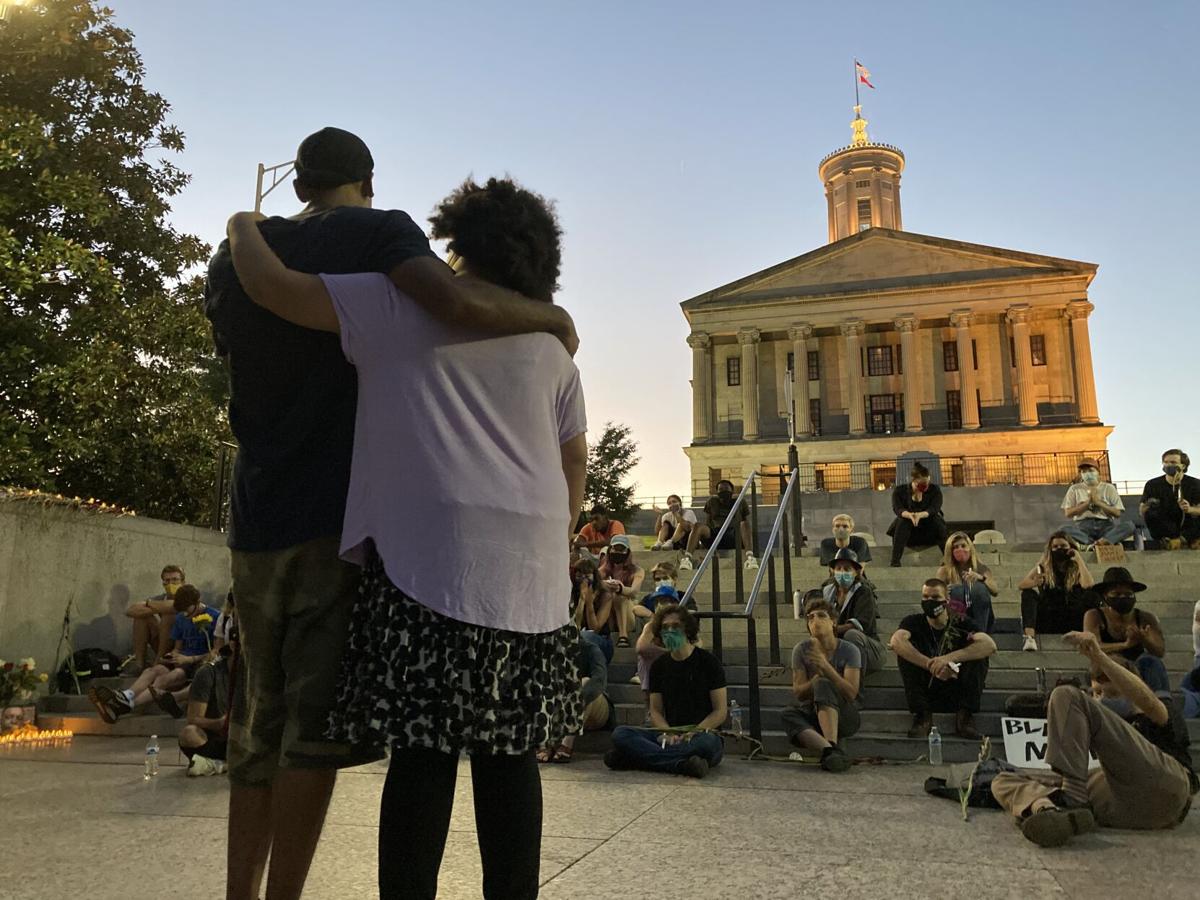 Two attendees at the vigil for Trayford Pellerin embrace on the Legislative Plaza in Nashville. 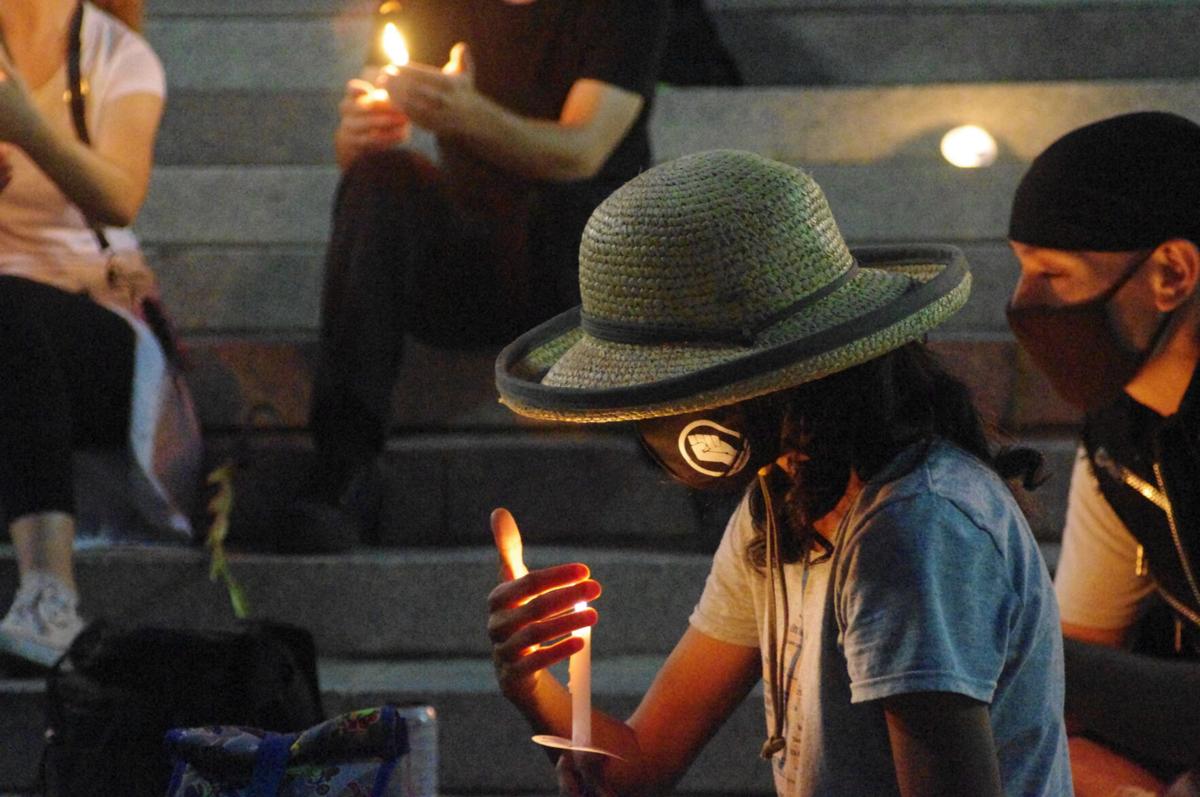 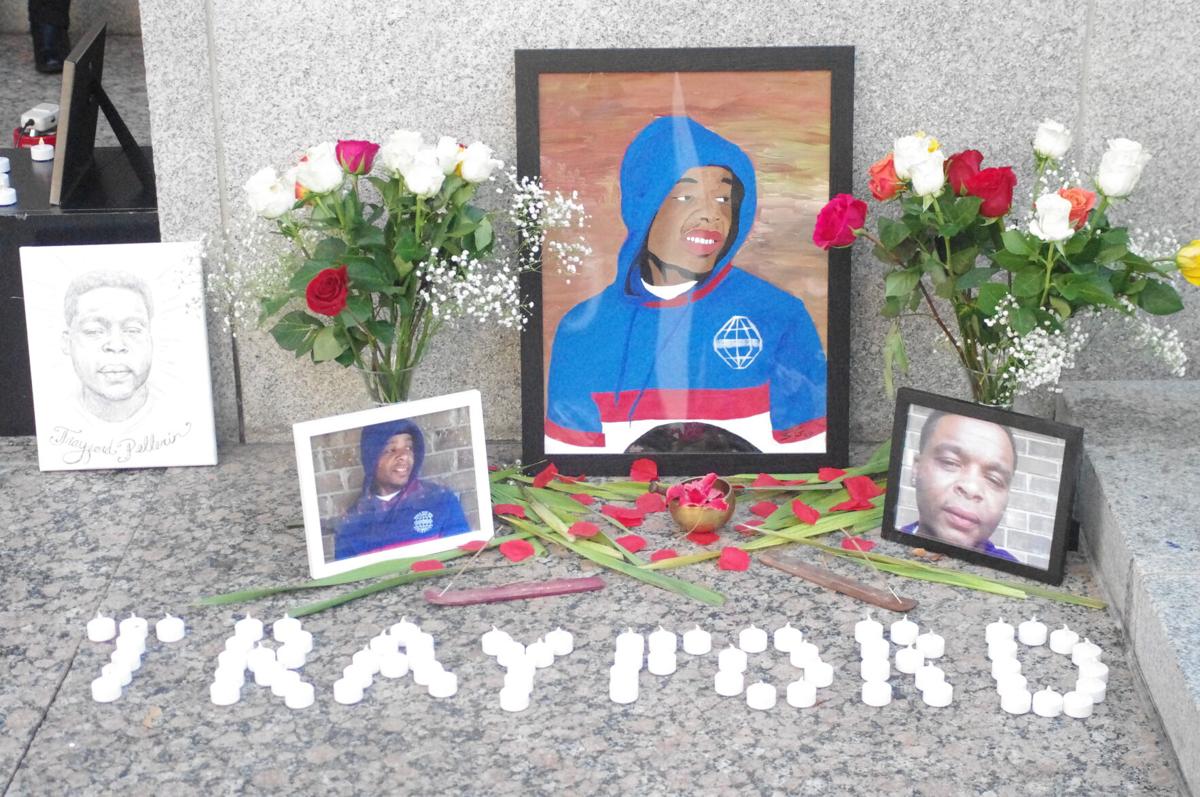 A memorial for Trayford Pellerin lays against the Plaza wall during the vigil. 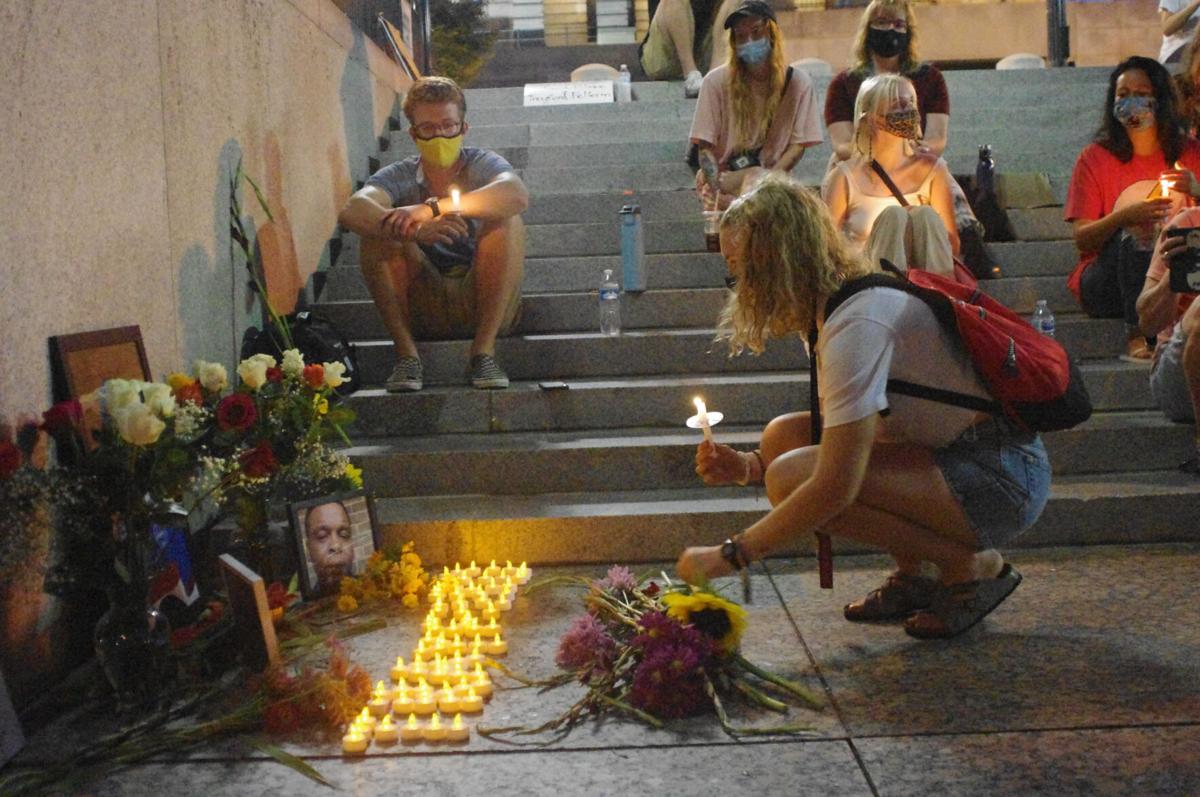 A woman lays flowers down in front of a makeshift memorial to Trayford Pellerin.

Around 100 people were gathered at Nashville’s Legislative Plaza Tuesday in remembrance of 31 year-old Trayford Pellerin, a Louisiana Black man who was fatally shot by Lafayette Police on Friday.

While mostly composed of Nashvillians, the vigil had drawn people from several different counties, including Williamson. Franklin resident Angel Stansberry and Brentwood resident Sully Barrett were among them, and have both played pivotal roles in the ongoing Capitol Hill sit-in that has persisted for more than 70 days.

The shooting of Trayford Pellerin

The Lafayette Police Department released a statement on Saturday detailing the incident.

In the report, police say that it had responded to a “disturbance involving a person armed with a knife at a convenience store” Friday at approximately 8 p.m. After officers made contact and tried to apprehend him, Pellerin fled, and a foot pursuit ensued.

Officers deployed tasers at Pellerin, but they “were ineffective,” according to the report. It was only after Pellerin attempted to enter a convenience store with the knife that officers opened fire, fatally wounding the 31-year-old.

The killing has sparked protests in Lafayette, and has been condemned by organizations such as the American Civil Liberties Union, who in a statement called the shooting "inappropriate and excessive" considering Pellerin appeared to be moving away from the officers when shot.

“This is what it’s going to take”

At 20 years-old, Barrett has helped with the Capitol Hill sit-in since day one on June 12, and estimates that he’s traveled to Nashville to participate in the demonstration somewhere between 60 and 100 times. Barrett also handles social media and photography for the demonstration - a tool, Barrett hopes, that he can use to inspire more Williamson County residents to participate in the sit-in.

Having grown up in Brentwood, Barrett said that he hopes his connection to the city and its people will help grow the ongoing movement towards racial justice.

“A big part of what I do here is working on social media, posting photos, trying to capture every moment of this movement, and what I'm hoping is [that] because I was raised in Williamson County, I have a lot of connections [there] - I'm hoping that trickles over some more,” Barrett said.

The march around the State Capitol Building

After a few select speakers spoke in remembrance of the slain Louisiana man, framing the loss in terms of racial injustice and inequality, the hundred or so participants began a march around the State Capitol Building, candles in hand.

Reciting the 1920s gospel song "This Little Light of Mine," participants made their way to the Liberty Bell replica on the northeastern side of the State Capitol Building, ringing the bell multiple times while surrounding it.

Participants then continued their trek around the building, Tennessee State Troopers onlooking in silence from a distance.

Having returned to the Legislative Plaza, participants then laid flowers at a makeshift memorial to Pellerin. The majority of participants soon left - save for those continuing to occupy the Plaza until granted an audience with Tennessee Governor Bill Lee.