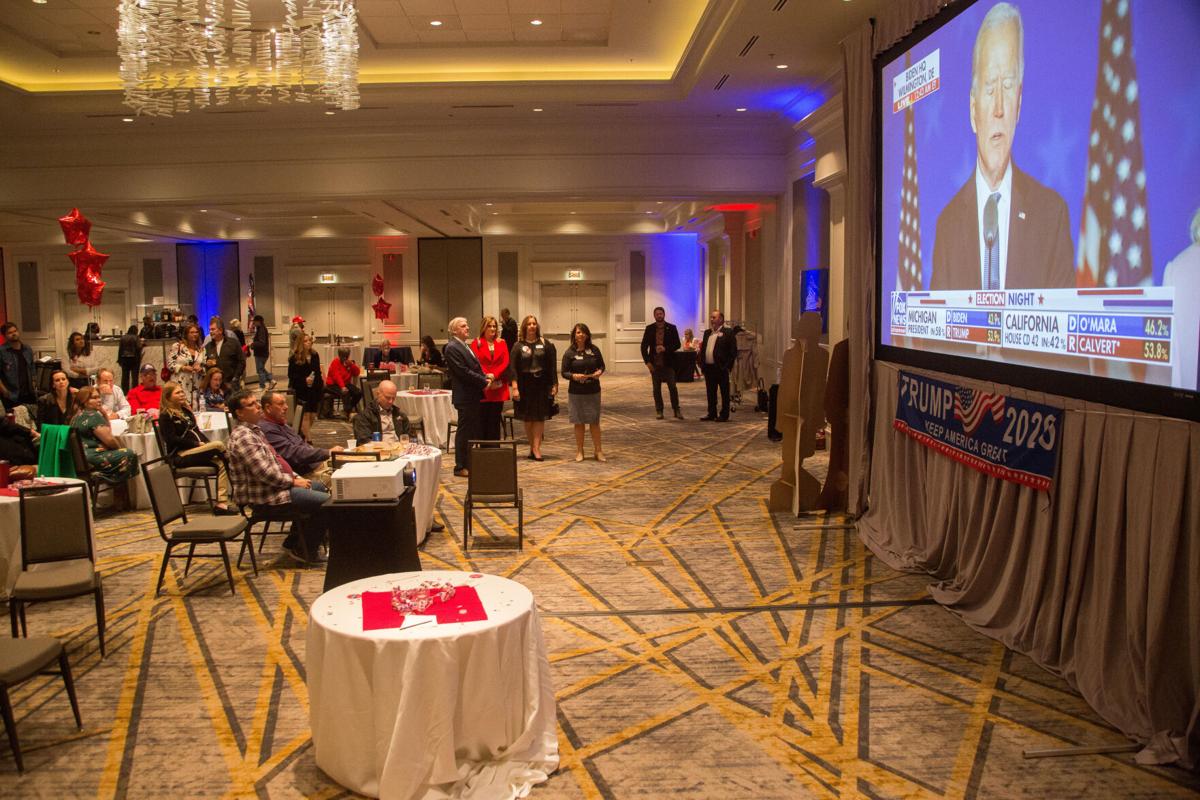 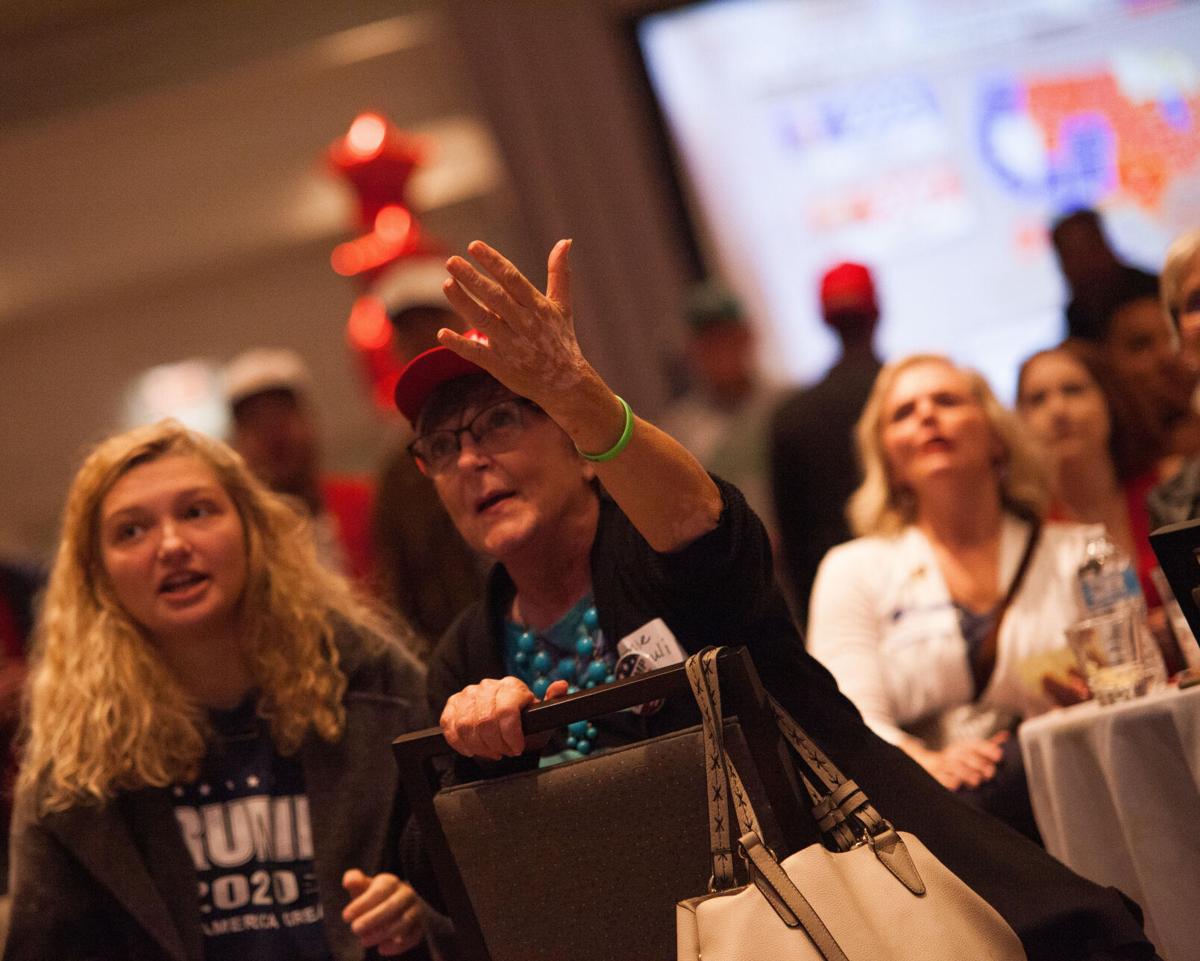 By 10 p.m. the crowds began to thin, leaving several dozen supporters glued to the coverage as the race for the presidency grew tighter throughout the night.

By 11:40 p.m. Democratic nominee Joe Biden addressed his supporters telling them that he believed that his campaign was “on track to win,” which caused some Trump supporters to boo while others flipped off the oversized on-screen Biden.

By midnight the watch party was wrapping up with hotel workers clearing off tables of discarded wine glasses, beer bottles and plates covered in plastic red, white and blue confetti.

Williamson County Republican Party Chairman Cheryl Brown said that the enthusiasm of Republican voters has translated into votes this election season, and although the numbers were not final on Tuesday night, Brown said that she fully believed that President Trump will win his reelection bid.

Brown said that regardless of the lack of final numbers that the event was a success for the Republican voters and party of Williamson County.

Brown added that a Trump win would mean continued enthusiasm for the local party while a Biden win would be demoralizing, adding that she does not recognize the contemporary Democratic Party.

Around 1:20 a.m. central President Trump addressed his supporters from the White House where he said that “a really sad group of people is trying to disenfranchise that group of people” referring to Democrats and Republicans respectively.

Trump then called for “all voting to be stopped” and said that he was going to petition the U.S. Supreme Court to take up the election results that Trump said that his campaign won, while simultaneously calling the election “a fraud on the American people.”