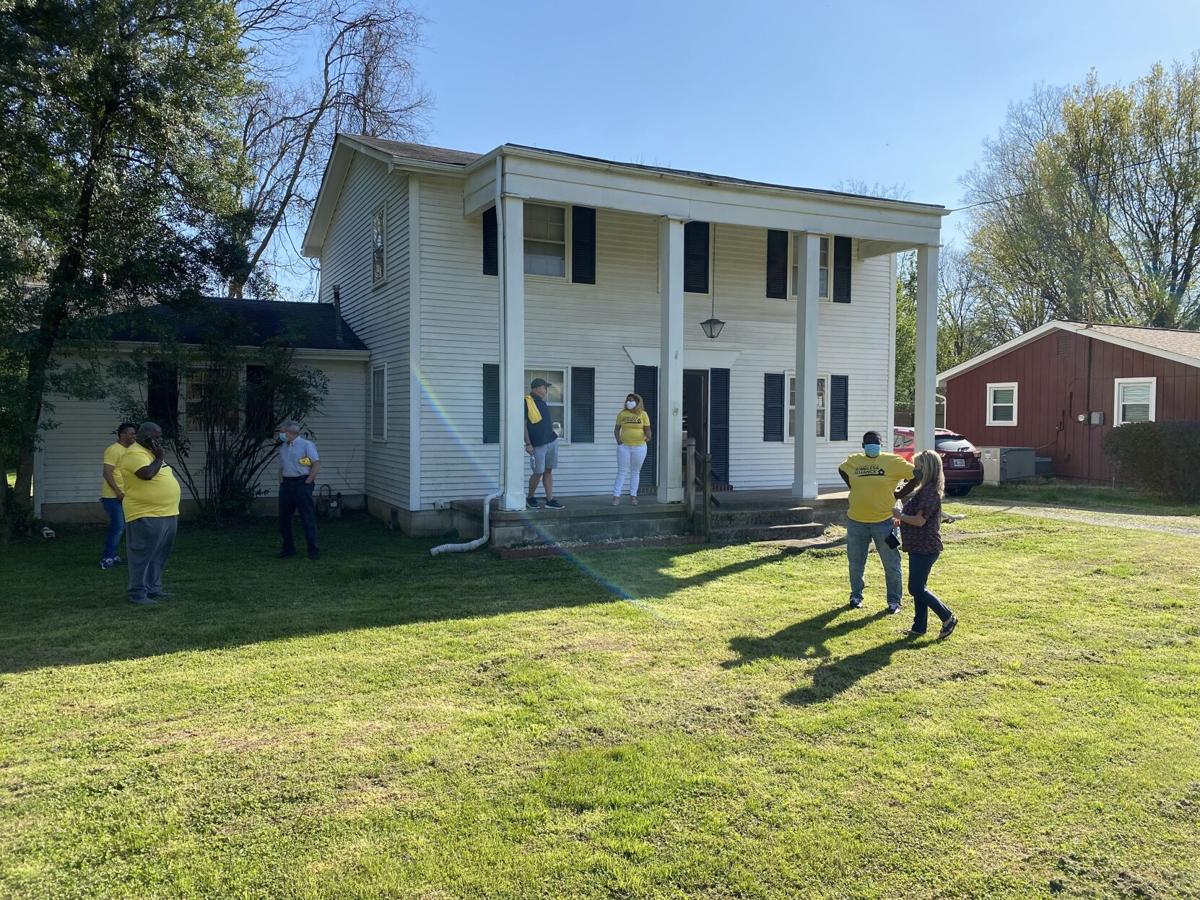 The new group home, named the John & Joyce McMillen House, will allow for the Williamson County Homeless Alliance to shelter up to eight people struggling with homelessness at a time. 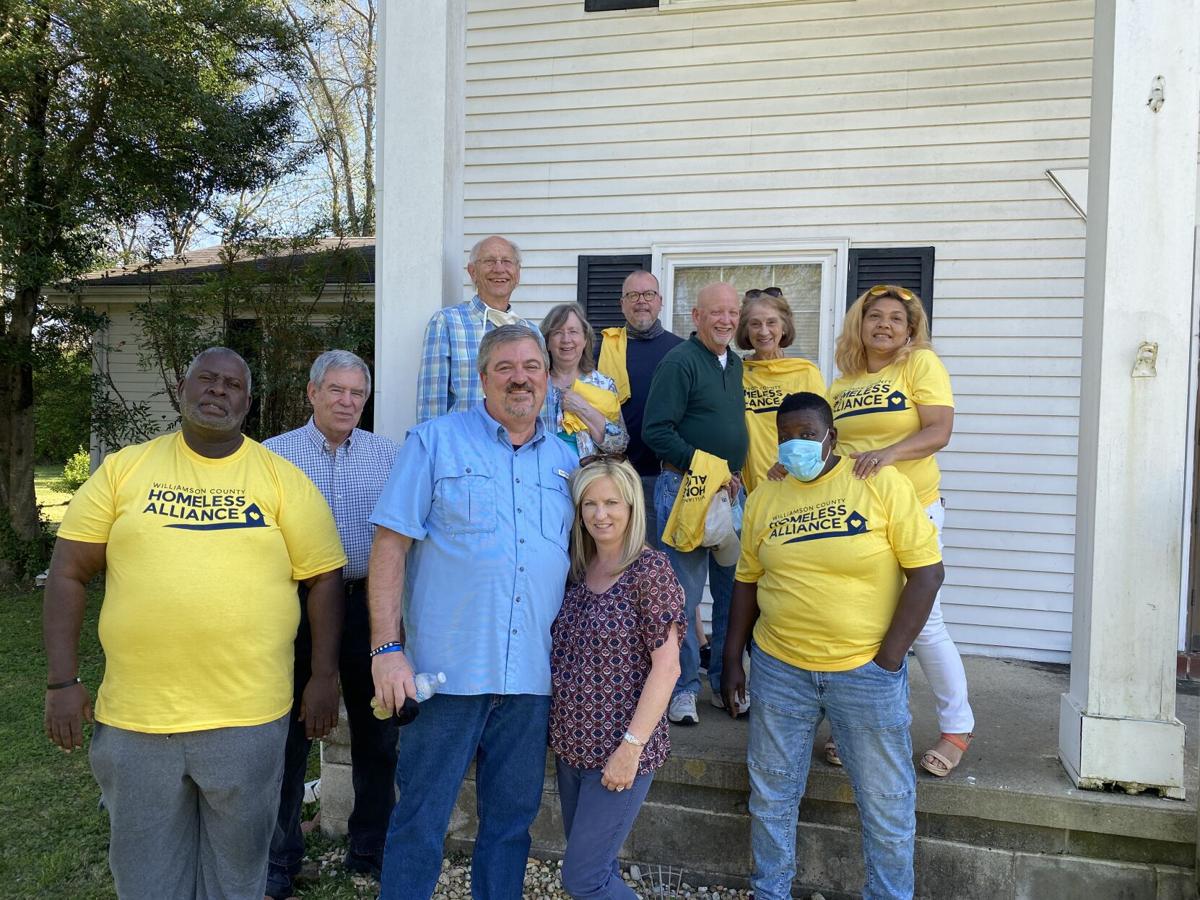 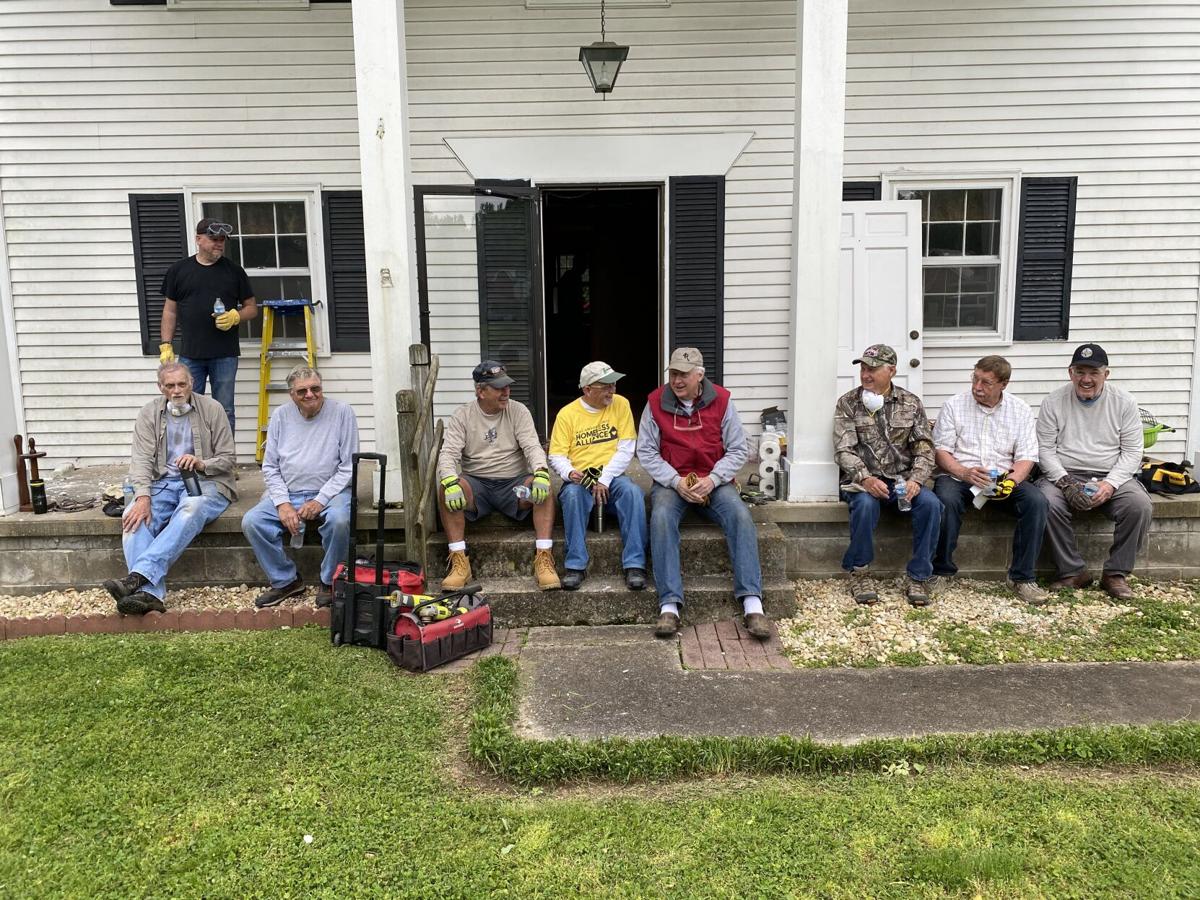 Members of the Church at West Franklin rest after volunteering their time on May 8 to work on the group home in preparation for remodeling.

The Williamson County Homeless Alliance, a coalition of local churches, community leaders and nonprofit organizations that works to combat homelessness in the county, finally have a group home to call their own after working for years to establish a permanent refuge for local people struggling with homelessness.

Unrelated to the recent purchase of the new group home, the WCHA was also awarded a $1 million reimbursable grant from the Tennessee Housing Development Agency, something WCHA President and local Pastor Kevin Riggs called "a huge step forward" for his nonprofit organization.

"The house and the grant are a huge step forward in our goal of being a place of rest, recovery, and holistic assistance," Riggs said. "We are working hard to provide a community wide plan that will move people from homelessness to housing in a short period of time."

Riggs conceded that homelessness was not something that could ever be fully eradicated, however, the Williamson County community could reach what he called "functional zero" when it came to homelessness, which he described as the ultimate goal for the WCHA.

Functional zero, as Riggs described, was essentially putting measures in place so that when people do experience homelessness, an abundance of resources are available to ensure that period is "rare, brief and rapidly fixed."

Named after the parents of Rohanda Kemp, whose donation to the WCHA allowed for the nonprofit to purchase the building, the John & Joyce McMillen House group home is located at 599 West Meade Boulevard in Franklin and will house up to eight individuals.

While not the end-goal for the WCHA, the new group home will serve to house those struggling with homelessness with disabilities, and will provide its temporary residents with supportive services such as counseling and case management.

Riggs said that the WCHA hopes to have the home operational by the end of this summer, and that the property is large enough to potentially build a second group home on the site.

The $1 million grant from the THDA is a reimbursable grant, which means the WCHA must use its own funds first and then submit an invoice to the THDA for reimbursement. Nevertheless, Riggs said the grant will help fully fund the WCHA program for an entire year.

Given that the WCHA must first use its own money to fund its efforts in combating homelessness, Riggs still urges individuals, businesses and churches to consider supporting the nonprofit's efforts through food, supply or monetary donations.

Where the Williamson County Homeless Alliance goes from here

While securing a permanent group home and the $1 million grant were huge steps forward for the WCHA, the nonprofit's goal of reaching functional zero is still far off.

Currently, the WCHA still houses those struggling with homelessness temporarily in hotels. The organization also houses people in churches that have partnered with the WCHA when temperatures rise or fall to dangerous levels.

As of Tuesday, May 18 ,the WCHA has partnered with seven churches. The goal, Riggs explained, was to partner with 31 churches in the county that would be willing to house those struggling with homelessness for one day a month, effectively allowing for there to be a nightly shelter 365 days a year.

Riggs urged local churches to consider partnering with the WCHA, asking any interested parties to contact him by phone at (615) 440-7553.

"When we get 31 churches and can provide emergency shelter every night of the year, then we will have all four components and be on our way to reach functional zero," Riggs said. "I can see this goal in reach and it is very exciting."

Those interested in supporting the WCHA’s mission may make a tax-deductible donation online by clicking here. Additionally, those looking to support the WCHA further, or to see how to get involved are encouraged to contact Riggs at (615) 440-7553, or via email at [email protected].