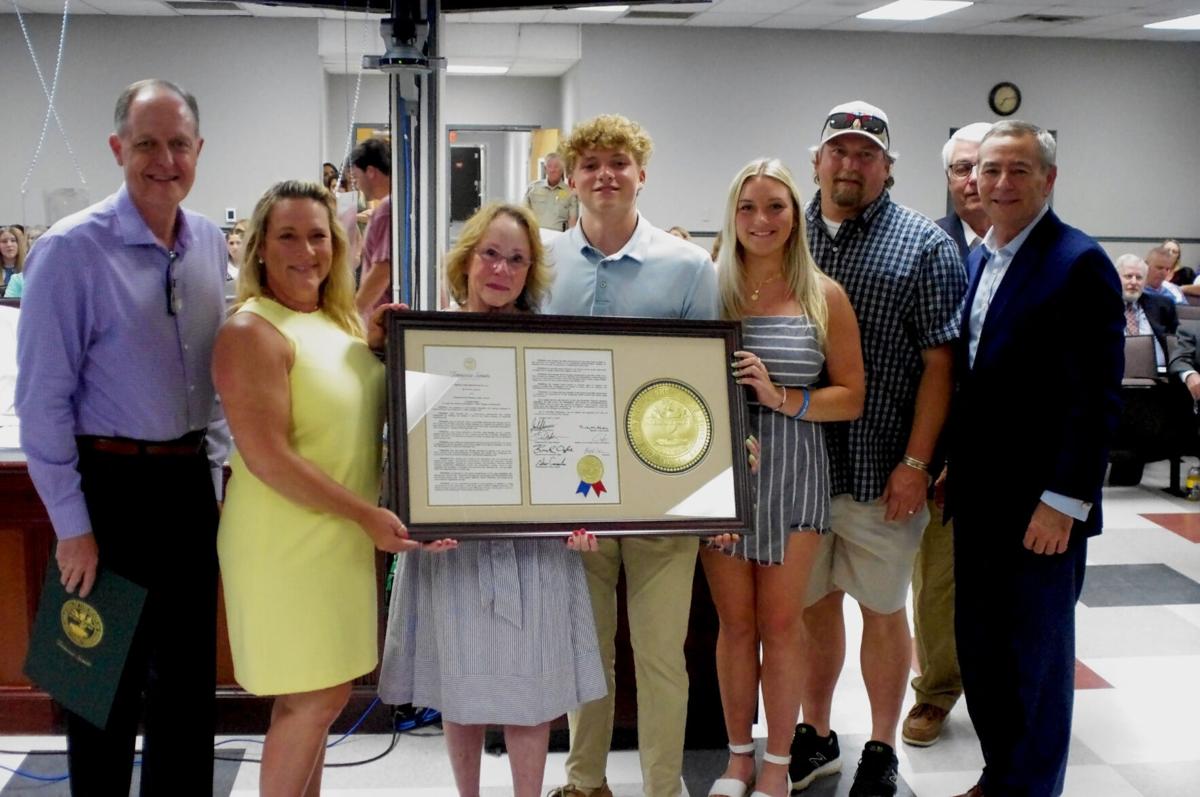 Richard 'Rick' Buerger's surviving family holds a plaque recognizing the wealth of contributions the Williamson County icon made to his community. 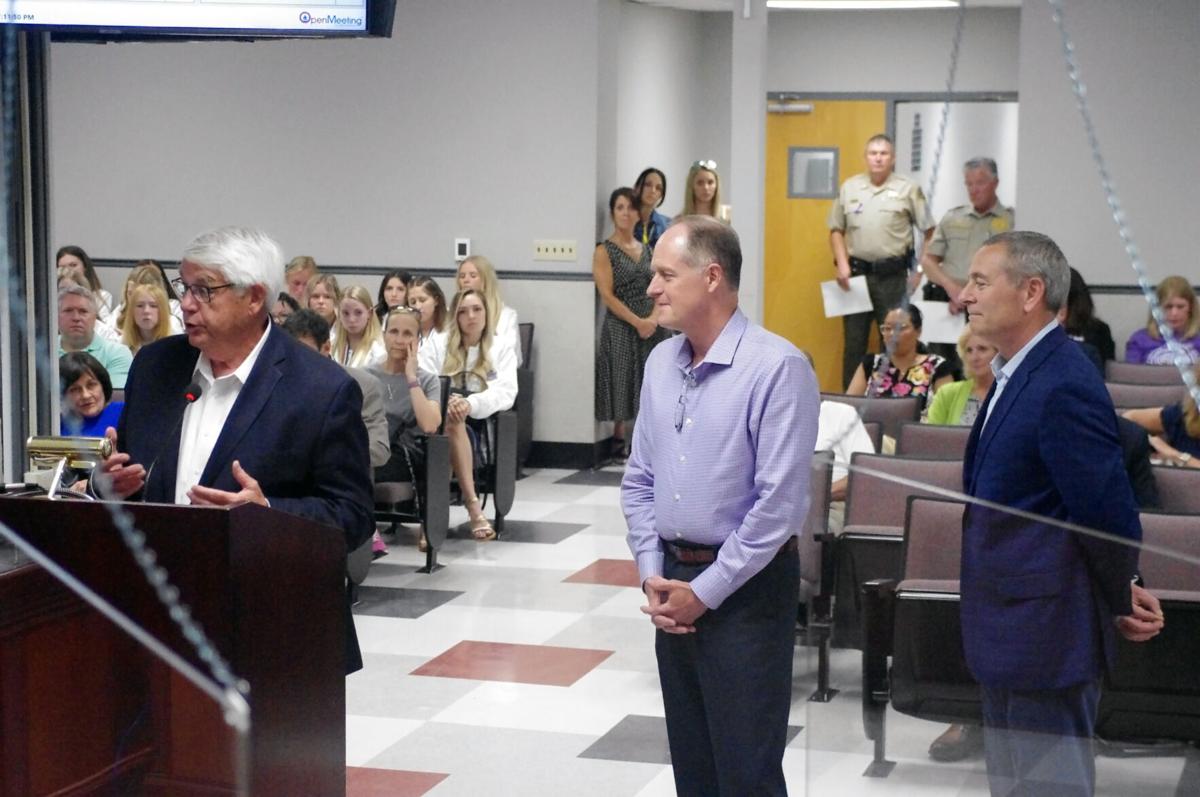 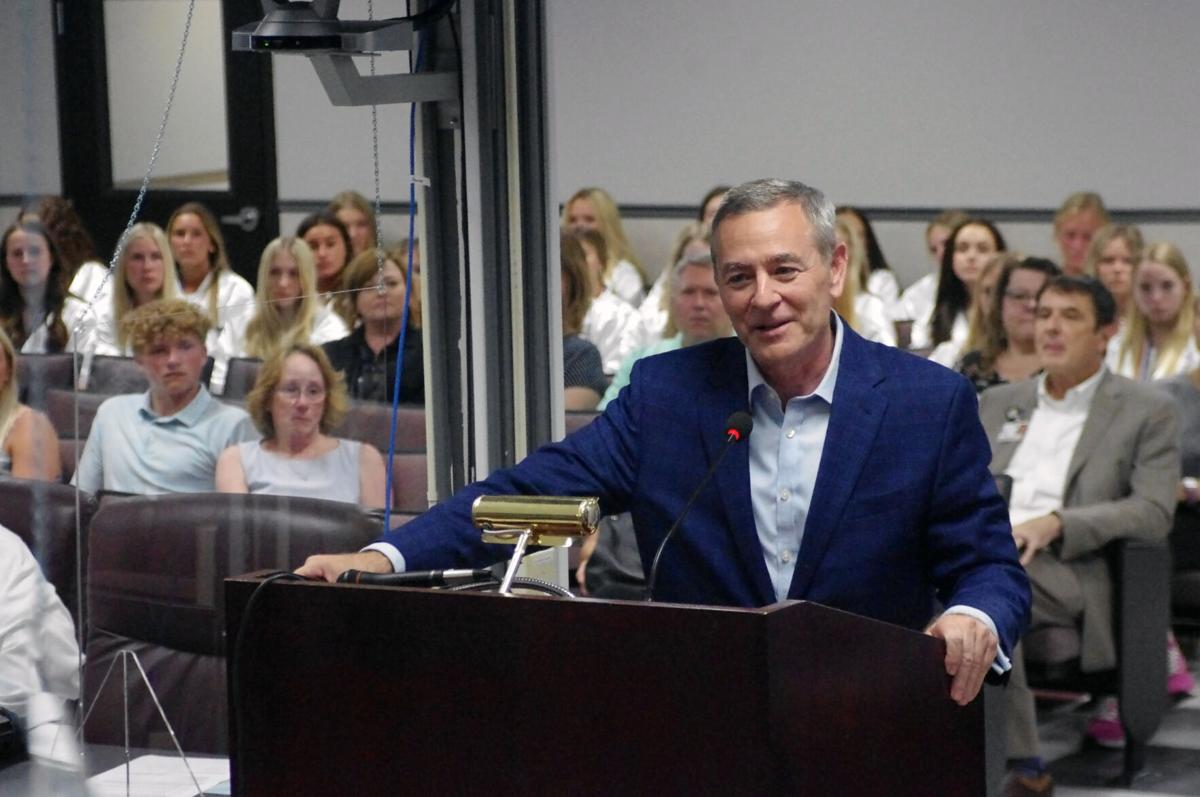 Tennessee Rep. Glen Casada shares his memories of Richard 'Rick' Buerger at the June 14 meeting of the Williamson County Commission.

Buerger was also an adjunct professor of Health Care Management at Belmont University, and was deeply involved in the creation of a number of local organizations including the Optimist Club, Boy Scouts, Rotary Club, Little League Baseball and Ducks Unlimited.

Buerger's positive influence in the country was so far-reaching that the Tennessee legislature passed a bill after his passing to honor his memory in April.

And on Monday during a Williamson County Commission meeting in Franklin, state Sen. Jack Johnson, Rep. Glen Casada and county Mayor Rogers Anderson gave one last thank you to Buerger and his memory.

"We're here today to honor a Williamson County icon, Mr. Rick Buerger who we all owe a debt of gratitude for this amazing community that we live in," Johnson said.

"When I was on the commission 20 years ago, Jeff Mosely and [Buerger] were the county attorneys, and after the county commission meetings, [Buerger] always had a hunting story or something that he had done," Casada said.

"He was a fine man, he was a very learned individual and he served his county well. I was proud to take advice and learn from him and all that he had to give to us over these years."

Buerger's family have described him as a "modern day Teddy Roosevelt" due to his passion for hunting and fishing. Perhaps greater than his love for the outdoors, however, was his love for his family, something Anderson noted in his remarks.

"Many of you sitting here do not understand the importance of Buerger and what he did for our county; he was that person behind the scenes, he was that person that helped craft so many of the rules, regulations and the things that we enjoy today," Anderson said.

"He was a man that all of us enjoyed working with, but above all, during that period of time he was a man that loved his wife and daughter. I just don't know anything else you could say about [Buerger] that all of us would be welcomed to walk in his shoes, have the career that he hadband had the life that he enjoyed."