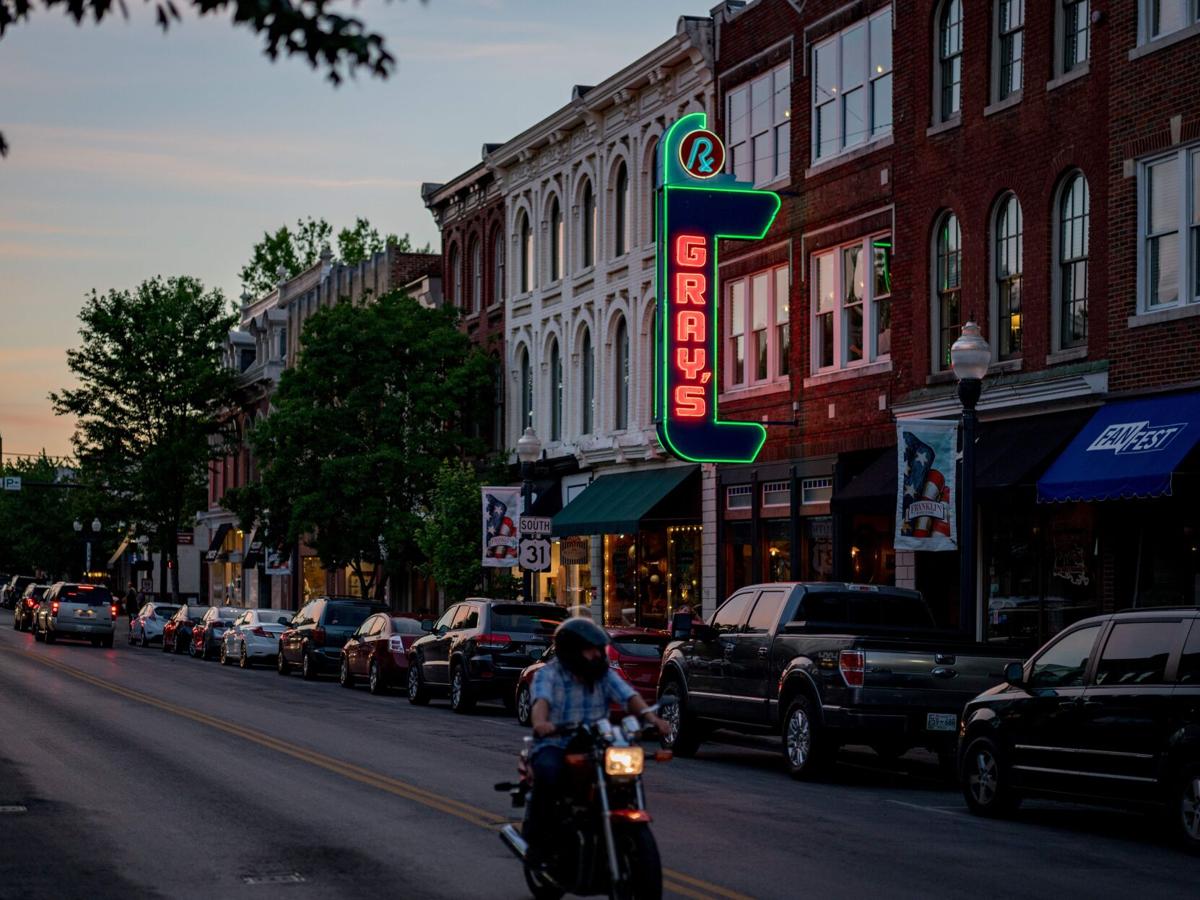 Main Street that runs through the heart of downtown Franklin is a registered 'Great American Main Street' and is home to hundreds of shops, restaurants, and music venues. Photo courtesy Visit Franklin.

Visitor spending in Williamson County over the years broken up by industries.

While the ongoing COVID-19 pandemic has wreaked havoc on nearly all segments of the economy, perhaps no industry has been dealt a larger blow than the leisure and hospitality sector.

According to newly-released data from the U.S. Travel Association and Tourism Economics, which was analyzed and compared with previous years by the Williamson County Convention and Visitors Bureau, tourists spent approximately $776 million in Williamson County in 2020 — an almost 32 percent drop from tourist spending the previous year.

For comparison, Williamson County visitors spent nearly $1.13 billion in 2019, the tenth-consecutive annual increase in visitor spending year over year. Visitor spending in 2020 broke that ten-year streak, however, declining for the first time since 2009.

“We all know that 2020 was a difficult year for so many, and the hospitality industry specifically took a tremendous hit,” said Visit Franklin President & CEO Maureen Thornton.

“These final numbers from 2020 reflect that, but I am also thankful to the local community. They supported our local businesses, booked staycations, and visited attractions across the county that employ so many. That local support boosted our hospitality community during a very difficult time.”

Broken down further, Williamson County visitors in 2020 spent approximately $302 million on food and beverages, $108 million on recreation, $118 million on lodging, $121 million on retail and $127 million on transportation.

Of all the tourism industries, lodging took the greatest hit and dropped 51.6 percent in 2020 compared to 2019, whereas recreation took the second largest hit with a 38.5 percent decline.

Despite the major shortcomings, Williamson County still fared better than the 42 percent national average decline in tourism revenue when comparing 2020 to 2019, and also fared better than 88 of Tennessee's 95 counties.

“As we have seen travel begin its return this year, we, along with our hospitality partners around the county, remain vigilant of the ever-changing climate around COVID-19 variants," Thornton said. "We will continue to highlight Williamson County as a safe destination to domestic travelers, and when the time is right to our international visitors as well.”