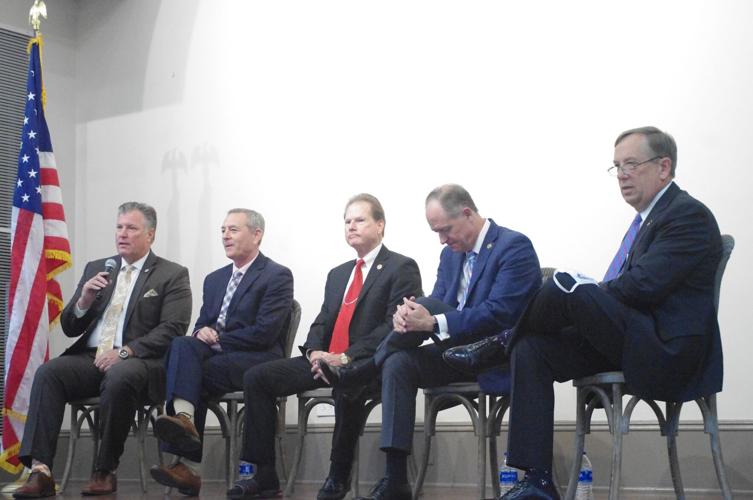 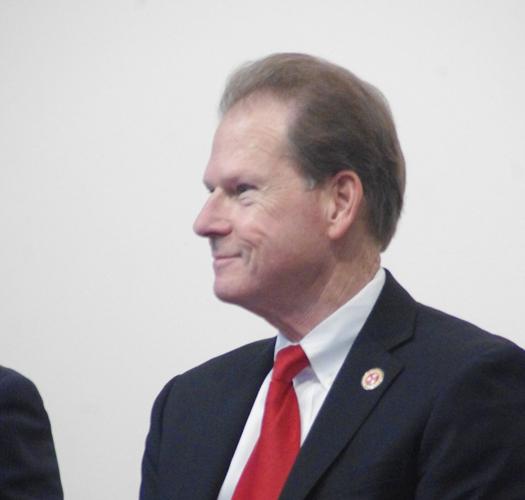 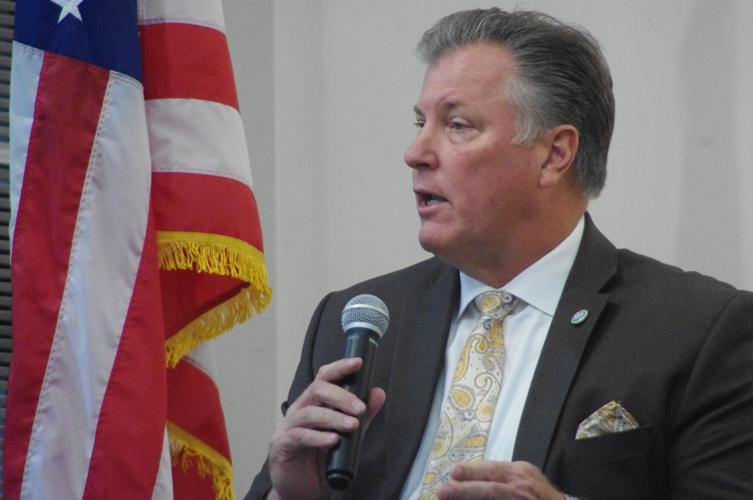 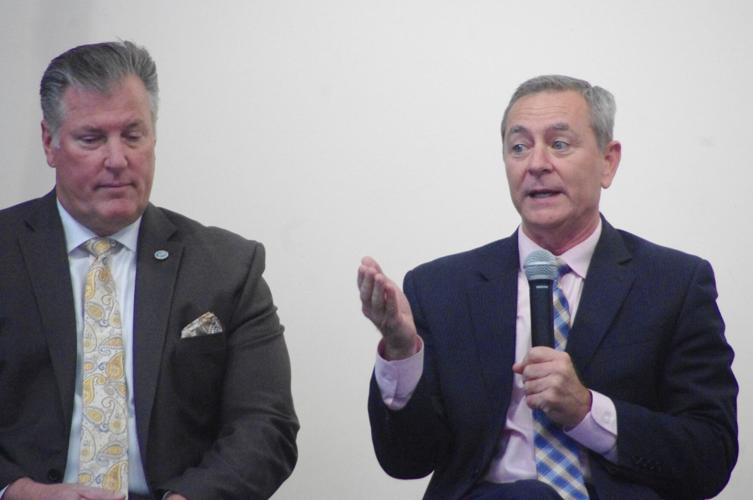 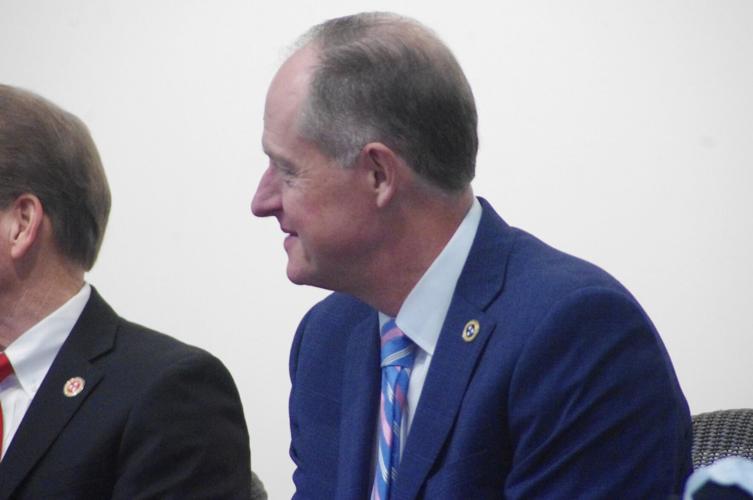 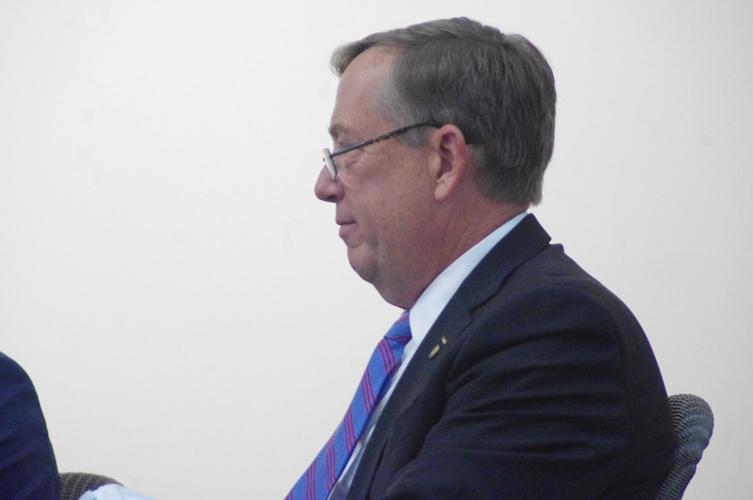 Five state legislators convened at the United Auto Workers Hall in Spring Hill Thursday to discuss the current state of the Tennessee economy amidst the ongoing coronavirus pandemic.

They talked through what they thought they had done right, what they could improve on and what the road to economic recovery might look like.

The discussion was hosted by the Spring Hill Chamber of Commerce during its regular luncheon — the first to be held in-person in months due to safety concerns.

Hosted by former Spring Hill Vice Mayor Bruce Hull, the discussion opened with legislators reflecting on the uncertainty plaguing many Tennesseans during this unprecedented time.

Cepicky: We are in trying times right now, interesting times — crisis creates opportunity though. I think moving forward, we're going to have tremendous opportunity in Tennessee to make this an even brighter shining star across the country.

Casada: Living in Tennessee, we are a blessed people — this is a state that is growing phenomenally; our incomes are up, our job creation is up, and though there is work to be done in education, we're one of the fastest improving states on education.

There's a reason people are fleeing California and New York to come to Tennessee: it's because we're the least-indebted, and one of the lowest taxed.

Hensley: Tennessee saw the problem coming, [and] we went back into a special session this year [and] cut our budget so that we could run our state fiscally responsible, [and] not raise taxes so that Tennessee would be able to meet this pandemic head on.

We did another session so that we could protect businesses by passing liability protection. We saw that coming; so many people are afraid to open their business because they're afraid of being sued because of the pandemic.

Johnson: It's been a tough year, no question about it — but thankfully, we came into this crisis in such a strong fiscal position that we were able to weather this as well as we have.

Believe it or not, August year-over-year sales tax collections are up because people are buying boats and RVs like crazy, which is awesome; they're not going out to restaurants and bars as much, but they're buying leisure items which is great — we hope that that continues.

We will come out of this — we're still in a good position. When it came time to make the necessary adjustments for our budget, we made the necessary cuts — we did not raise taxes, and in fact, we're continuing to cut taxes — and we didn't take a dime out of our savings account. So we're saving that rainy day fund out there for a time when we may need it.

Whitson: Tennessee can pay its bills without taking it [from] our rainy day fund, and that is amazing, few states can say that.

One of the great jobs that I have is I'm chairman of the Infrastructure Subcommittee, and I tell you, it's been a pleasure working with Mayor [Rick] Graham, Victor [Lay] and the team at Spring Hill — you all lead the way in making sure projects get done, and that really is recognized by TDOT (Tennessee Department of Transportation) across the state.

As businesses were dealing uncertainty in the economic recovery group created by Gov. Lee to provide public assistance, could you share some of those key findings from that group, and is there any other legislation on the horizon that will help small businesses?

Johnson: The economic recovery groups [were] created by Gov. Lee to basically guide by input from businesses across the state. Basically, you have representatives from hospitality, trucking, medical... any industry you can think of. It's been a really good resource for the Lee administration.

This is going to be a great learning experience for our state, and we will be back in session in January, and you can bet that there's going to be a lot of conversations with the Lee administration about executive orders, things that were done that maybe shouldn't have been done or were overused.

So I do think there will be legislation — it might be legislation relative to the governor's ability to issue executive orders during an emergency declaration. Perhaps we should have a system to where we can call back into special session in order to review some of those things.

So I do believe there will be legislation, not only dealing with circumstances like this should it ever happen again, but how can we best put Tennessee forward from an economic development standpoint.

Businesses have been forced to shut down, operate at decreased capacities and/or change their business models to keep the patrons safe. On top of these boundaries was the fear of being sued, so please walk us through the legislative concern for bringing new business liability protection.

Casada: We went back into special session back in the second week of August, and the primary reason we went back was to pass the Safe Harbor Act, and what that does is gives you protections from being sued for conducting your business in normal affairs, so as long as you're not malicious.

So it really protected Tennesseans, it protected you, and we did a good thing on passing that.

The health care industry has been front and center during the pandemic, and they're a large economic driver in Tennessee. Can you please share the details surrounding the telehealth legislation?

Hensley: What we saw during this pandemic was the benefits of telehealth, and there's been some trying to implement telehealth into health care and having insurance come and pay for the telehealth premiums.

Our state's unemployment rates spiked in record highs in an extremely short amount of time. Can we hear more about the unemployment process during COVID-19?

Whitson: This month, we reported an 8.5% unemployment rate — that's now the 7% points [better] than April, and it's another 1.2% lower than last month, so we've seen this decrease over the past few months. I think that trend will continue as we open up more of our businesses.

On the [Tennessee state] website, there's nearly 300,000 job opening in all skill levels right now, and so that's a good sign — the jobs are out there.

Part of what we did as a legislature [was] to prevent a 300% increase in unemployment taxes to our businesses, and so we put litigation action on that. That I think would come around to around a $800 million tax increase on our small businesses and our businesses, so we prevented that from happening because that would have been devastating right in the middle of a revenue drop.

Education remains a high priority for the governor - what are some of the key challenges that the state [faces]?

Cepicky: Where we were to where we are now is night and day, and it's a lot of these people sitting next to me to get us to where we are. If you get to know me, or you follow me up on the General Assembly, I am laser-focused on K-3, we got to get them early.

This is something that effects every person in our society, and it's far-reaching. It's not just about education, it's a lack of education that leads to incarceration rates, to bad decisions with drug abuse, to a plethora of decisions that effect so many other parts of our budget.

Education right now is about $13 billion a year on a $40 billion budget, health care is the only one that tops it.

COVID-19 hit us in March, we sent all our kids home, they've been off for six to seven months right now. We've had some districts that are open in person — thank you very much, because we just had a meeting with the Education Committee, and everybody agreed that the best place for our children to be to get a good education is sitting in front of their teachers in person.

You got to get them early, you got to get them reading, writing and doing math early so that they can be successful as they move forward. In the 112th General Assembly, if I'm fortunate enough to go back and serve on the Education Committee, this is going to be a monumental task. There's going to be legislation that we're going to have to pass that we've probably never even thought of, of how to protect our schools.