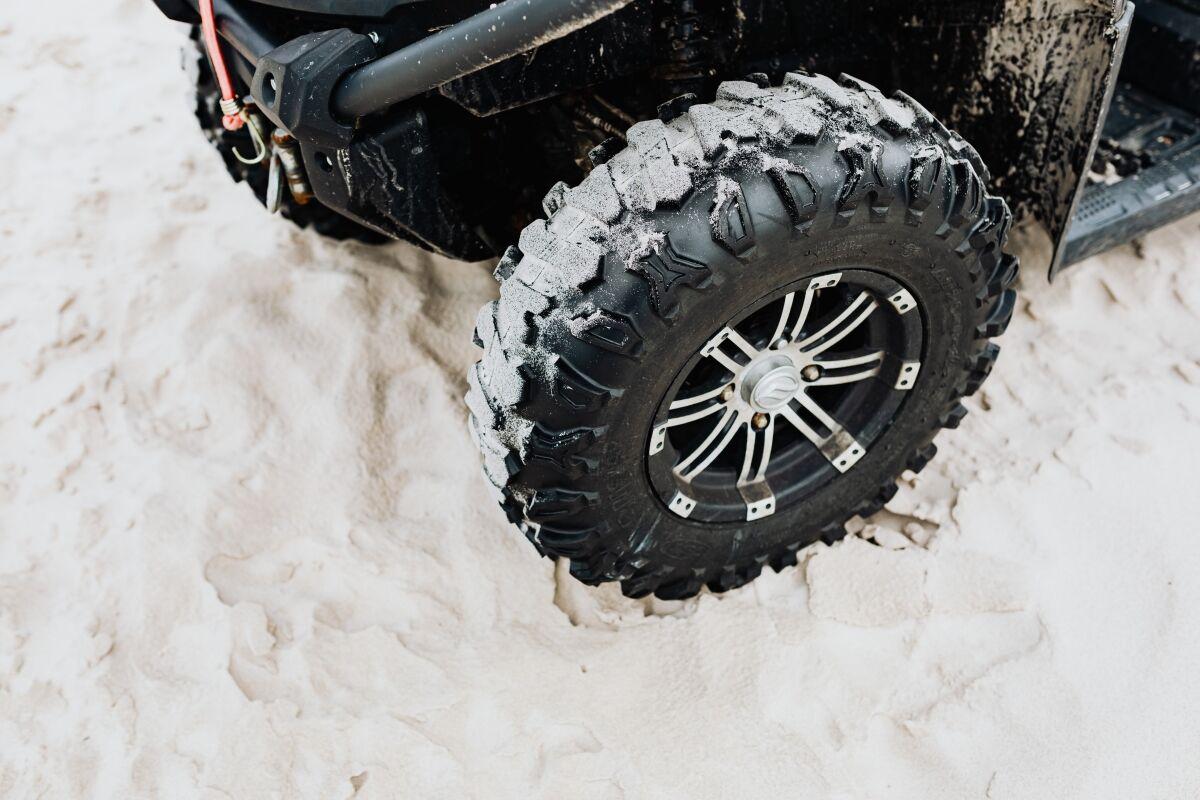 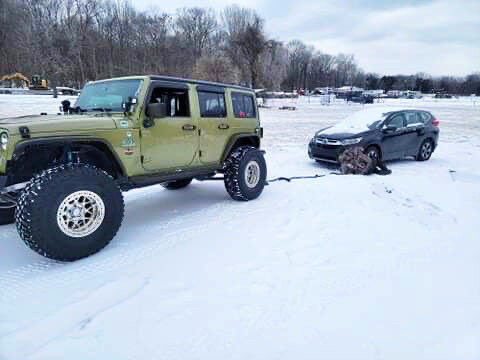 Kevin Woods helps free a vehicle that had become immobile due to ice. 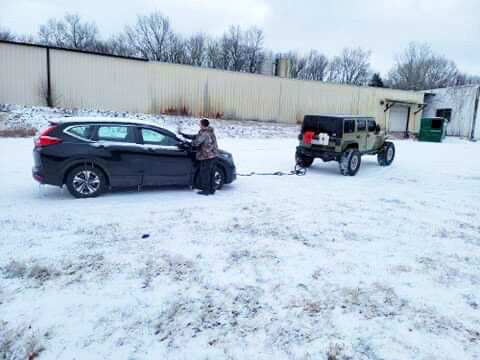 Demand for assistance had exploded Tuesday as road conditions worsened.

While many Williamson County residents may have stayed home from work this week due to the ongoing winter storm, most first responders and healthcare workers don't share that luxury. Come sleet or shine, hospitals, fire departments and police stations are more or less expected to operate as usual.

As a way to help these essential workers perform their duties and keep the community functioning, a handful of Williamson County residents have volunteered their time and taken to the snow in their own off-road vehicles, doing whatever it takes to get essential workers to their place of work.

Launched in 2013 by Mt. Juliet resident Kevin Woods, Jeeps and Wrenches is a jeep club composed of off-road enthusiasts.

From this club emerged a Facebook group named "4x4 Emergency Transport and Recovery of Mid TN," a collection of Middle Tennessee residents who volunteer their time and efforts by transporting healthcare workers and first responders to their places of work.

"Everybody was looking for ways to help the community which is what we were founded on, community-help principles," Woods said on the group's creation. "We all had very capable off-road vehicles and it was a way that we could give back."

Williamson County volunteers take to the ice (and keyboard)

On Tuesday, Williamson County residents woke up to extremely hazardous road conditions after a winter storm coated almost all roads with sheets of ice. Local first responders began to receive an unprecedented number of calls over vehicle accidents, and began urging the community to stay home if possible.

Knowing full well that local hospital staff and first responders didn't share the luxury of being able to work remotely or take the day off, a handful of Williamson County residents joined in helping transportation efforts - one such person was Franklin resident Derek DeWeese.

A moderator of the emergency transport Facebook group, DeWeese spent Monday working on the administrative side of the group, approving new members and pairing available drivers with essential workers in need of transport. On Tuesday, however, DeWeese took to the streets in his jeep.

"I started by helping an ER doctor about 6:45 a.m. to get his car unstuck," DeWeese said. "It was 9 degrees [Fahrenheit] out, we got him pulled out and I followed him to make sure he got to the children's ER there at Williamson Medical."

After the morning pickup, DeWeese juggled working at his day job as a Citrix engineer for Bridgestone Tires with tackling further administrative work for the emergency transport Facebook group.

"I got off work a little early so I went out and picked up a nurse in Antioch and drove them to Saint Thomas [Hospital]," DeWeese said. "The ER doctor [mentioned earlier], one of his staff needed a ride, so I met them at 7 p.m. at Williamson Medical Center and drove them home."

DeWeese said that this week has seen an explosion of ride requests and new members in the Facebook group, which in the past day saw an additional 3,665 members join.

"That's how you participate as a community member"

DeWeese's wife, Beth DeWeese, had also contributed large swaths of time and effort into helping get essential workers to their places of work, though in a much different capacity.

Describing the group as a "pop-up tent," Mrs. DeWeese said that during normal weather conditions, the group is largely inactive. When the weather gets rough, however, thousands of collective hours are poured into getting essential workers to where they need to be in a hectic, but coordinated effort.

"[My husband and I] make a good team... we both like to help and I think it's good to have an eye to the logistics," Mrs. DeWeese said. "[Acting as a moderator] is not very sexy but it [takes] hours; we've got mods going overnight, we've got a chat going to bounce ideas off of each other and make sure we're consistent."

As a state employee, Mrs. DeWeese has spent a considerable amount of time this week working behind a computer, but said that helping a community that consistently gives back made doing so a breeze.

"That's how you participate as a community member," Mrs. DeWeese said.

"I think it motivates me to know that I don't just live here; I have a life here, I have neighbors here. I know it's super cheesy, but we're the Volunteer State for a reason, and man, people just volunteer around here. The pandemic has really shown us the value of frontline and healthcare workers."