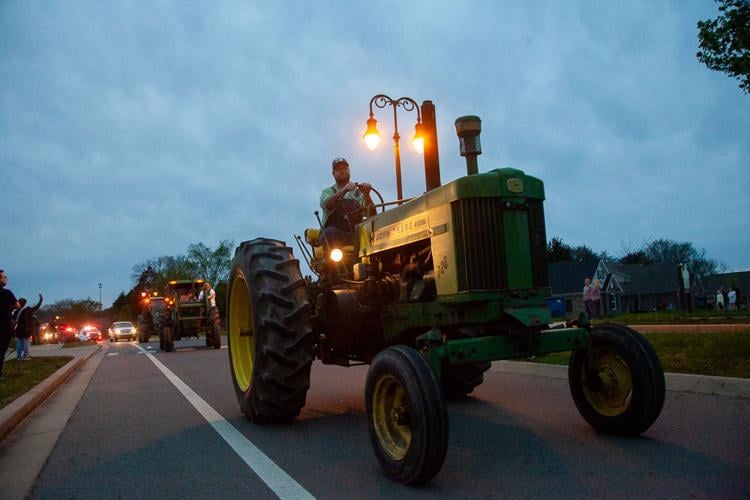 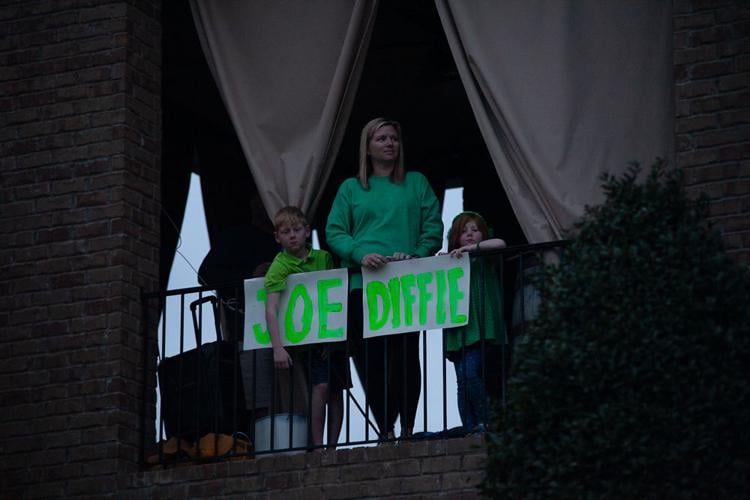 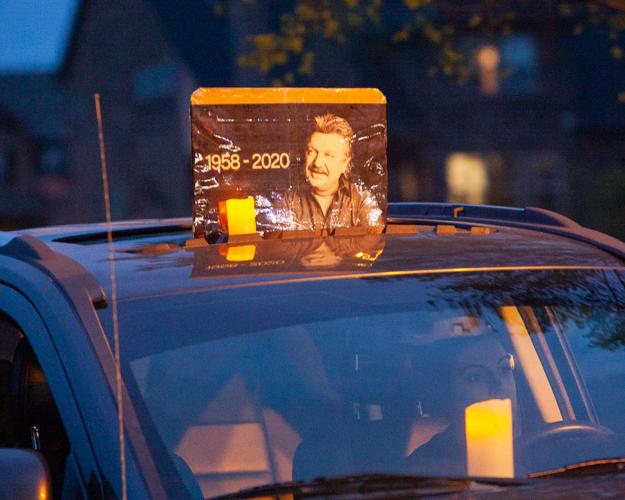 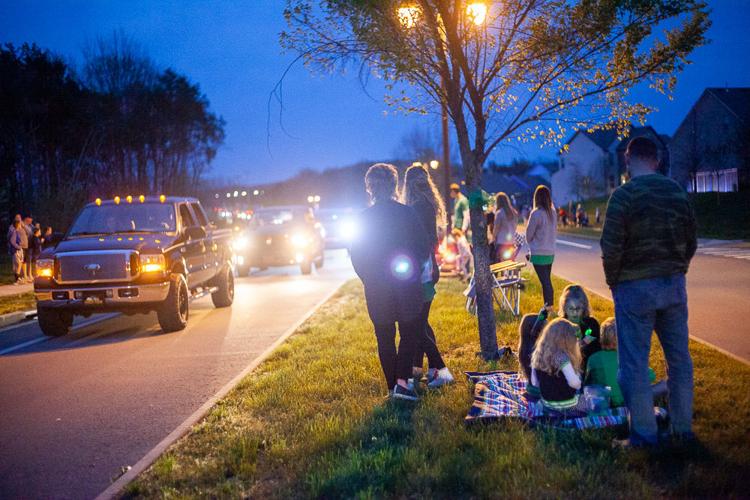 Country musician Joe Diffie was memorialized in Nolensville on Monday evening with a procession of over 100 John Deere tractors, cars, trucks and emergency vehicles through the Summerlyn subdivision where Diffie has lived for the past few years.

He died Sunday due to complications from COVID-19 at the age of 61.

The CMA and Grammy-winning musician and member of the historic Grand Ole Opry was best known for his Top 10 hits such as "John Deere Green," “Bigger Than The Beatles,” “Prop Me Up Beside The Jukebox (If I Die)” and "Pickup Man," which helped to define country music in the Nineties.

The procession began at 7 p.m. and saw vehicles playing Diffie's songs on their stereos while residents lined the streets wearing green. There were hung signs from homes and projected family photos on an inflatable movie screen.

On March 27 Diffie's official Instagram profile posted an image with text that confirmed his diagnosis.

“I am under the care of medical professionals and currently receiving treatment after testing positive for coronavirus (COVID-19.) My family and I are asking for privacy at this time. We want to remind the public and all my fans to be vigilant, cautious and careful during this pandemic,” the post reads.

Musicians and fans from around the world also sent prayers and paid their respects to the county music icon on social media, while Diffie's life and achievements have been memorialized by the likes of the New York Times and Rolling Stone.

David Skipper is Diffie's next-door neighbor and was at the memorial with his daughter, wearing a "Diffie Security" shirt.

"We're just here to support his wife Tara and her family," Skipper said. "This is a very tight-knit community and it bring a lot of people together."

Nolensville resident Diane Jensen helped to organize the event within 24 hours and called the event an emotional experience, saying that her son summed it up best.

"He said, 'This was an emotional example of what it means to bind together in a another resident community in a small town,' and he nailed it," Jensen said.