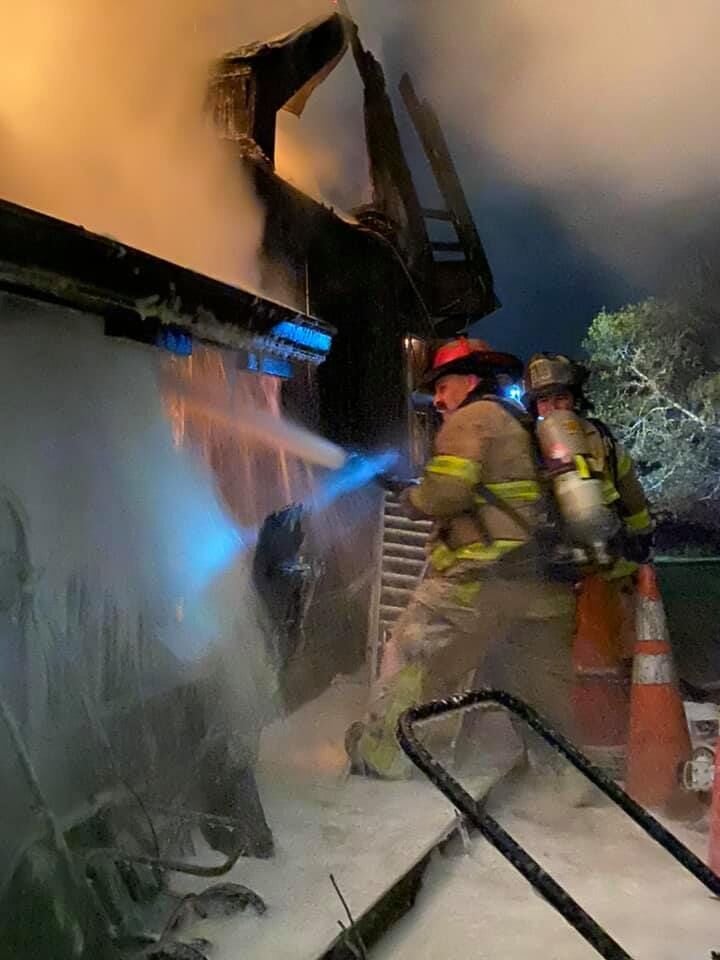 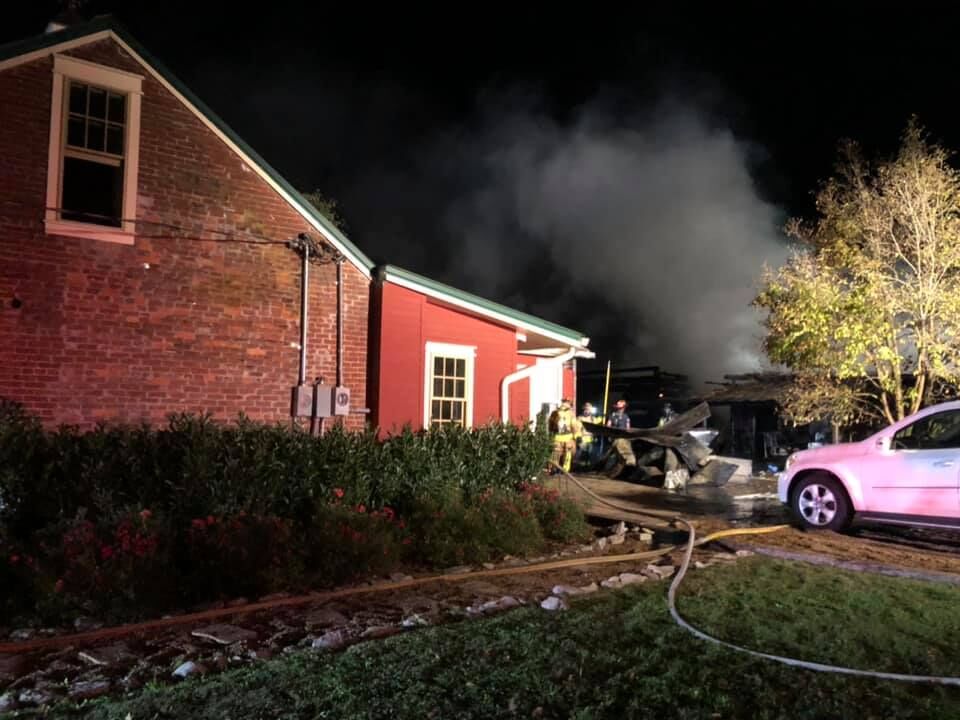 A fire destroyed a cabin, damaged a home and killed a family's pet on North Chapel Road just after midnight on Monday night.
The crews were dispatched from Arrington Fire and Rescue, Williamson-Fire Rescue, the Williamson County Rescue Squad and the Nolensville Volunteer Fire Department.
According to an NVFD Facebook post, NVFD Fire Chief Adam Spencer was the first to arrive on the scene after hearing the car while he was on his way home.
Multi-agency crews arrived to find a log cabin structure fully involved in flames behind home on the property that was also on fire at the rear of the home.
"A quick attack resulted in the save of a home directly in front of the log which already had fire coming from the second story and rear of the structure," an AFR Facebook post reads.
According to AFR, crews worked at the scene for over four hours, deploying approximately 30,0000 gallons of water and foam mix, which resulted in the firefighters saving the main structure, although the family's dog did die in the cabin fire.
No other injuries were reported, while the cause of the fire remains under investigation.