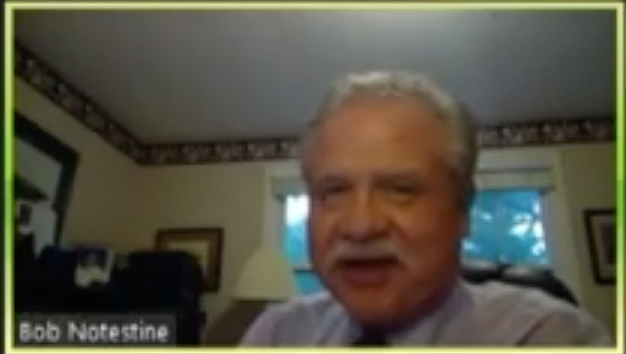 Bob Notestine speaking during a Nolensville Board of Mayor and Aldermen meeting that was held electronically. 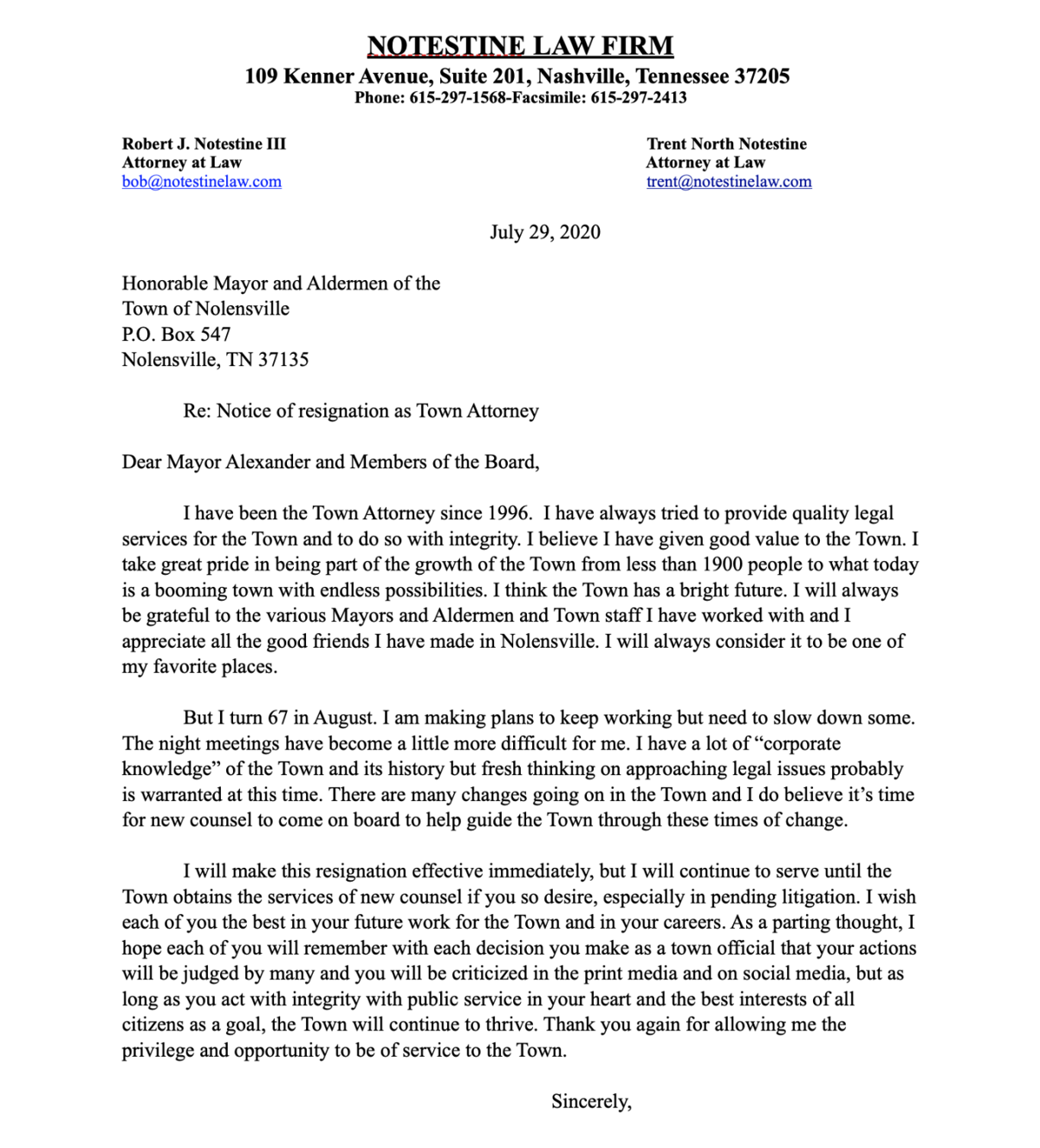 Nolensville's long-time Town Attorney Bob Notestine has resigned as the town attorney effective Tuesday, July 28, after he sent a letter of resignation to the Mayor and other members of the Board of Mayor and Aldermen.

Notestine cited his age and the town's need for "fresh thinking" on legal issues facing it as the reasoning behind his resignation from the position that he has held since 1996.

"There are many changes going on in the Town and I do believe it’s time for new counsel to come on board to help guide the Town through these times of change," Notestine wrote.

Nolensville Mayor Jimmy Alexander confirmed Notestine's resignation, but did not comment any further on the change. He did add that Notestine will continue to represent the town in a lawsuit where the town is being sued by former Nolensville Police officer Cindy Strange for allegations of sexual harassment and wage discrimination.

"Bob has served the Town well since its incorporation," Anthony said. "We are grateful for his service and dedication, and we wish him all the best."

Alderwoman Wendy Cook-Mucci said in a phone call that BOMA will immediately begin working to fill the vacancy.

In June another longtime figure in Nolensville politics, former Alderman Larry Felts, abruptly resigned and Nolensville is facing an unprecedented election in August that could change the town's government structure.