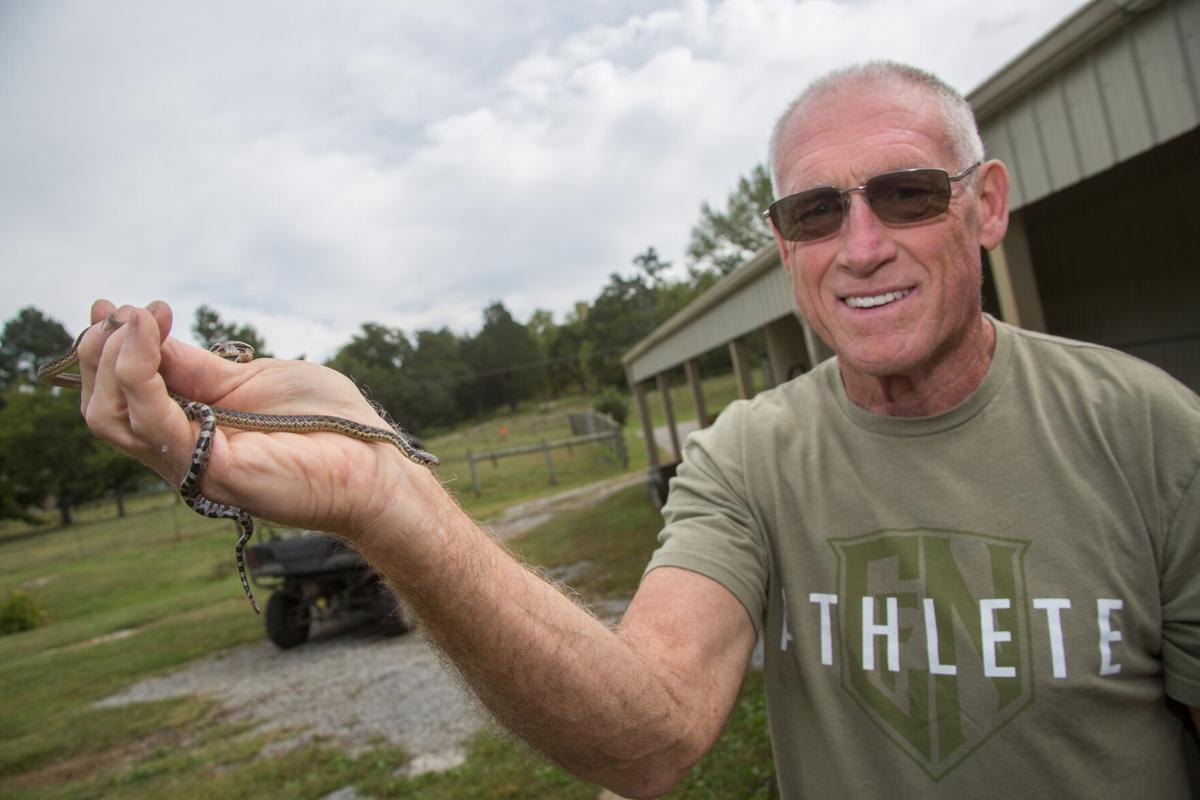 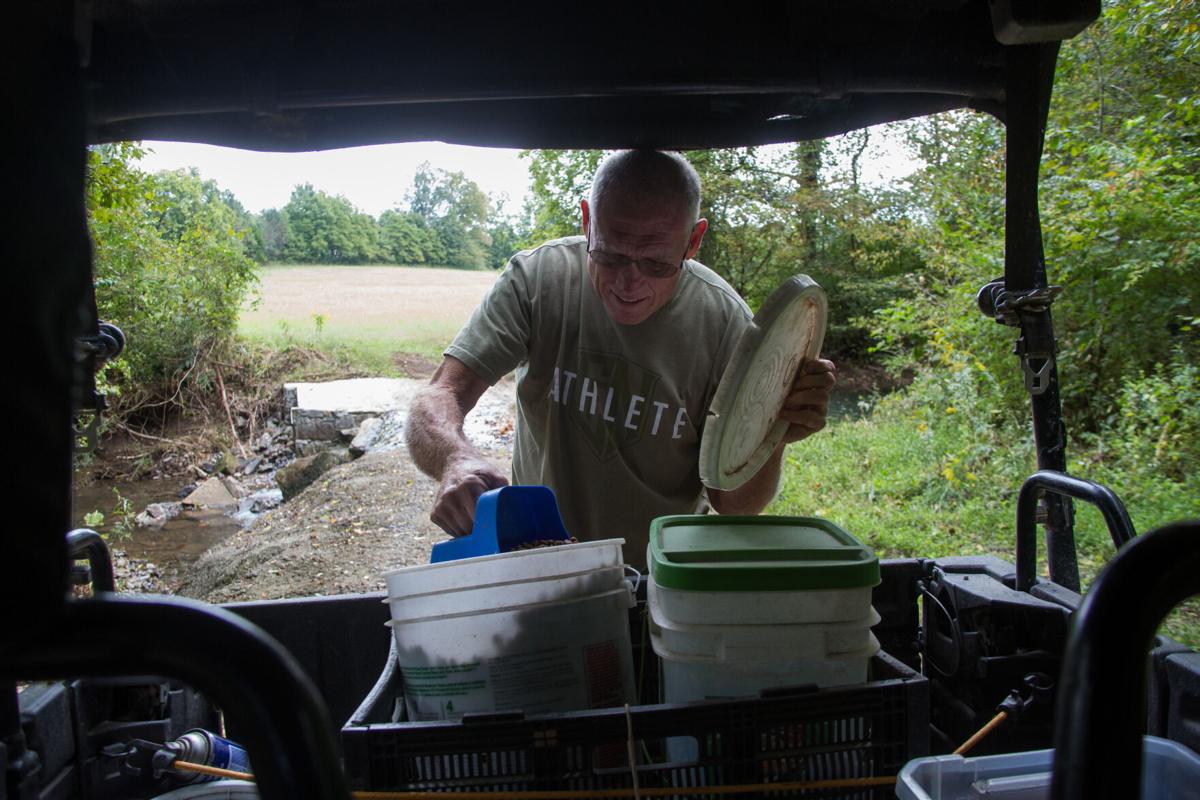 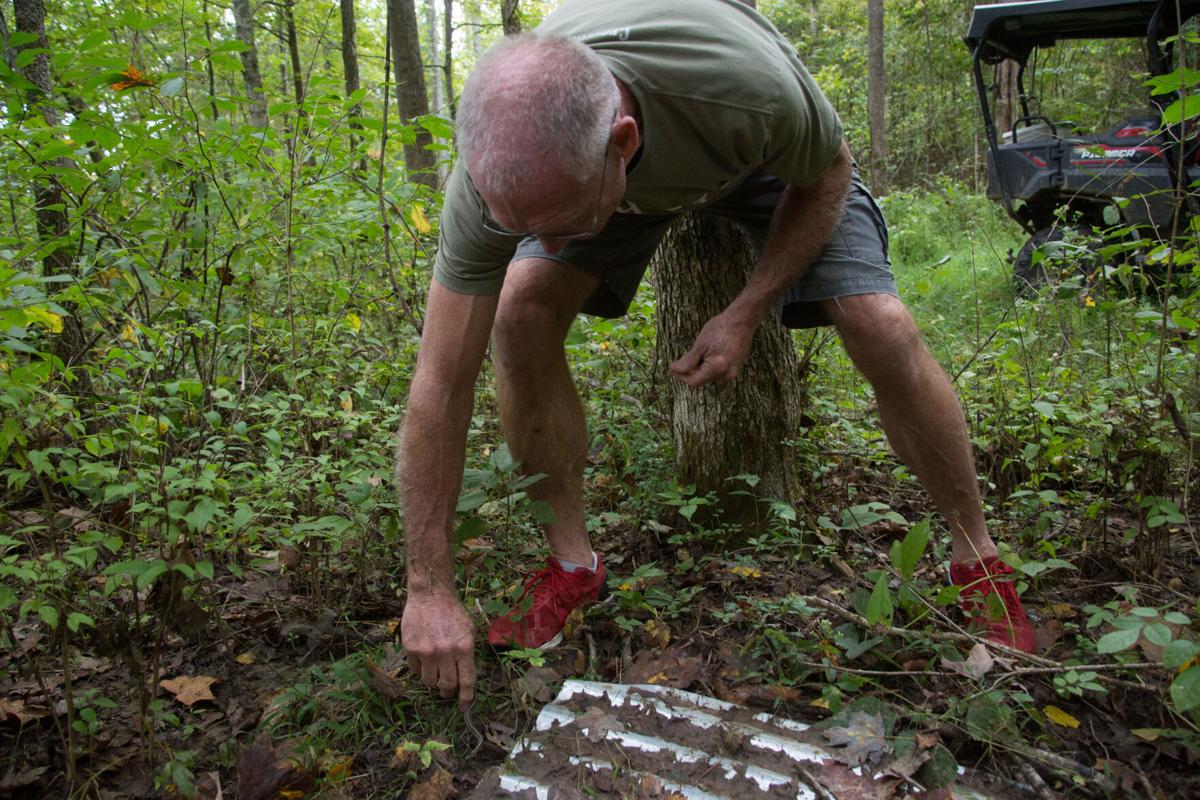 As more people move from cities and suburbs to more rural areas of Williamson County, residents increasingly come into contact with more critters that they may not be familiar with.

That's where Ronnie Haislip comes in.

Haislip lives on a 83-acre property on the line of Williamson County and Davidson County, where he and his wife raise everything from ducks, chickens, cats, dogs, and cows and where you will find skunks, raccoons, opossums, squirrels, turkeys, deer, snakes, coyotes and if you're lucky — or unlucky — a bobcat roaming the landscape.

In recent years, Haislip has become a fixture in the community — in part due to his knowledge of critters, very often snakes, and his willingness to rescue animals who have been caught in traps, releasing many throughout his property.

When he’s not rescuing and relocating animals he’s being sought out online by others in the community to help identify what’s slithering or crawling through the neighborhoods on any given day.

Haislip said that it was growing up near a creek in Nashville that sparked his interest in animals. He said he's helped to rescue several hundred snakes, adding that sometimes he’ll rescue three to four snakes a week during the summer, many from sticky traps or stuck in plastic landscaping mesh.

This day he had two small snakes, one garter snake and one rat snake, in a sealed plastic container with air-holes, both of which had been stuck to sticky traps in a resident's home.

"He would have just had a horrible death and would have just starved," Haislip said, adding that he doesn't hold any animosity for people who have used the popular style of trap, but hopes to educate neighbors and serve as a resource to help the animals he clearly respects.

That respect also shows itself in his understanding that he may get bit, something that has happened, (although he said he's never been bitten by a squirrel,) "I know better than that," Haislip said.

“I got my worst bite from a garter snake. He was a full-grown one in a sticky trap and he got loose quicker than we thought and he grabbed hold of me and he would not let go,” Haislip said. “I couldn’t blame him.”

Haislip was in the car business before getting into rescuing critters.

"I was a car dealer and we'd go to a lot of different lots to buy cars and they had junk yard dogs, so my challenge was to befriend that dog and I always did eventually."

We loaded up into his all-terrain vehicle driven through wooded areas, past a spring-fed creek and fields where he released the snakes under a discarded sheet of metal, each snake quickly slithering to safety between the mud and metal.

"Everything needs to be released close to where they're captured," Haislip said, adding that he tries to relocate what he can on his property, although he said he sees his role as less of an animal rescuer and more of a community educator who gets to share his love of animals and help others to learn to love or at least accept different animals that are often seen as pests.

"Now I'm getting messages that say, 'because of you I'm not afraid of snakes,' or 'now I understand them," Haislip said.

Haislip said that while people sometimes try to pay him for helping, he doesn't take any money, instead asking for people to consider donating to No Kill Williamson County, a non-profit, volunteer-run organization whose mission, according to their website, "is dedicated to promoting the No Kill philosophy to the citizens of Williamson County, TN and reducing the number of animals killed within our community’s shelters through Education, Advocacy and Service."

Like many people in the Nolensville community Haislip said that he loves the growing little town, its people and the wildlife that draws people to it.

I feel connected to Nolensville," Haislip said. “I try to do what I can to preserve what we’ve got.”

At the end of the day Haislip said that he's lucky to have a little slice of wooded heaven where he can continue to connect with nature in an area that is growing in population every day, and he hopes that those in the community now and in the future can help to preserve and appreciate the critters of Williamson County.