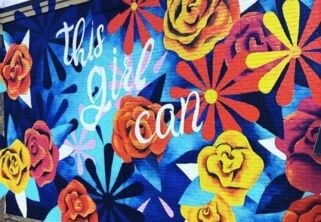 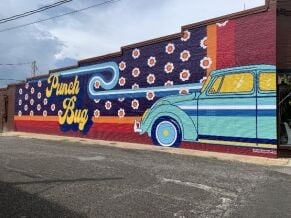 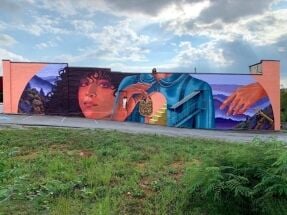 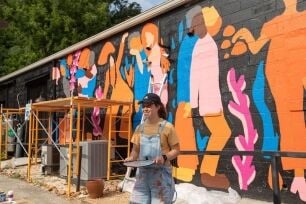 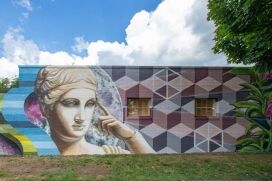 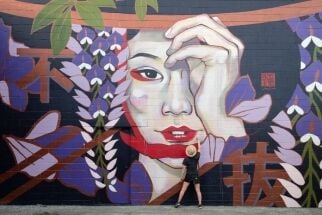 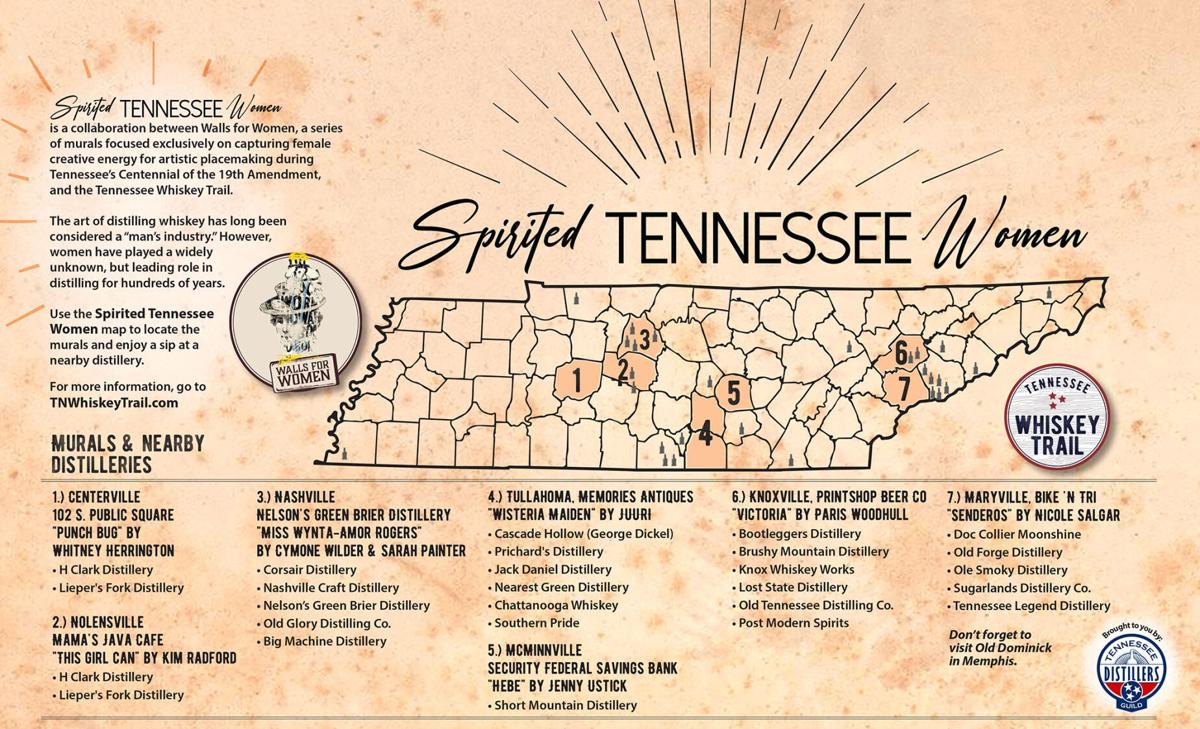 Nolensville's new mural has been named as one of seven murals to see as part of the Spirited Tennessee Women campaign.

According to a news release, the campaign is a partnership between the the Tennessee Whiskey Trail by the Tennessee Distillers Guild and Walls for Women to recognize the Centennial of the ratification of the 19th Amendment.

"The art of distilling whiskey has long been considered a 'man’s industry,' however, women have played a widely unknown but leading role in distilling for hundreds of years," the news release reads.

The campaign unites the seven murals by female-artists and the Tennessee Whiskey Trail which features nearly 30 distilleries.

The locations include Nolensville's first mural by Kim Radford on the side of Mama's Java that was unveiled in September.

Other murals and distilleries include "Wisteria Maiden" by Tokyo-native Jurri which honors Japanese prisoners who were held at Camp Forrest, a World War 2 internment camp in Tullahoma.

The mural is located at Memories Antiques near Cascade Hollows, the makers of George Dickel whiskey, and 15 minutes southwest lies Jack Daniels Distillery.

Knoxville is now home to a mural by Knoxville-native Parris Woodhull which pays homage to her great-great-great grandmother, Victoria Claflin Woodhull, a suffragist who fought alongside the likes of Susan B. Anthony and ran for president in 1872.

The mural is located at Printshop Beer Co. not far from Postmodern Spirits and Knox Whiskey Works.