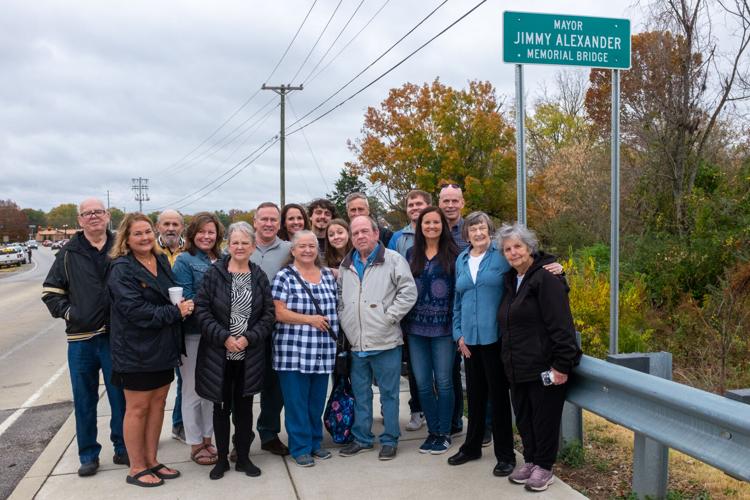 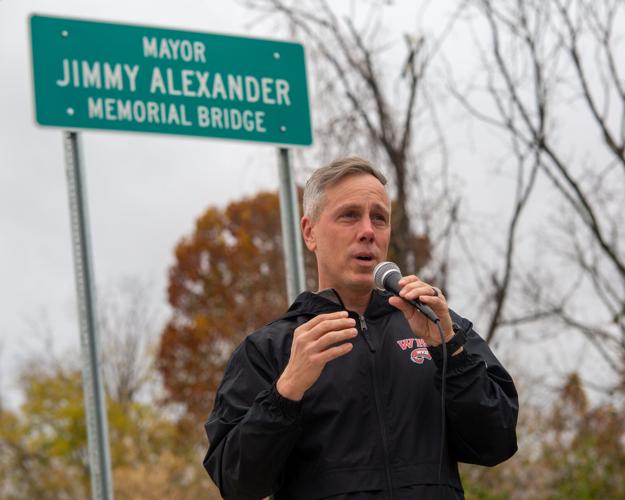 Jason Alexander speaks about his father, the late Jimmy Alexander, and his impact on Nolensville during the dedication of the Mayor Jimmy Alexander Memorial Bridge on Oct. 30, 2022.

The Town of Nolensville honored the late former Mayor of Nolensville Jimmy Alexander on Sunday with a bridge dedication that drew dozens of community members.

The Mayor Jimmy Alexander Memorial Bridge stretches across Mill Creek connecting two portions of Sunset Road and honors Alexander who died in August at the age of 81.

Alexander moved to Nolensville in 1999 and served on the Board of Mayor and Aldermen from 2004 until 2020, when the town’s charter and form of government changed. He served the last 10 years of his public service career as mayor.

“His vision for this project specifically [Sunset Road] meant the world to him because at the heart of it for him, it was about community, it was about connecting community for the subdivisions up here for Winterset, Bennington, all of a sudden visions for those families have access to our town and our town’s businesses,” Alexander said of his father.

"Dad didn’t serve the town for recognition or personal gain, he’d actually be mad that you guys are here, and I would just ask that if you can honor him in one way, just walk this trail,” Alexander continued. “Walk the trail and take it all in.”