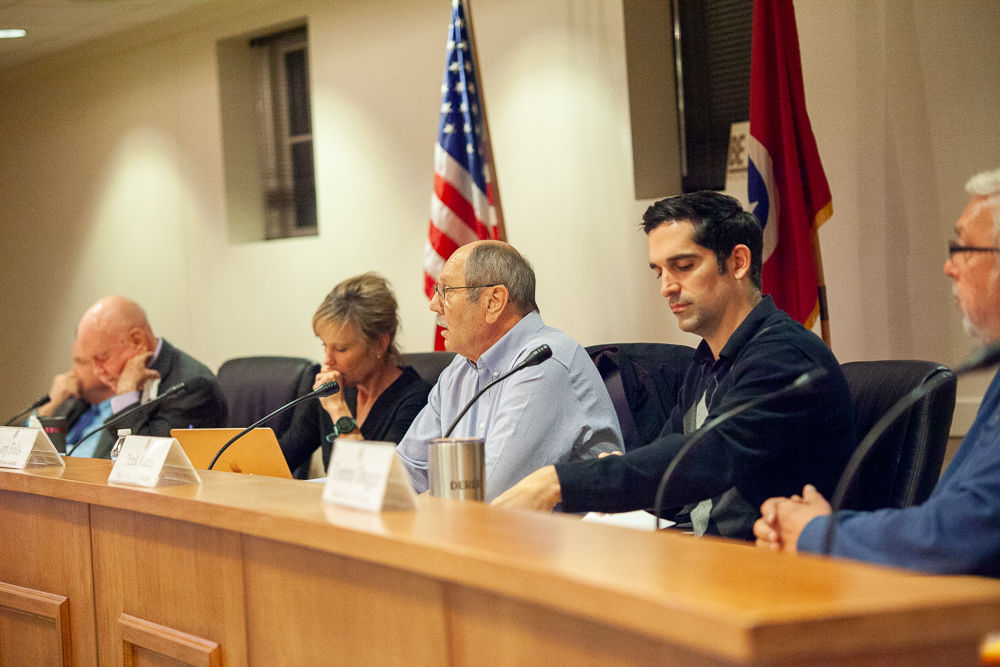 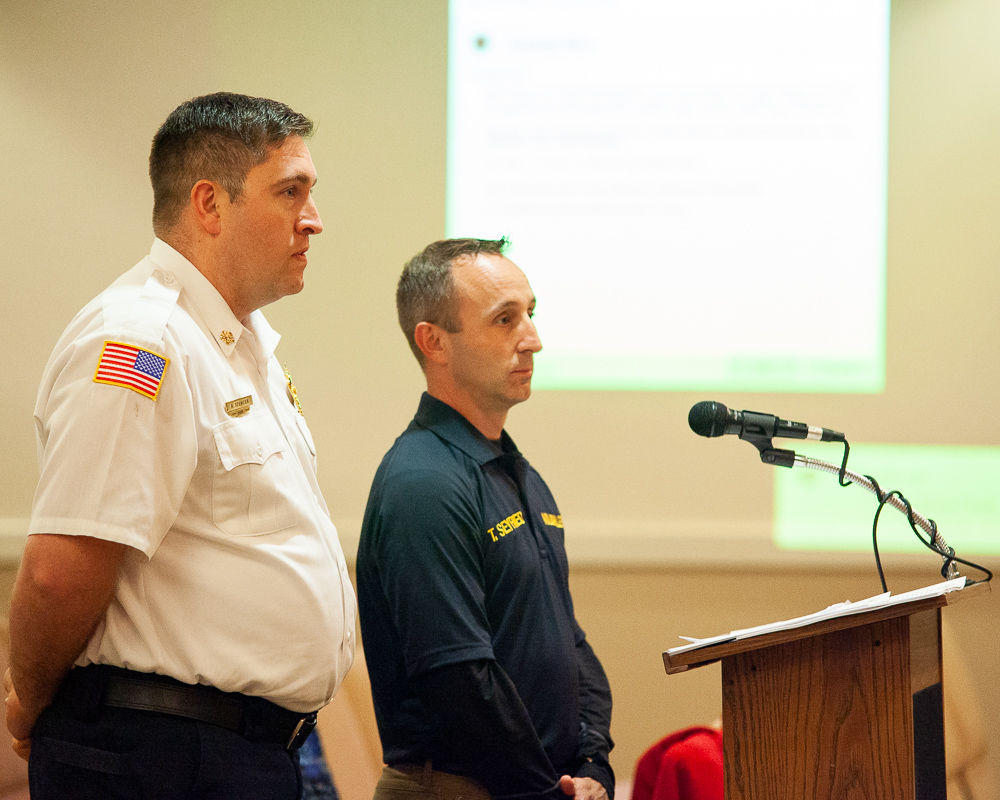 NVFD Chief Adam Spencer and NVFD Board President Tom Seyfried brought a new recommendation to the Board of Mayor and Aldermen workshop for the future of the department that requested 6 paid firefighters instead of a full-time paid chief which has previously been discussed.

The Nolensville Volunteer Fire Department addressed the Board of Mayor and Aldermen during their quarterly workshop on Thursday evening where they made a new proposal for paid firefighters.

NVFD Chief Adam Spencer and NVFD Board President Tom Seyfried brought the new recommendation to the Board of Mayor and Aldermen for the future of the department.

“Our recommendation to the town is that we hire six firefighters and that’s $340,000 per fiscal year, ”Seyfried said. “If we start then on April 1, we’re looking at $112 this fiscal year in expenses.”

Seyfried said that the new proposal was an attempt to adapt to the challenges presented to the department and the town surrounding previously reported insurance concerns.

“What we’ve done is we’ve kind of pivoted and instead of looking at is as a roadblock we’ve looked at that as an opportunity to kind of pivot and try something different,” Seyfried said.

“We are looking to go ahead and make that transition from a full volunteer department to a combination department,” he said.

He said the six full-time firefighters would work three shifts per week, two firefighters per shift who would operate on a 48 hours on, 96 hours off schedule.

“So what that is going to do is give us full time 24-hour fire protection services,” he said.

Seyfried noted the population growth and rise in calls adding that for the year they have taken 767 calls as of Thursday night.

“Because of budgetary situations we’re seeking to do this April 1. We would love to do this January 1, but being realistic we’re looking at April 1,” he said.

“This is in no way going to slow down what we’re doing with the volunteers. In fact, it should hopefully increase because when you know we have paid firefighters at the hall all of the time, it actually increases the number of volunteers and it helps us with training and just having more men and women there all the time,” he said.

Seyfried said that this would mean a guaranteed response to every call with faster response times and better training opportunities among other factors such as insurance ISO numbers.

He said that six firefighters would cost $287,000 for the salary, taxes and benefits for six employees.

He also said that $30,000 would need to be budgeted for part-time employees to cover for full-time firefighters on vacation or on other leave, and that they would also have to buy gear for those firefighters.

“Currently our line item with the budget is $157,000 dollars. We also have $100,000 budgeted for the Chief/stipend that was approved in June. We also have $20,000 budget for a Captain that is an employee of the county that is stationed at our fire department,” he said. “So that is $282,000 right now that the town of Nolensville is spending on fire protection.”

He laid out his case by breaking down the already-budgeted numbers to, as he said, pay for those positions from April to June when the fiscal year ends. He said that they would need $25,919 for gear as a budget amendment to this fiscal year, but they wouldn’t need the money until April.

He said that on the next fiscal calendar the department would need $154,000 from the town of Nolensville added to the NVFD line items.

He said that they need $25,900 this year by April and then be assured that the town would commit to $154,000 more in funding without taking any of the current budgeted dollars away.

“That is something that essentially would have to be committed to by BOMA before we hire because we can’t hire these guys and then in June come back and go, hey, we need this $154,000 and then it be up in the air as a question,” he said.

He said that the department would also “tighten our belts” saying that they would not ask for percentage increases.

“We’re not going to do that this year, we are only asking for the increase so that we can do this staffing, we’re going to make do with what we already have in our operating budget,” he said.

Mayor Jimmy Alexander suggested that they meet with the town’s budget committee to go over the idea and said that the town has supported the fire department citing a 60% increase in funding.

Alderman Tommy Dugger questioned how the possible change would impact the relationship with the county.

Dugger said that he didn’t doubt that the department could use six firefighters, but did express concern over the proposed elimination of the Captain position that is filled by a Captain from county fire services to free up budget money.

Seyfried and Spencer said that Nolensville is the only town that pays for the Captain position out of six Captains that are stationed throughout the county.

Seyfried also defended his choice to bring the issue to the board’s workshop before having extensive discussions with the county saying that he didn’t see a point to bring it to the county if it wouldn’t get approved by the town.

Dugger also had concerns over the change in direction.

“Six months ago, Tom, it was, this position, the volunteer fire chief, we can’t handle it, it’s over our head, we need a full-time chief — so we come here six months later and say, well, we’ve pivoted,  we’ll just deal with the chief the best we can,” Dugger said.

Seyfried said that the change was an attempt to adapt to the situation and he praised Spencer’s leadership that he said has brought stability to the historically unstable volunteer chief position.

“I can tell you now after the six months that I’ve been back and been running  the board that Chief Spencer has absolutely outshined any expectations or anything that I thought we were going to get out of a volunteer fire department,” Seyfried said.

Spencer added that this option would not mean any less support of the county from NVFD saying that they will continue to fully support them.

“Here’s the thing though, when we hire these paid firefighters, they’re not just going to serve the town of Nolensville,” Spencer said. “That is their primary concern but just like now, we’re going to serve the citizens outside.”

Ultimately the board decided to have more detailed discussions with Seyfried and Spencer, with the goal of having discussions with town leaders and the county about the proposed direction for the department.