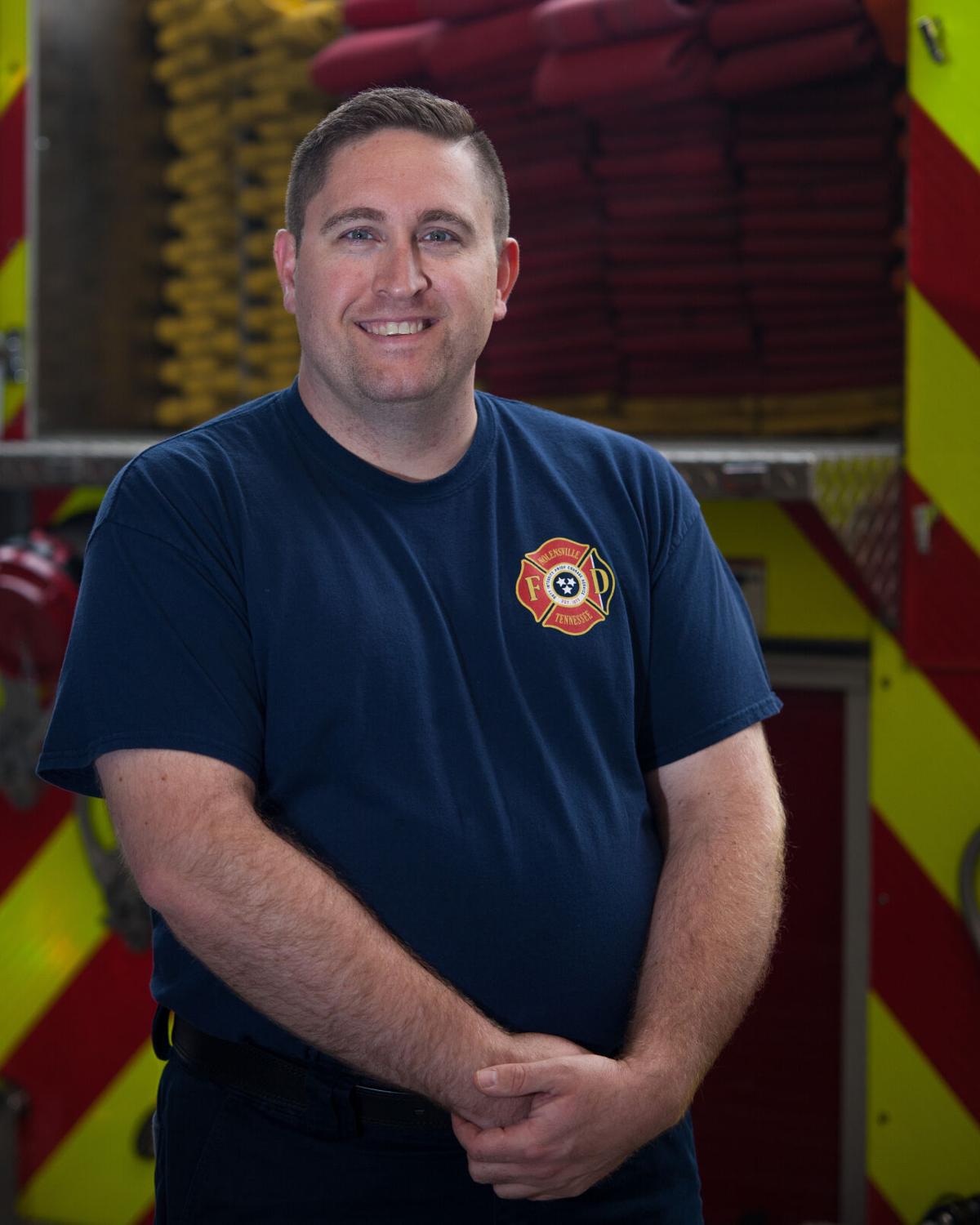 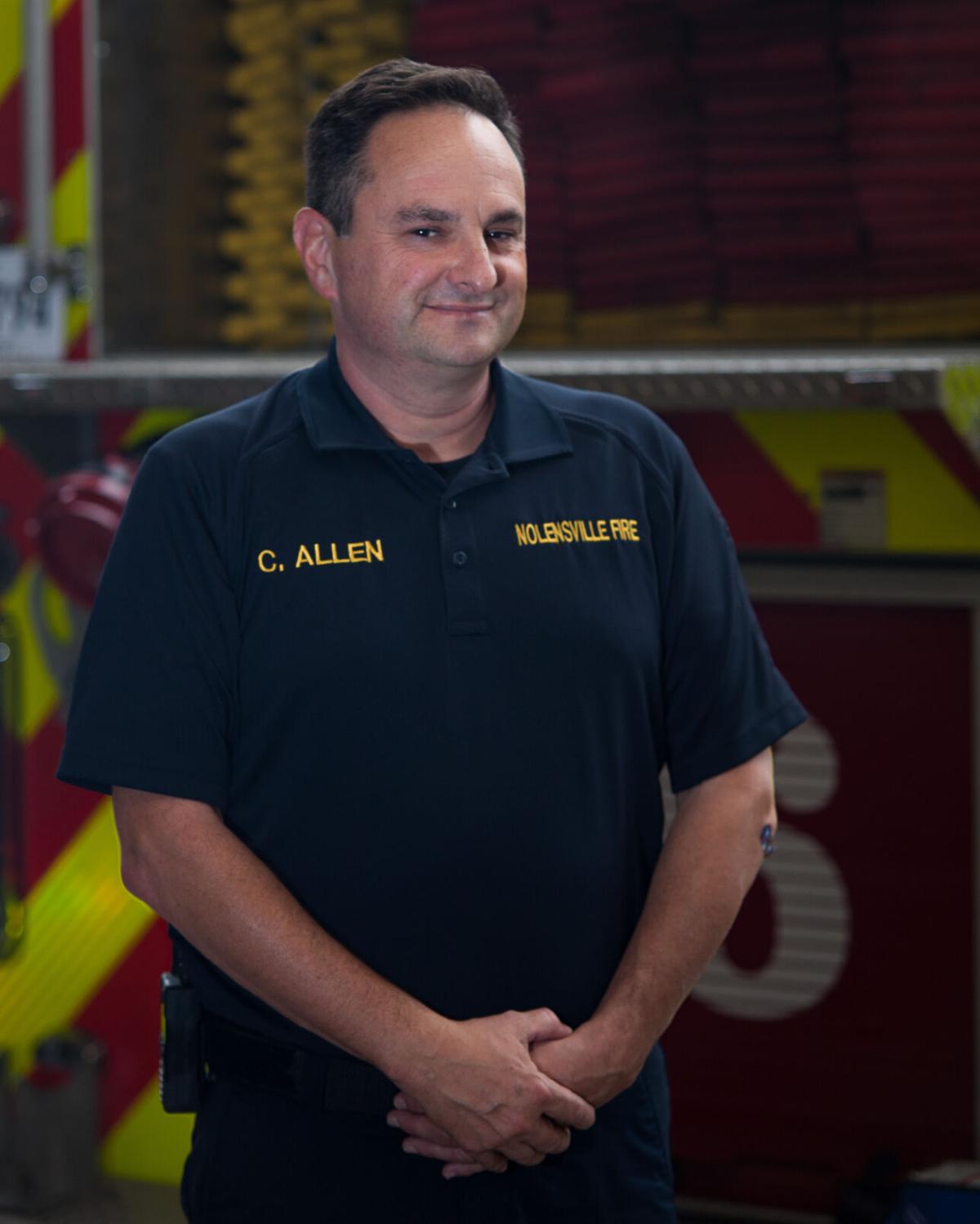 After September’s historic flooding in Nolensville trapped some residents in their homes and vehicles the Nolensville Volunteer Fire Department has started the process of working toward establishing a swift water rescue team.

NVFD Fire Chief Adam Spencer and Assistant Fire Chief Chris Allen addressed the needs and challenges of such a venture, from fundraising to purchase equipment to the extensive training — training that will be constant to keep team members ready for any challenge ahead.

“We’re right now identifying members who would be interested because it’s a fairly big time commitment,” Allen said. “There’s a rope rescue training portion, a ropes one prerequisite before we can send anyone for the actual in-the-water training and then there’s at least swift water level one which is a three-day class up on the Ocoee River in East Tennessee.”

NVFD already has a one inflatable raft, oars and a pump made possible by a grant, but other items such as helmets, life jackets, wet suits, ropes a trailer to haul gear and much more are needed to establish a team.

"There's easily 25,000 of equipment alone just to outfit the rescuers then we have to get life preservers for victims, pet carriers and muzzles, carabiners and rope," Spencer said.

NVFD has long been supported by the community and this venture is no different, with fundraising efforts specifically for the swift water team having taken place over the past few weeks.

Last week T-Mobile and Birdie's Breakfast and Lunch Shop teamed up to raise $7,000 and T-Mobile committed to match additional funds raised by the department. In addition Nolensville Ace Hardware sold picnic tables and donated the proceeds to the NVFD.

Spencer said that the department is now pursuing grant opportunities to keep raising funds for equipment and training, but said that it could take a year to a year and a half to get to the basic level of readiness.

LESSONS LEARNED FROM THE SEPTEMBER FLOOD

Allen worked to complete and after-action-review on the Sept. 13 flooding and response. He said the flooding was worse than what Nolensville experienced in the historic 2010 flood that severely damaged parts of Middle Tennessee.

“I’ll say that the Sept. 13 flood is probably the worst flooding I’ve ever personally experienced,” Allen said. “I think part of that is because Nolensville has grown up and developed so much.”

Allen previously served as the Deputy Chief in the Fire Department of Mt. Juliet which started training their own swift water team while he Allen was a member, and before that Allen served with the Wilson County Emergency Management Agency during the historic 2010 flood.

“On the 13th we had great mural aid from Brentwood, from Franklin and Williamson County’s own swift water team and they were phenomenal to work with,” Allen said. “We also got lucky though that no where else in Williamson County got the rain — it was a very localized problem.”

Allen said that while they were lucky to have the assistance of other agencies in September, they may not be as fortunate in the future if flooding is more widespread.

“We’re trying to move forward with the plan here because had the rest of the county had been affected we might not have been able to get that help from Brentwood or Franklin or the county as quickly because they might have had other incidents to go to,” Allen said. “So that’s just kind of forced us to take a look at what’s the need here, and that doesn’t mean we won’t rely on mutual aid because we always will but we just need to have better capabilities than we do now to handle some of this stuff on our own.”

Allen said that even without a team in place they still had to assist in water rescues using what equipment and knowledge they had, efforts that he believes saved a citizen's life that day, adding that they will always seek to help the public but that the goal is to be better prepared to help keep both citizens and firefighters safe.

"We feel that we had one true life saved on the 13th," Allen said. "We had a gentleman who was trapped in very high, fast rushing water up to his chest at one of the trailer parks and our crews, really without the proper equipment, said his life, and we don't want to get caught in that situation again where we don't have all the equipment that we should."

One of the local agencies that can attest to the importance and value of a swift water rescue team and all of the training and money that goes into the efforts is Brentwood Fire and Rescue who helped NVFD on Sept. 13.

BFR's Battalion Chief Scott Ellis and Division Chief of Training Nicholas Adams both spoke of the value of the team in a phone call, where they said that BFR's team was founded in the wake of the May 2010 flood.

Ellis and Adams both said that while a lot of work is ahead for NVFD that the department is taking the right steps and learning lessons early on.

"With the floods that came here in Nashville we were kind of caught off guard and we all had to speed up, but Nolensville is in a unique position where they can kind of get their foothold on a steady surface," Adams said.

Spencer and Allen said that NVFD is always accepting donations and encouraged anyone who would like to directly give to do so through the department's website.

"People can rest assured that when they donate directly to our fire department that the money is going to be put towards equipment that stays in the community," Allen said. "We're a local, community-based fire department. A lot of our members live here, were born here, so if people feel called to make a donation to our department then that money will go to benefit and enhance services in Nolensville."

"I can't say how much we appreciate it enough," Spencer added. "I've tried to be very transparent and forthcoming about where the donations go and show people that truly what they're giving us is put back into the community."