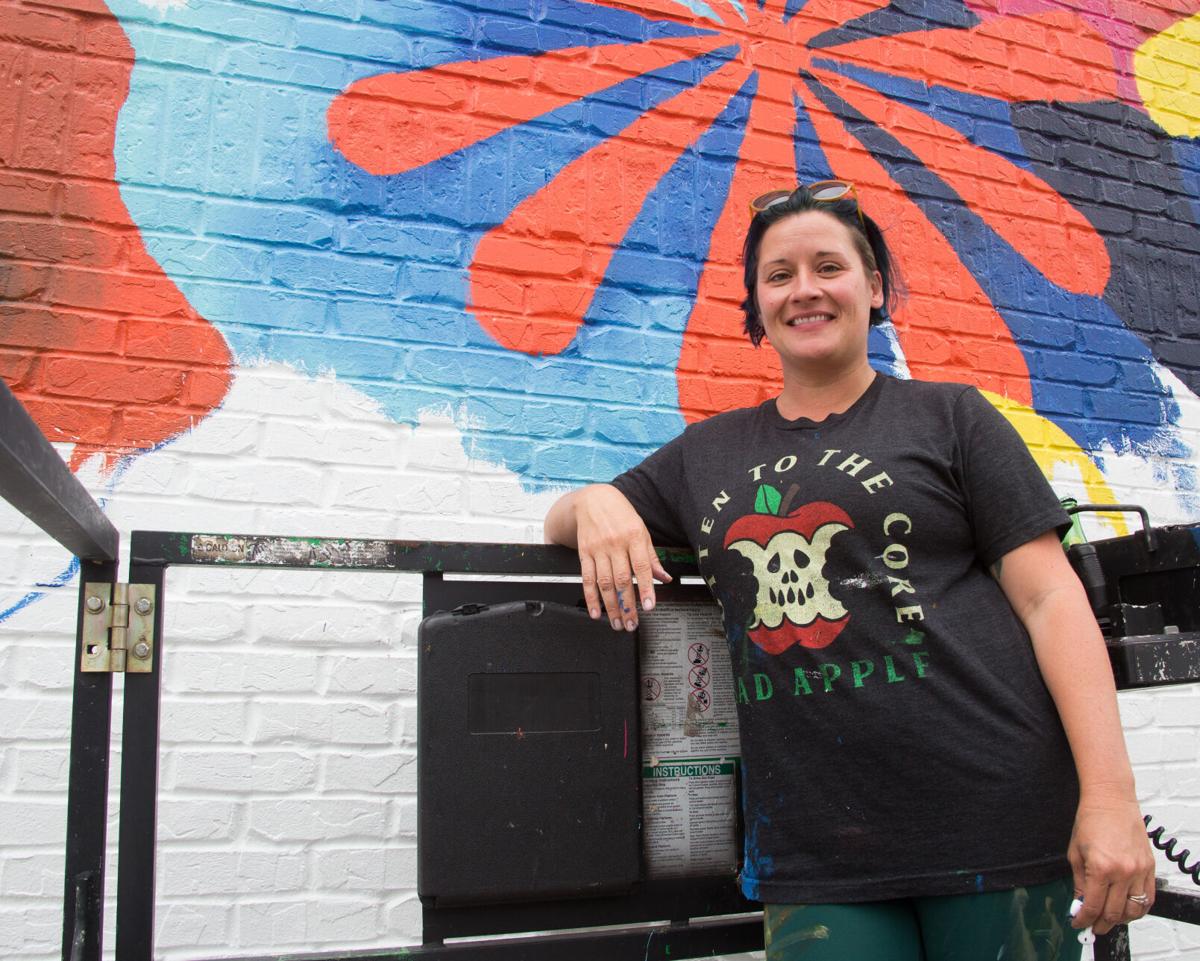 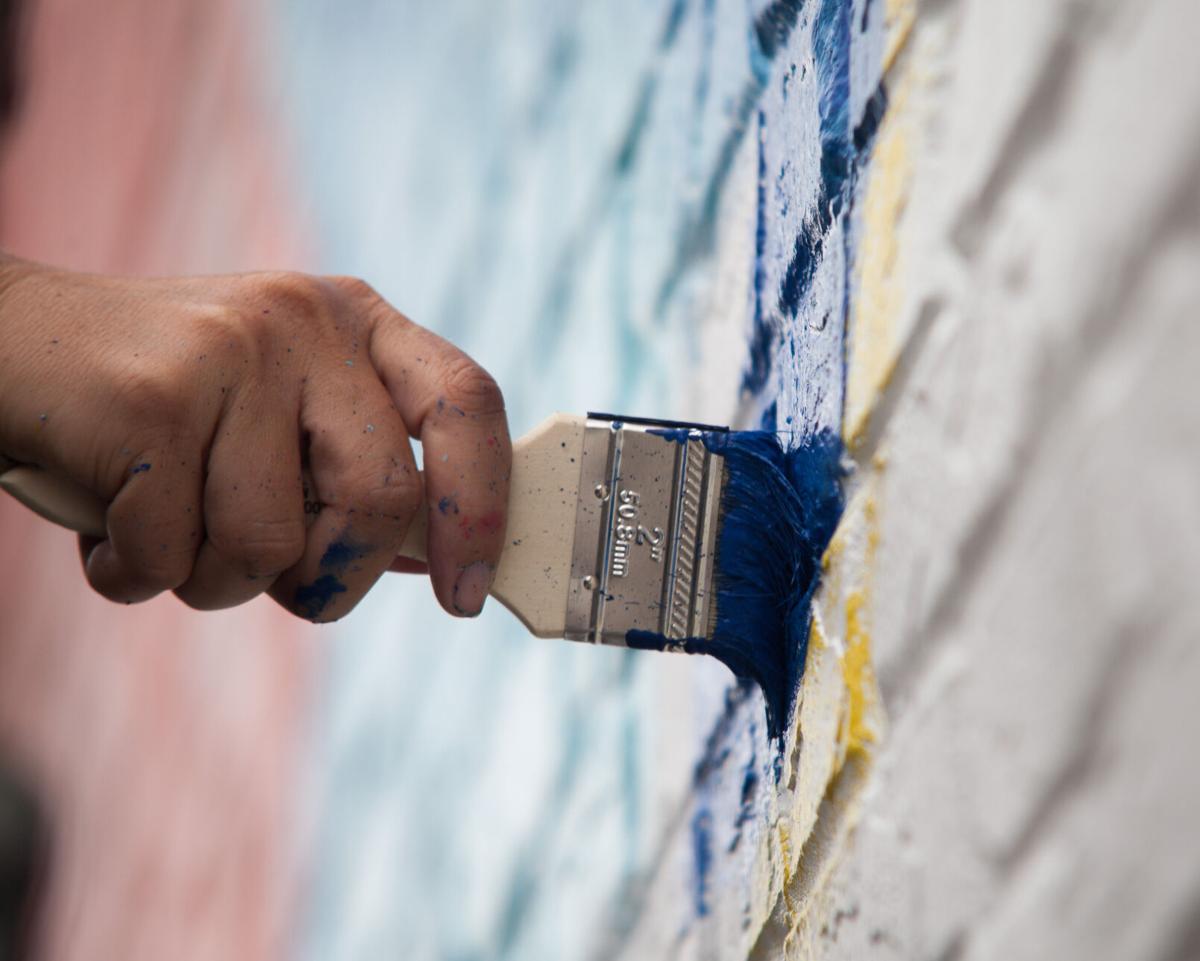 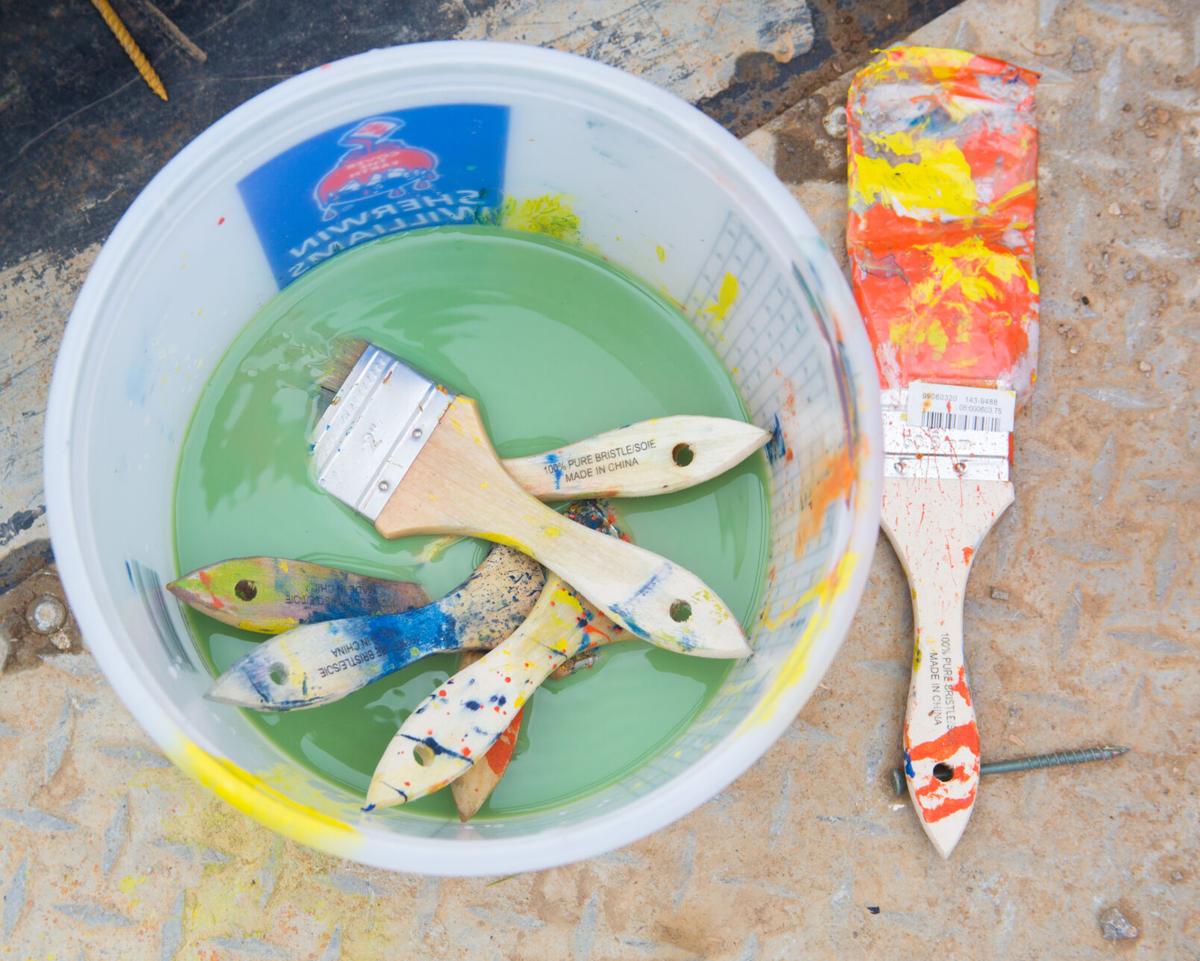 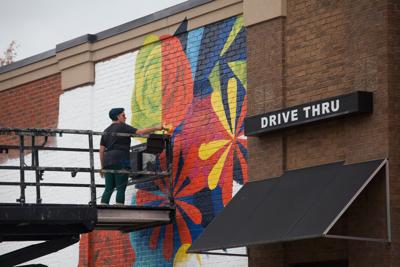 The Town of Nolensville’s first mural has begun as Nashville artist Kim Radford put brush to wall on the exterior of Mama’s Java Cafe this week, finalizing an extended mission by some community members to bring public art to town.

The mural is the last installment in the Walls For Women public art project that has seen images pop up across the state to honor the centennial of the ratification of the 19th Amendment that was recognized in August.

Radford began hand painting the floral-design on the side of Mama's Java Cafe on Monday and although inclement weather has delayed the process, she's been hard at work utilizing a hydraulic lift to scale the 20 foot by 20 foot wall.

Radford started the process by sketching a design and allowing herself creative freedom while painting. She said that the mural is a way to inspire and invest in a community, and allow the public to enjoy, interact with and interpret the painting.

"It's really cool when a city or a company or a person decides to invest in an artist and then sets it free into the world and people can come stand in front of it, or they can touch the wall, they can promote themselves, their thoughts, their city right in front of the wall," Radford said.

The project started earlier in the year as a proposal for the Historic District before changing to a location on a county-owned which ultimately failed but was revitalized by private citizens and businesses, with funding coming from a Kickstarter campaign.

Mama's Java owner Melissa Hall said that she's been a supporter of the initiative and was veery happy to give the mural a home.

"We're glad that it landed here in Nolensville and being [on the side of a woman-owned business," Hall said.

DMA Events Vice President Scott Van Velsor said in a phone call that although Nolensville is the book end to the 2020 project, they are planning on expanding Walls for Women into a long term component of their art non-profit to continue to spread and invest in public art.

"There's just been such good energy among the artists and property owners and commas that we've worked with and everyone who has been involved with this that we just can't ignore that this is something we should do long term," Van Velsor said.

"The energy surrounding public art and the impact it has on communities is just so interesting and in some ways profound in ways that we didn't even think about," Van Velsor said. "At a lot of the mural installs young girls and young women would come up and get to interact and talk and be inspired by it, so that aspect of it just makes us feel really inspired and excited for the future."

Other mural locations include Centerville, McMinnville, Tullahoma, Maryville, Knoxville and Nashville which can be found here. More of Radford's work can be found on her website and Instagram.