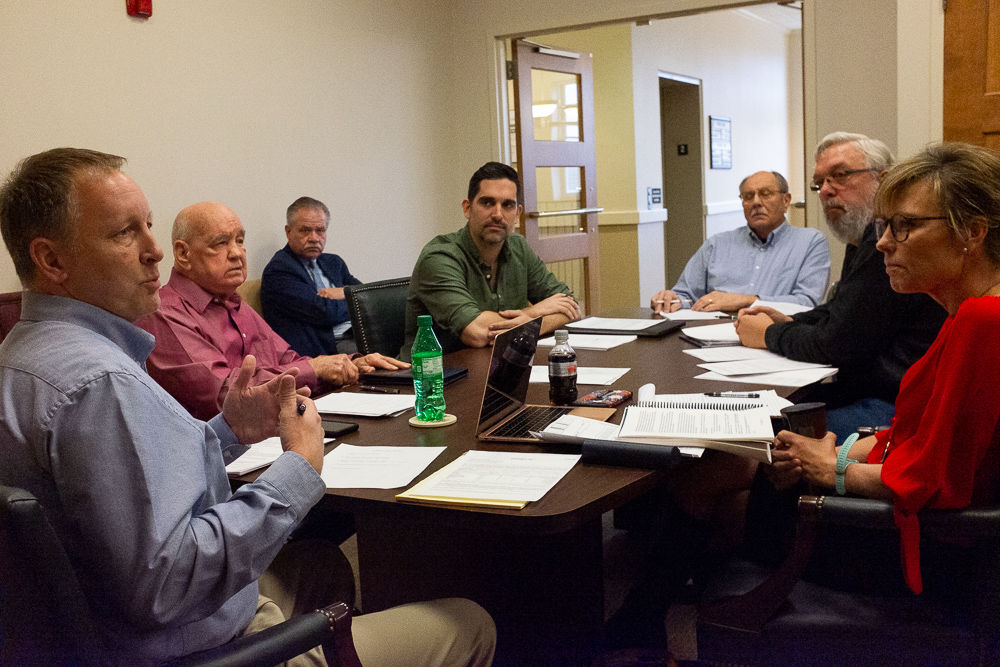 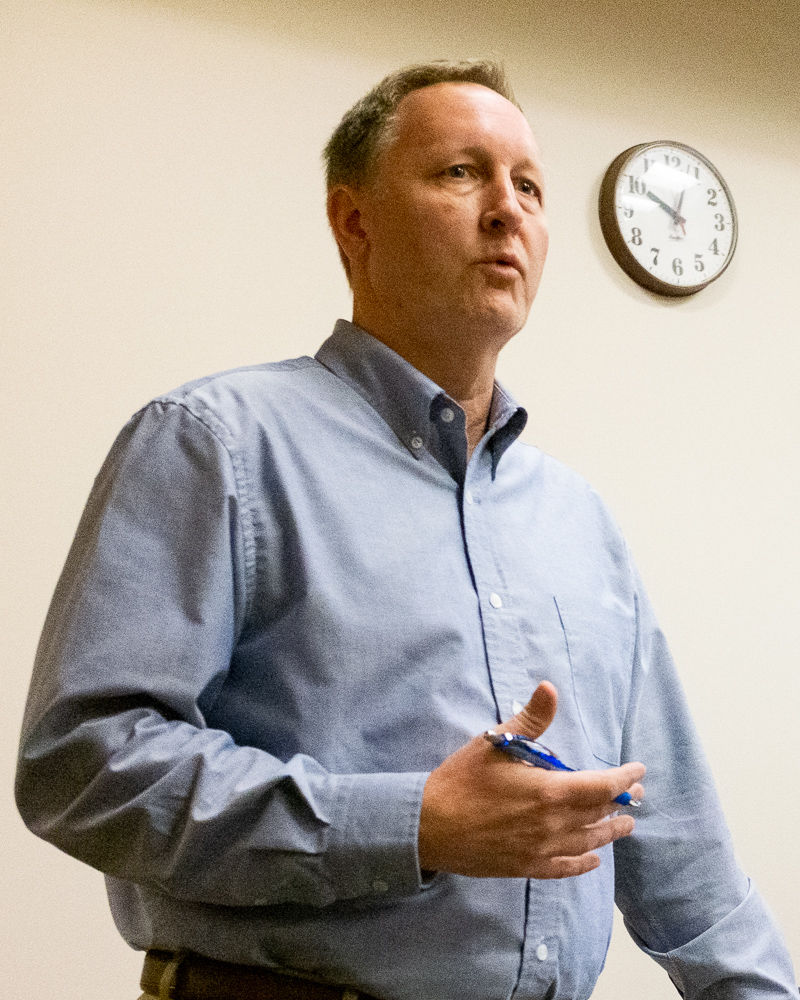 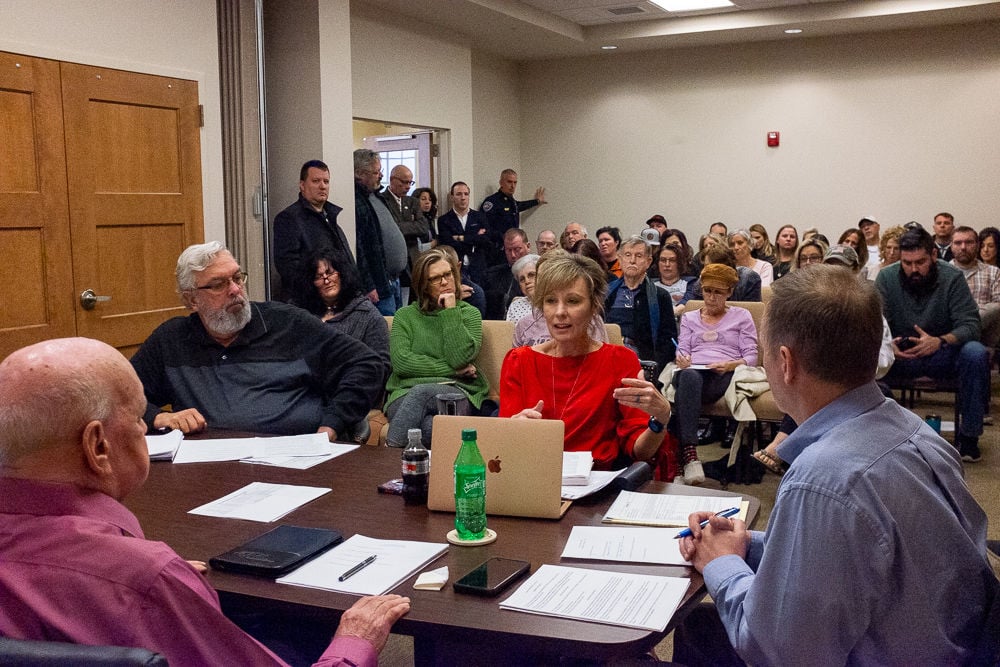 More information surrounding the resignation of Nolensville’s new Town Administrator Scott Collins came to light in Wednesday’s Board of Mayor and Aldermen workshop.

At the workshop that was also attended by about 40 members of the community, Collins and BOMA talked through issues facing the town and ended with a respectful, yet frank conversation on the soon-to-be former town administrator.

Near the end of the meeting the topic of finding an interim town administrator was discussed. Nolensville Vice Mayor Tommy Dugger asked Collins if he would be ending his employment with the town after Friday, Feb. 14, something that Collins initially acknowledged saying that we would like to continue working with the town for free in order to continue to help the town reach their goals.

“The mayor and I discussed that, how that will go, and my commitment to the mayor and my request to you, and Fairview is aware of this as well, if you will allow me, I am open to devoting as much time to this process as this board will allow me to do,” Collins said. “I’m open to that on my own dime, at no expense to anyone, to help with the work sessions, the facilitation of this at least getting this to the budget year to figure out what that is. That’s my pitch to you.”

Dugger questioned Collins’ request saying that Collins is bound to a contract that allows him to back out after 90 days of employment but not earlier.

“You say that, and I don’t know how much we understand it or agree with it because we had a contract and that was written on paper and that didn’t go too well either,” Dugger said. “We started this process in April and then stopped the process at the end of October or November and so I’m just saying that for you to walk out the door on Friday, it’s number one, I think you’re better than that, I may be wrong, but I think you’re better than that and I think you owe us an obligation per the contract.””

Collins said that Dugger’s comments and frustrations were understandable, but stuck by his offer to assist the town without accepting any pay after Friday, prompting Alderman Wendy Cook-Mucci to ask Collins if he would work out his 90 day with Nolensville and offer to assist Fairview for free instead.

“I know that people have said that if somebody doesn’t want to be here we don’t want them here, and that would be true in some cases, but I’ve watched you work — we need you for the next 90 days,” Cook-Mucci said. “I want Fairview to get you part-time, I want us to have you for the 90 days. Do some free work for them, but stay in your contract with us, the contract that you signed with us, and be the person that you’ve been for the last month and help us to get the work done and then leave when you’ve fulfilled your obligations.”

While Collins declined to comment on specifically why he was returning as Fairview’s City Manager, a position that he’s held for three and a half years, he said that it was efforts by both the Fairview community and city staff who worked to get him back.

Collins added that he was both humbled by how much Fairview valued him and embarrassed and apologetic for the turnaround and the manner in which town officials found out about his decision, which was made public in a Williamson Home Page article on Monday, after the rehire was confirmed in an email by Fairview Mayor John Blade before Collins informed the mayor.

Collins also said that his willingness to help beyond Friday is sincere and questioned how much they could really get with him as a town employee in just 90 days.

“There’s more work that's going to take [more than] 90 days here, that’s three meetings. We’re not going to accomplish anything in 90 days. We might accomplish something in a year. There’s a lot that’s going to go into this, so my effort was to hit the middle ground for that and that’s what I expressed to the mayor, so I will accept the frustration, I get that,” Collins said.

“I understand it, but I hope you understand ours too,” Dugger replied. “We got our information from Matt [Williamson Home Page reporter who broke the story,] which I think is not showing us respect and notifying us of what you’re doing and so I’ll just be point blank. I think that’s disrespectful to us and you went about it the wrong way.”

“I accept that, no question about it, I own that,” Collins said. “Had I know that was happening I certainly would have given you that information, I simply did not. So I accept your criticism, I accept ownership of that and had I done something to further that I would accept that too. The fact is I didn’t and I apologize for that.”

Dugger accepted the apology and said that their working relationship has been positive, despite Collins’ resignation.

When asked directly by Cook-Mucci is he would stay for 90 days, Collins responded, “I’ll have a discussion with the Mayor about that outside of here.”

“There’s no way that I can express the humility, the embarrassment, the appreciation, the gratefulness in every direction for every way and it changes every five minutes,” Collins said.

Mayor Alexander expressed his disappointment in Collins’ decision to leave but called him a valuable asset during his short time working with the town.

“In the future when we hire somebody, there is no perfect person out there,” Cook-Mucci added. “We can do the best we can and at the end of the day it’s going to be a risk and if it fails then people are going to nail us to the wall with it because that’s just how people were, but I don’t regret hiring you, even after all this because we got some work done and we’re going to continue to get some work done,”

Alderman Larry Felts said that Collins will be difficult to replace, having set a new standard for the quality of applicant required for the position of town administrator.

“I’ll say this, you’ve set a standard. You showed me what we need to be looking for,” Felts said.“When you did the interview I knew then that’s the person we [need to] have. The way you talked, the way you operate and stuff like that, you’ve set a standard that we’ve got to look for because you’re going to be very hard to replace.”

“I appreciate that,” Collins responded. “But there’s a higher standard, and I’ll say this to the people in the room [citizens,] but if you look at this table, I don’t think a year ago that this conversation takes place, I don’t know that six months ago this conversation takes place, but if you build [on] what your elected body has done today — because for all the rhetoric and all the this and that and all the other, the stuff that’s gone on — I see five people sitting at the table who are trying to accomplish something, and I don’t know that that could have been said six months ago.”

Collins continued, calling back to comments that he made earlier in the meeting for the need for citizens and greater community to support the mayor, commissioners and city staff, who Collins said are working hard for the best interests of the town in the face of mounting criticism, much or which happens online.

“Our communities are such that people have forgotten how to disagree. There’s a belief that we must simply dislike someone that we disagree with when in reality, if we can learn people’s motivations and take the time like you have today, once you learn those motivations you’ll come to some common goal for what you’re trying to get to,” Collins said. “That’s reflective of the five people sitting here, absent of me, to the people in this room and everywhere else.”

“Being elected or appointed to a position of leadership doesn’t make someone a leader, it simply gives them the opportunity to lead,” Collins said. “What you do with that opportunity will determine whether or not your a leader, and I think leaving this table with this group gives the opportunity to have a leadership that’s seen as a whole group rather than individuals for the community, and I’m sincere about that, and I think that needs to be thought of just as well in a favorable manner as anything else that you’ve gotten done here.”