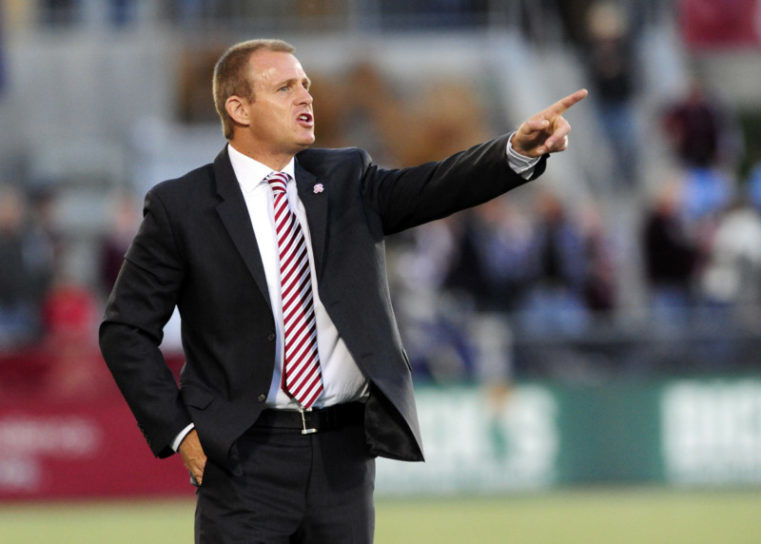 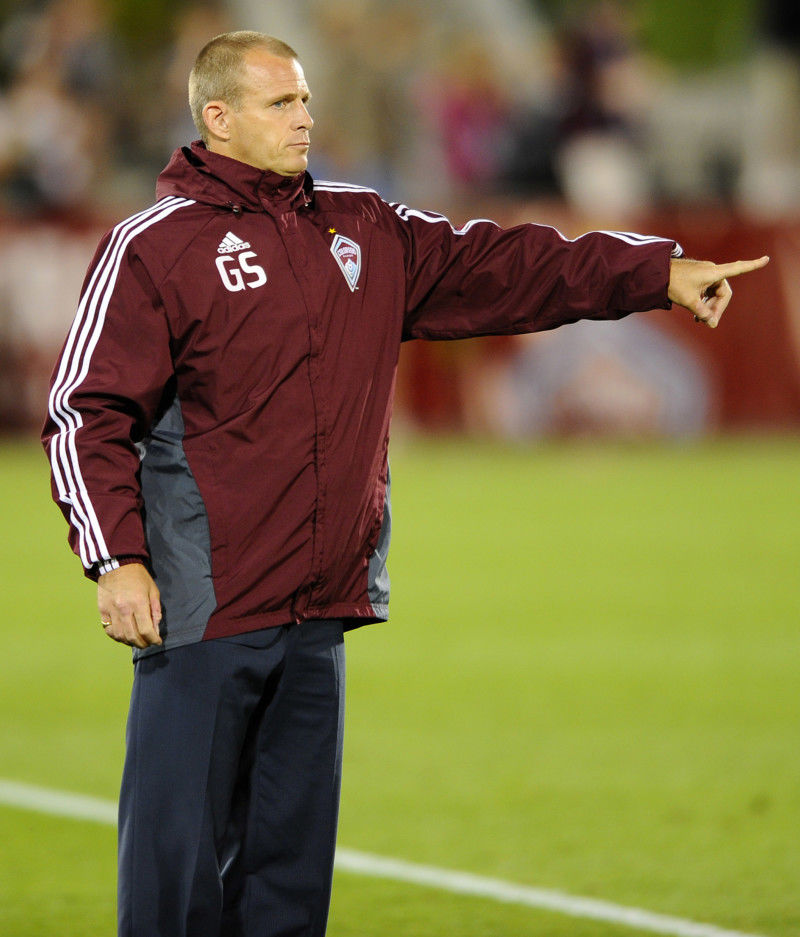 Gary Smith is building a new soccer team in Nashville and a new life for his family in Nolensville.

The Harlow, England, native was named coach of the Nashville Soccer Club in mid-April.

Nashville, a United Soccer League expansion team, will debut in 2018.

“It’s a situation that not many coaches throughout their careers have a chance to do,” Smith said. “Normally, you’re coming into a sporting franchise that’s up and running and you’re taking over from somebody else who’s either done very, very well and maybe got to move on, or who’s done very, very poorly and has got the sack.”

Smith, 48, relishes the chance to set the tone and philosophy of a brand-new team.

“I’ve got a blank canvas to make sure that the players and the staff and the culture that we build here is one that will certainly serve us well for not just the near future, but obviously the long-term,” Smith said. “A lot of things that are going to be achieved now at this soccer club will probably stand us in a good (shape) for the long term, or unfortunately, if we get it wrong, it’s going to cause us a bit of a difficulty further down the line.”

Smith, his wife and three children love living in Nolensville.

“When we came back in January to look for a possible place to live, we looked around Brentwood, Franklin and Nolensville in the Williamson County area, as we’d been guided towards the school system there for the kids and we found a lovely home in (Nolensville),” Smith said. “The kids settled in almost immediately to their school. There’s not a bad thing to say about Nolensville. It’s obviously growing.”

Smith will announce his assistant coach within the next month and additional staff members probably will be determined in about six weeks.

USL rules prevent Nashville from signing any players until the end of this season, but Smith is focusing on potential signees.

“Given that we are a brand-new organization (interested in) creating the right environment, the right culture and engaging the city and the crowd, I want to make sure that the players, the philosophy and style of play for this team is an exciting one,” Smith said. “I think it will galvanize the supporters we have and the fan base. It will make our home stadium and field a difficult one to come and play in.”

“We have two or three options,” Smith said. “We want to make sure that the experience for fans is as good as can be.”

The team nickname hasn’t been determined either.

Smith is optimistic about the support for the Nashville Soccer Club after the city produced the two largest soccer crowds in state history in July.

A record crowd of 56,232 attended Manchester City’s 3-0 win over Tottenham Hotspur in a preseason International Champions Cup game between the English Premier League powers at Nissan Stadium on Saturday.

Three weeks earlier, 47,622 tuned out for the 1-1 tie between the U.S. and Panama in a CONCACAF Gold Cup game at Nissan Stadium.

“Since I’ve been here the atmosphere and the excitement around soccer has been phenomenal,” Smith said. “The records were broken back to back. There alone, you can see the passion and excitement around soccer, in general. There’s a great romance anew in the city and I think everybody at the organization is looking forward immensely to 2018 coming around and getting the product on the field.”

Nashville’s rapid growth also gives Smith optimism. The city averages 70 new residents in net migration per day and the Metro area population has swelled to 1,885,298, according to the Nashville Chamber of Commerce.

“That’s an incredible stat, isn’t it? That amount of people coming into a city daily,” Smith said. “You’ve got a great core of Nashvillians that support the sporting franchises in the city tremendously already. I’ve seen it first-hand with the Predators and their run in the Stanley Cup.”

Smith believes the city’s diversity will help with soccer fans from different cultures living in Nashville.

He coached the Colorado Rapids to the Major League Soccer Cup title with a 2-1 overtime victory over Dallas in 2010.

“It seems like a lifetime ago, but those memories do stick with you,” Smith said. “It was a fabulous year and we finished off with incredible style and excitement.”

Smith was in his second season with the Rapids, who showed marked improvement that year.

“The first challenge, given that the team had missed out on the playoffs for four years prior to that, was to make the playoffs and to get a feel-good factor back around the organization. Once we made the playoffs our focus changed, of course, like a lot of teams do.”

Colorado edged Columbus and San Jose by one-goal margins in the first two rounds of the playoffs before beating Dallas in a frigid November final.

Macoumba Kandji scored the winning goal in the 108th minute.

“It was an incredible achievement and something that I’m sure the Colorado Rapids will remember for a long, long time, having been the only major piece of silverware that the organization has won in their history,” Smith said.

Now, Smith will start from scratch with Nashville in the USL, a 30-team, second-tier U.S. league. It’s just outside the MLS.

“If you see USL teams playing against MLS teams in the Open Cup, which is the only opportunity for the two teams to come together because they are different leagues, we see year on year USL teams are beating MLS teams,” Smith said. “And the gap between the two groups is ever growing tighter. I think that’s due to the standard of play in the U.S., in general, and the attraction of soccer.”

He believes there is a fine line between the quality of play in the two leagues.

After leaving Colorado in 2011, Smith coached Stevenage in England and the Atlanta Silverbacks in the North American Soccer League.

He was a central midfielder during his professional career, including a 66-match stretch with the Wycombe Wanderers, a fifth-tier English team at the time.

His career ended prematurely at the age of 24 after breaking his leg twice.

“The one that finished me was a compound fracture,” Smith said. “My tibia snapped through the skin and I was out for 10 months after having both bones pinned. As you can imagine, an awful lot of rehabilitation.”

His broken shinbone led to back and hamstring problems.  It happened during a tackle while playing for Barnet.

“I never watched it again on TV — not really the inclination to do that if you can imagine,” Smith said. “Yeah, five days on morphine afterwards probably set the tone for me on that one and it wasn’t something I wanted to revisit.”

Soccer is the most popular sport in Smith’s home country, but football holds that distinction in America.

“You have to remember, first and foremost, the game in England is 100-plus years old, so there is a lot of catching up to do in the U.S. in terms of historical value,” Smith said. “I came to the U.S. in 2008, I left again at the start of 2012 and returned four years later to find that a game that was already growing and there was a tremendous amount of support for and excitement around had just exploded.”