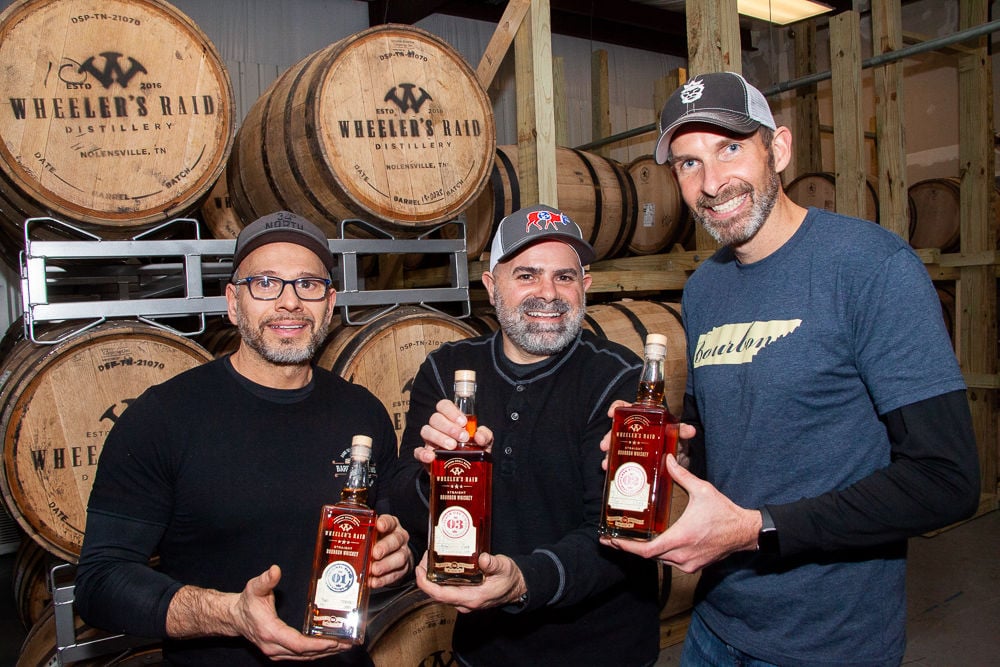 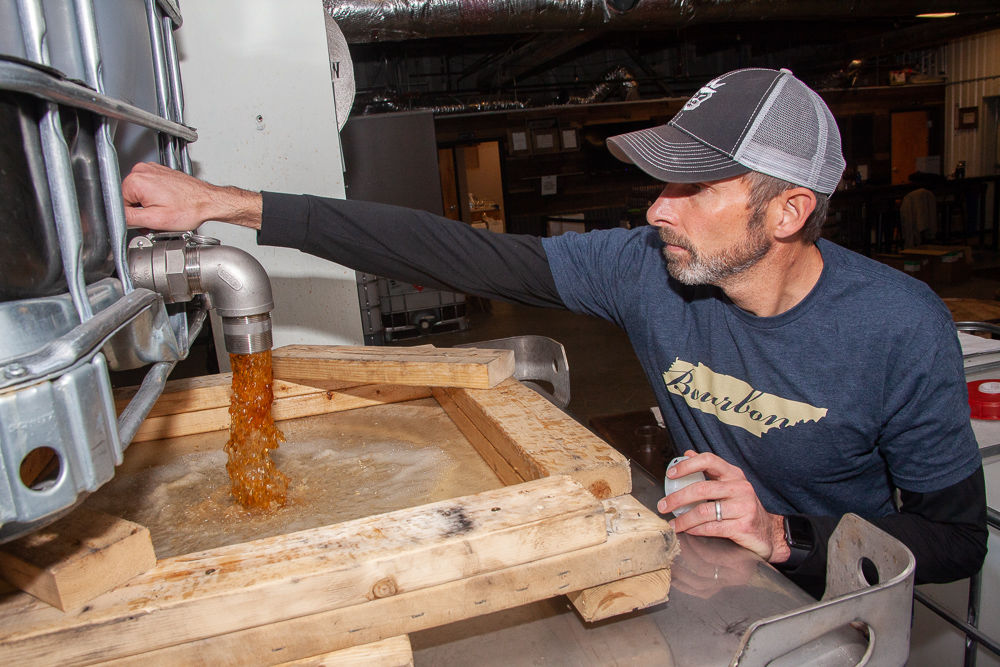 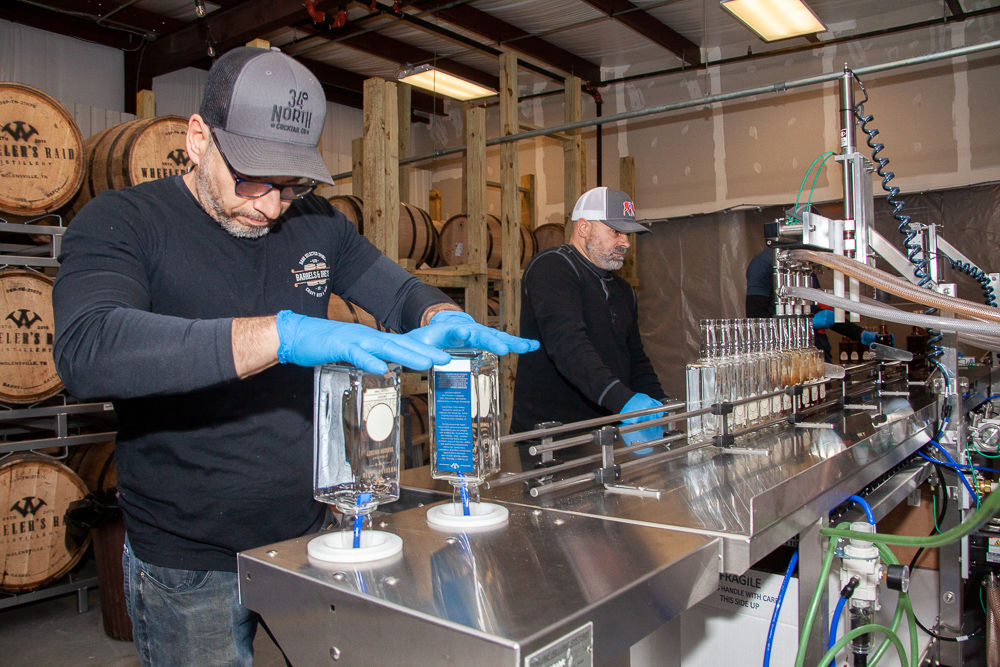 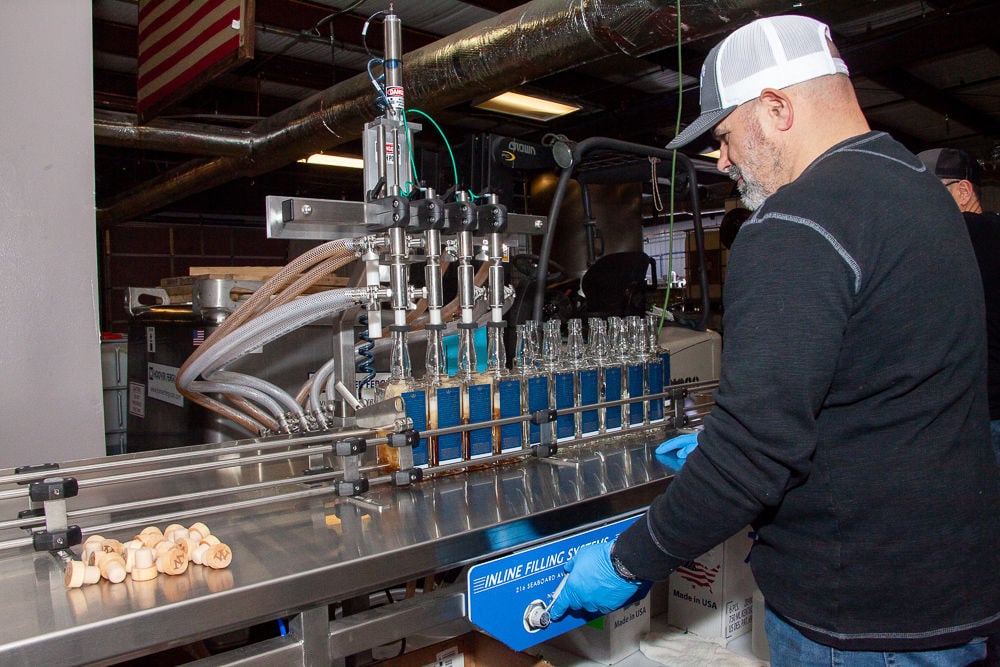 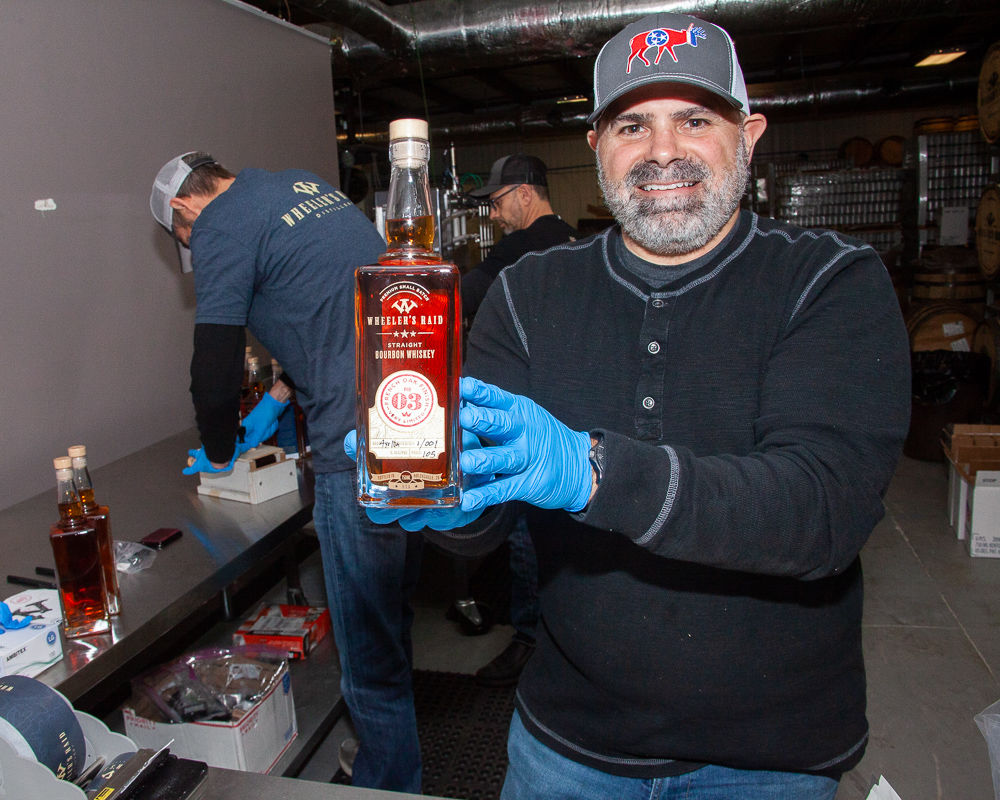 Ryan Thomas shows off a finished bottle of bourbon fresh off the line at Wheeler's Raid Distillery. 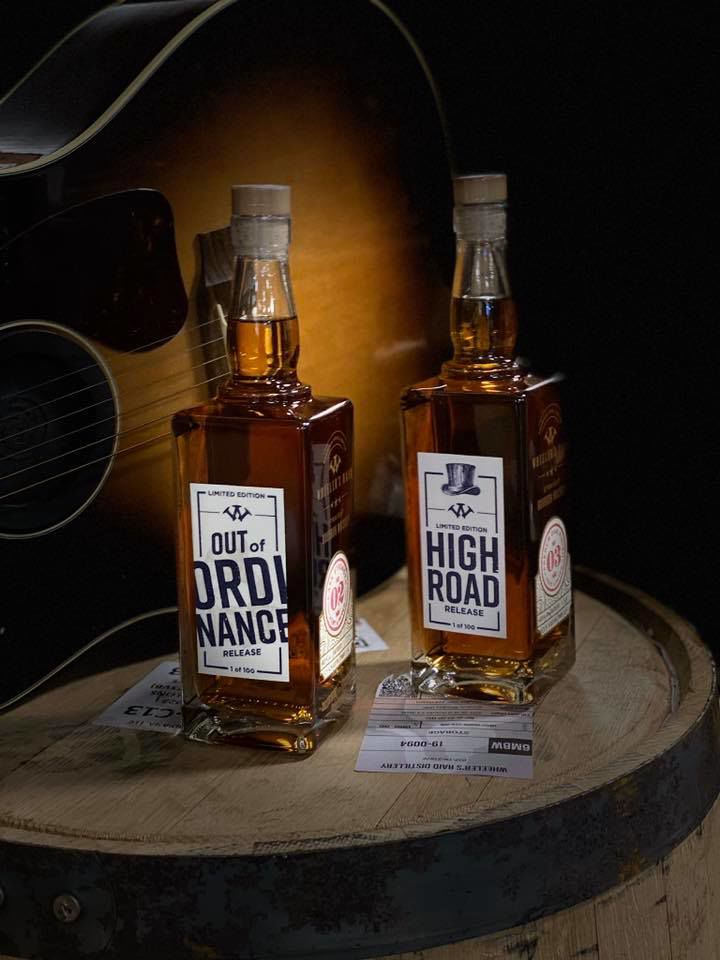 Wheeler’s Raid describes Out of Ordinance as a a five-year small batch, cask strength bourbon at 115.2 proof, while High Road is described as a higher proof version of their four-year, 10-month French oak stave finished bourbon sitting at 107.3 proof.

Only 100 bottles of Out of Ordinance and 100 bottles of High Road and 250 bottles of the Original Blend have been produced and will only be available at Saturday's launch at Wheeler's Raid Distillery on a first come, first serve basis.

The Original Blend will have a 1-bottle limit per customer and the official release for all of the bourbons will be 8 a.m. on Saturday, although Wheeler's Raid suggests that people get in line early.

The Original Blend, Cask Strength and French Oak Finish will have a retail release and be available in Middle Tennessee liquor stores a week after the release followed by state-wide distribution.

The on-site release is both the opportunity for Wheeler’s Raid to sell a produce and a way to thank the community that has made them so successful in their short time as a business.

“We wanted to create a community like Jack Daniels and bring it to Nolensville,” Founder Anthony Amico said. “I’ve been a resident of Nolensville for the last 10 years and I’ve got other businesses in Nolensville and this is just a tight-knit community that’s something special.”

Founder Ryan Thomas said that said that Wheeler’s Raid Distillery is continuing to improve their craft, adding that while the business is a challenge, remaining debt free and working to build and keep good relationships with customers, neighbors and industry and partners is key to their success.

“We want to create bourbons that can be consumed and purchased for a reasonable price,” Thomas said.

That learning process, partner Brian Waller said, included countless hours of creating samples in mason jars to fine-tune the perfect finished product that they were proud to serve.

Wheeler’s Raid did suffer a setback in August after noise complaints from live music led to the distillery to close down their tasting room for a short time, a setback that the trio is confident will see them return to full business soon as they remodel and upgrade their facility.

“The tasting room is the best way for us to tell people what we are doing,” Ryan “Getting that back open is a big, big part of our expansion.”

The passion and knowledge of the crew behind Wheeler’s Raid is evident when hearing them speak about the intricacies and artistry in making bourbon or when watching them hand-stamp and handwrite editions on the bottles fresh off the line, a passion that is shared by the community as evident by the hundreds expected to line up on Saturday morning.

“We’re all passionate about bourbon and a big part of the bourbon community is sharing it. There’s nothing like creating it, and having a venue to share two of our passions, live music and bourbon,” Waller said. “So we found that in our partners and we found it in the community as well.”