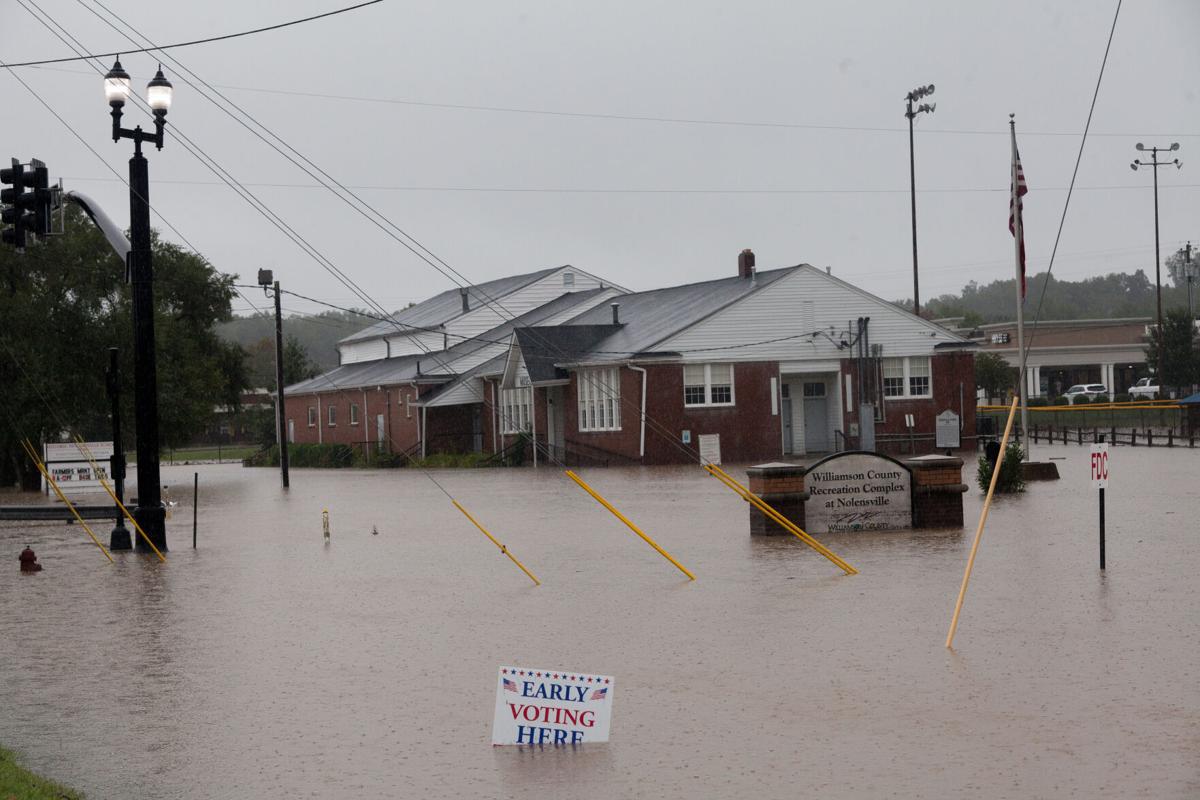 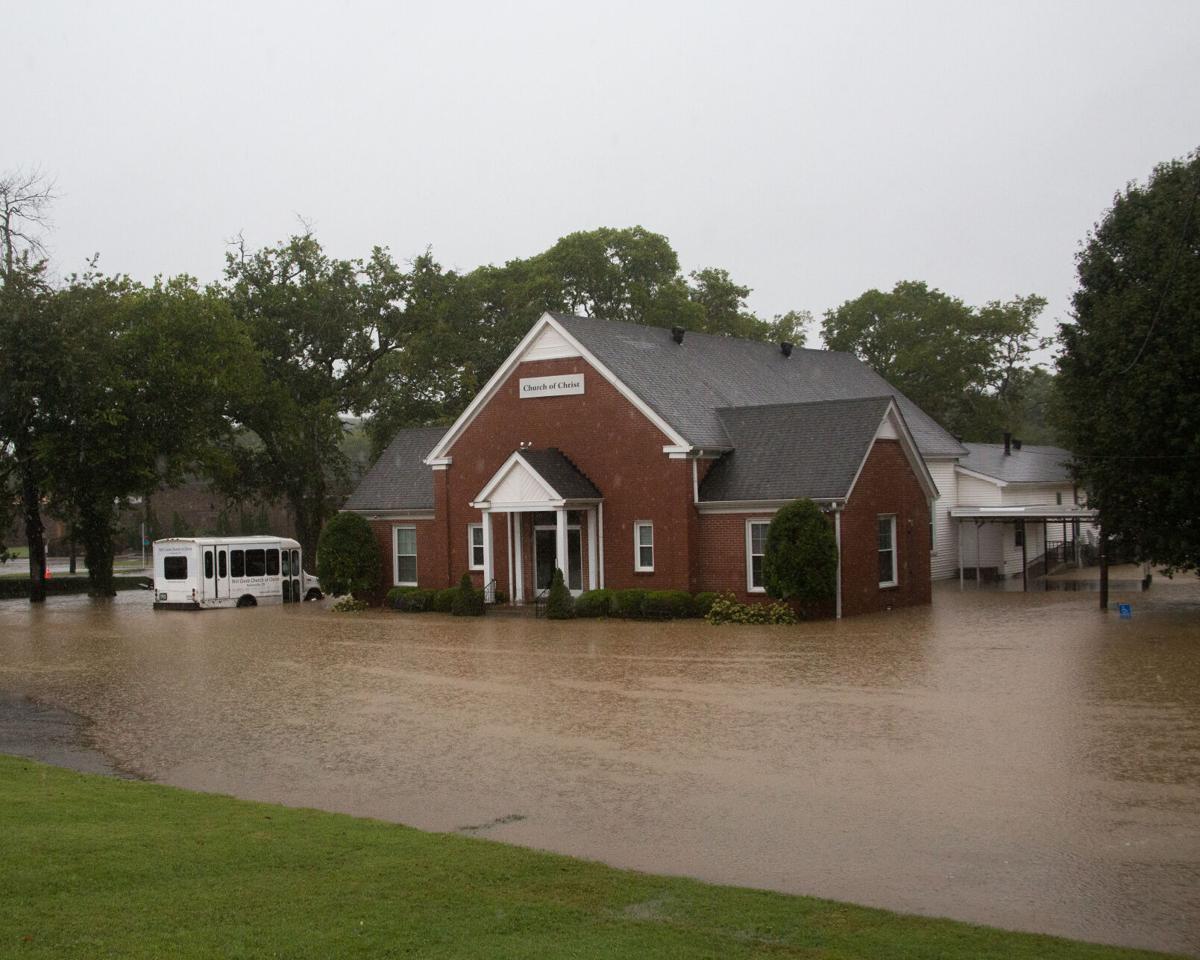 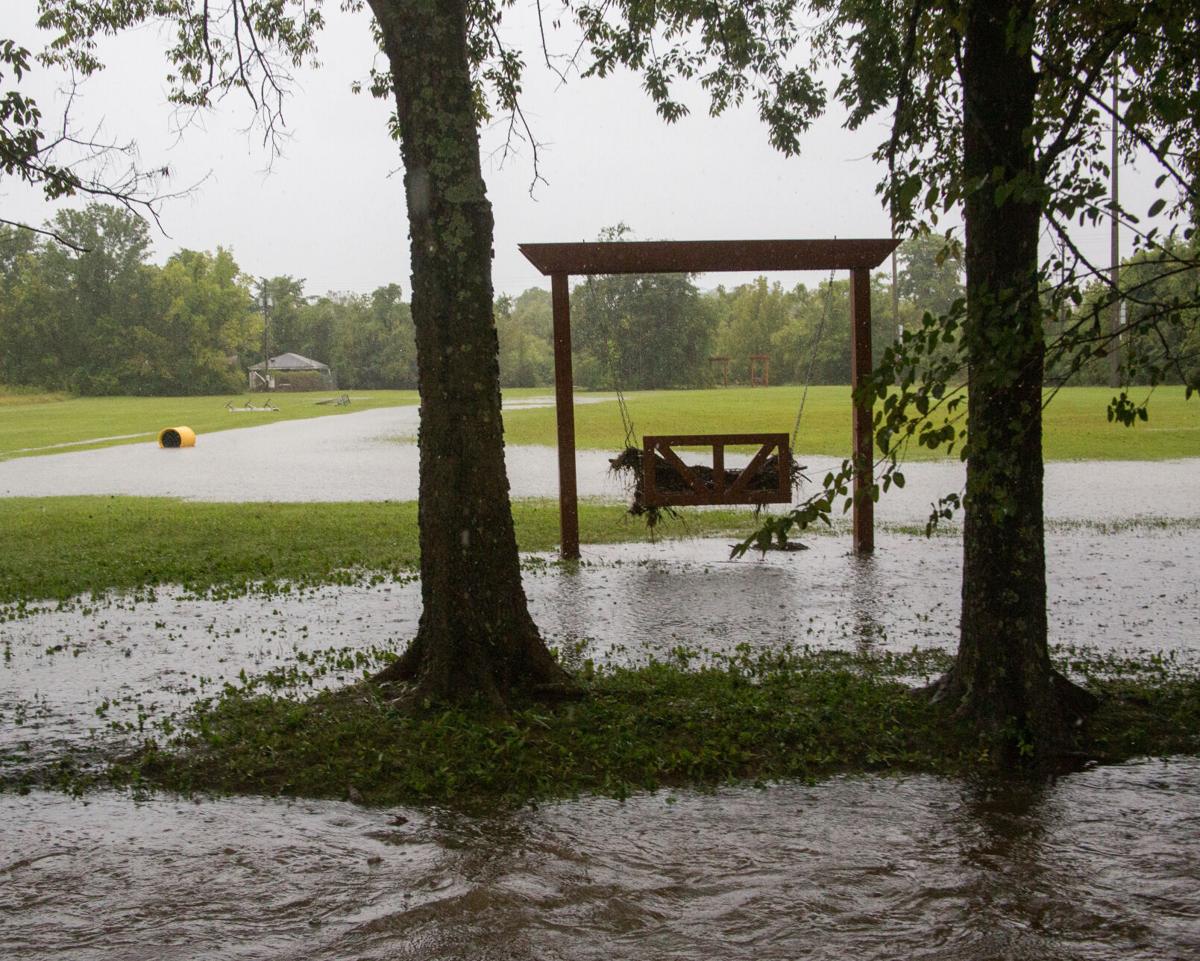 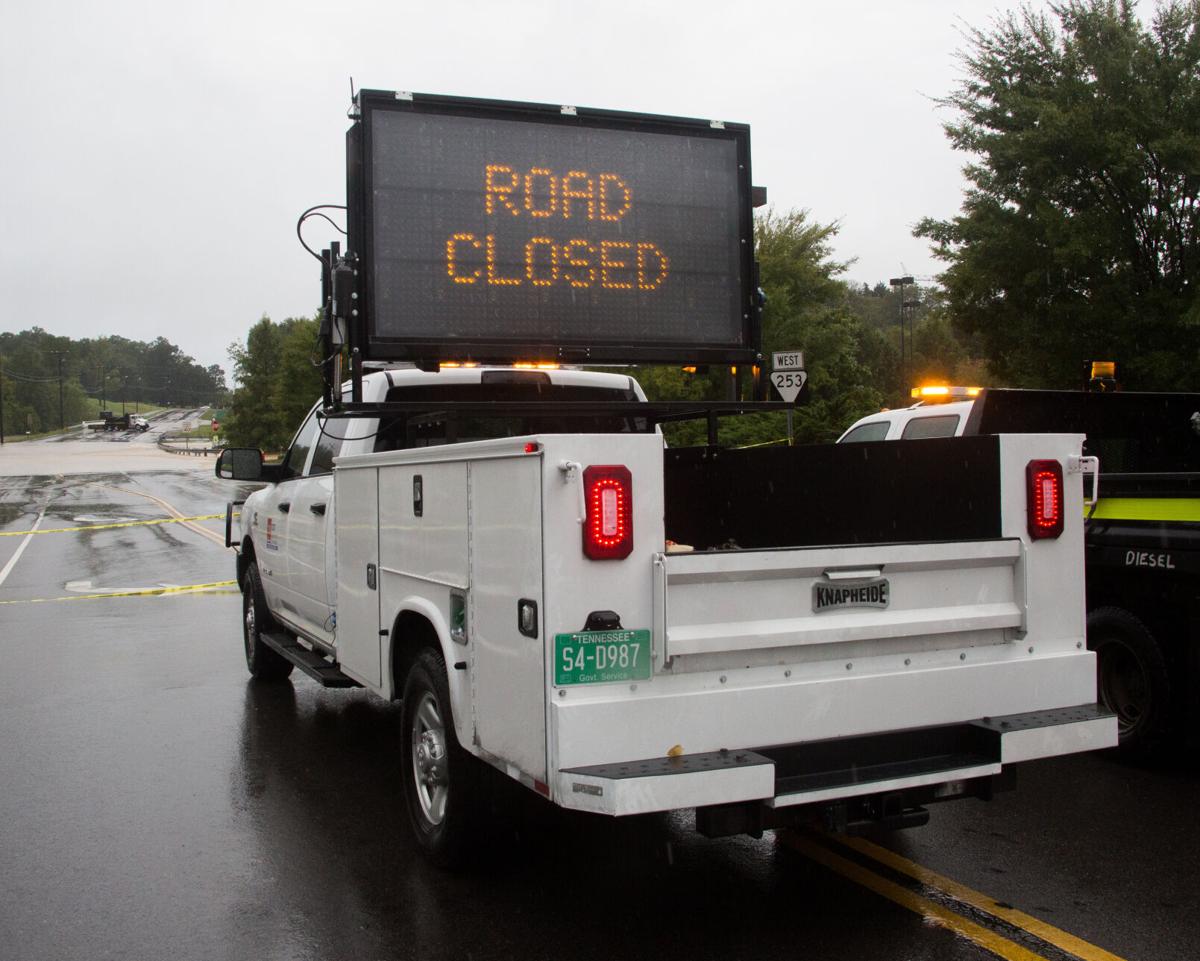 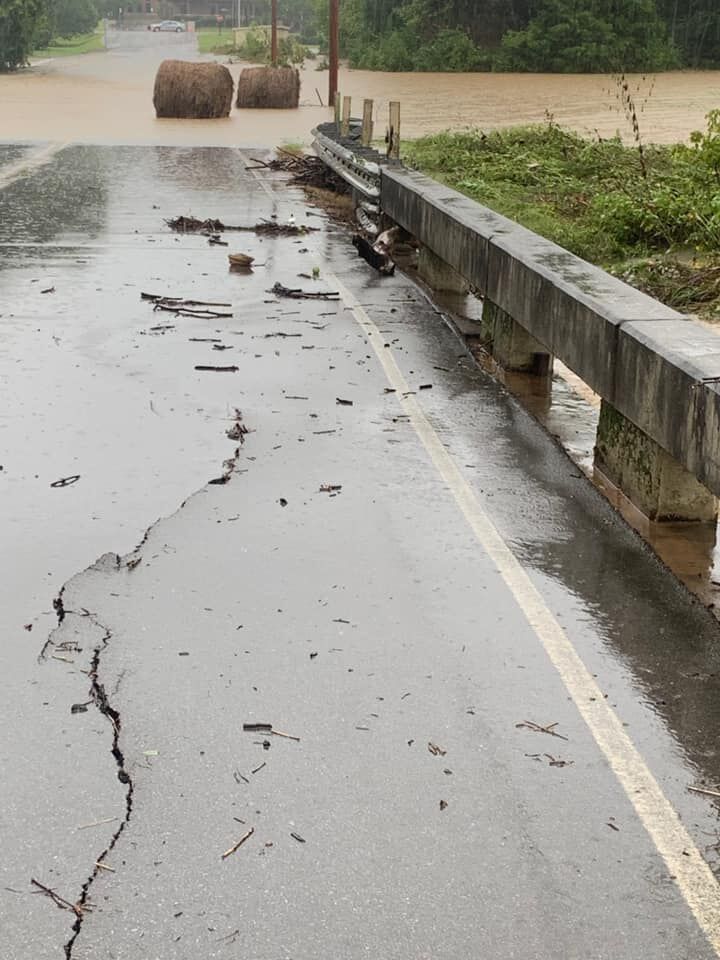 Nolensville's Brittain Lane bridge was damaged in Sunday's storms and is indefinitely closed. 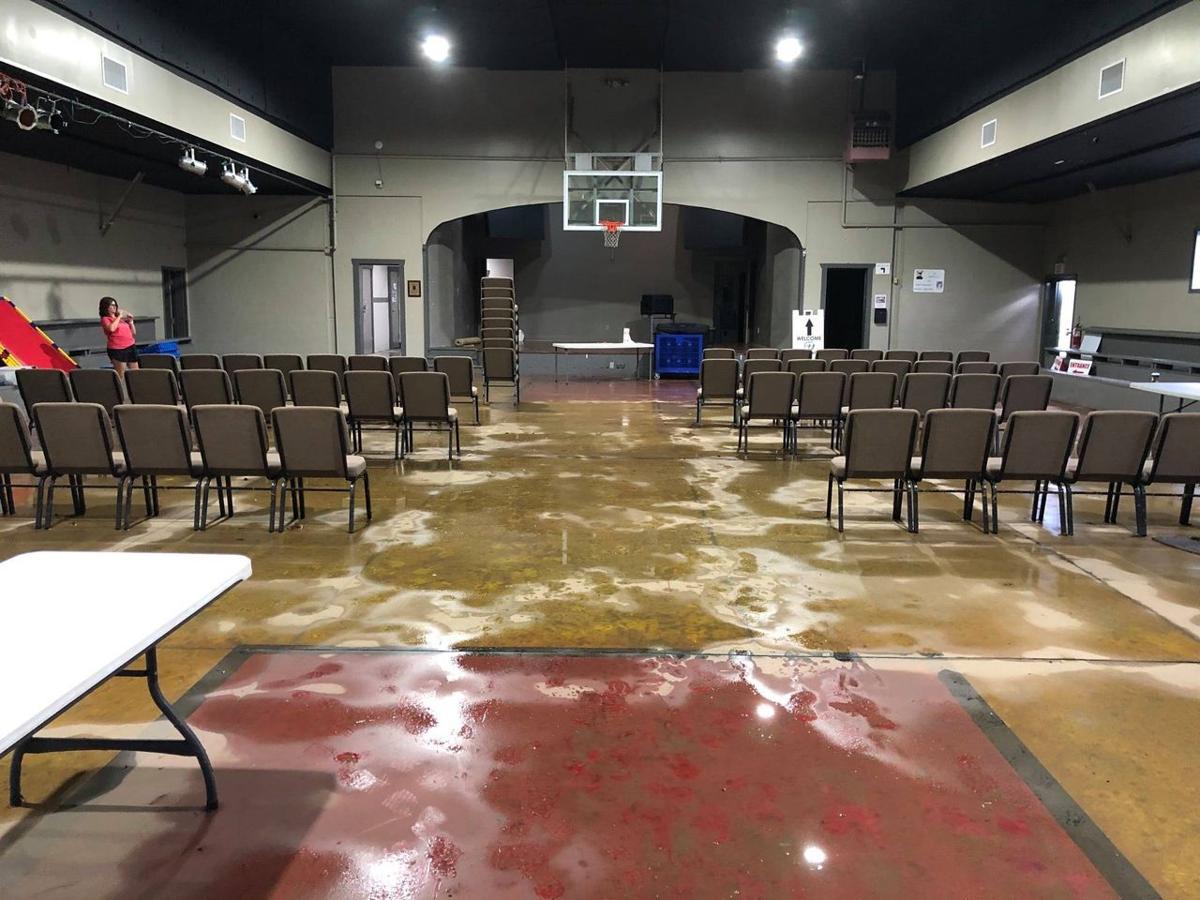 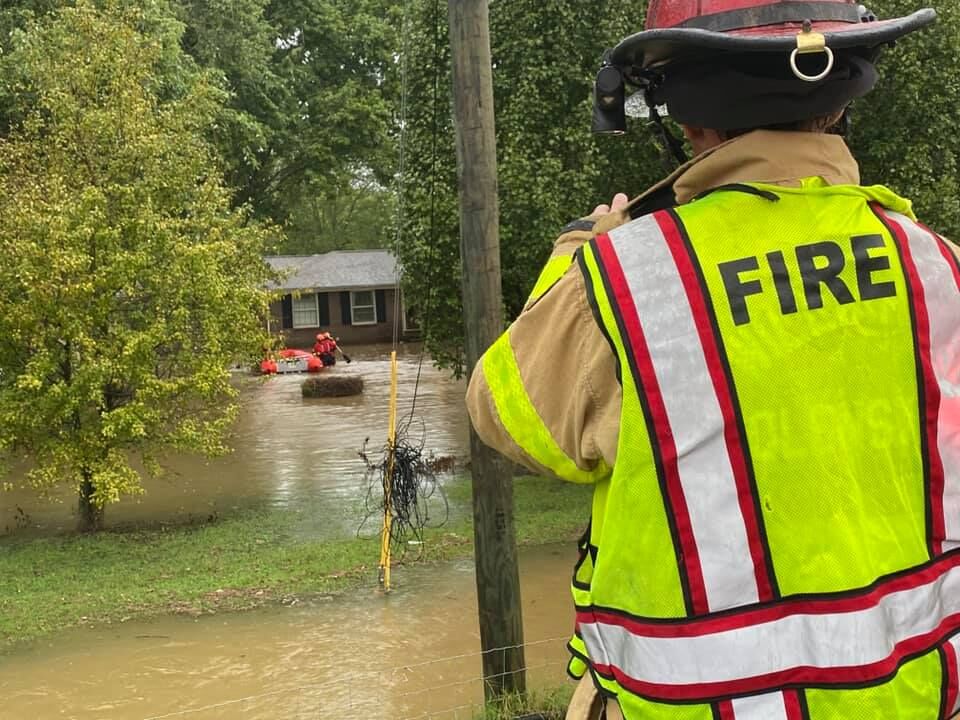 Williamson County was struck by major flooding in Sunday’s storms that saw more than 20 roads across the county closed due to flooding and several deployments of swift water rescue teams to save people trapped in both buildings and vehicles.

While much of the county was impacted, Nolensville may have taken the brunt of the storm, with Mill Creek spilling across Concord Road, flooding homes along Nolensville Road and flooding the Historic Nolensville School.

Nolensville Volunteer Fire Department Chief Adam Spencer said in a phone call that between approximately 7:30 a.m. and 11 a.m. NVFD responded to 12 calls for service, five of which were water rescues.

"We rescued a family of four off of Nolensville Road and Mill Creek was just behind their house and had started to get into their house," Spencer said. "We rescued one person out of a vehicle and we received reports for multiple other water rescues but by the time we were able to get there they had self-rescued and didn't require our help."

Spencer said that they also received a report of people trapped on the stage of the Historic Nolensville School as the water rose.

The Nolensville Community Church, which operates out of the Historic School's gymnasium, reported on social media that once they were able to return to the gymnasium they found that their equipment was undamaged. However the building, which is owned by the Nolensville Historical Society, was damaged.

The Nolensville Historical Society said in their own social media post that they will be assessing the damage to the gymnasium, which Spencer said was in the process of being dried out with fans.

Spencer did say that he was concerned by the amount of drivers who chose to drive around barricades and cones set up to signify that roads were closed, choosing to drive through the flood waters, sometimes in front of emergency crews.

"The phrase, 'turn around, don't drown,' is something serious that they need to heed," Spencer said. "Don't cross [the road] with water over it. It only takes a few inches to sweep your car off the road and that puts you in danger, it puts us in danger and it's something that can be completely avoided."

Spencer said that despite the dangerous conditions no injuries were reported.

Spencer said that a total of 46 personnel from various agencies responded to Nolensville with several other agencies on standby-by.

Arrington Fire and Rescue helped to cover some of NVFD's territory during the storms, and according to an AFR Facebook post, also conducted a vehicle water rescue in their service area after a heavy duty truck drove into a ditch with the passenger side submerged underwater.

The driver, a passenger and a dog were rescued from the vehicle with no reported injuries.
The Town of Nolensville does have one significant closure of the Brittain Lane bridge which is indefinitely closed after sustaining structural damage during the storm. The bridge will remain closed until it is inspected for damage by an engineering firm.

According to the National Weather Service Nashville, preliminarily radar estimates showed that at the Southeast Davidson County and Williamson County line, where the Nashville, Brentwood and Nolensville municipal limits converge, was recorded at 8.65 inches of rainfall on Sunday.

The official number will based on on-the-ground reporting will be known at some point on Monday.

As of 9:45 p.m. on Sunday, the Williamson County Emergency Management Agency reported that the following roads were still closed throughout the county:

A complete and updating list of road closures can be found here.