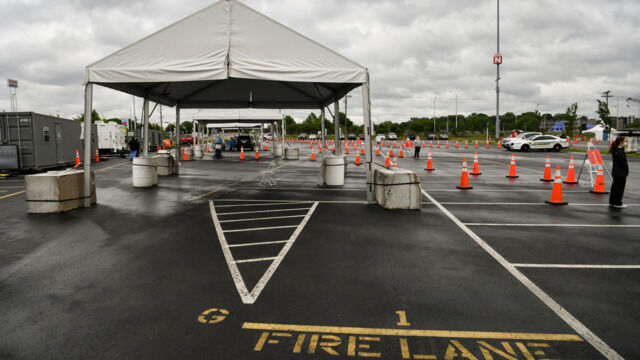 A drive-thru COVID-19 screening and testing site in Nashville. 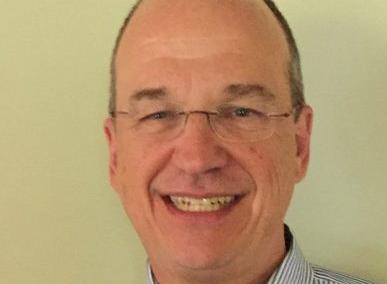 The slight tickle I felt in the back of my throat Monday night, Aug. 9, was not unfamiliar to me.

I tend to have chronic sinus irritation that creeps up anytime, anywhere, and at any time of year. Often, I will feel it coming on and it goes away as quickly as it came.

That was certainly my hope, and because of that, I did not mention it to my wife. Alas, when I woke the next morning, it was a little worse. I also had a headache, which is unusual for me.

Minor symptoms don’t always mean a full-blown illness is setting in. Under normal circumstances, I still would have not yet mentioned this to my wife.

By normal, I mean, of course, when we are not living through a pandemic.

But because we are, I suggested to her I should probably get tested for COVID. She agreed. Two of our grandchildren were in town, staying at their other grandparents’ house with their mom, so I needed to know before they came to visit.

I went to a health department drive-through testing sight in Antioch that morning, Aug. 10. I was about 10th in a line of cars that ran parallel to another line the same length. Tests and vaccines were both being administered.

The process took about 30 minutes. I completed a couple of pages of paperwork and was directed to a lane for those being tested. The nice nurse who did my test told me how to obtain the results, which she said I could expect in about 24 hours. She told me to stay away from others until I knew the outcome.

I felt progressively worse as that day wore on, with the head congestion and body aches progressing. I also began to feel chills.

But I still seriously doubted I had COVID. After all, I am fully vaccinated and I am still careful, wearing a mask when I go into most indoor public places.

But by Wednesday morning, Aug. 11, which just happened to be my wedding anniversary, I knew I had something more than the ordinary sinus stuff. I woke with a stopped-up nose and a pounding headache. I had slept seven hours, but felt as if I had not slept.

At 8 a.m., I received the test results. Positive. I was shocked that, after all the care I had taken for 18 months and after receiving the two parts of the Pfizer vaccine, I now had the blasted virus.

I told my wife. She let our daughter-in-law know we would not be seeing our two grandchildren during this visit. We canceled our anniversary dinner plans.

We decided the two of us would distance as much as we could from each other. I was assigned an upstairs bedroom and bathroom and was allowed access to one downstairs living area. All our bedrooms are upstairs, but other than coming up to go to bed, she stayed mostly downstairs in another room.

I notified my primary care physician’s office, and they sent an email with instructions for what to do, which was to take over-the-counter cold medicine and go to the emergency room if I started having trouble breathing or my temperature rose above 102.

I felt lousy Wednesday and Thursday, with a constant headache and nasal congestion, a low-grade fever and extreme fatigue. I set up my work computer next to my bed so I could keep up with emails, but I took frequent breaks and napped intermittently throughout the day.

Although I could still taste and smell, I had little appetite. On Wednesday night I told my wife I thought a milkshake sounded good (a reliable standard for when I’m not feeling well). She obliged and got me one, and I ate about half of it.

By Friday morning, I was feeling better. My headache had subsided, and I no longer felt feverish. I still had some congestion, but not nearly as much. For the first time since the onset of symptoms, I felt hungry.

Late in the day Friday, I was sitting in my assigned chair downstairs. There are two scented candles on a table next to the chair which, at any given time, emit a pleasant smell, even when unlit. I picked one up, put my nose on it and inhaled deeply. Nothing.

I picked up the other one. Same. I had lost my sense of smell. As I submit this on Friday, Aug. 20, my first day out of quarantine, I still can’t smell anything.

Although my sense of taste is altered (for example, a Diet Coke, something I drink often, tastes like unflavored soda water and most bread tastes like cardboard), I can taste, and that seems to be returning to normal.

I have done a fair amount of reading over the past 10 days about “breakthrough cases,” which is the term used to describe COVID-19 in a vaccinated person. According to my cursory research, I had a textbook case, and I can attribute my quick recovery to the vaccine doing its job.

(Some physicians disagree with the term “breakthrough,” saying a vaccine for respiratory viruses is not designed to necessarily prevent entry of the virus but, rather, to greatly reduce its symptoms and prevent serious illness).

Going back to those first couple of days, after I notified my physician’s office, which is affiliated with Vanderbilt, of my positive test, I received an email from a nurse practitioner at Vanderbilt Medical Center, offering a monoclonal antibody infusion. I called and discussed it with her and after hearing some positive statistics, scheduled it for Tuesday, Aug. 17.

Even though I was much better by then, I went ahead with the procedure. It took about 90 minutes — 20 minutes to be infused and another hour or so to be observed. It all went well, and I am pleased to have what I hope is more ammunition against any future problems.

Other than still having no sense of smell, altered taste buds and some residual congestion, I appear to be fully recovered.

I am, possibly more than ever, grateful for the vaccine which I believe kept me from having a more severe illness and possible hospitalization. I am not a young person, and I am fully aware of folks in my age range, or younger, who have struggled mightily.

I am happy to settle for a boring, mild flu-like COVID experience.

Bob McKinney is a longtime Brentwood resident, happy husband and proud father, father-in-law and grandfather. Email him at [email protected].