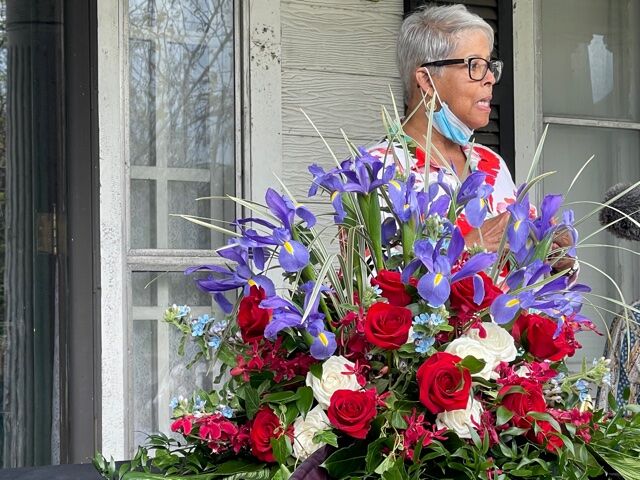 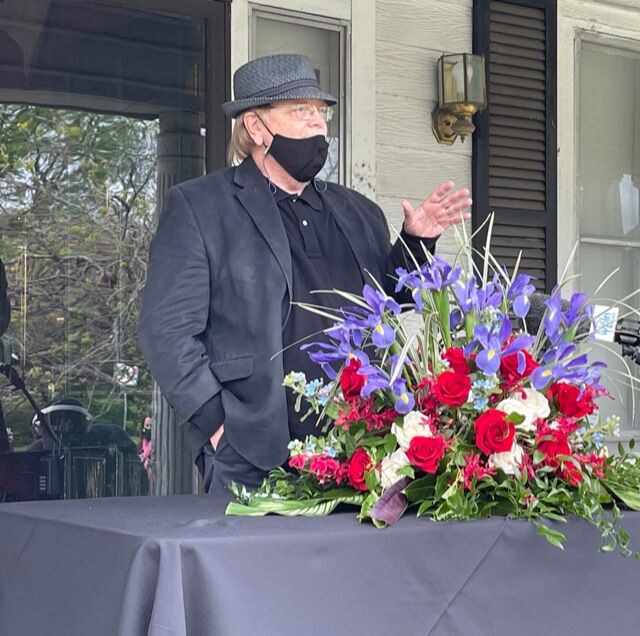 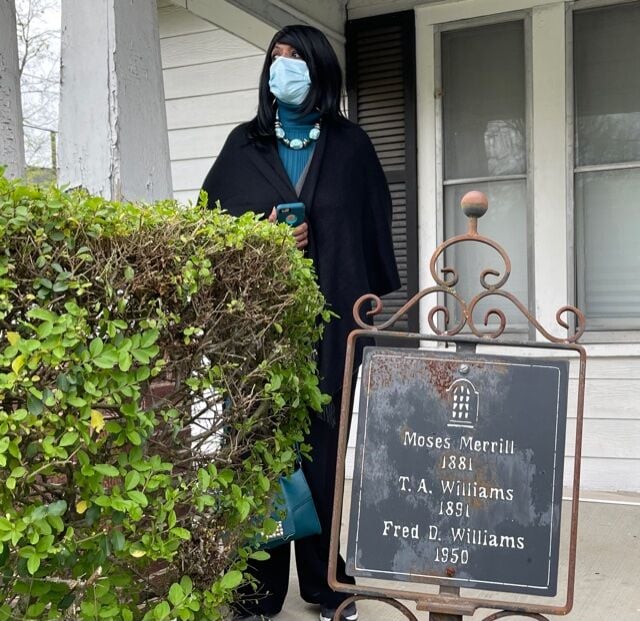 Alma McLemore stands alongside the marker that shows the owners of the Merrill-Williams home on Natchez Street. 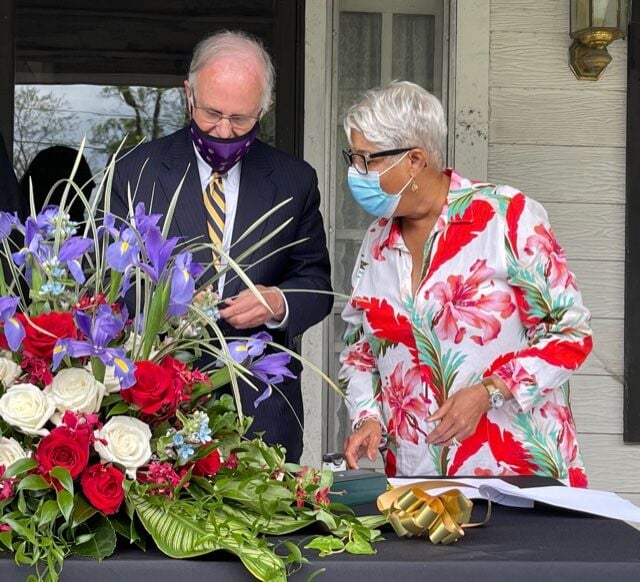 Standing on the porch of her childhood home Wednesday, Cassandra Williams Taylor could soak up the memories of growing up in the Natchez neighborhood near downtown Franklin.

More importantly, she was able to envision what the future holds for the historic home at the corner of Natchez Street and 11th Avenue South.

“My mother and father would be so happy to know that this home is going to continue long past them, long past me or my children,” Taylor said during a ceremony for an effort to protect one of the oldest landmarks of the National Register-listed Natchez Street District. “It’s going to be here for the community. I never could have imagined that this is what it was going to become.”

Taylor, who lives in Memphis with her husband, Willard, was one of the speakers at the event hosted by the African American Heritage Society of Williamson County. The nonprofit, along with a host of community partners, has embarked on a journey to acquire, restore and open to the public the historic Williams-Merrill Home at 264 Natchez St.

AAHS signed an option-to-purchase contract for a period of one year with the Taylors. Pending a successful fundraising campaign, the home will be restored and operated as a learning and interpretation center for the study of African American history in Middle Tennessee.

“Preserving the Merrill-Williams House is a huge step forward in AAHS’s goal to preserve the county’s African American history,” said Alma McLemore, president of the AAHS. “The property speaks to very important truths in the history of Franklin, rising as it did from the very ashes of the Civil War Battle of Franklin to the transformations of the Civil Rights Movement.”

Carroll Van West, Tennessee state historian and director of the MTSU Center for Historic Preservation, said he and his students plan to help work on the project.

“My dream is for this to become a neighborhood center along with the Green House across the street — two places that tell a big story of what Black lives were like in the Jim Crow period and how people were committed to community and persevered despite all the hatred, despite all the discrimination,” West said from the porch of the Natchez Street home. “Those are big stories to tell.”

In November 1864, the property was part of the federal line in the Civil War Battle of Franklin. After the war Moses Merrill, who had been an enslaved worker in town for more than 40 years, acquired the property and lived there until it was conveyed to Tom Williams, son of famed Black merchant A.N.C. Williams, by the early 20th century.

The Williams family turned the property into a Natchez Street showplace, building the present house.

Taylor’s father, Fred Williams, bought the home in 1950 and lived there until 2009, when his wife died. Afterwards, Williams moved to Memphis to live with his daughter and son-in-law until his death in 2012. The house has remained vacant, but Cassandra and Willard began cleaning it out last September and held an estate sale in December.

They were eventually approached by members of the AAHS, who made an offer of $1 million and have now begun a campaign to raise the funds within a year.

“We are ready and eager for the next challenge, and look forward to working with all of the partners and individuals who have already stepped up as supporters of the Merrill-Williams House project,” McLemore said.

Visit the Facebook page for the African American Heritage Society for information on how to donate.