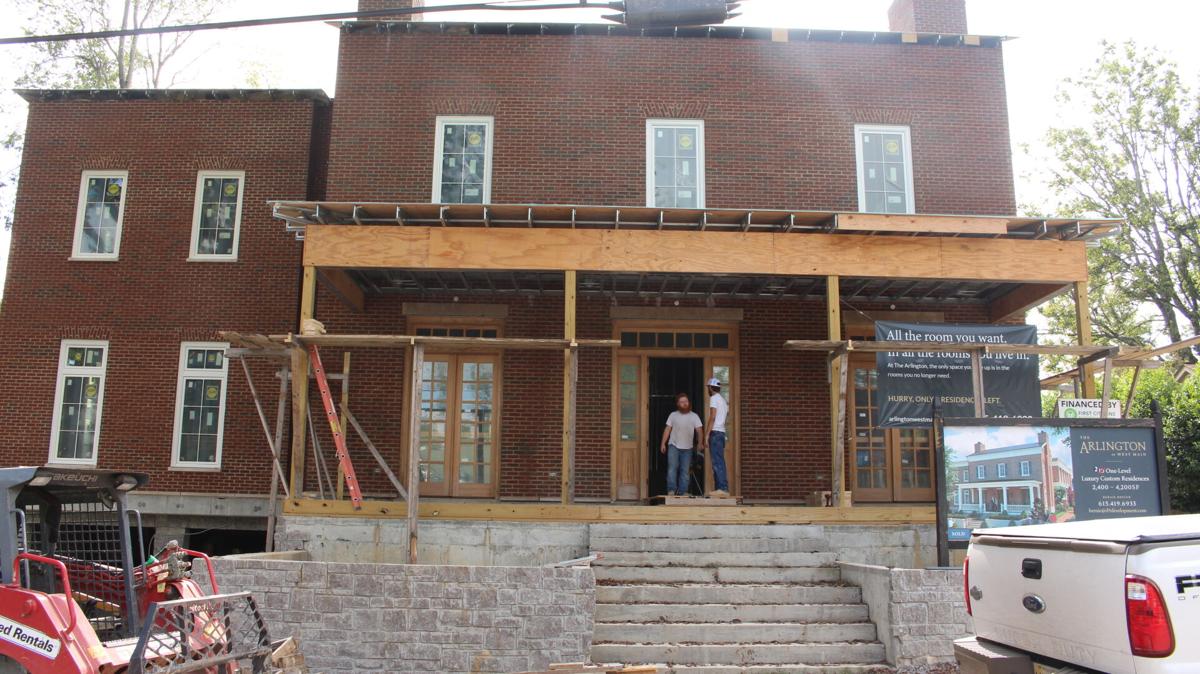 A street-view of the front of The Arlington at West Main, currently under construction. 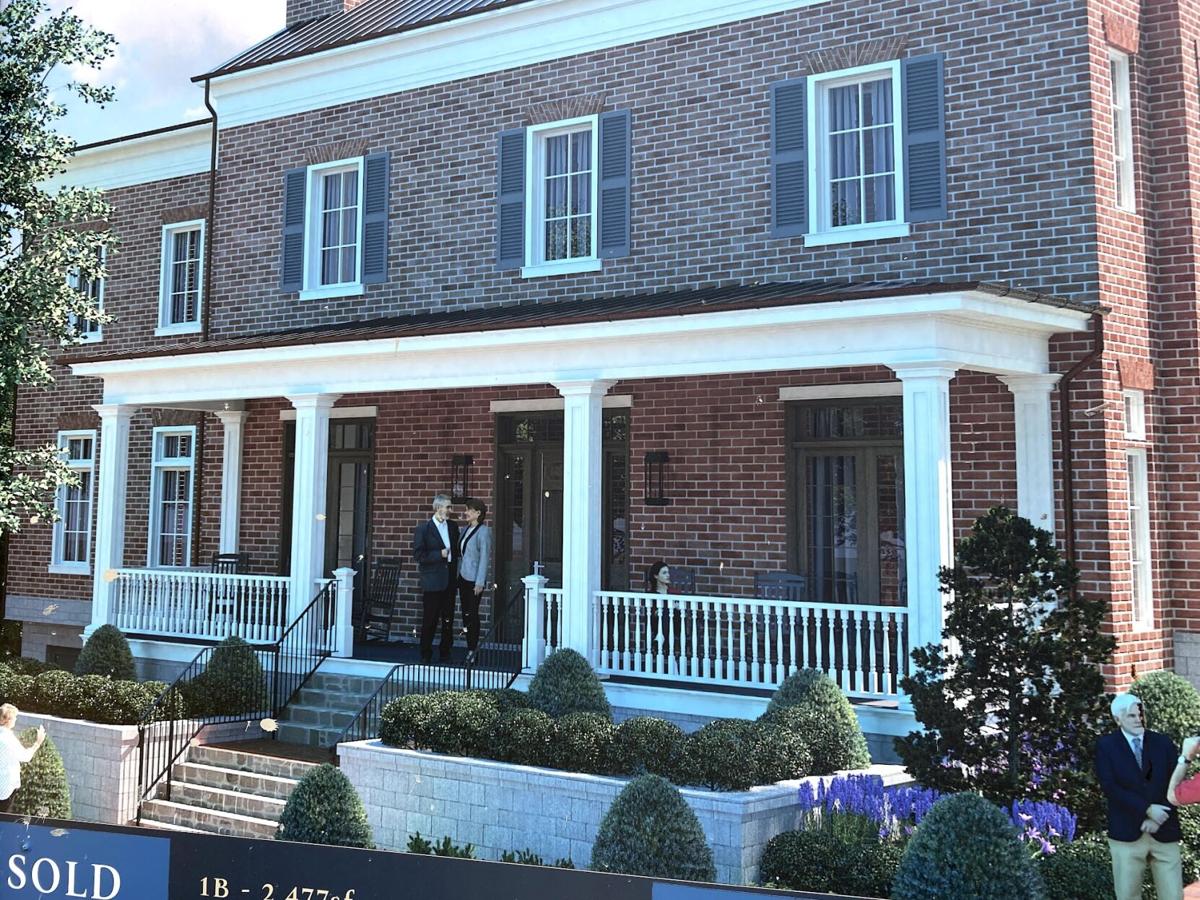 A 3-D rendering of the finished product. 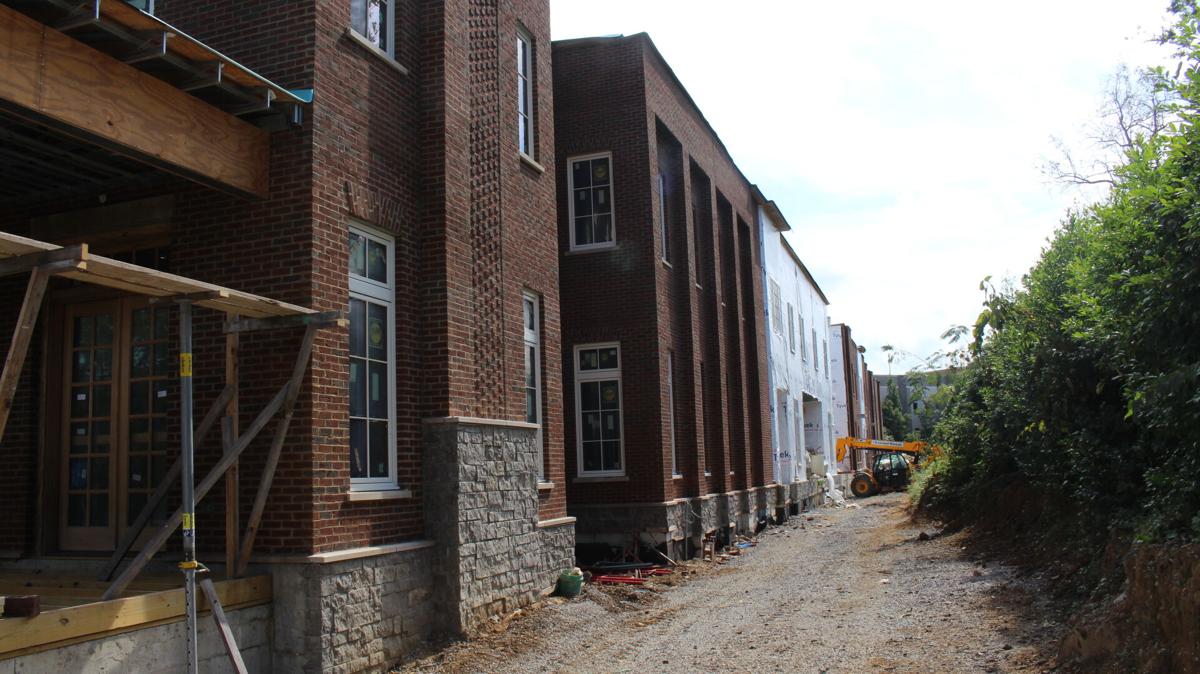 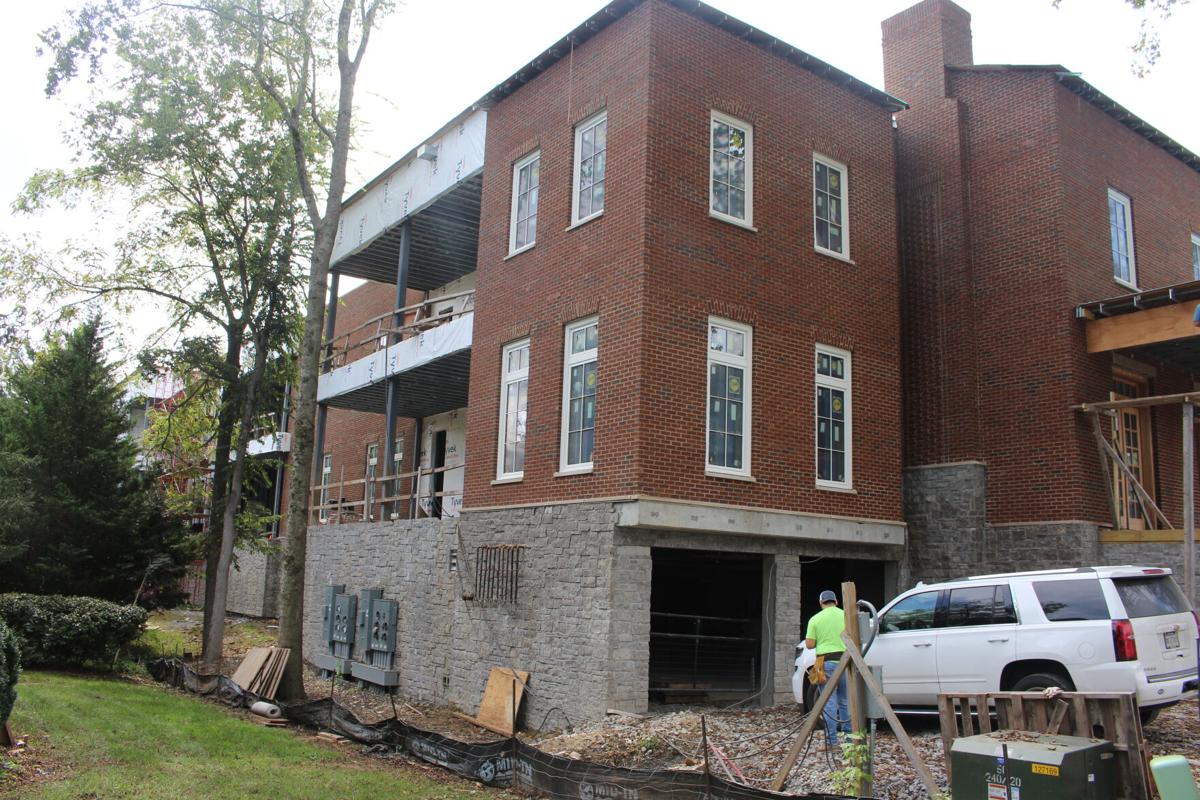 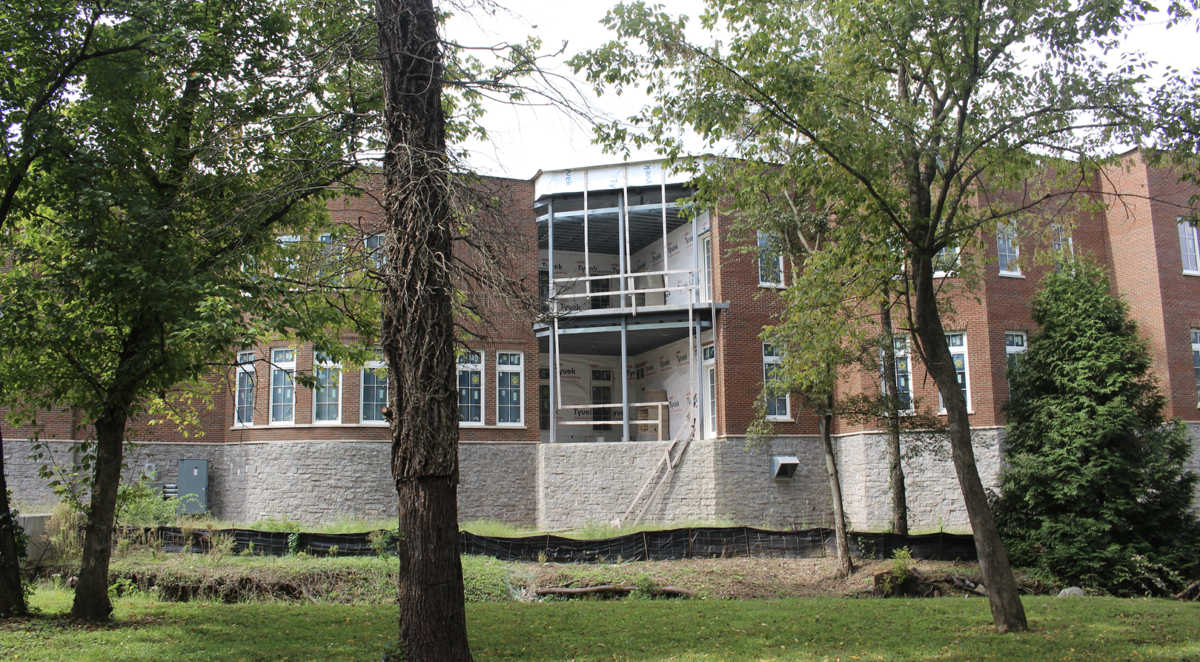 A side view of the rear units: 4.2K sq. ft. for $4M. The stone base was lain directly on concrete. 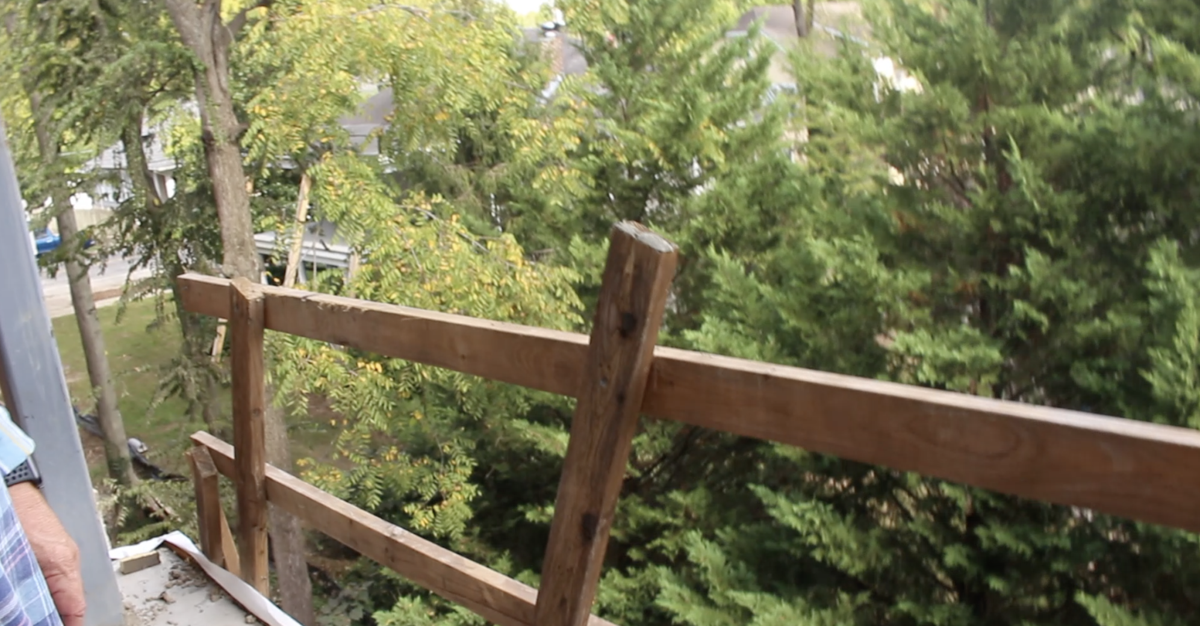 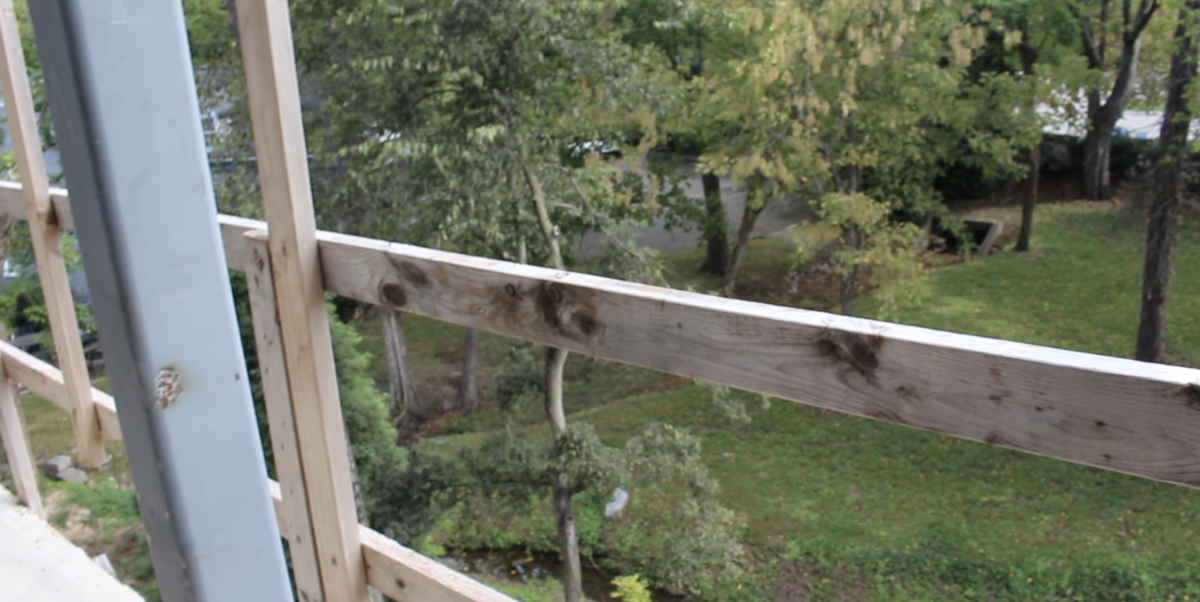 A street-view of the front of The Arlington at West Main, currently under construction.

A 3-D rendering of the finished product.

A side view of the rear units: 4.2K sq. ft. for $4M. The stone base was lain directly on concrete.

Quietly under construction for almost three years, what looks like a new construction of an old house will soon become arguably the most exclusive community of one-of-a-kind flats in the county.

Proud to take his time, Bernie G. Butler the perfectionist concedes that he is one of the slowest developers the city could have assigned to his current project, yet the city has tapped him for a number of projects that each bear significantly on how the Historic Downtown has been shaped over the years.

“The building itself is built like an embassy in Beirut,” said Butler. “The shell of this building is concrete and steel; there’s nothing in Williamson County residential that’s concrete and steel like this. […] The concept was to kind of create something that was incredibly special that looks like” it was here somewhere between 1831 and 1920 — the years in which the houses on either side of it were built.

The façade exudes an historic grandeur, but is also deceptive. Motorists passing through Historic Downtown likely think the edifice is a refurbished, 20th century hotel, not realizing that the building stretches back a football field’s distance from the street. It consists of 10 luxury, custom homes on two floors that span four stories worth of space to stack five on five with high ceilings for each. Eight of the 10 are already sold, the rear units of which being the biggest at 4,200 square feet for about $4 million a piece.

“Every one of these units in here are completely custom to the person, to the people that are moving in,” Butler told Home Page. “So they work with their designers, and they create their custom home inside this place. So the building may be built like an embassy in Beirut, but the inside of their unit is built like a home in Belle Mead.”

The custom home building process differs from many others in that D9 facilitates homebuyers getting exactly what they want, not requiring them to pick from a limited selection. One future resident, for example, has cabinets importing from a London-based manufacturer.

The parking garage is a semi-underground, air-conditioned space with bunker-style doors that slide to the sides when they open and a clearance about a foot higher than that of the typical parking garage. Conditioned storage spaces therein correlate with each residential unit above. Downstairs units have front doors that open to an outdoor sidewalk along the unexpectedly long sides of the building, which will be lined with landscaped greenery and trees that seclude the homes to provide the illusion that residents are not downtown but, rather, overlooking private yards from their windows and balconies.

“I’ve worked very hard to make sure that I’m not just selling it to people that can afford it, but people who are good people,” Butler said, “because there’s only 10 people, and I want to make sure I don’t have any assholes in here. What ends up happening is: People that wind up having a little money, they end up thinking that they’re God’s gift to the world, right? So, I’ve been trying to filter those people out, so I haven’t sold it to two or three people that wanted to buy just trying to make sure the mix is right.”

Part of what takes so long to build the edifice is the brick laying process for such a massive building on such a narrow site. The brick crew — the last African-American masonry contractor in Nashville under James Courie — has to load all their brick through high windows they can only reach via scaffolding because one side of the building cannot be reached due to a ditch lining the property. The crew hands their loads through windows on the opposite side to then place them on ditch-side scaffolding.

The logistical challenge of a build like this also compounds with the intricacies of the brick and stone work for which the design calls with no cast stone but, instead, stone on concrete around the base of the building and then bricks aligned in varying patterns to frame the building.

Short of 15 years ago, the city requested that D9 — the developer of the Brownstones of Franklin and 231 Public Square — develop new luxury, residential spaces in place of what once were old, dilapidated apartments in Historic Downtown. He was approached while still working on the Brownstones.

In the 1960s, a complex of nine apartments was positioned in the same lot on which little was ever spent for upkeep, which led to the complex being designated a “non-contributing” structure, meaning it was not built during the time of significance for the district in which it sits — a determination made when downtown Franklin became historic. Butler speaks from experience when he says building in an historic district is a unique opportunity to design and construct with the knowledge that the entities on either side of the new construction are almost guaranteed to stay the same, so he can create something that plays off the neighboring, historic homes.

Butler expects the job to be complete in about six months.

Formerly a First Tennessee Bank, 231 Public Square brought the first rooftop restaurant and event space in Williamson County to the Historic Downtown Square. Its 4,000 square feet of premium restaurant space sit beneath 9,400 square feet of flat roof, complete with a 360-degree view of downtown and a reimagining of 1970s architecture.

The Brownstones of Franklin is a private community of three-story homes with architectural styles inspired by the late 19th and early 20th centuries. Each home comes with a two-car garage, a courtyard and luxury amenities.