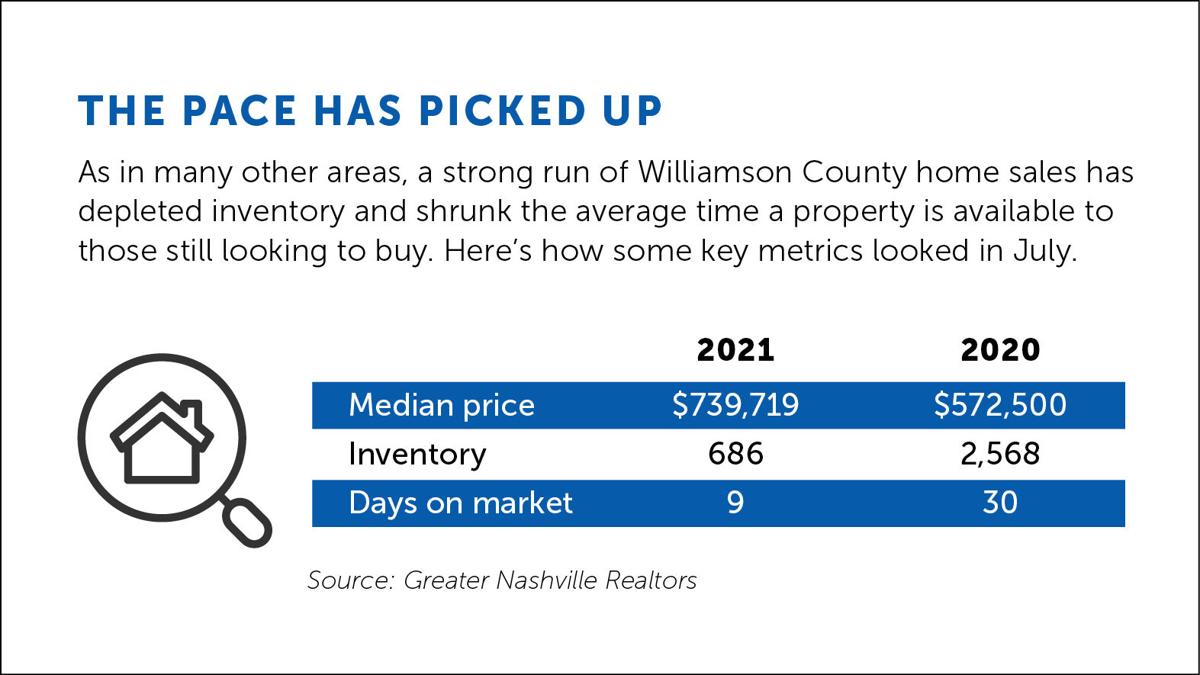 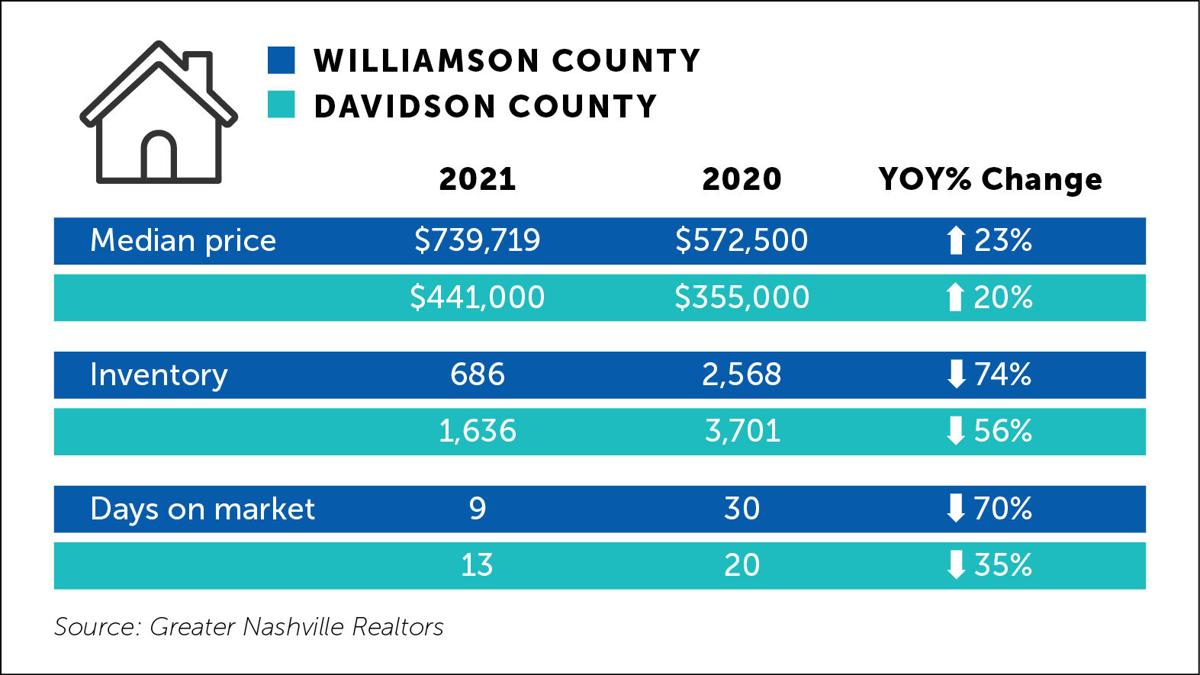 Williamson County is the Hallmark Channel of Middle Tennessee real estate. The area's housing market data tells a story that is both positive and predictable.

Over the last decade, Williamson County’s award-winning school system and burgeoning business ecosystem have consistently continued to push home prices up. Supply shortages and a surge in demand, courtesy of COVID-19, have exacerbated that push in the last 12 months.

As the wealthiest county in Tennessee, Williamson County routinely boasts the highest median home sales price in the state each month. July was no exception. The area led the state with a median sales price of $739,719. That figure marks a 23 percent jump for the county year-over-year, according to data furnished by Greater Nashville Realtors.

Conversely, area inventory has dropped dramatically. Last month, there were only 686 listed for sale. To put that number in perspective, there were 2,568 homes on the market in July of last year.

Agent Steve Jolly with Benchmark Realty said the lack of inventory has homes selling faster. A year ago, homes in Williamson County were selling in an average of 30 days. Last month, homes were selling on the market a fourth of that time.

In some cases, sellers are purchasing their next home before they put their property on the market out of fear that they won’t be able to find another house in time before their current home sells, Jolly said.

Davidson County has a story similar to Williamson County: Sales prices have skyrocketed while inventory and average days-on-market have plummeted year-over-year, Jolly said.

The annual percentage change in Davidson County’s housing market data is inline with the change recorded in Williamson County.

The two counties' median home sales prices are thousands of dollars apart — Williamson’s median prices were $289,719 more than in Davidson.

The difference in inventory between the counties is even more evident. There were a thousand more homes for sale last month in Davidson County than in Williamson County, according to statistics from Greater Nashville Realtors.

Fewer available homes equates to fewer days on market. On average, homes in Williamson County are selling four days faster than homes in Davidson County. Jolly reiterated the importance of comparing the variance in percent change not just by numbers.

“These are two completely different areas. You are going to have two different buyers and two different sellers,” he said. “Comparing dollar-to-dollar or house to house, when you’re talking about these two markets is like comparing apples and oranges.”