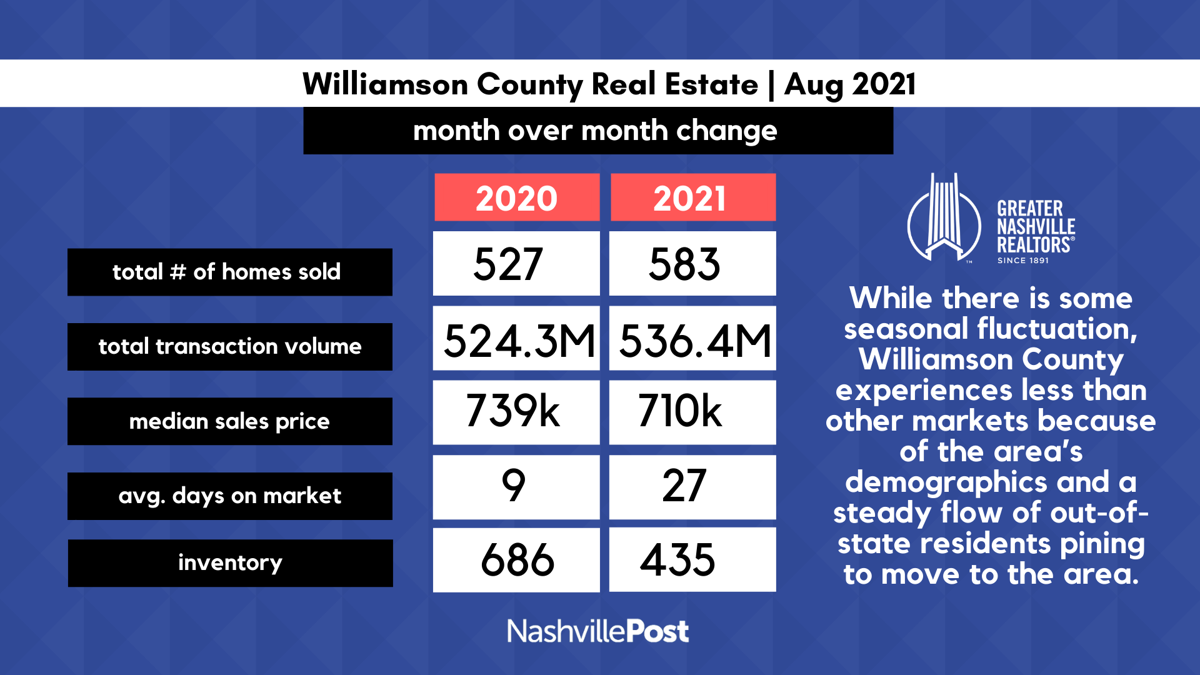 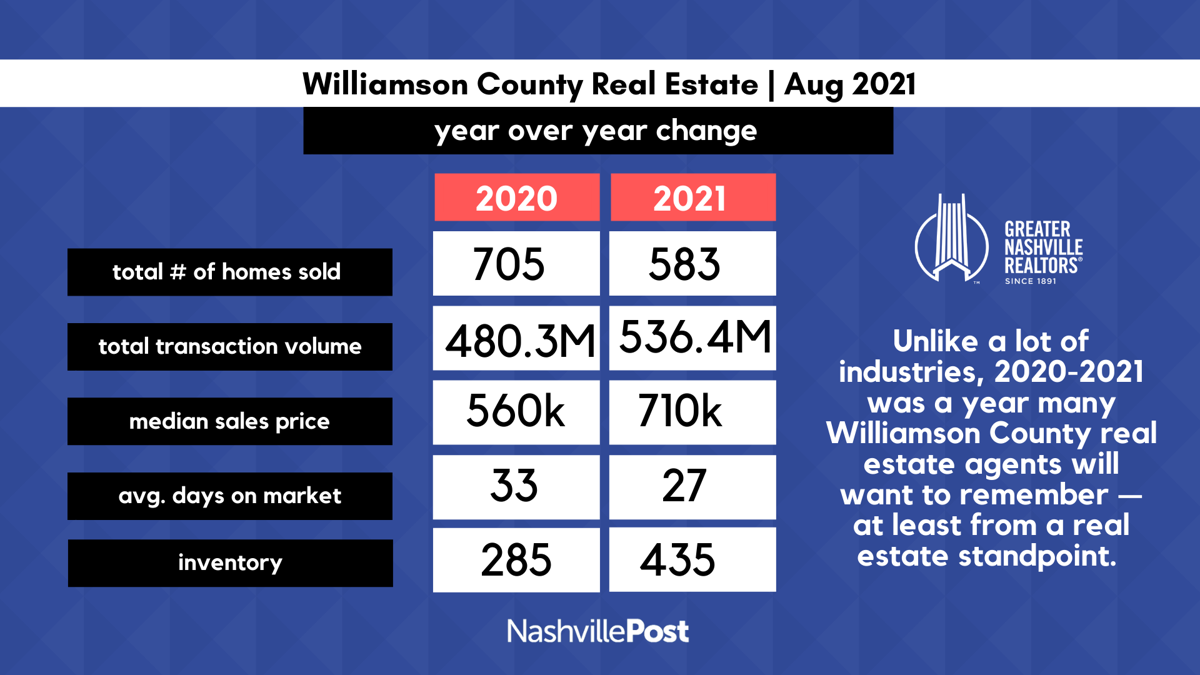 In spite of a small drop in the median home sales price month-over-month, the Williamson County real estate market continues to not only lead the state but remain a topic of conversation on the national level.

The median home sales price in Williamson County, much like in Davidson County, dropped nominally and the average days on market tripled from July to August, according to data from Greater Nashville Realtors. Agents say this trend is in line with historical data.

“Typically, the market peaks in June and July and then begins to taper off through January. It’s cyclical,” said Greater Nashville Realtors president-elect Steve Jolly.

He said while there is some seasonal fluctuation, Williamson County experiences less than other markets because of the area’s demographics and a steady flow of out-of-state residents pining to move to the area.

The migration from Eastern and Western urban cores to Williamson County areas like Franklin continues to be documented in national media where both The Wall Street Journal and The New York Times have reported on the trend.

Continued inventory shortages also play a role in preventing significant variability in the median home sales price. Available inventory in Williamson County dropped by more than 35 percent from July to August, according to statistics furnished by Greater Nashville Realtors.

On account of the sizable drop in inventory from July to August, Jolly said it wouldn’t be surprising if the median home sales price in Williamson County rose slightly in September even though it would usually fall.

Whether inventory increases or decreases in September, the change in median sales price in Williamson County will not be drastic.

“It’s one of the hottest markets in the country and a few thousand dollars one way or another won’t change that,” said Jolly.

Unlike a lot of industries, 2020-2021 was a year many Williamson County real estate agents will want to remember — at least from a real estate standpoint.

Last month, the median home sales price in Williamson County was nearly 27 percent higher than it was in August 2020, as a result transaction volume (price) increased year over year despite fewer home sales.

While still scarce, there was more available inventory last month in Williamson County than there was in August 2020. Depending on which side of the negotiation table agents are sitting on, the supply shortage can be looked at as a positive or a negative. From a listing agent’s perspective, the dearth is largely positive, pushing prices above list value and creating multiple offer situations. Conversely, the shortage is pressuring buyers agents and their clients to act more swiftly and pay premium prices.

Despite the slight uptick in inventory year-over-year, Jolly said inventory shortages will continue to pose a problem for the foreseeable future.

“I think we are still a ways out from having a balanced market with two-three months of inventory,” said Jolly.