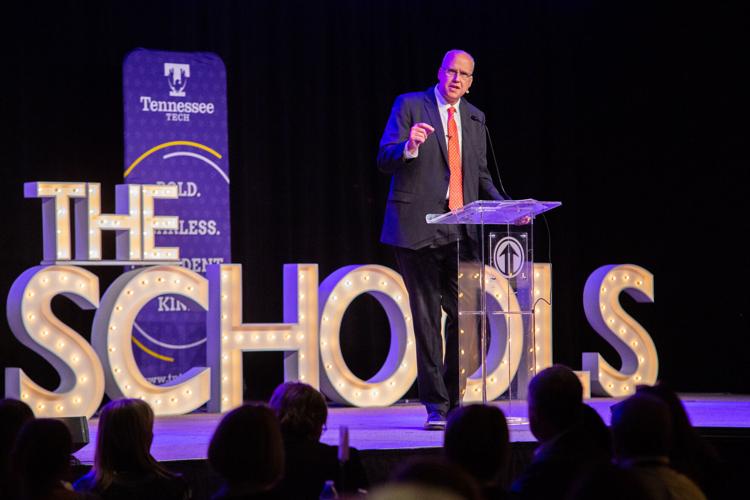 WCS Superintendent Jason Golden speaks at The Factory at Franklin during the 2022 State of the Schools address. 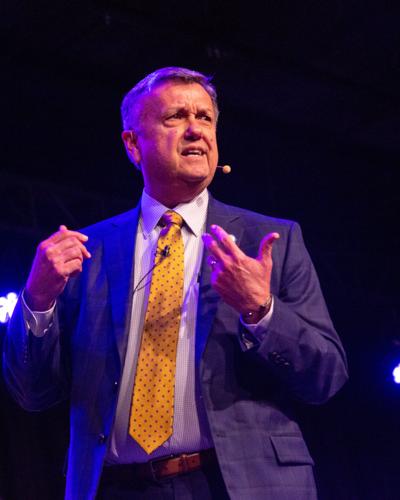 Franklin Special School District Superintendent Dr. David Snowden speaks at The Factory at Franklin during the 2022 State of the Schools address. 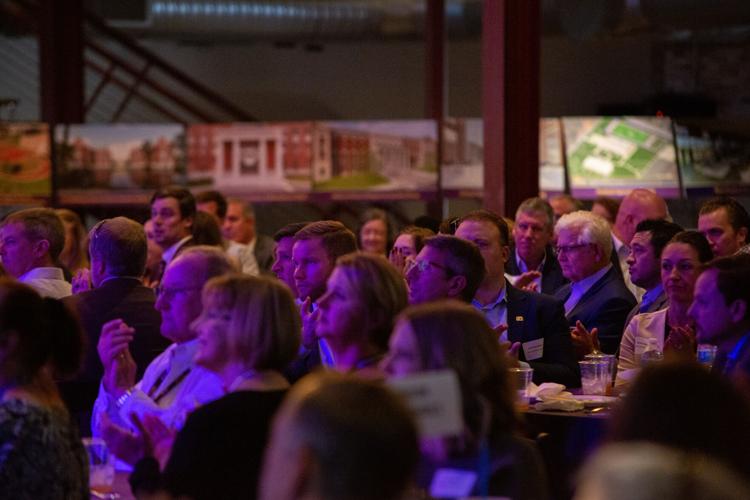 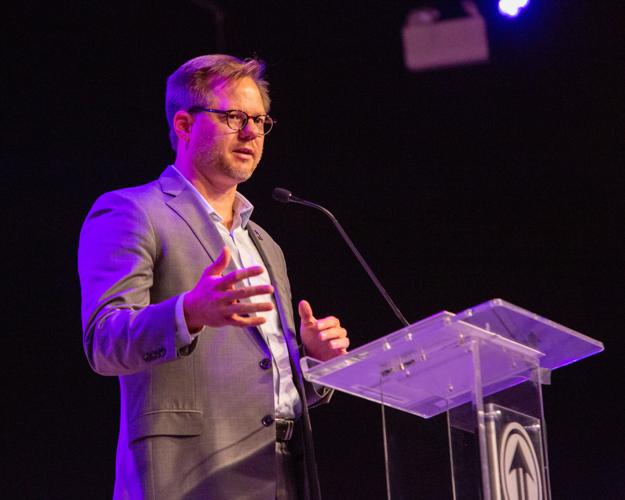 Williamson Inc. President and CEO Matt Largen speaks at The Factory at Franklin at the 2022 State of the Schools address. 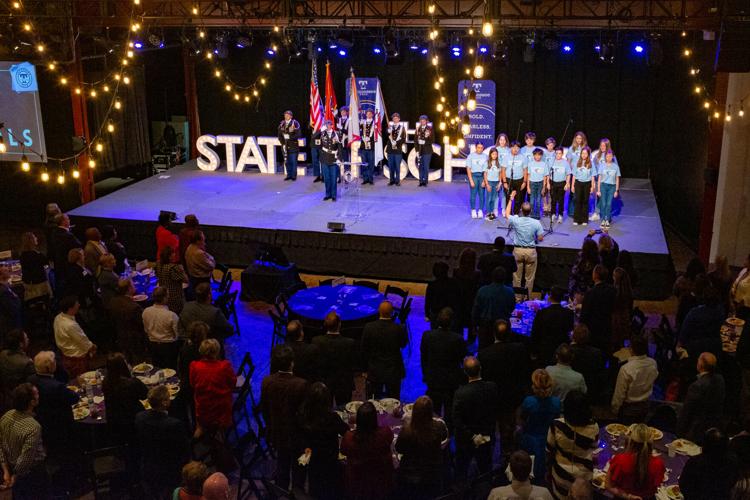 Franklin High School's ROTC and Poplar Grove Middle School's choir open the 2022 State of the Schools event at The Factory at Franklin on Sept. 29, 2022.

Williamson Inc. hosted Williamson County Schools and Franklin Special School District representatives in Franklin on Thursday for the 2022 State of the Schools address where the accomplishments of and challenges for teachers took center stage.

The event kicked off with a presentation of the colors by the Franklin High School ROTC and a performance of the national anthem by the Poplar Grove Middle School choir.

"Public education is our number one economic driver in Williamson County," event host, Williamson Inc. President and CEO Matt Largen said. "Everything rises and falls with our school systems."

Among the sponsors was Tennessee Tech, whose president, Dr. Phil Oldham, spoke to the crowd about Tennessee Tech's programs, which includes some 450 Williamson County Schools graduates.

"I'm glad to report that the current state of the FFSD is extremely positive due primarily to a group that we talk a lot about, but today we’re going to talk even more about, our teachers,” FSSD Superintendent David Snowden said. "We believe that teachers are our inspiration and our hope; They truly work miracles everyday."

Snowden celebrated FSSD's continued achievement of outperforming the state in every grade level and subject area, as well as the naming of three schools, Poplar Grove, Franklin and Moore Elementary schools, as 2021-22 Reward Schools by the Tennessee Department of Education.

"During Covid, we saw more and more students who struggled with mental health issues or just social and emotional issues, so that continues to be something that we have to focus on," Snowden said.

Snowden said that FSSD is continuing to address these issues by the use of in-school therapists in partnership with Mercy Community Healthcare, a pack of therapy dogs, and fostering a "culture of belonging."

Snowden also touted the district's newest completed capital projects which include the $15.9 million FSSD Performing Arts Center, which includes the Legacy Gallery that details the history of the district.

Two new baseball fields will also open in November and will be used by both FSSD and the City of Franklin.

Snowden said that the district is applying for $500,000 Innovative School Models Grants for both Freedom and Poplar Grove Middle School to "boost student and workforce readiness in Tennessee."

Golden celebrated WCS' recent successes with the district earning 1st place in achievement in all categories of the Tennessee Comprehensive Assessment Program, as well as student growth and top overall scores in end-of-course exams, in addition to WCS being named an exemplary district.

"In so many ways, we're better than we've ever been," Golden said.

Golden also recognized two WCS employees, Brentwood High School teacher Harriet Medlin ,who is teaching in her 55th year, and Willie Dickerson, who currently serves as WCS' Executive Director of Secondary Schools and is in her 51st year of education.

Golden said that WCS has hired 561 teachers for this school year, as he said that he expects the ongoing nationwide teacher shortage to become an administrator shortage in the future, with staffing in all areas of education continuing to be a "major challenge" for the district.

Golden said that they are working to meet those challenges while maintaining high standards, as well as keeping focused on their mission even as the national spotlight seems to continue to shine on schools and districts like WCS.

"Every national argument is often fought on school campuses, and I get it and I appreciate it, and I know why, it's because children are important," Golden said. "We know those battles will be discussed in the context of schools."
"We need to stay focused on our mission and make sure that we do right by students in fulfilling our mission, and our board set our vision statement — 'Williamson County Schools will provide a supportive environment that challenges students to excel in academics, athletics and the arts.'
"A supportive environment that challenges," Golden continued. "That's quite a combination and that's where we are, with everything we do, that focus and then drilling down to the details."

View the entire event below: