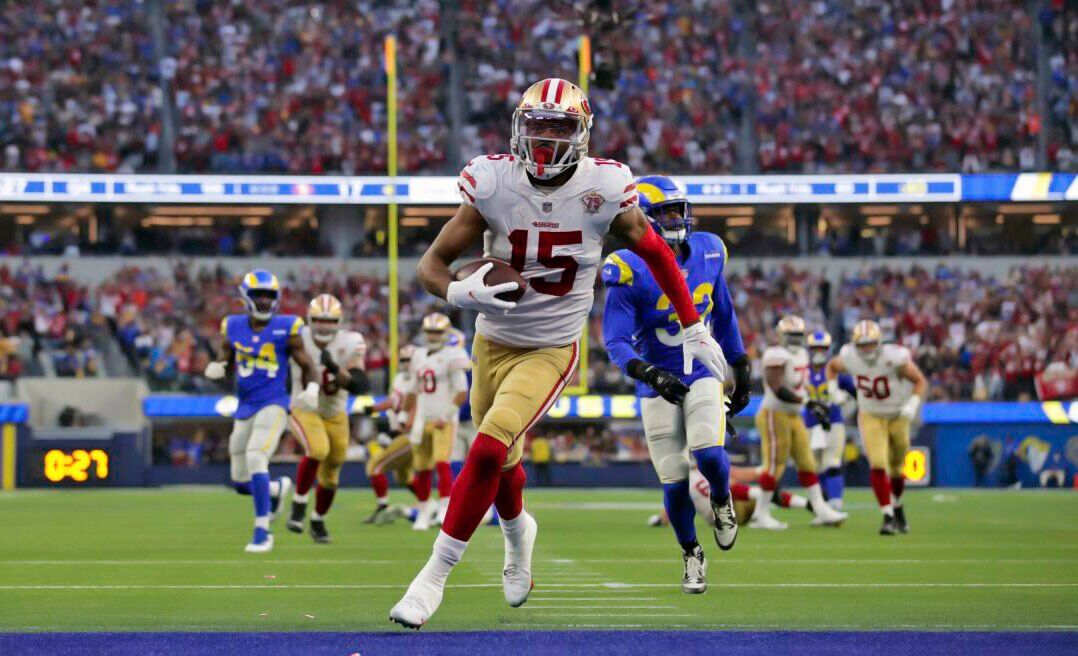 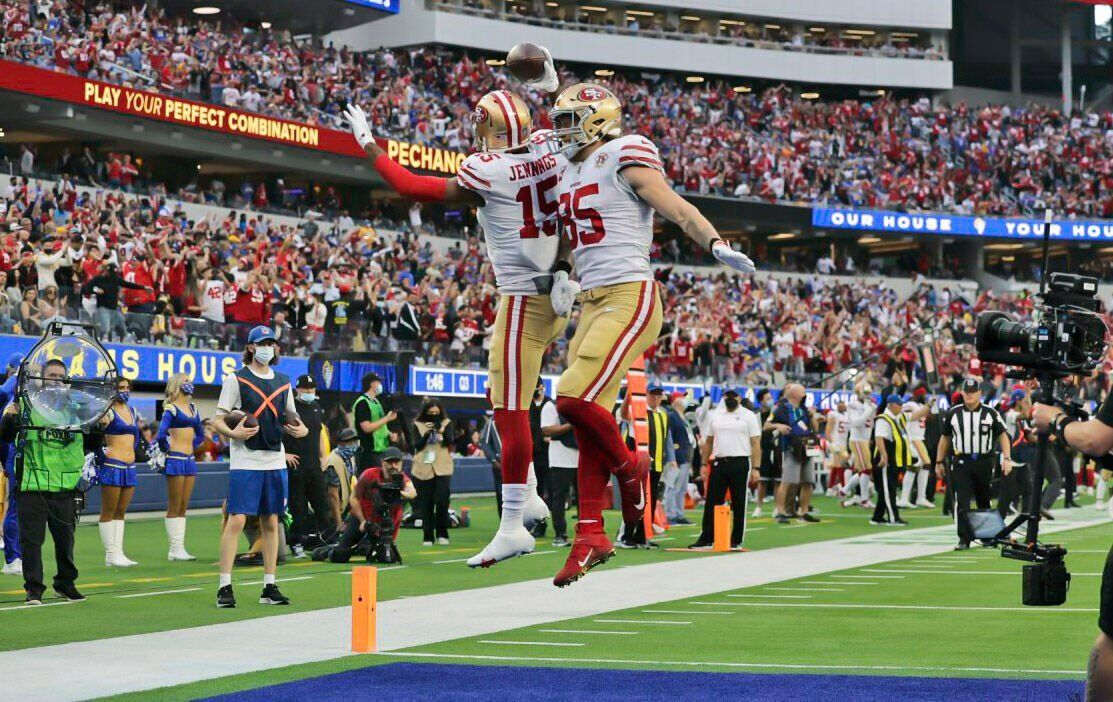 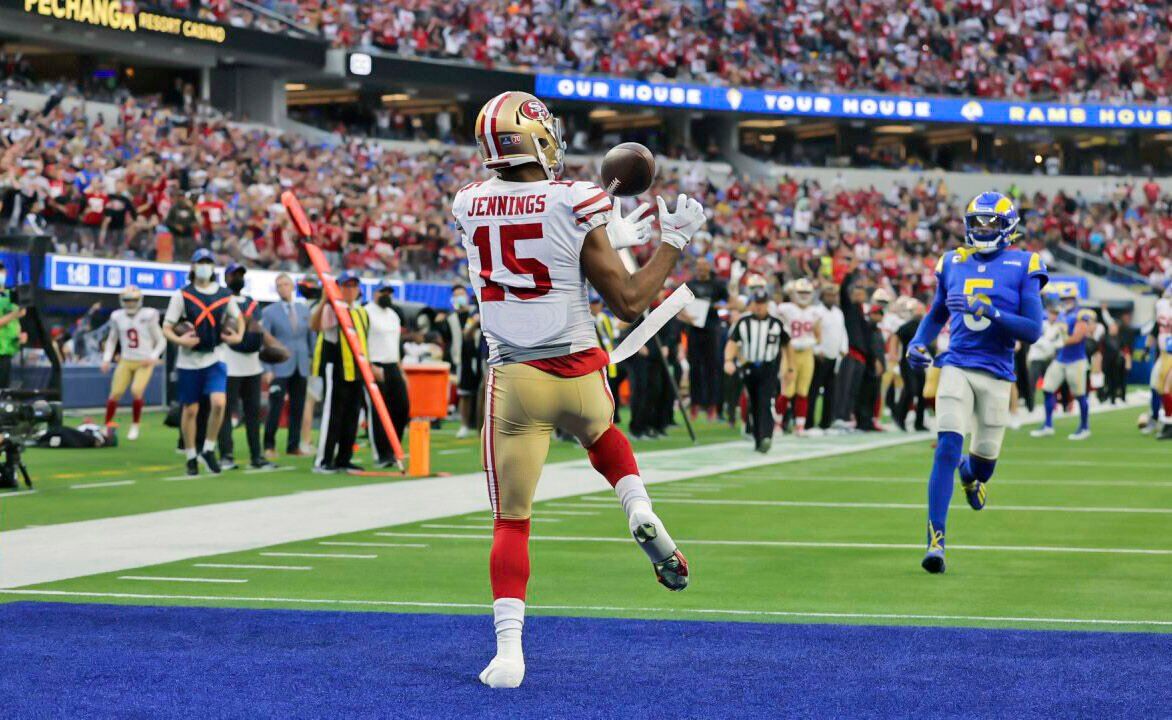 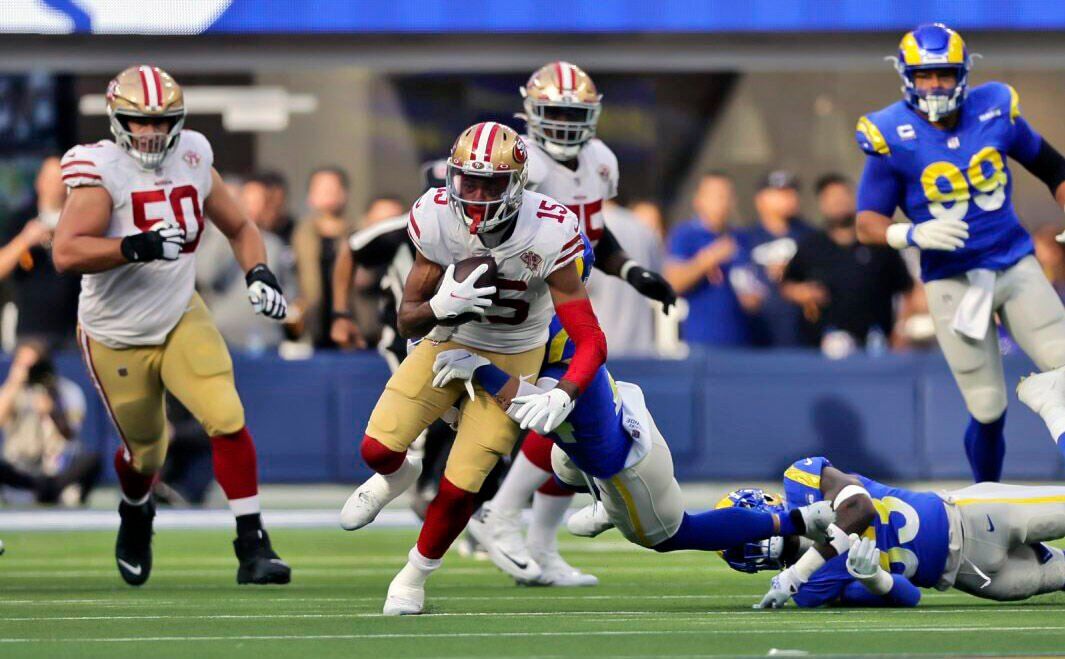 The San Francisco 49ers began the year with three former Nashville-area prep standouts on the roster. But as the regular season concluded on Sunday, just one had established himself as a regular offensive contributor.

Former Tennessee Vols receiver and Blackman High alum Jauan Jennings may be San Francisco’s fifth-leading receiver, but when the 49ers needed him, he showed up.

His best game came Sunday in San Francisco’s 27-24 overtime win over the Los Angeles Rams — a win the 49ers had to have to make it to the postseason. Jennings hauled in six receptions on seven targets for 94 yards and two touchdowns — all career highs.

Twenty of Jennings’ 24 receptions this year have accounted for either a touchdown or a first down, and 10 of those receptions have come on third down. Four of his five touchdown receptions either tied the game or gave the 49ers the lead. Quarterbacks have a 114.3 passer rating when targeting him as well.

Jennings never had more than three targets in any game until Week 14 this year. However, since that 26-23 overtime win over the Cincinnati Bengals, Jennings averaged five targets per game over the 49ers’ final five games.

“Once he got his opportunity, he's never looked back,” Shanahan continued. “He's gotten better each week and he was huge [Sunday]."

Injuries to Mohamed Sanu and former MTSU wideout Richie James opened the door for Jennings to carve out a role for himself in the 49ers’ offense. Shanahan’s use of No. 1 WR Deebo Samuel down the stretch as both a receiver and running back has also afforded Jennings a few more opportunities to expand his contributions on offense.

In fact, one of Jennings’ touchdown catches on Sunday came on a gadget play where Samuel took a handoff, dashed to his right, and floated a 24-yard strike to Jennings in the back of the end zone.

With the 49ers traveling to Dallas to play the Cowboys in the NFC super wildcard round on Sunday, it wouldn’t be surprising to see the 49ers use Jennings similar to how they did against the Rams.

"Jauan's just one of those guys who the moment's never too big for him," 49ers QB Jimmy Garoppolo said. "He's ready for it. Third downs, red zone, when his number's called, you can just see it in the huddle — you can see it in the guy's eyes when he's ready for it. Jauan never hesitates, never blinks. You love having a guy like that, especially in those crucial situations."