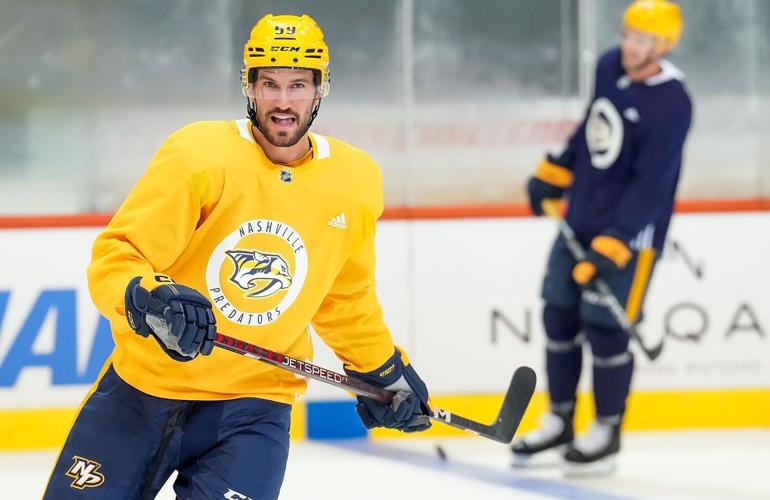 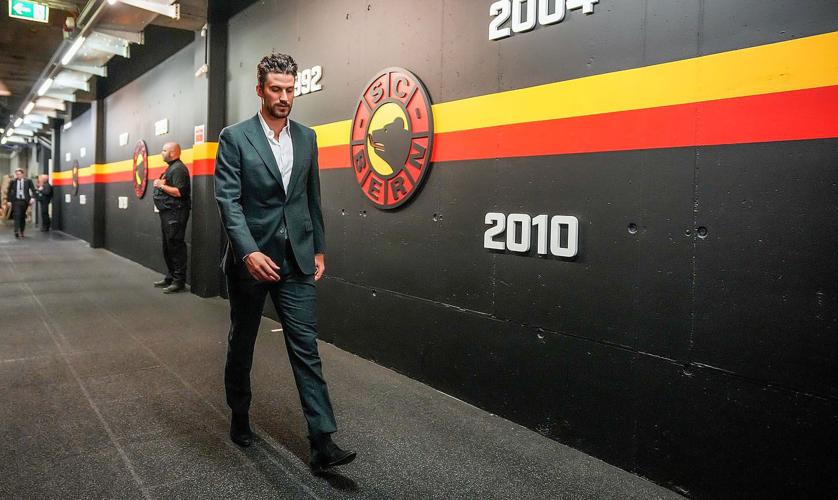 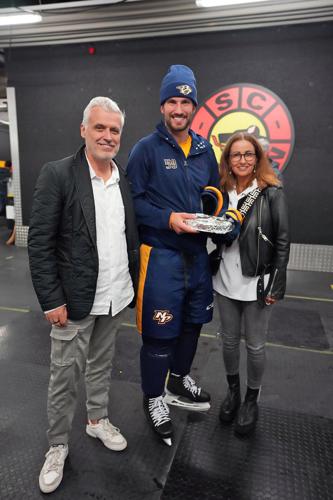 Roman Josi (center) with his father, Peter, and mother, Doris 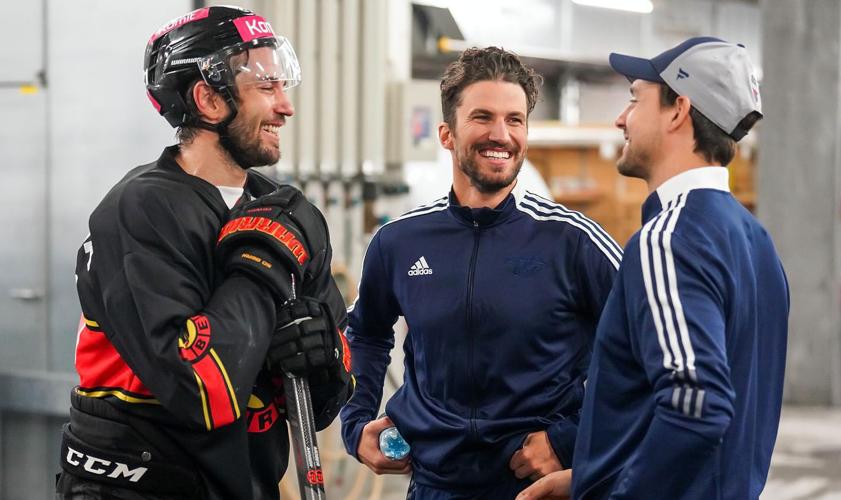 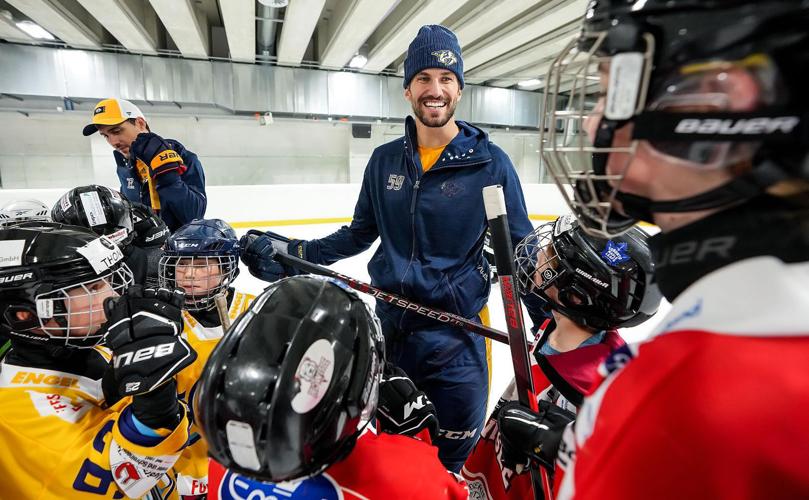 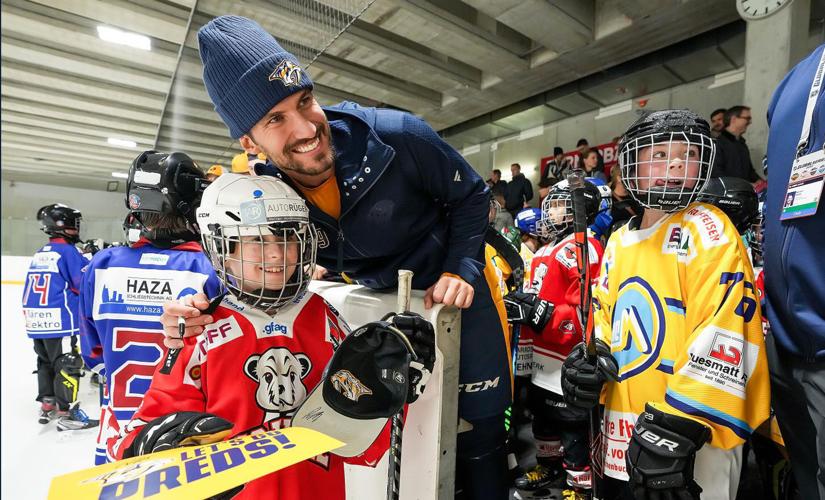 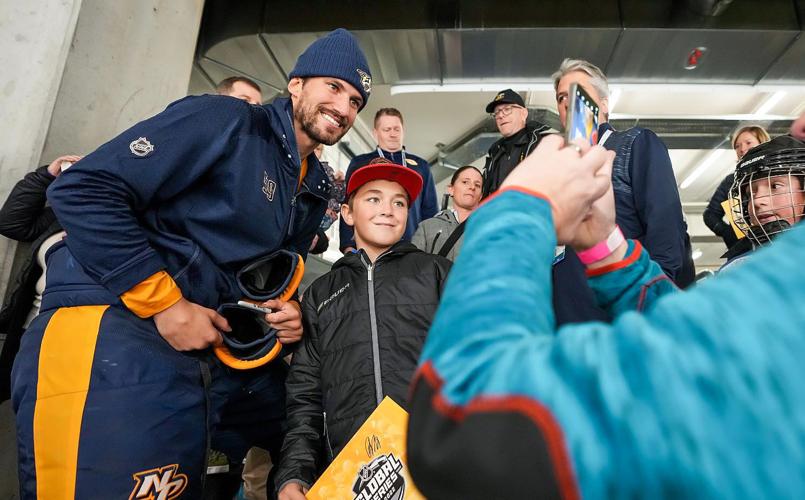 Roman Josi (center) with his father, Peter, and mother, Doris

He began his infatuation with hockey at age 4, which then escalated to a youth and junior league career before Josi found himself playing for SC Bern by age 16. It was something that at one time seemed like a pipedream — the crowning achievement sitting at the top of a teenage kid’s bucket list.

But fast forward 16 years. Not only did Josi have a solid career for SC Bern as a fast-rising NHL prospect — tallying 18 goals and 54 points in 106 games from 2006-10, and again for a brief period during the 2012 NHL lockout, when he had six goals and 17 points in 26 games — he is now part owner of the organization.

Which made Monday’s 4-3 Predators win over SC Bern at PostFinance Arena in front of a sold-out crowd of 17,031 all the more special for the 32-year-old Predators captain.

"It was definitely really emotional for me," Josi said via the team’s official website. "Seeing my family the first night and yesterday practicing here and being back in the arena. And then obviously today, there was a lot going on and a lot of nerves before the game. [And then] skating in front of the fans again.

“My whole family and my friends were here along with a lot of people I know from my childhood," he added. "I'm very thankful that I got the chance to do this, and it's something I'll never forget."

Monday’s exhibition marked the first time Josi had played in his hometown since his final game with SC Bern during the 2012 lockout. And he gave the fans a show.

Josi logged two goals and one assist in the Predators win, and as the public address announcer revealed the Bern native as the first star of the game, seemingly all 17,000-plus fans were cheering for the hometown kid.

“I talked to Mr. David Poile, and I said to him, one dream that we have is that Roman can play here in his hometown,” Josi’s father, Peter, told the team’s official web site. “And now, it’s come true. So, it’s [greatly emotional].”

Not only were Josi’s parents in attendance on Monday (they’ve also been tagging along at practices as well), but so were his grandparents, his brother, and about 15 more relatives plus close to 200 of his childhood friends.

"My family was here with my two grandmas, who haven't seen me play in a long time," Josi said. "I think it's something a lot of guys can never do. And I'm very grateful for the chance to do this, and it's something I'll never forget for the rest of my life and definitely one of my career highs."