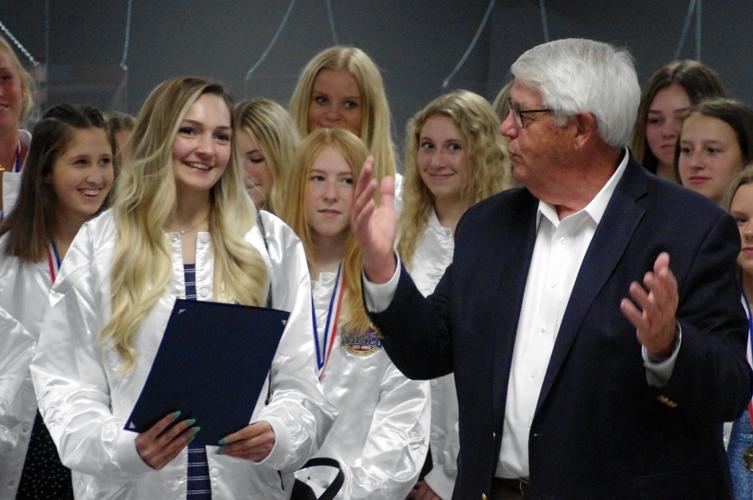 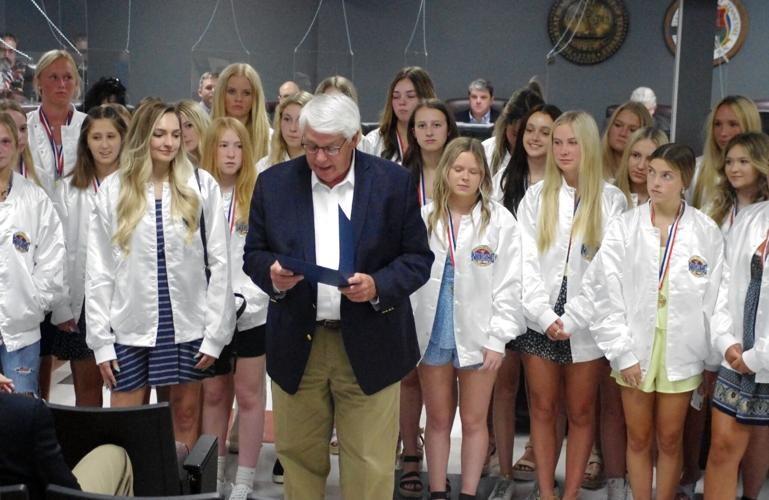 A collection of cheerleaders from a number of Williamson County high schools and middle schools were gathered at the Administrative Complex in Franklin Monday night to receive an official recognition from the Williamson County Commission after their stellar performance in the National High School Cheerleading Championship.

The NHSCC has been the country's largest national cheerleading competition for more than 40 years, and sees tens of thousands of athletes compete annually at the Walt Disney World Resort in Orlando, Fla.

In light of the coronavirus pandemic, this year's championship was held virtually in April. And despite the difficulties associated with practicing athletics amid of pandemic, three high schools and two middle schools in Williamson County ended up being awarded National Champion designations during the competition.

"Individually and collectively, these athletes overcame numerous obstacles as we know in a national pandemic and participated in the most prestigious cheerleading championship in the country," said county Mayor Rogers Anderson, standing in front of dozens of cheerleaders wearing their awarded coveted white jackets.

"As national champions, each squad was awarded the UCA National Champion trophy, and each squad member will receive their own coveted white jacket which they've got on It's by my signature tonight that we recognize all of these young ladies through the great seal of Williamson County."