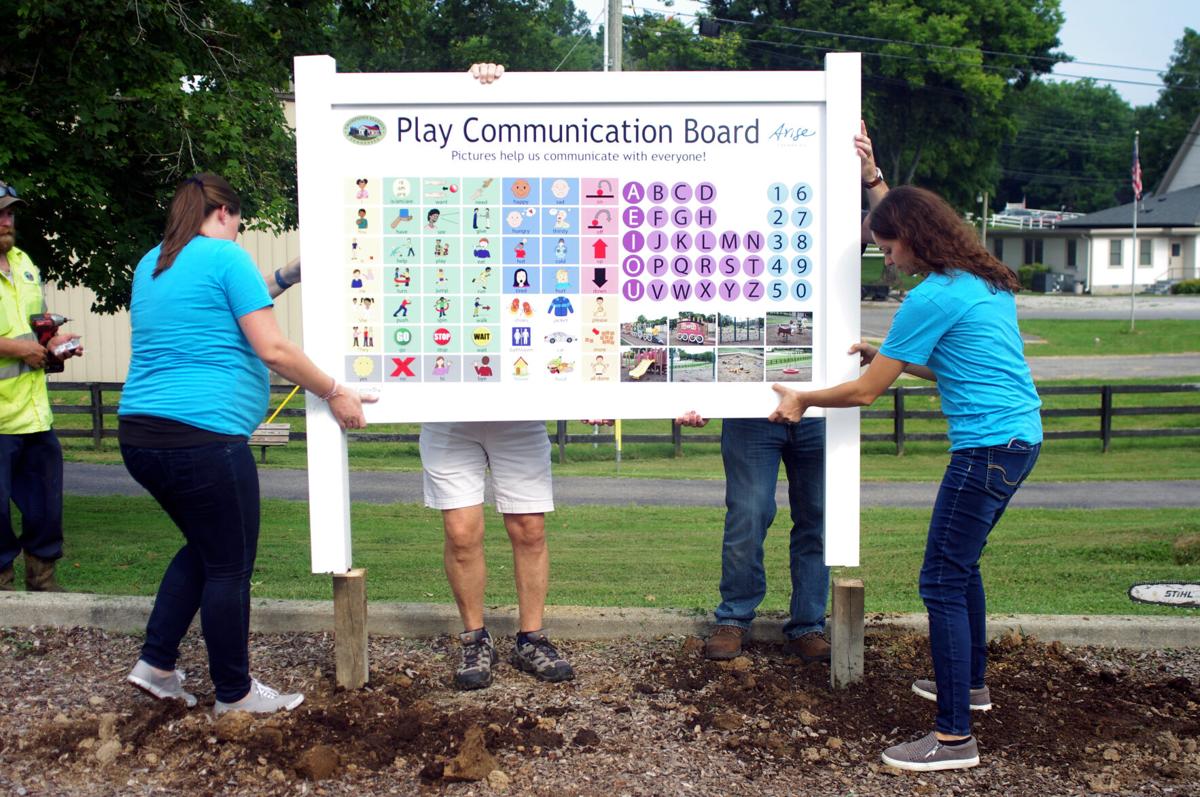 Members of Arise Therapies and the Thompson's Station Parks & Recreation Department help install a communication board at Sarah Benson Park. 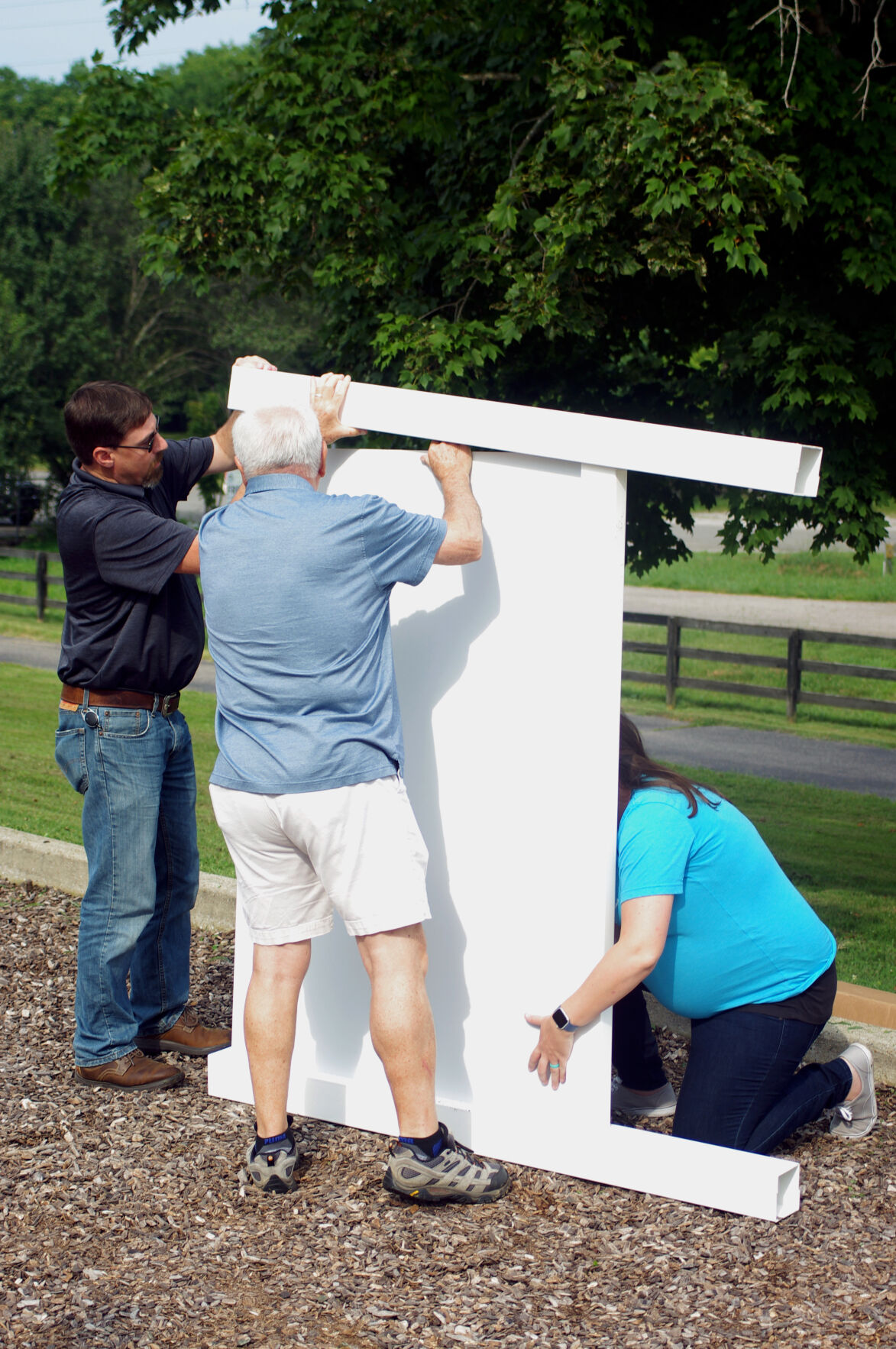 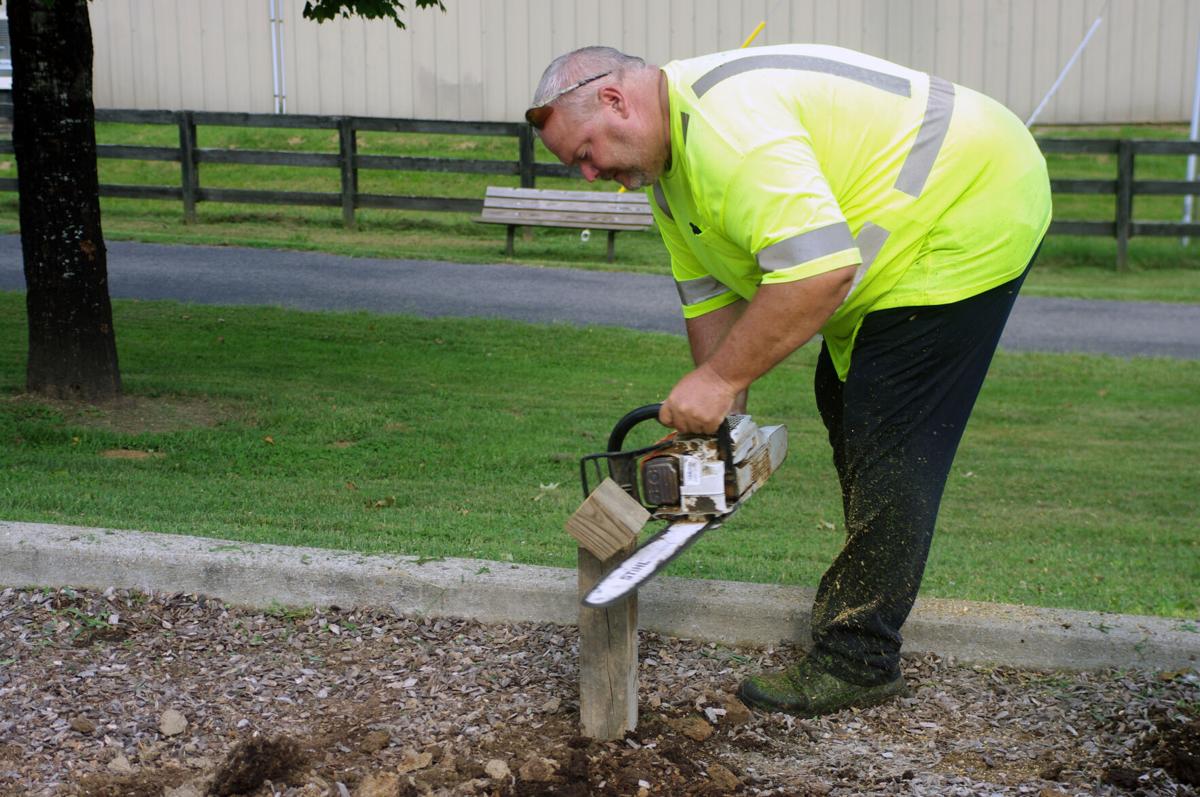 A Thompson's Station town employee saws a beam in preparation for the installation of the communication board. 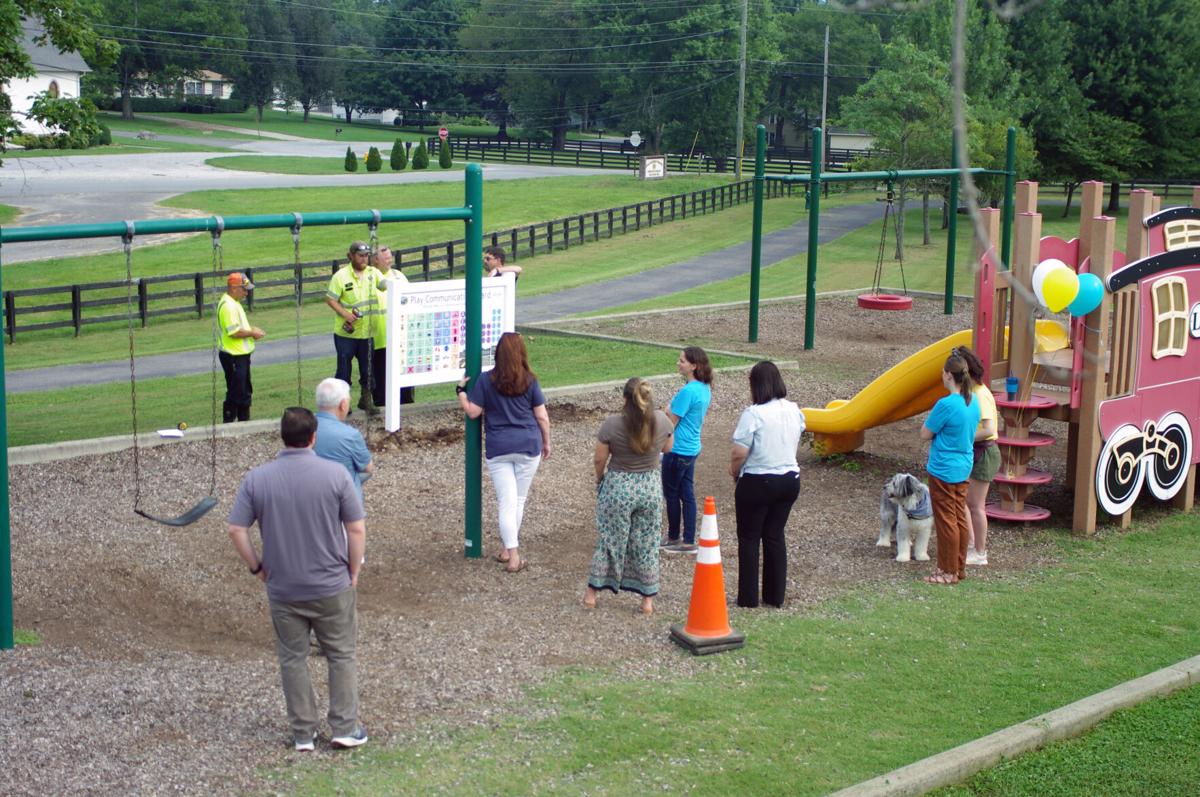 Arise Therapies, in partnership with Thompson's Station Parks & Rec, unveiled its fourth communication board at Sarah Benson Park on Friday, continuing the organization's mission to help verbally-challenged youth better communicate with their peers.

Essentially a large sign that include letters, symbols and illustrations that allows for verbally-challenged youth to better communicate, communication boards have been used in the United States since at least the 1920s.

The board's unveiling marks the fourth such board in the Spring Hill and Thompson's Station area, with boards having already been installed at Fischer Park, Evans Park and Harvey Park earlier this year.

One of the leading voices behind the project, Arise Therapies speech pathologist Allyssa VelDink, said that she's had her eye on Sarah Benson Park for some time already.

"There's always so many kids here, we have clients that come here to play so we knew that it would be a perfect spot," VelDink said.

"I see a lot of kids at work that aren't able to talk traditionally and have trouble communicating with their friends, so I've just seen this be very impactful for kids and it just makes sense to me to try to reach as many kids as possible."

After seeing photos of Arise Therapies' original three communication boards in Spring Hill, Thompson's Station Permit Technician Jennifer Banaszak planned to reach out to VelDink to see if she could arrange to have one installed in Thompson's Station.

VelDink, Banaszak said, beat her to the punch.

"I think this is a wonderful opportunity for the park here at Sarah Benson, I actually saw the photo in one of the Spring Hill parks, and I was going to contact Arise (Therapies), but [they] ended up contacting me first," Banaszak said. "I think it's a great thing for the kids to utilize within the park."

VelDink said that she would like to see a communication board installed at the Spring Hill Public Library next, and hopes to continue her mission to help verbally-challenged youth communicate across Williamson County and beyond.