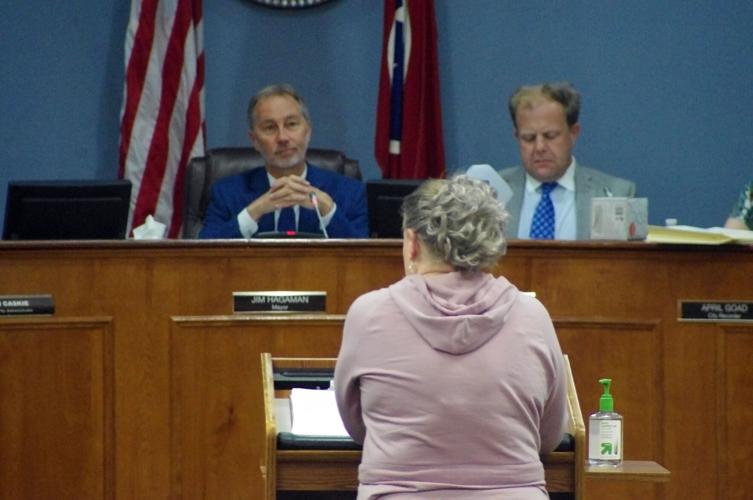 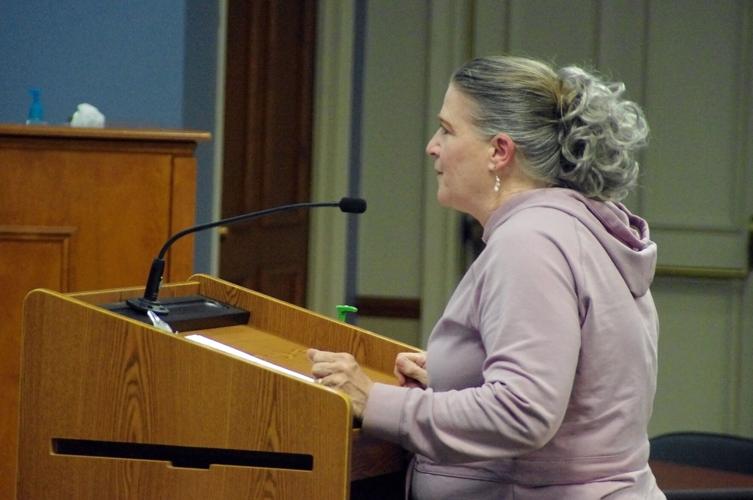 Elizabeth Coker speaks to city leaders during the May 17 voting meeting of the Spring Hill Board of Mayor and Aldermen. 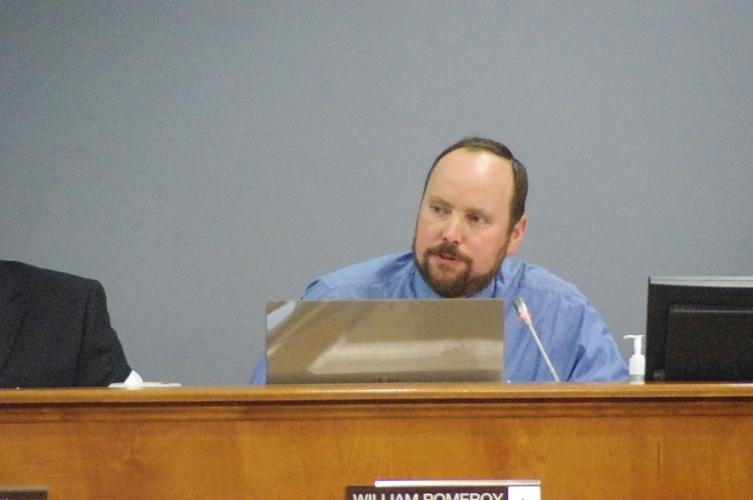 Alderman William Pomeroy voices his opposition to moving forward with the Battle of Franklin Trust. 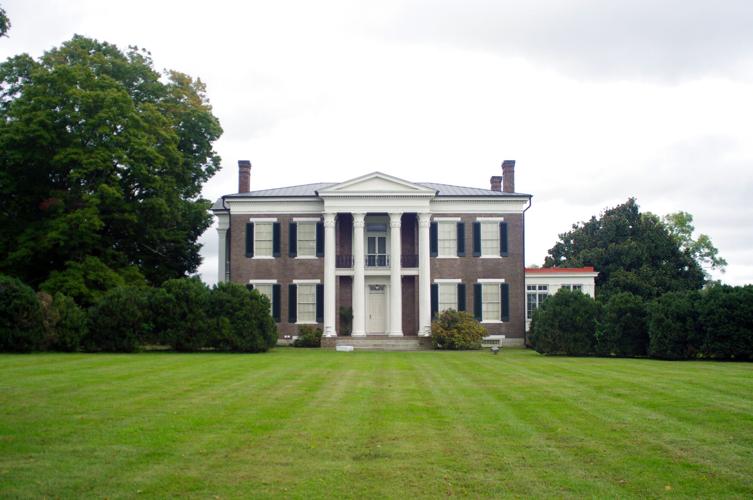 The Battle of Franklin Trust (BOFT), the nonprofit organization that manages both the Carter House and the Carton Plantation in Franklin, will now manage the Rippavilla Plantation after city leaders voted 7-1 to approve a new property management contract Monday night.

One city leader, Aldermen William Pomeroy, abstained from the vote due to his involvement in litigation between the United Daughters of the Confederacy and the city of Franklin over historical markers installed by the BOFT around the Franklin Square.

Spring Hill purchased the Rippavilla Plantation in 2017 and contracted Rippavilla Inc., a local nonprofit organization, to manage the property with the goal of the site eventually becoming financially self-sustaining.

After years of that not materializing, the city voted in January to terminate its contract with Rippavilla Inc., and subsequently solicited bids from other property managers to manage the site.

The sole responder to the city's solicitation for bids was BOFT, which city leaders appeared receptive to.

During a city non-voting meeting on May 3, Rockvale resident Elizabeth Coker made a plea to city leaders to reconsider moving forward with BOFT, proclaiming to represent "five national, local and state organizations" that had given her "verbal agreements" to form a new board to manage the historic site.

The president of at least one of the organizations she named — Tennessee Civil War Preservation Association President Anthony Hodges — refuted this claim, telling the Home Page it was "an outright falsehood" and that he had never met Coker.

It was on Monday, May 17, that city leaders were set to vote on accepting the contract with BOFT.

Coker returned to City Hall Monday to make one last plea to city leaders to reconsider moving forward with BOFT.

"I think you need to take time to choose carefully which management group is going to take care of your best, brightest and most treasured asset of this community, Rippavilla," Coker said. "Again, I'm going to ask for 30 days if today you do not choose to go ahead with the current bid [from BOFT]."

Coker also used her time to address a letter sent to the city from TCWPA President Hodges, which refuted her previous claim that she had reached a verbal agreement with his organization.

Coker argued that Hodges "misunderstood" what she said, and that she had actually claimed that she had reached verbal agreements with members of the aforementioned historical preservation organizations, not the organizations themselves.

For context, view below to see Coker's exact language from the May 3 non-voting meeting.

"I represent a number of people in this community in Middle Tennessee; five national, local and state organizations that have given me verbal agreements to form a new board to go forward with Rippavilla," Coker said.

"We've got verbal agreements from the Sons of Confederate Veterans, the United Daughters of the Confederacy, the APTA (The Association for the Preservation of Tennessee Antiquities), the Tennessee Civil War Preservation Association, and a couple of other organizations that are going to offer members from their own organizations to serve on a board."

Once the time came to vote on the contract with BOFT, newly elected Alderman Pomeroy voiced his own opposition to the measure.

Pomeroy pointed to a legal dispute between the UDC and the city of Franklin over historical markers placed around the Franklin Square, home of the Confederate monument known as "Chip" which is owned by the UDC.

Erected by BOFT, the markers are part of "The Fuller Story" initiative which aims to further contextualize Civil War history by detailing African American experiences during the period.

Pomeroy argued the legal costs to the city as a result of the resulting lawsuit were an example how BOFT could become a "legal liability" to Spring Hill.

Pomeroy also argued that one representative of BOFT engaged in "hateful and vengeful language" during the unveiling of the markers.

"On Oct. 17, 2019, the Battle of Franklin Trust was one of the speakers at the unveiling ceremony of the markers at the square," Pomeroy said.

"At the ceremony, one speaker actually compared the UDC to the Klu Klux Klan. That kind of hateful and vengeful language has no place in Spring Hill, and this type of rhetoric will only serve to divide our community."

Lastly, Pomeroy argued that the story told by the markers were "simply inaccurate," and that BOFT "attacked and vilified" the Carter family in its management of the Carter House in Franklin.

"The only story that's told of the Carter family is that they owned slaves," Pomeroy said. "This is unquestionably an attempt to disparage the Carter family. What will be the story of Rippavilla? Will it be one only [in] the context of them owning slaves as well?"

Pomeroy also told his fellow board members that he had represented the UDC in its litigation with the city of Franklin. Alderman Matt Fitterer asked City Attorney Patrick Carter if he believed Pomeroy needed to recuse himself from "further conversation that's related to BOFT."

Carter said that he had previously advised Pomeroy that he should consider recusing himself, but that the decision lied with Pomeroy alone.

Ultimately, the board voted 7-1 to approve the contact, with Vice Mayor Kevin Gavigan voting against the measure and Pomeroy abstaining.

The agreement with BOFT will be a three-year contract without an automatic renewal, and will also allow for either party to terminate the arrangement with a 90-day notice.

Spring Hill will financially support BOFT with $100,000 during the first year of the contract, $80,000 the second and $60,000 the third, with the eventual goal being that the property becomes entirely self-sustaining without the need for financial support.