Hundreds came to Main Street in Spring Hill to stand in solidarity with Floyd and the black community.

Gathered on the corner of Main Street and Campbell Station Parkway, demonstrators of all kinds displayed their signs on high, chanting phrases like “no justice, no peace,” and “black lives matter” as dozens of passing motorists honked in support.

The killing of George Floyd

As millions of Americans have now seen on video, Floyd was killed on May 25 by a Minneapolis police officer after the officer pinned his neck down for nearly nine minutes straight. Coming on the heels of other killings of black Americans such as Ahmaud Arbery and Breonna Taylor, Floyd’s death has sparked outrage and protests across the country.

“I can’t breathe” were among the last words ever spoken by Floyd as he pleaded with the officer for his life. As the officer continued to pin his knee on his neck, Floyd cried out for his mother.

Columbia resident Dimarco Williams, who spoke during the demonstration Tuesday, shared his interpretation of what Floyd may have been feeling during his final moments.

“Just look around; nobody had to come out here at all,” Williams said.

“Everybody got up this morning and made the decision [to] go do this, because guess what: it could have been your son. This man cried for his mom. When a grown man cries for his mom, that's serious.”

Williams continued, visibly disturbed by the scene he was describing.

“His mom has been dead for two years, so by him calling on her, you know what I thought,” Williams posed. “He was on his way. He was on his way, and he was letting his mom know, 'I'm coming.' If you don't see nothing wrong with that, something has got to be wrong with you.”

As Williams continued to speak, a passing motorist on Main Street shouted “bullshit!”

“See, that's what I'm talking about — block that out,” Williams said.

“If it would have been a black man officer on a white guy, I'd still be out here! Like I said, I love everybody; black lives matter, white lives matter, we've got to quit being about this race thing."

"So to have these youngsters out here, this is beautiful. These young ones right here, they're the ones that are going to be the next police officers, judges, everything, so we don't want to breed hate into them — we can't.”

Dez Edmundson, another speaker at the demonstration, could be seen lying on the ground with his hands behind his back — a pose reminiscent of Floyd’s last moments. A second participant would lie down alongside Edmundson, assuming the same position.

Before too long, dozens of participants would do the same, creating a line of demonstrators lying on their face along Main Street, all of them chanting “I can’t breathe.”

One person in attendance, Spring Hill resident Milton Prowell, was no stranger to the fight for equality and civil rights.

“I attended Martin Luther King's funeral in 1968,” Prowell said. “I had just turned 21 and bought a new car, and I was fortunate enough to go down to his funeral. To see what happened then, and then come back to Tennessee and see the same thing here... it hurts. But things have changed. You’ve got to have unity; [you’ve got to] live and let live.” 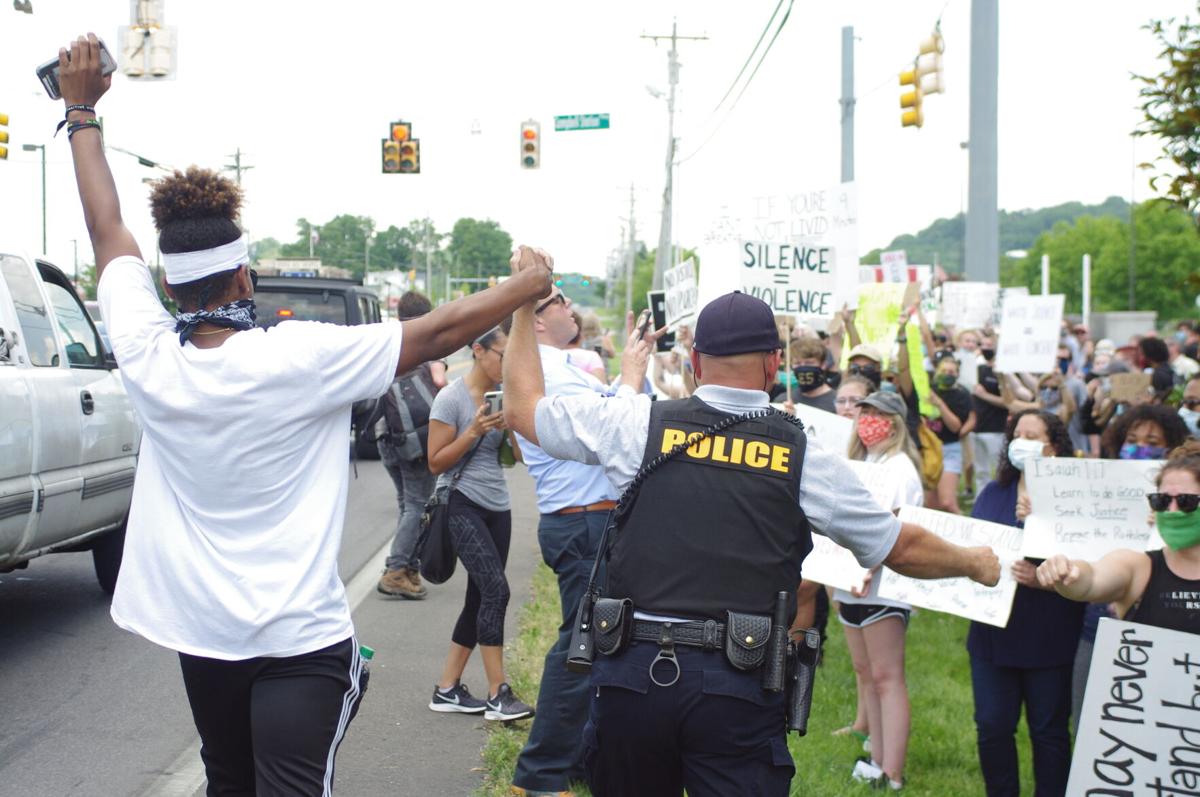 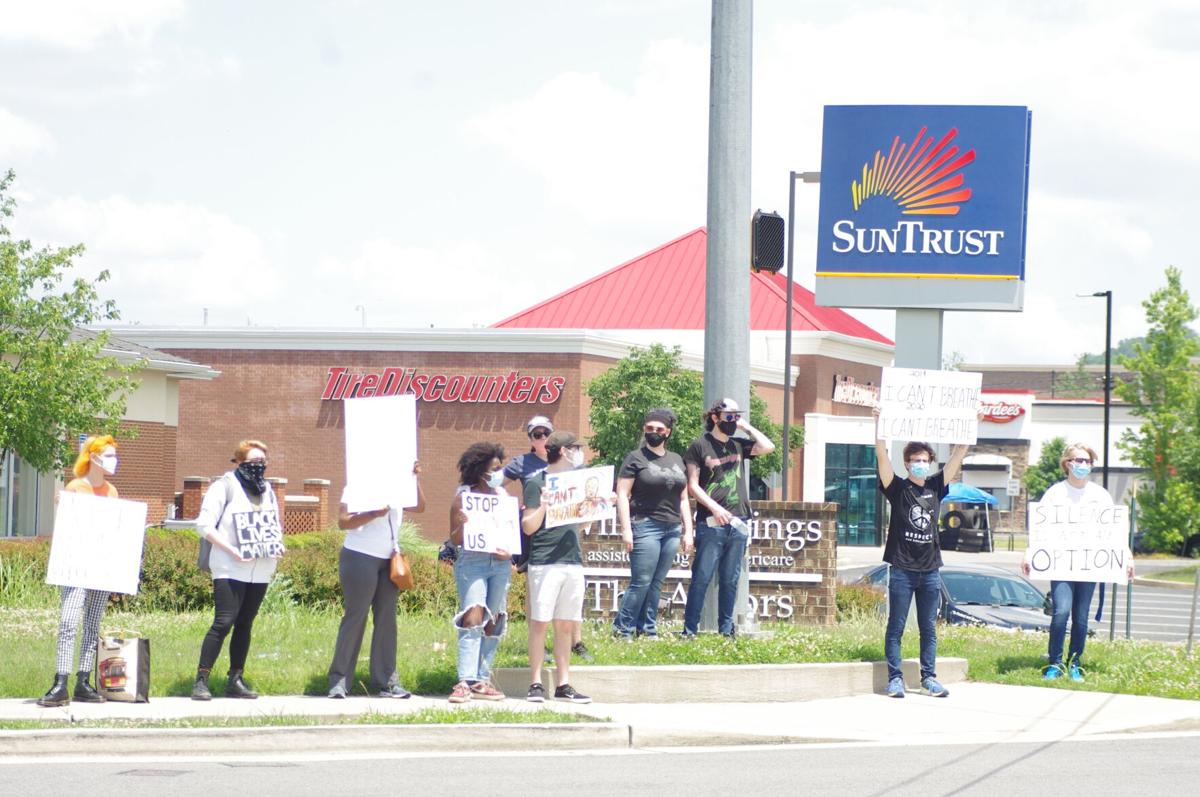 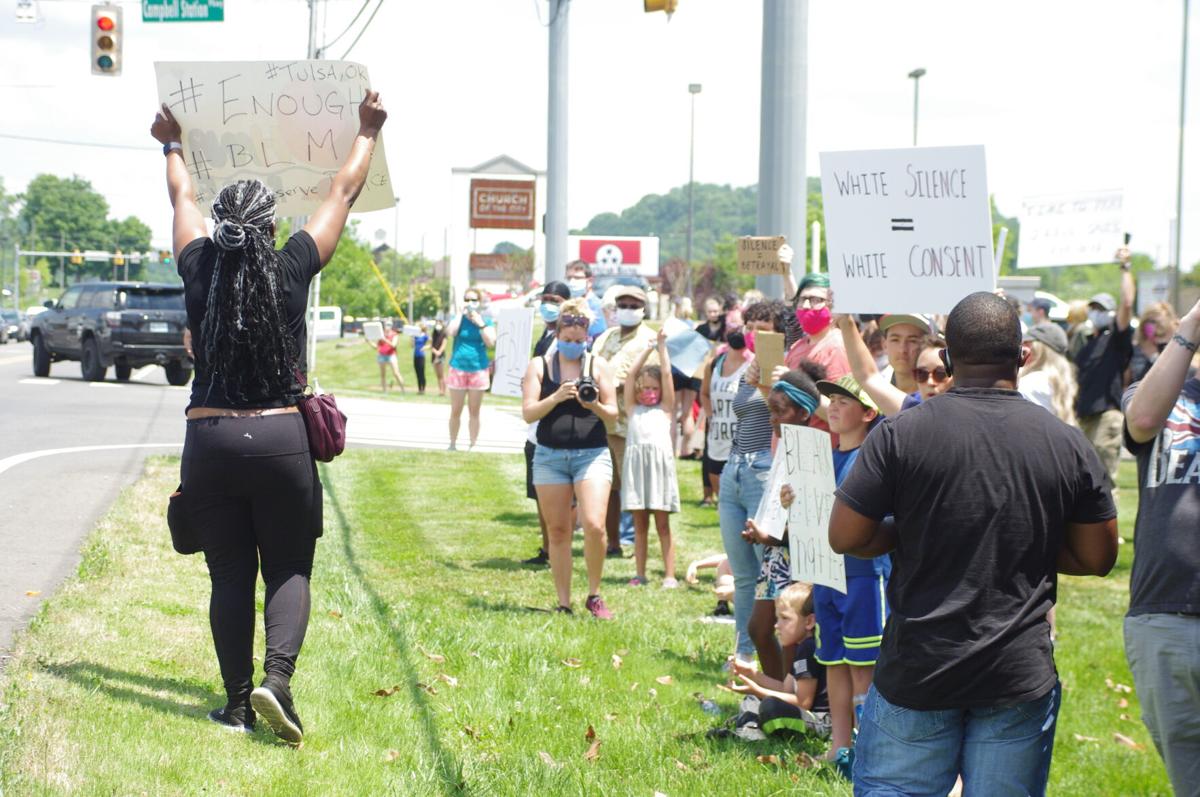 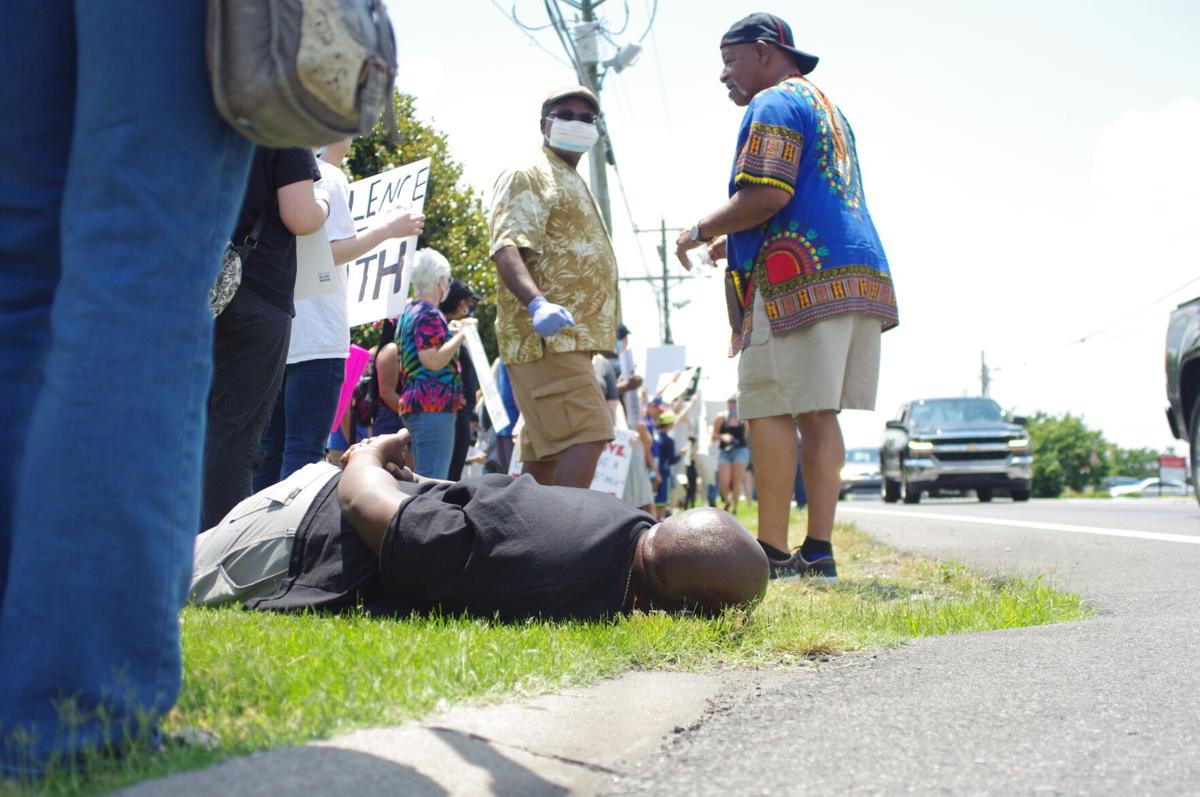 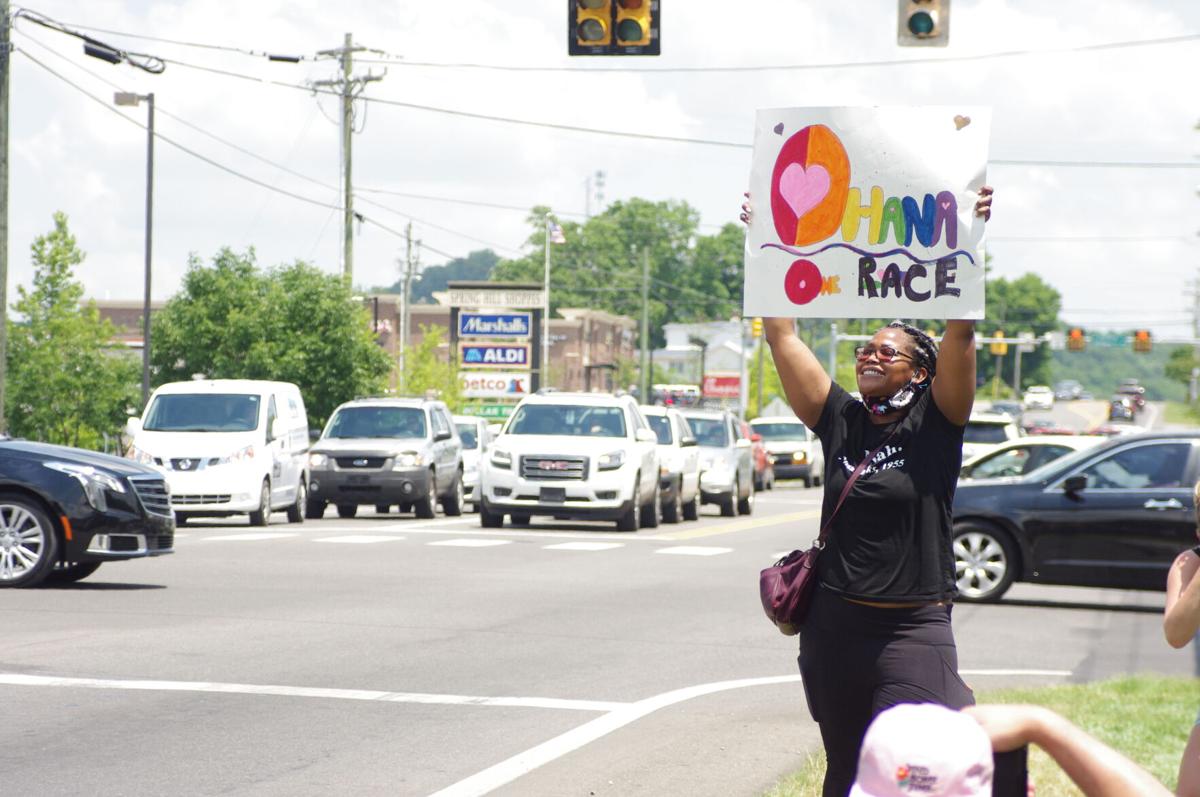 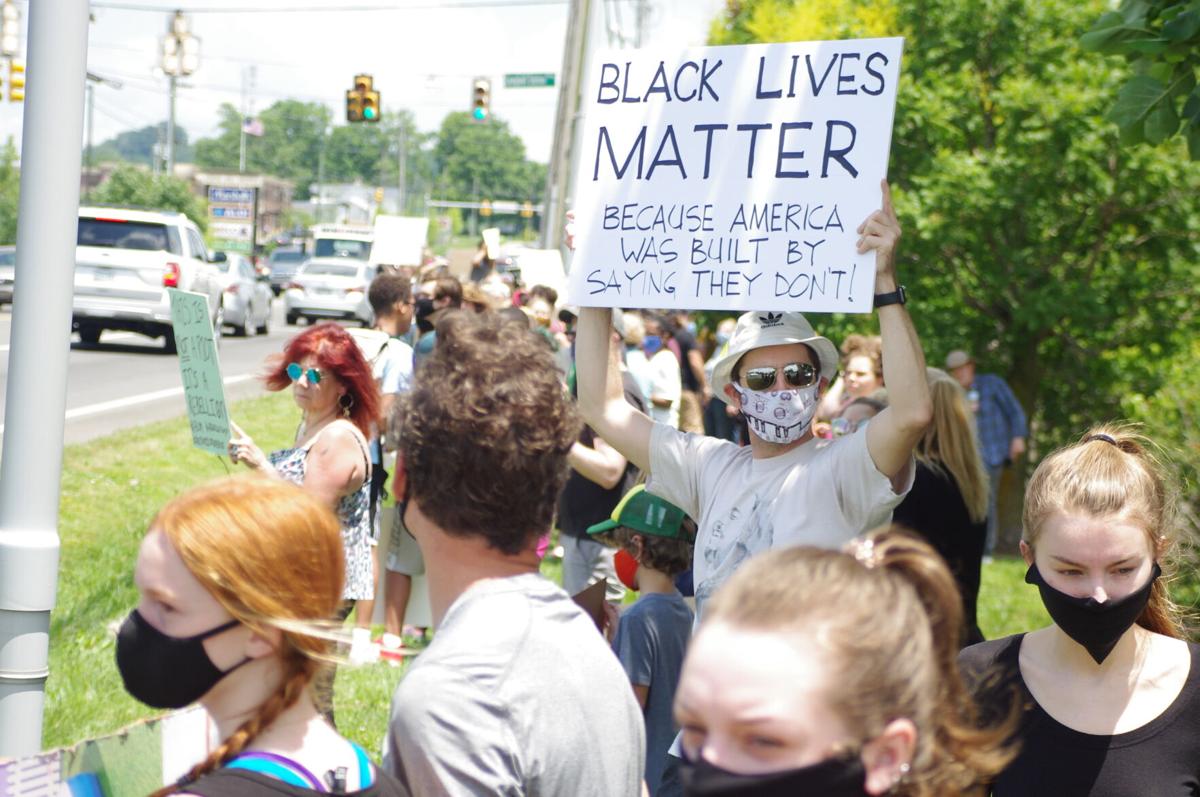 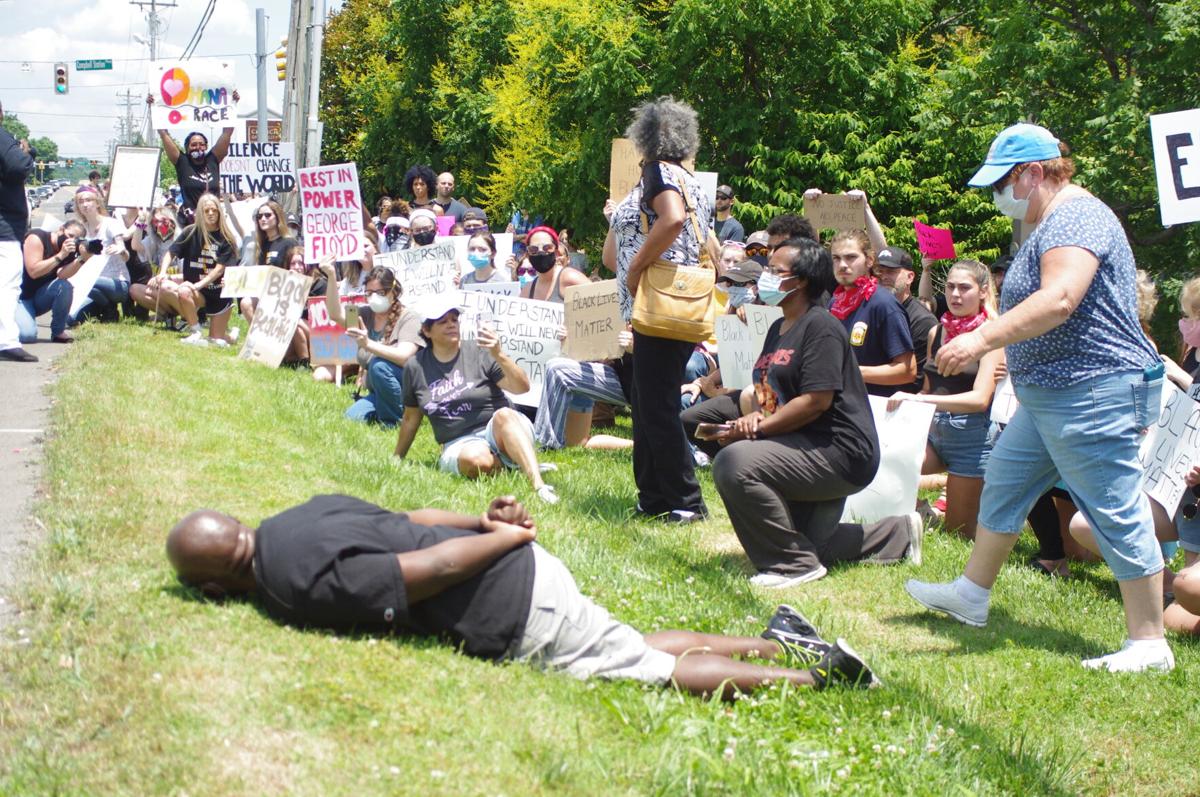 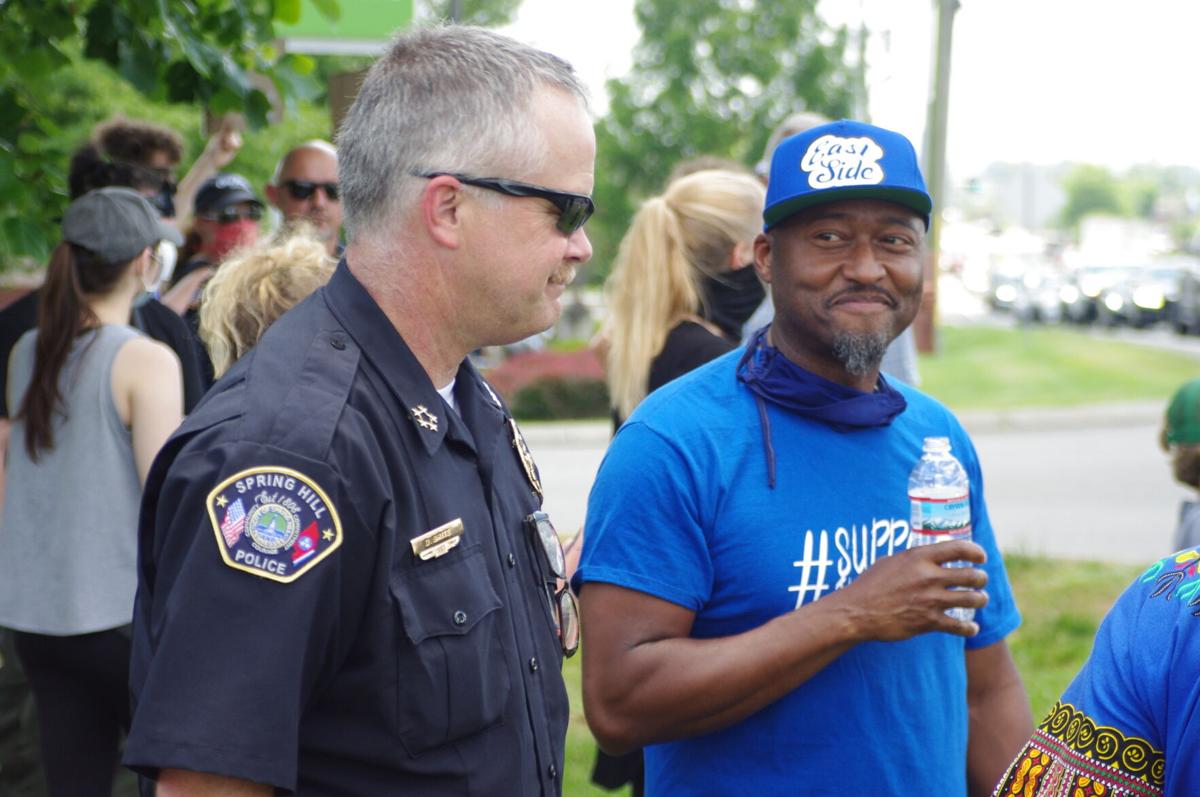 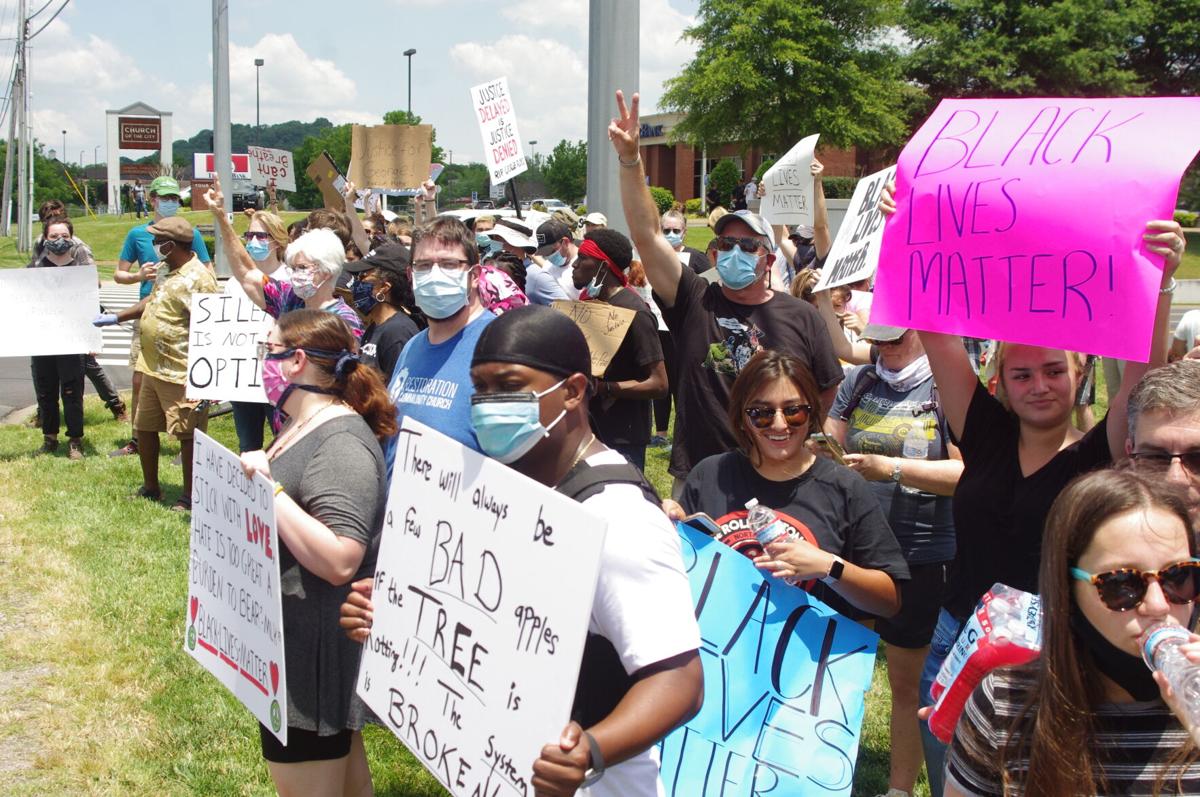 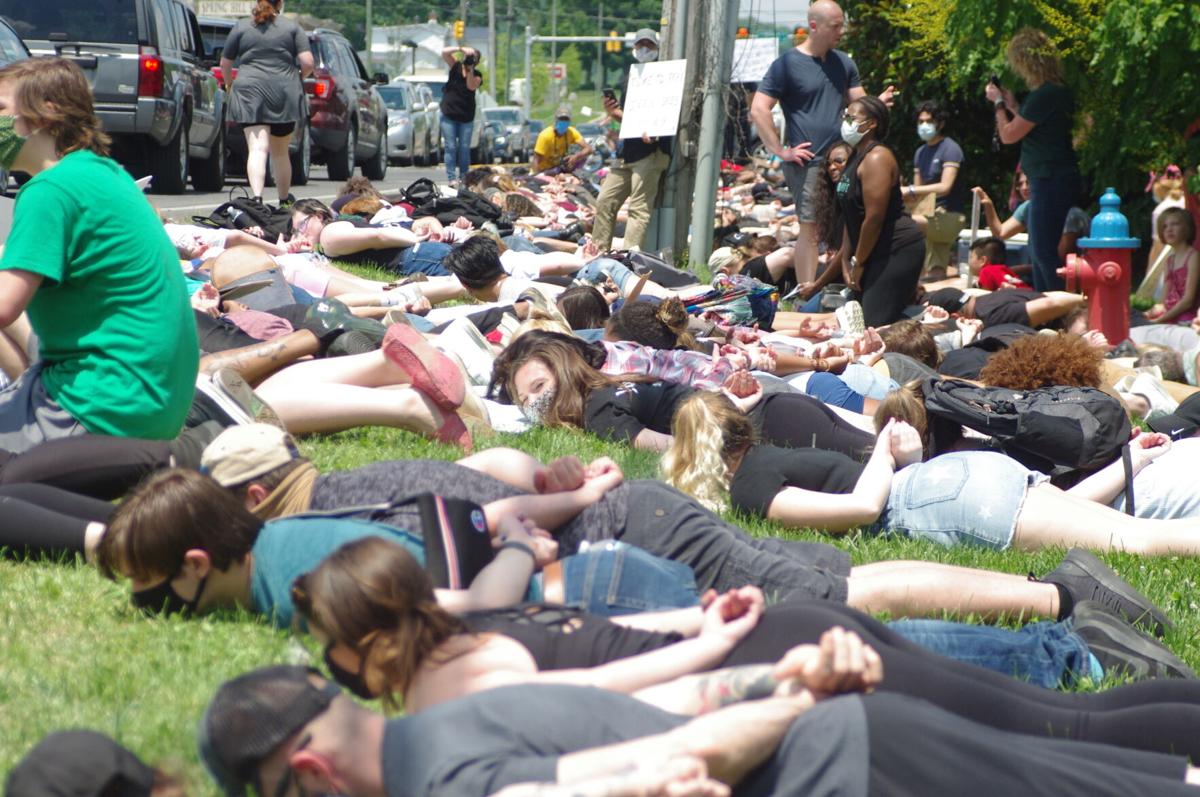 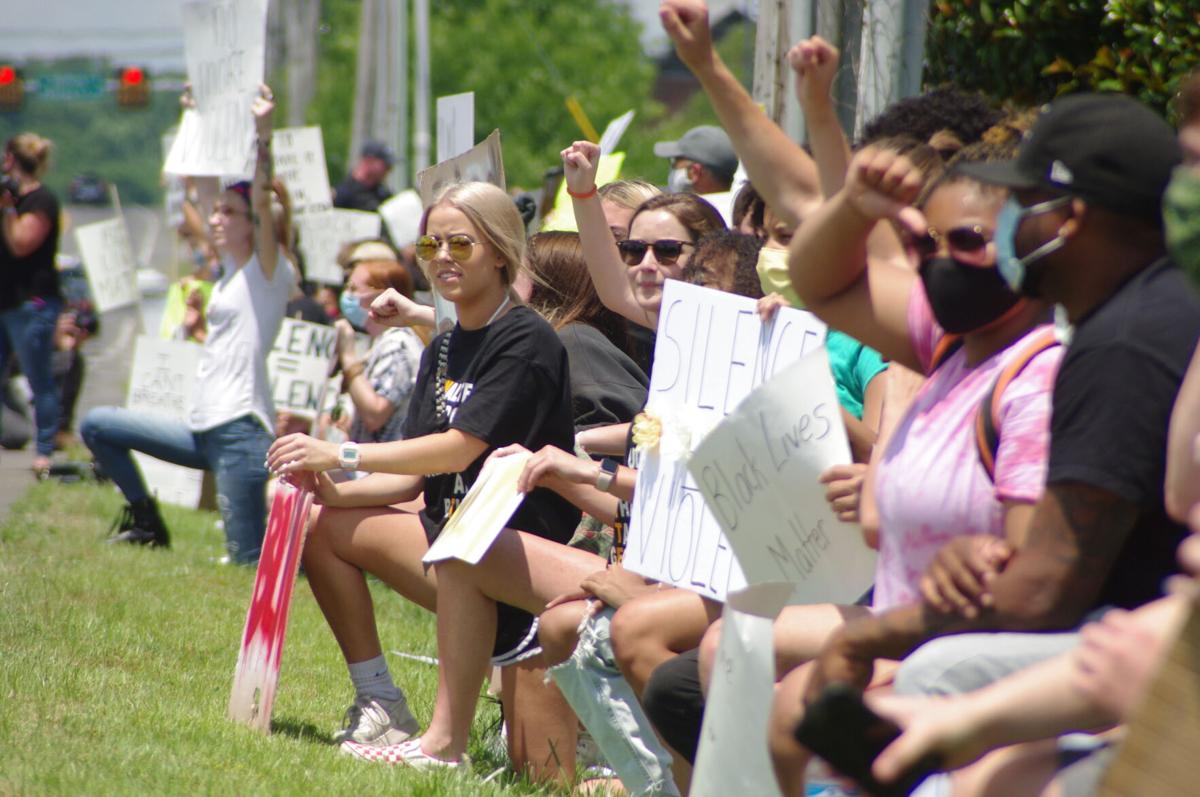 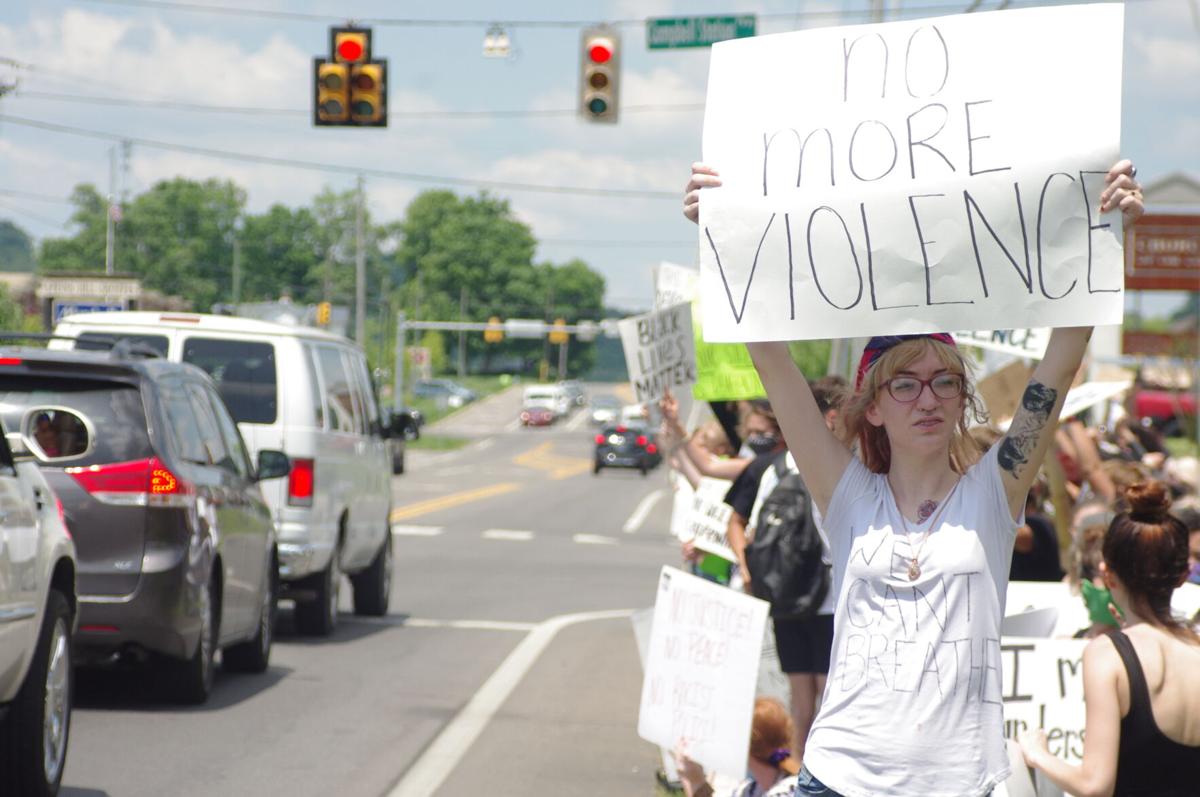 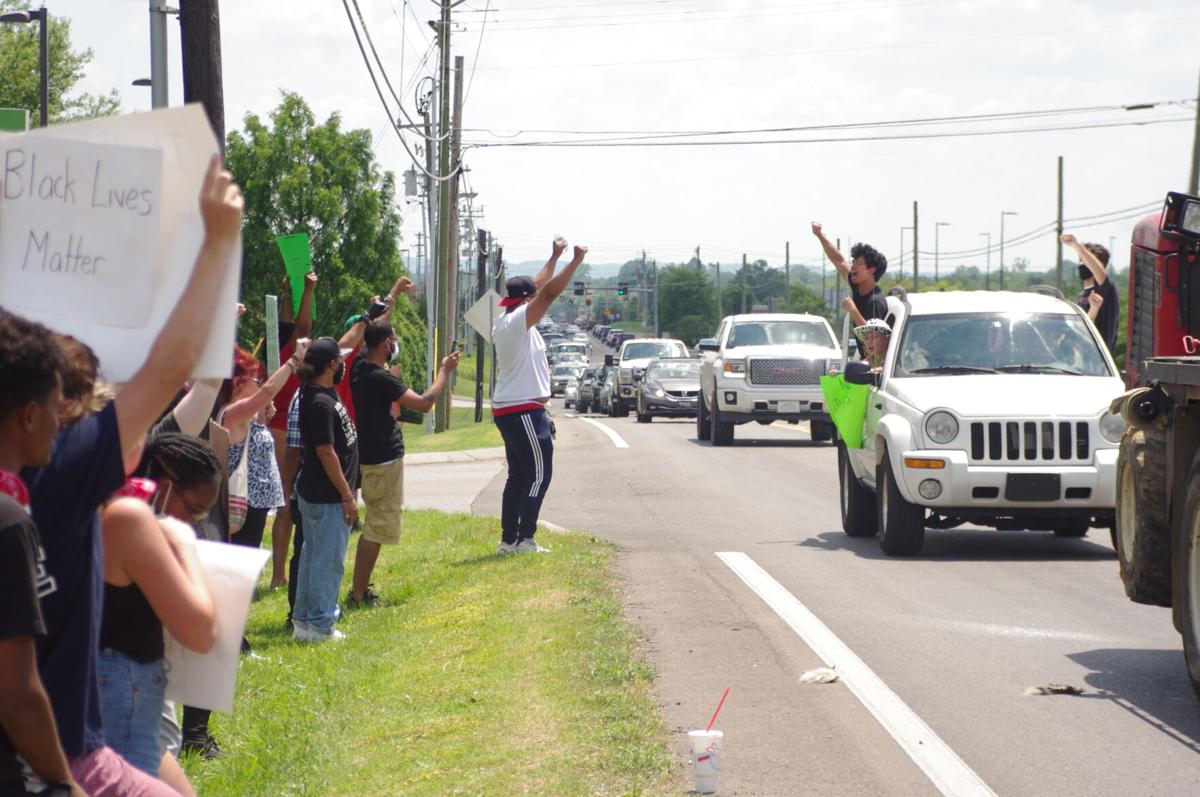 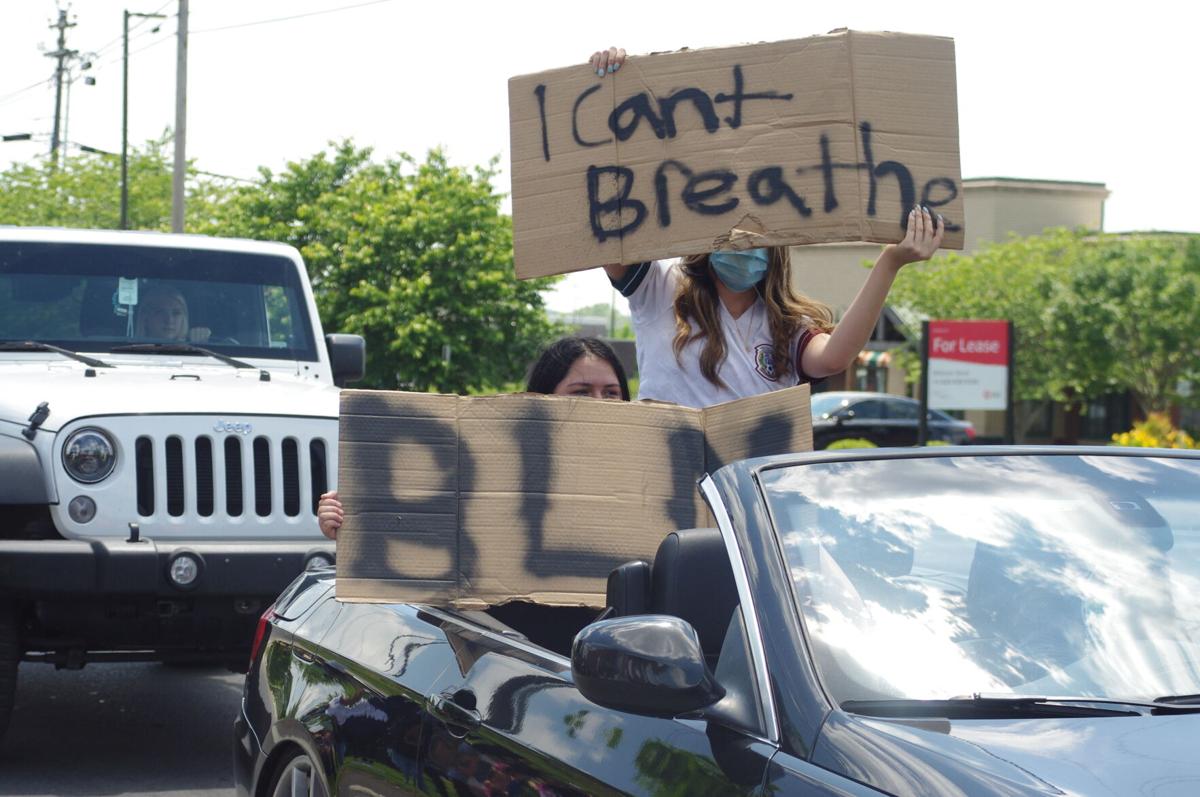