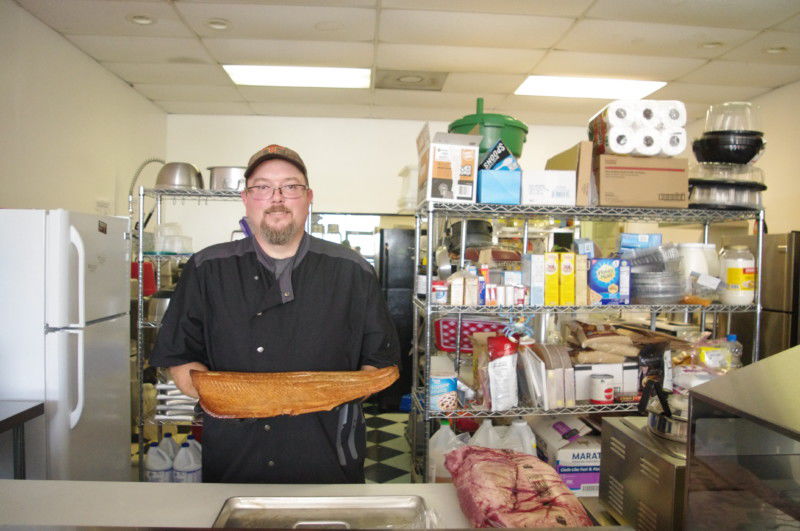 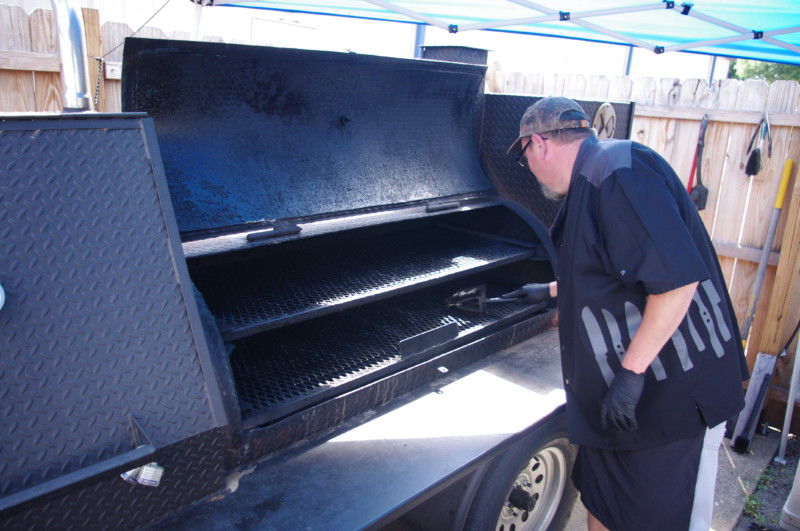 Other than traffic, one of the more common complaints expressed by Spring Hill residents is the lack of food options in the city. Nearly one year after opening their business, Spring Hill residents Richard and Amy Brookman are still hoping to fill that void with their award-winning ribs and brisket, alongside their other favorites such as smoked salmon and pork.

While still providing the staples of what one may expect from a typical restaurant, the way the business operates is almost as unique as the couple that run it.

Open Wednesday through Saturday, Brookman’s Artisan Smokery makes all its creations on a made-to-order basis, with some of their more popular offerings being their smoked salmon, baby back ribs and cheesecakes. The business smokes and prepares food regularly for the occasional pop-in customer, but recommends guests make their order a day or two in advance, giving Richard the time to smoke, brine, or otherwise prepare the meal overnight.

The culmination of years of practice, trial and error, and plain sweat and tears, Brookman’s Artisan Smokery saw its roots begin back in 2013 in Kingsport, Tennessee, when the couple sold seafood at a local farmer’s market. Richard and Amy recalled driving down to the Gulf Coast on a regular basis to purchase fresh seafood, and it wasn’t until a supplier gave them a sample of salmon that the spark for Brookman’s Artisan Smokery was born.

“One of our suppliers had given us a sample that he had done, and… the quality wasn’t there,” Amy said.

“It was pretty charred, and it was the first time we had actually eaten smoked salmon like that,” Richard said. “It didn’t taste bad, I was just like ‘my gosh, I could do better than this,’ and I was like ‘wait a minute – I think I’m going to try.’ So I just started trying different methods. It took two years probably to get it the way I wanted it, and we got it perfected.”

Amy said that Richard’s salmon had even gotten the sign of approval from one of his childhood heroes – Nascar race car driver and two-time Daytona 500 winner Sterling Marlin. Unbeknownst to Richard, Marlin had gotten the chance to sample some of his smoked salmon, and stopped by one day to order seconds.

“I almost fell on the floor when I saw who it was,” Richard said. “I was just like, ‘Mr. Marlin, whatever you want, just let me know!’”

Amy said that after ordering a batch of smoked salmon, Marlin said it was “the best salmon [he had] eaten in [his] life.”

Sadly, it was shortly after finding their newfound love of seafood that tragedy struck both the Brookmans.

“We were just about to get rolling, and [then in] February of 2014, my father passed away,” Richard said. “I kind of had to put the business to the side for a little while because he was in the hospital, and I was having to spend a lot of time at the hospital. After he passed away, we kind of went back to working a little bit, trying to build up again. Then Amy’s mother passed away four months later, so we put our trailer in storage and moved to North Carolina to Sunset Beach.”

During their time at Sunset Beach, the Brookmans said they tried to “regroup, rejuvenate, and get [their] minds right.” It wasn’t long after they moved there that Amy’s employer requested she transfer for work to Columbia, Tennessee, setting the stage for the couple’s eventual opening of Brookman’s Artisan Smokery.

Leasing the building in December of 2017, and finally opening in July of 2018, Brookman’s Artisan Smokery saw a trying first month of operation. The biggest issue that faced the businesses, Amy said, was simply getting the word out.

“It’s a new concept,” Amy said. “I think what it is, people are used to just buying what people have available – they’re not used to people catering to what they want. I want it to be an experience. I want them to remember it and tell everybody.”

While the couple met and eventually married in the late 2000s, little did they know that their paths had crossed much sooner.

Unbeknownst to either parties, both Richard and Amy would attend the same elementary, middle and high schools together in Kingsport, eventually meeting through the social media website MySpace in 2006. They would both be married by the next year.

While Richard’s first job was at a barbeque restaurant in Kingsport at the young age of 16, his first career was in the U.S. Army, which he joined in 1989. Acting as an Equipment Networks Switching Systems Operator, Richard hoped he would have a lucrative job future in the tech industry after leaving the military. Being trained by the General Telephone & Electronics Corporation (GTE), Richard assumed his exit from the military would be met with a decent-paying job.

“It was great, and I thought when I got out I would get a killer-paying job, [so] I went to GTE – who was the one who trained us in the first place – and they laughed at me,” Richard said. “They said this stuff is ten years outdated, and I had just gotten out of the Army. So I’m like, ‘what do I do now?’

Ultimately, Richard and Amy found something they both considered to be a “dream job,” and only wished their service to Spring Hill and Columbia could continue.

“It struck an interest up, and it’s something that I always liked to tinker with,” said Richard about barbequing. “Never really expected to be doing it as a business, but it’s a dream job to me. We’re almost a year in, and that first year’s the most difficult to survive, so I feel like if we survived a year, we’re going to make it.”

Richard said he and Amy had thrown everything into this venture, and that ultimately, it was their dream to provide their community with the best quality meats they could ask for.

“It was a huge fear to get started in this, it was a big jump into the unknown. Everything we had was tied up with this place and getting it rolling, and if we fail, we’re in trouble – and I refuse to fail. We’re still here, we’re going to make it.”