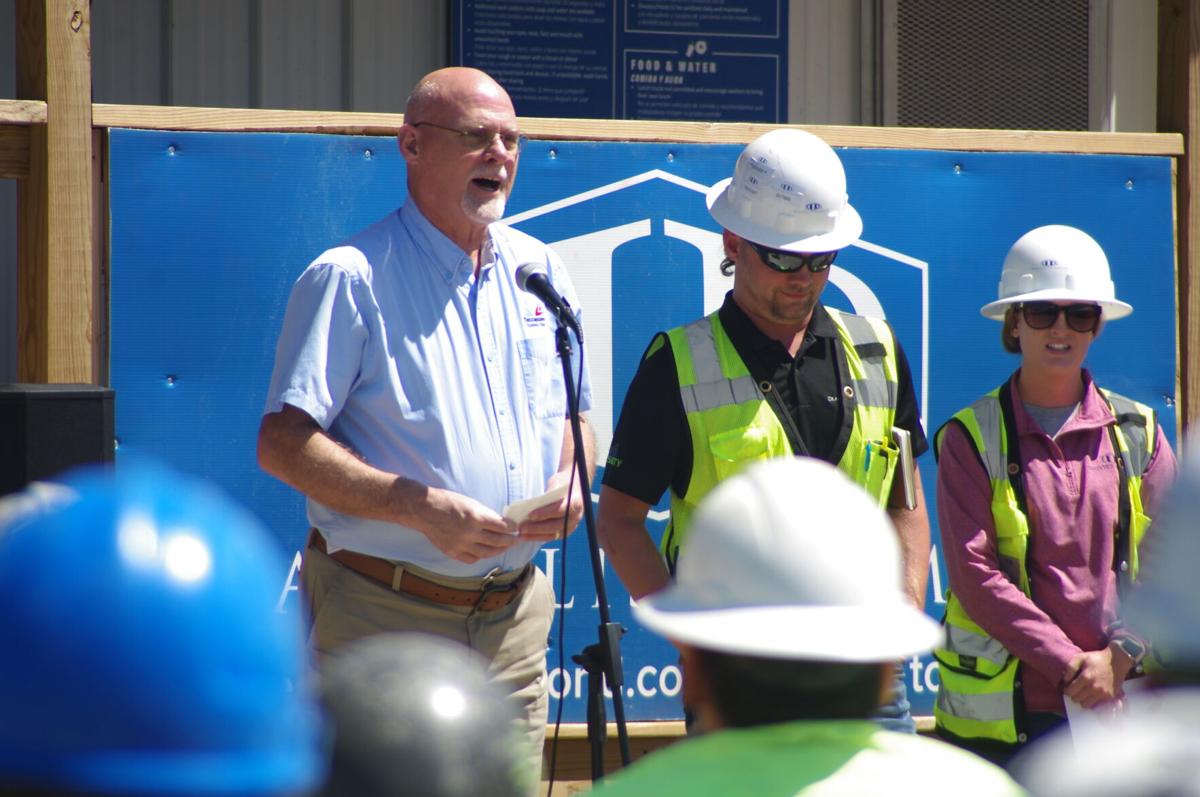 Tennessee Children's Home President Brian King speaks on the site of the new campus on Thursday. 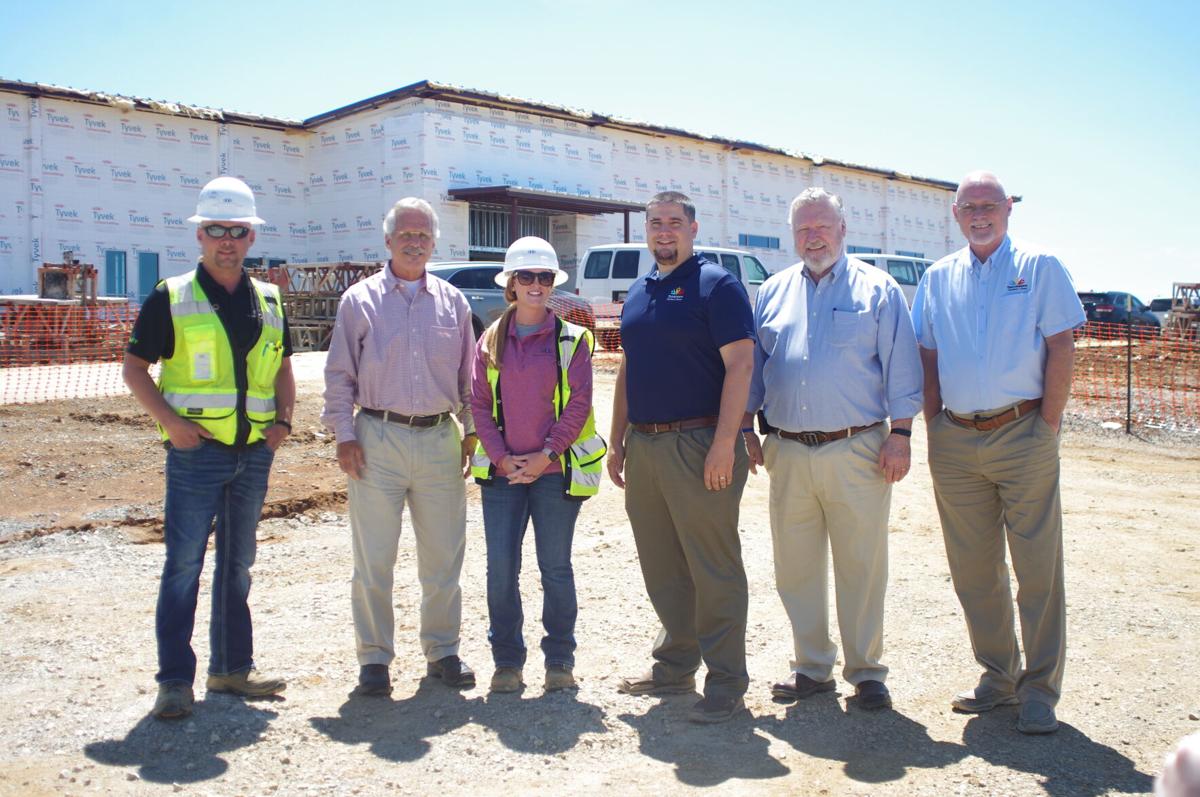 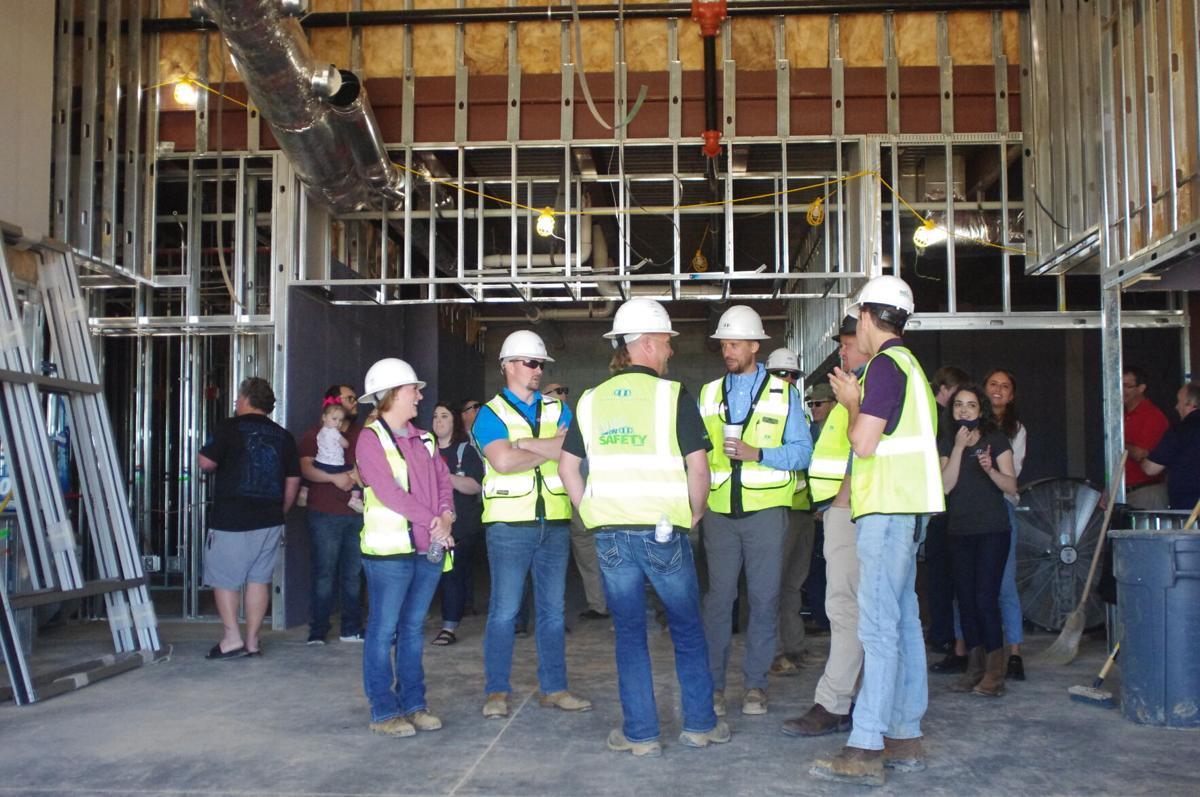 Deangelis Diamond workers give guests a tour of the multipurpose building on the campus.

Despite an unprecedented year that has seen its fair share of challenges in the world of construction, work on the new campus for the Tennessee Children's Home is "ahead of schedule" according to builders on the site, and is expected to be completed in October of this year.

The update on the new campus came Thursday during a Safety Week Fish Fry, where construction workers with Deangelis Diamond, the construction management firm tasked with building the new campus, voiced optimism in completing the project ahead of schedule despite a challenging year.

The Tennessee Children's Home has been in Maury County for more than 100 years and had operated at its former campus on Main Street since 1934 before selling the property in 2019.

Selling the property to SR Residential, who is currently in the process of developing a bustling downtown district on the site, the Tennessee Children's Home amassed $11 million of the $15 million required to develop its new campus in western Spring Hill on Doctor Robertonson Road.

With Tennessee Children's Home staff hoping to raise the remaining funds over the next few years from community members and sponsors, construction broke ground on the new campus on Aug. 3, 2020.

While construction on the new campus got off to a promising first week, workers were forced to halt all vertical construction for 52 days after the city informed them that the pipes on the site did not meet the required specifications to supply adequate fire hydrant water pressure.

After the water pressure issue was resolved, abnormal weather conditions coupled with supply shortages onset by the coronavirus pandemic continued to strain workers.

In just the past few months Spring Hill has seen an unprecedented snow fall and multiple instances of severe flooding, all against the backdrop of a worldwide pandemic that has caused severe building material shortages and skyrocketing prices.

Nevertheless, the project is now anticipated to be complete a month ahead of what was originally anticipated.

At least 60 construction workers had gathered Thursday in the center of the 45-acre site, surrounded on all sides by near-complete group homes and facilities.

"For some of us it's been a dream for like 20 years to have a new campus; they're helping us make a dream become reality which is really nice," King said. "We're ahead of schedule and we'll probably be moving in in early November of this year... these guys are working really hard to help us get to that point."

While construction is already set to move forward until the project's completion, King stressed that he and other Tennessee Children's Home staff were still actively seeking community support to help fund the project.

While the pandemic had put a halt to many of the their traditional fundraising methods, the home had still managed to raise $1.3 million since the sale of the original campus — $2.7 million shy of their goal.

Another person present during the event was Tom Harrison, a former resident of the Tennessee Children's Home.

Harrison had been a resident at the home — then called the Tennessee Orphan's Home — from the time he was 6 years old in 1964 until the age of 19. Now a minister at the Main Street Church of Christ in Lynchburg, Harrison spoke to what the home did for him in his adolescence.

"The Tennessee Orphan's Home first and foremost gave me security, a sense that I was safe," Harrison said.

"Then they gave me a Christian understanding, they brought me up in a Christian atmosphere. We had a big farm at the orphanage when I was there and I learned how to work, and I really appreciate that. I didn't like it too much when I was doing it, but I'm so grateful that I learned the value of hard work."

When asked what it meant to him to see the new campus nearing completion, Harrison called it "bittersweet."

"I know that the place that I always called my home will soon no longer exist, but let me put it like this: when I lived there, the dorms needed maintenance — they needed some work even then so you can imagine how bad they were here in the last few years," Harrison said.

"Plus, with the population of Spring Hill growing up around it, it wasn't really conducive to what the children needed. So while I have the sadness of knowing that my home is no longer going to be there, I'm glad that this place is being built and that it's going to provide a great environment to help and work with the children."

Guests at the event were then given a tour of the new campus by Construction Superintendent Brian Mcintyre, who walked through the massive multipurpose building that includes a gymnasium, cafeteria and more, as well as one of the group homes.

"We are truly honored to be partnered alongside the Children's Home in building this campus for them," Mcintyre told the Home Page of the project.

Those interested in helping financially support the construction of the new campus may do so online by clicking here.