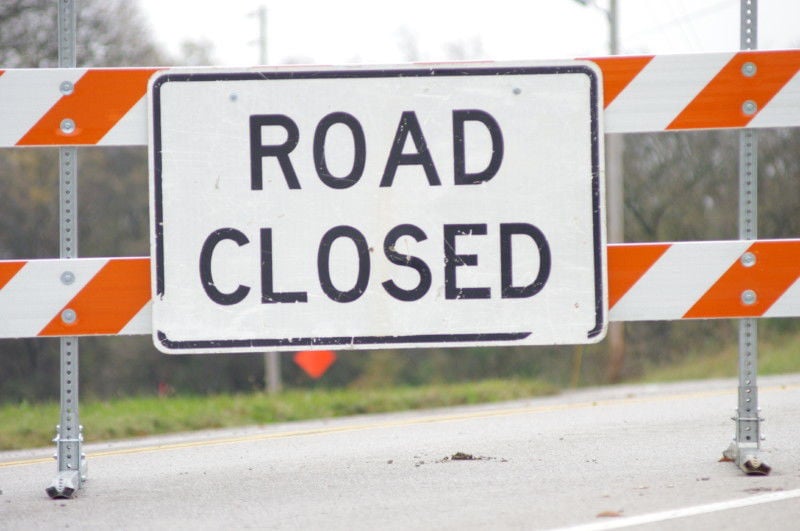 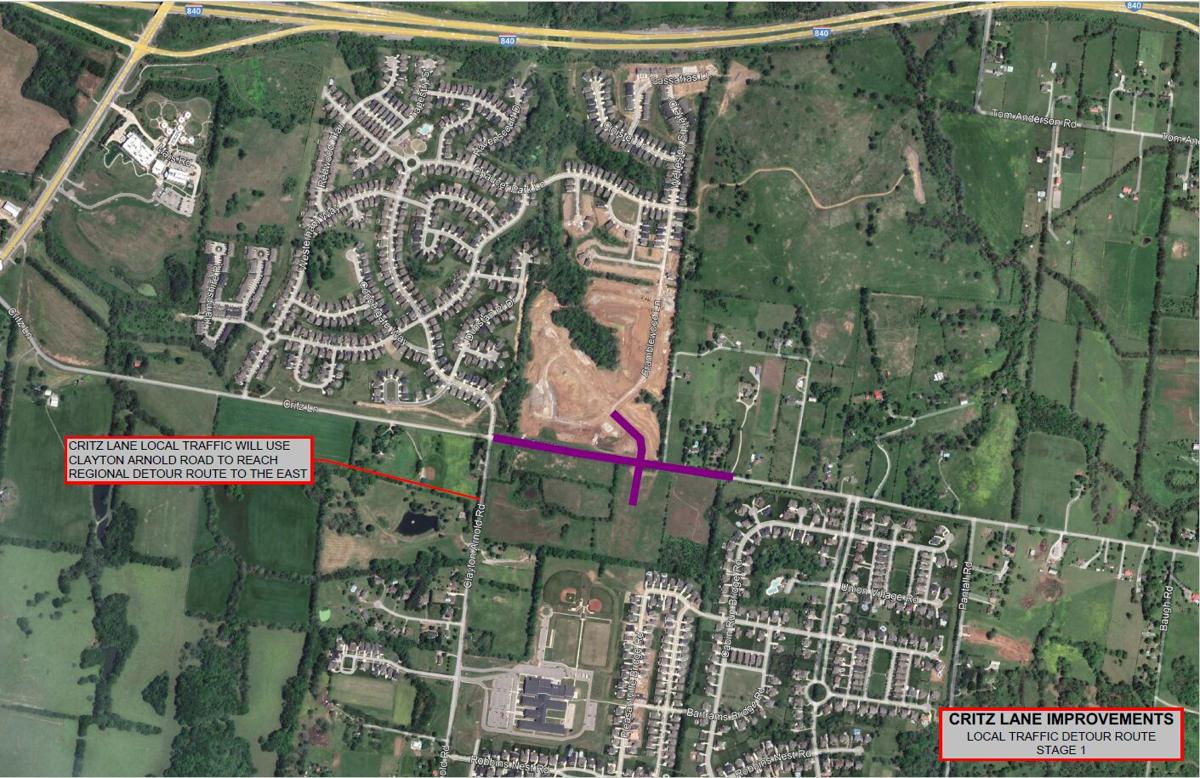 The newly constructed detour will direct drivers on Critz Lane to Clayton Arnold Road, allowing them to link up with Thompson's Station Road East to the south for east and westward travel.

Construction on the long-awaited Critz Lane project has begun, with the construction company Rogers Group Inc. kicking off the first phase of the project earlier this week.

Located in Thompson's Station, Critz Lane runs east to west from U.S. 31 and Lewisburg Pike, just south of I-840, and acts as a major thoroughfare for the town. At just two lanes wide, the road has long outgrown the town's booming population, which grew from just over 2,000 in 2010 to more than 7,000 in 2020.

The project, which is scheduled for completion during the first quarter of 2023, will see Critz Lane be given an improved roadway profile, sight lines and intersection geometry, widened lanes and the construction of a roundabout at the intersection with Clayton Arnold Road near the Canterbury community.

Phase one of the project, which began on Monday, Jan. 3, will primarily focus on the construction of the roundabout, as well as improvements made along the nearby portion of Critz Lane in front of the Canterbury development. This phase of development is anticipated to be complete in April of this year.

The improvements in this phase of construction will also see approximately 3,200 linear feet of roadway constructed to accommodate the widening and improvements.

A detour route, which saw construction begin last summer, will be setup through the Avenue Downs property at the southwest corner of the intersection, directing drivers on Critz Lane to Clayton Arnold Road and allowing them to link up with Thompson's Station Road East to the south for east and westward travel.

Phases two and three of the project will encompass the west and east ends of Critz Lane, respectively, and is scheduled to begin in May of this year.

Per the agreement between Rogers Group Inc. and the town of Thompson's Station, the project must be completed within 500 days of the first day of construction.