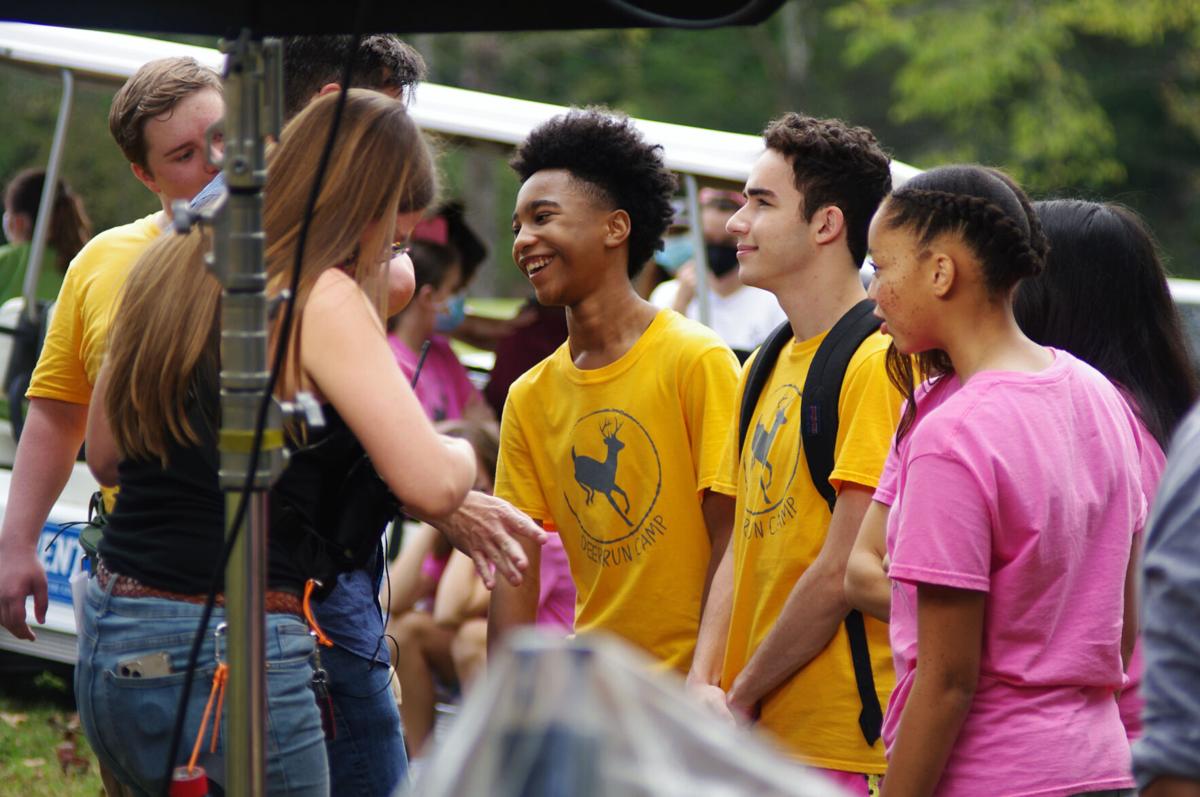 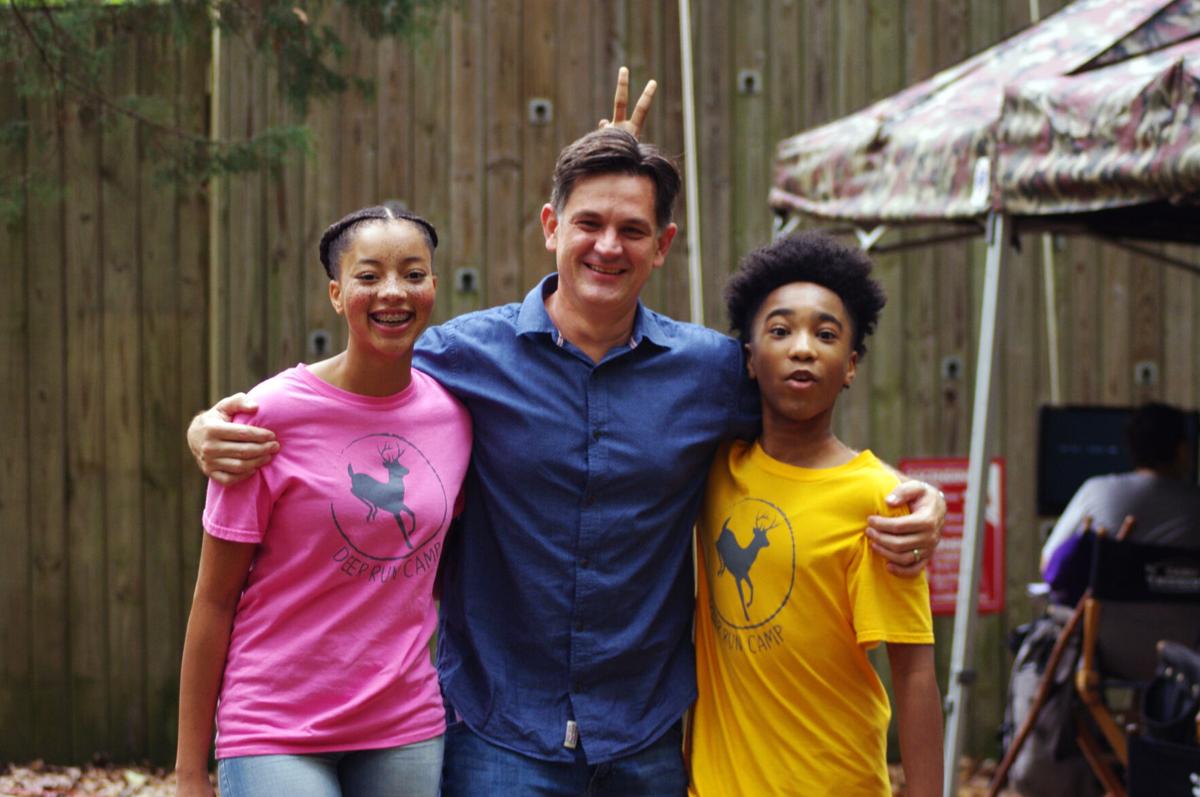 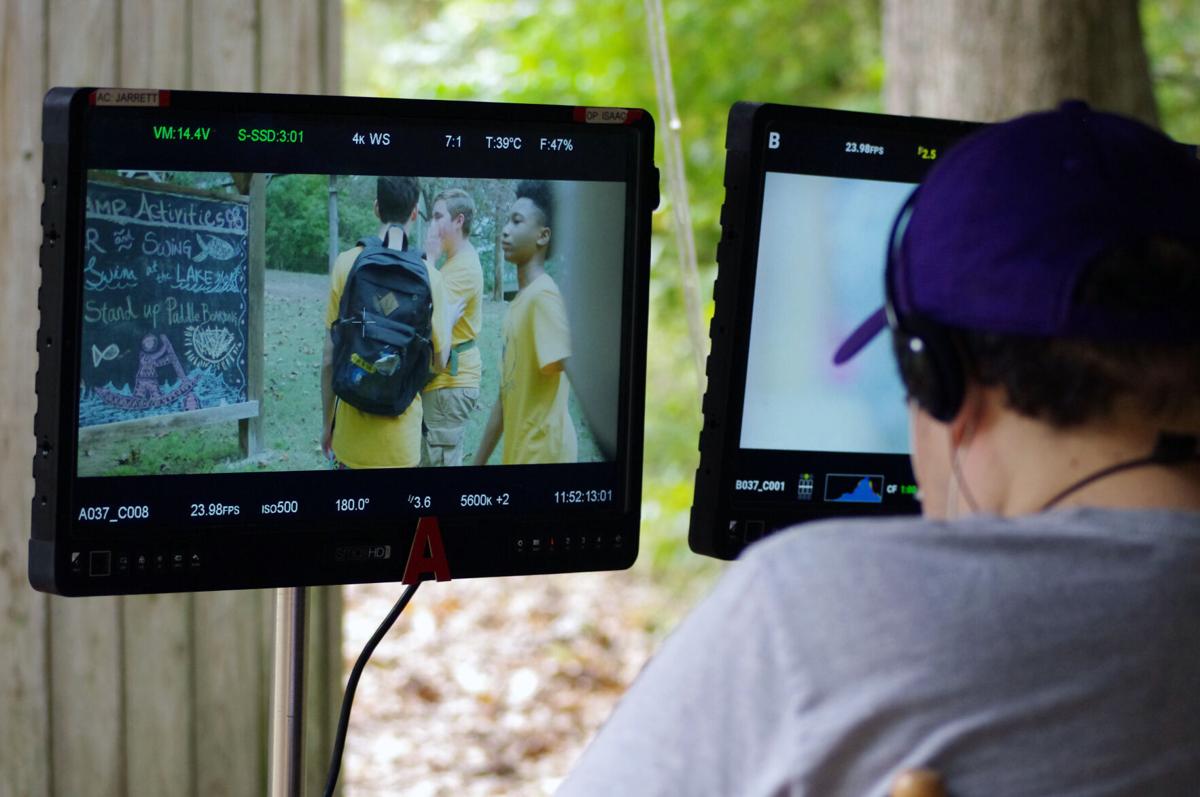 Film crew watches camera feeds as the film Camp Hideout is being shot. 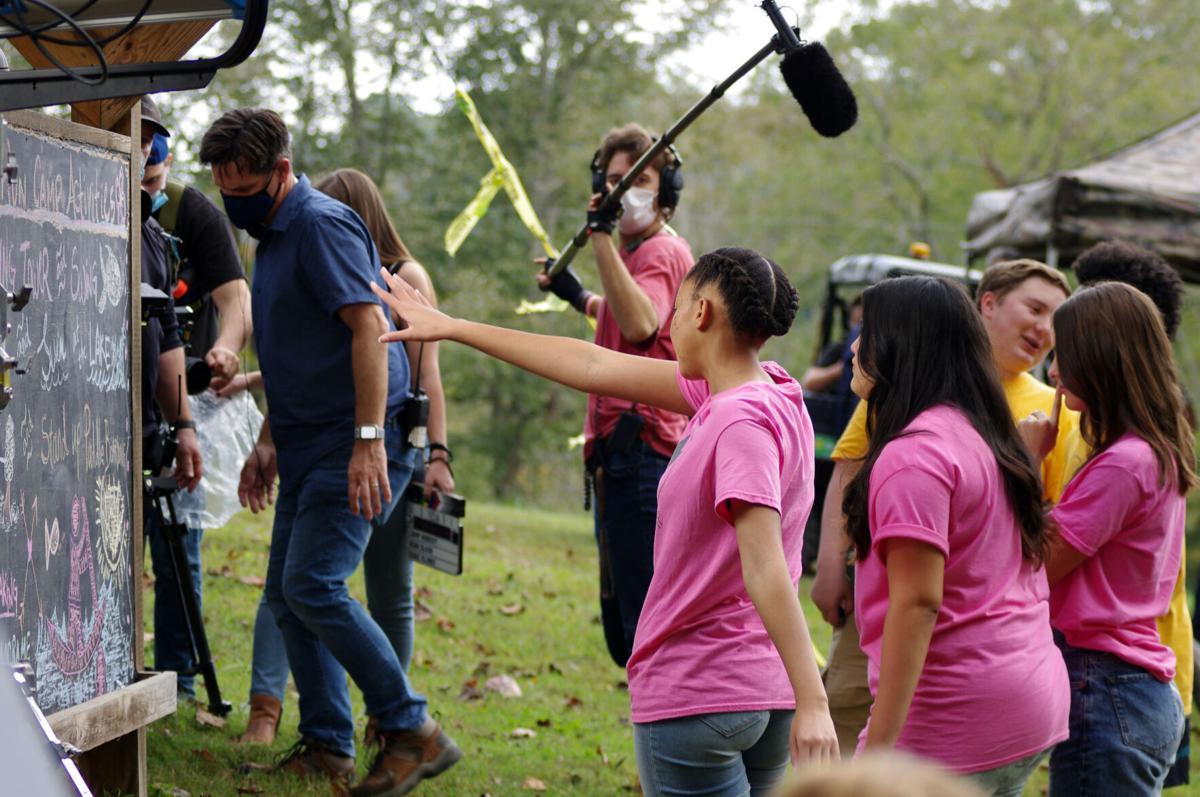 Elle Wesley rehearses in between filming on the set of Camp Hideout. 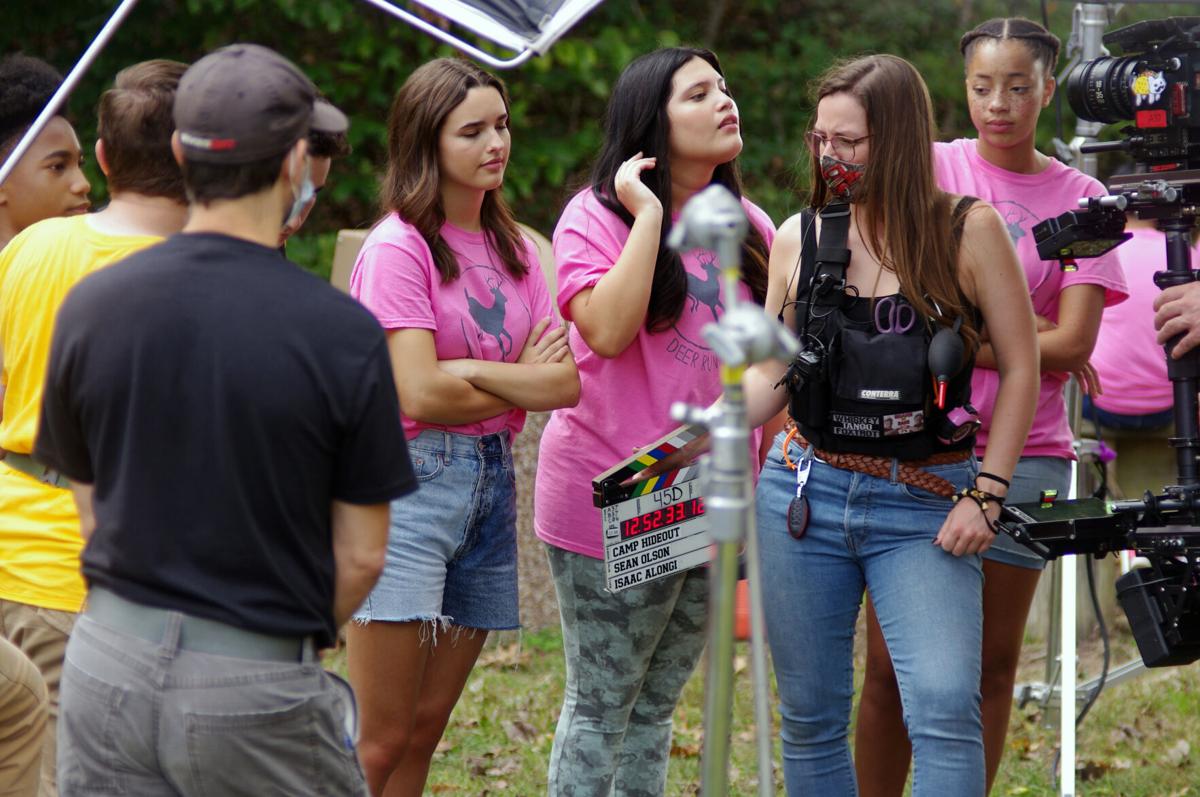 Actors prepare to shoot a scene at Deer Run camp in Thompson's Station for the film Camp Hideout.

At just 13 and 14 years old, and with just a few years of acting experience between them, Williamson County teens Elle Wesley and Zion Wyatt spent much of Thursday filming a major studio film alongside Hollywood legend Christopher Lloyd and Corbin Bleu of High School Musical fame, among others.

Titled Camp Hideout, the film is being shot in Thompson's Station at Deer Run Camp, a faith-based nonprofit organization that runs a ministry camp for families and children. The organization's strong Christian identity and camp setting made it a natural choice for Called Higher Studios, the Christian-based film studio producing the film, to want to shoot its film there.

As described by 18-year-old Ethan Drew, who plays the film's protagonist, the plot centers around an orphan named Noah, who in his teenage years finds acceptance at a summer camp.

"The character of Noah is the main protagonist of the movie; he's an orphan, he lived with his brother until his brother was taken away [and] he never really knew his parents," Drew explained.

In the film, Noah wrongs two adults involved in crime — which Jason Brown, one of the film's two producers and creator of the story, said were heavily inspired by Home Alone's Harry and Marv — and is forced to flee and hide at a summer camp.

Drew described the film as being filled with "stunts, fun visual elements and a fantastic plot about friendship and camaraderie."

Populated with other teens, among the members of the camp in the film are two characters named Phoebe and Chase, played by the aforementioned Williamson County teens Wesley and Wyatt, respectively.

Wesley, who's in 8th grade at Franklin Road Academy, said this was her first film, and that she's only been acting for about a year.

"Going into this [with this being] my first movie, I've learned from these amazing people who have so much prior knowledge of the works and acting," Wesley said. "It's really fun, but at the same time I'm learning so much."

Wyatt, who's in 9th grade at the Nashville School of the Arts, said it was an "honor" to work with Lloyd, and called him a "really great actor."

"It's a little different on the take because [Lloyd] has all this experience from an older generation of acting, which is really awesome," Wyatt said.

"I love it so much and I am learning a lot from him as time goes on, so [it's] such an honor, it's really nice to meet him, such a pleasure to work with him, and I'm just having a really great experience so far."

The scene shot Thursday, one of the final days of shooting for the film, included Lloyd, who plays Falco the campground keeper. The scene depicts the protagonist Noah getting into a physical altercation with another camp member, Trey, played by Luca Alexander.

Sean Olsen, the film's director who's worked on dozens of family friendly films since the mid-2000s, also said the film was very reminiscent of Home Alone and other family-oriented adventure films of the 1980s and 1990s. Olsen also heaped praise on Wesley and Wyatt for the talent they brought to the project.

"We really loved [Wyatt], we loved his audition and really wanted to find a place for him in the film," Olsen said. "We felt that the role of Chase was perfect for him; same thing with [Wesley] who plays Phoebe. We wrote specific roles to play to their strengths."

Beyond creating a successful film, Brown and his production company Called Higher Studios have two additional goals in mind with the project.

The first is to become a recognizable voice in the film industry as a major crowd-funded Christian-based studio. Having raised more than $1.9 million from investors since its launch in 2019, the studio aims to produce and distribute "projects that glorify and teach Biblical principles."

The second goal of the project is to help Deer Run park recover from a series of significant blows it was dealt during the COVID-19 pandemic.

"Two years ago when COVID hit, it crushed them; they basically had to shut down for a full year... the camp director fought for his life in an intensive care unit for three months because of COVID," Brown said.

"So this is really a partnership with the movie. Our goal is really to bring some awareness that Deer Run is a real camp, so that if somebody in California, Florida or Texas, even kids in Williamson County, they watch this movie and they never heard of Deer Run, hopefully it inspires them to want to come and go to camp here."

David Gibson, Deer Run's founder who has run the camp since its inception in 1996, said that 2020 was "devastating" for him and his employees, but that "by the grace of god, we made it through."

"[Last year] was devastating... we had to cancel all of our camps and most of the retreat groups, so it was a really hard year," Gibson said.

"We were down 83 percent in operating revenue, which for a small to mid-sized nonprofit, that's a pretty big impact. We had to lay off about half of our staff and take pay cuts just to survive, but by the grace of god we made it through and survived. I wouldn't say we're back to normal, but around March of this year things started picking back up."

Brown said that depending on testing reception of the film, the movie will either be released theatrically or on streaming services sometime next summer.