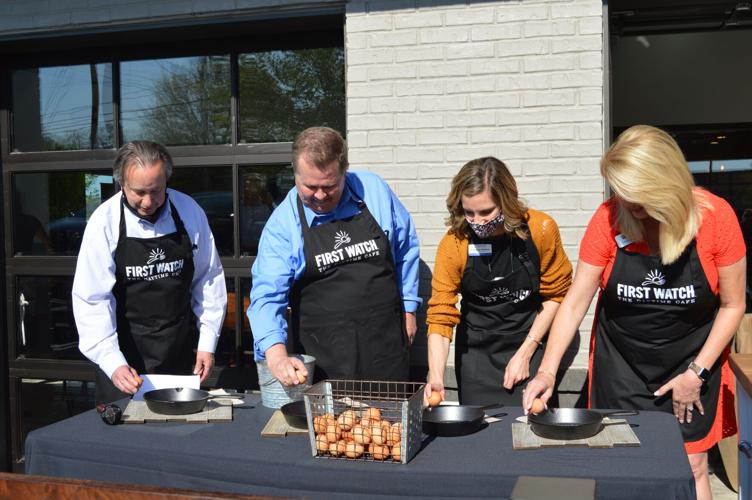 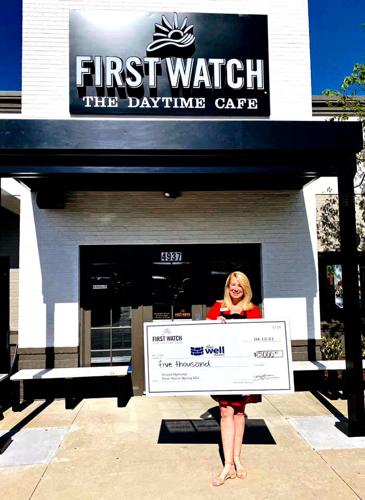 The Well Outreach Executive Director Shelly Sassen stands in front of First Watch with a donation check of $5,000.

First Watch, a new  cafe in Spring Hill that specializes in breakfast, brunch and lunch items, donated $5,000 to The Well Outreach food pantry during their grand opening ceremony on Monday.

While the new eatery didn't open its doors to the public until Monday, First Watch held a soft opening over the weekend treating guests to free meals. In lieu of of payments for meals, First Watch instead only asked guests if they would like to donate to The Well.

"The Well was just tickled to be chosen, to partner with First Watch; [they] had indicated to us when they first reached out that they had a pre-opening list of 2,300 people in the Spring Hill community that wanted to be part of the grand opening," said Shelly Sassen, executive director of The Well.

"That's usually a number that's closer to about 600 - 900, so we knew it was going to be a big event. It's such a quality organization and just to partner with someone that's going to be right there on Main Street, it meant a lot to The Well."

Sassen said that half of the $5,000 donation will go towards operations and pantry expenses, with the other half going into The Well's new Jet Pack Fund. The Well's Jetpack program, a program aimed at supporting students in need after the ongoing pandemic has seen many students transition to remote learning.

Sassen said that she was hoping to expand the reach of the Jetpack Program, and indicated that there were five additional schools that The Well had not partnered with yet that have indicated a need for additional food for students. Sassen said that First Watch's donation will help The Well expand its reach to students.

Recently celebrating its 15th anniversary, The Well has seen monthly demand increase as much as 130 percent since the onset of the coronavirus pandemic.