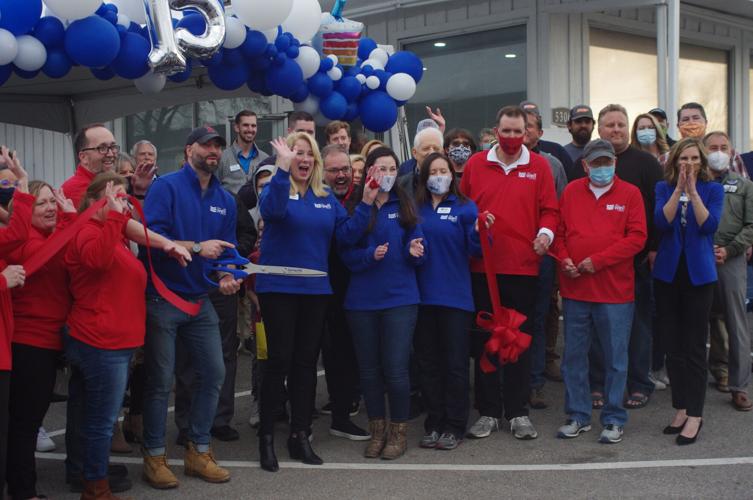 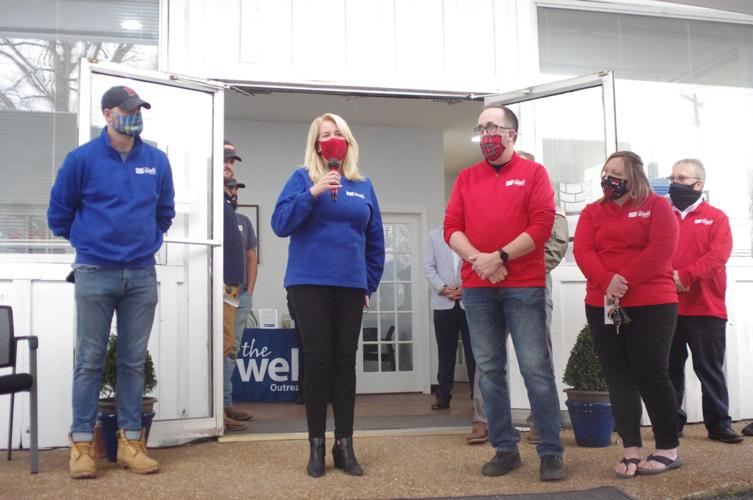 In February of 2006, Andy and and Amy Hudelson started a food pantry that operated out of a closet at Spring Hill's WellSpring Christian Church. Dubbed "The Well Outreach," the food pantry helped served those in need in Spring Hill's then-25,000 person community.

Fast forward 15 years, and the scope of The Well's service has increased tenfold, a milestone that was celebrated Thursday with a ceremonial ribbon cutting.

"We are so thankful for you so that together, we can feed the hungry and help those in need," said Shelly Sassen, executive director for The Well to a crowd of around 50 people. "It's been a crazy 2020 for us — we moved into this building a week after COVID hit and our numbers started going up; 80 percent more a month, 100 percent more a month, 130 percent."

The 15-year anniversary celebration was held at The Well's new facility on Main Street that they had procured back in spring of 2020, with the Spring Hill Chamber of Commerce helping to facilitate the celebration.

Mr. Hudelson also spoke during the event, and noted the incredible growth The Well has seen over the years.

"This whole thing started in a closet with a handful of people," Mr. Hudelson said.

"It turned into a little bigger space, then we moved across town and now we moved in here... God keeps bringing more and more people and more and more supplies, so we're just grateful to have a front row seat. This started as a small seed and has become a much bigger deal to help a whole lot of people."

Sassen, who became The Well's executive director in early 2019, said that the recent move from a 1,500 square-foot building to a 7,000 square-foot building has been a blessing to the food pantry and its staff, and had helped facilitate the greater need that has arisen due to the ongoing coronavirus pandemic.

"In the last 12 months The Well has seen the demand for food increase as much as 80-130 percent per month, and a lot of those families are people who've never had a need for our food pantry before," Sassen said. "We actually served 968 individual families last year — our biggest number of families served prior to that was in 2008 when we served about 600 families that year."

"The Well is just so humbled and honored to do this work. It's nothing really what we do, we say it takes a community to feed a community, and so what it means to us is just helping our neighbors."

To offer a monetary or food donation, or to explore volunteering options for the Well, click here to be directed to the Well’s website.