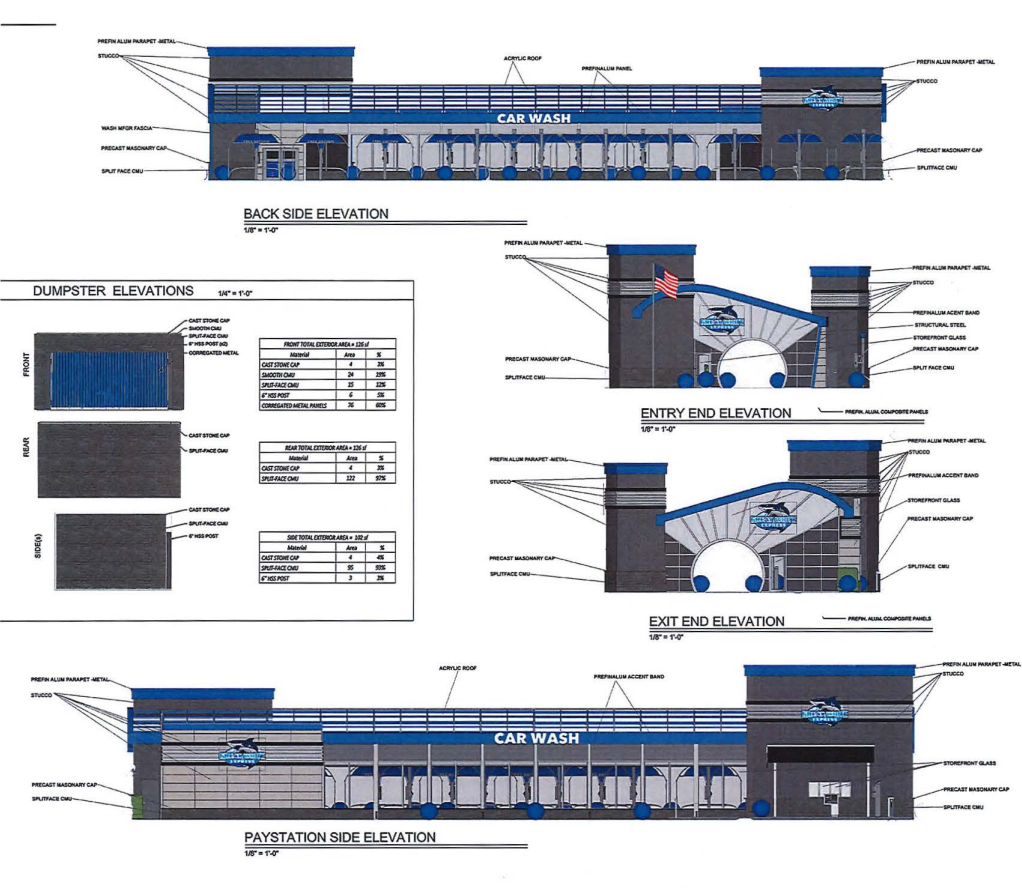 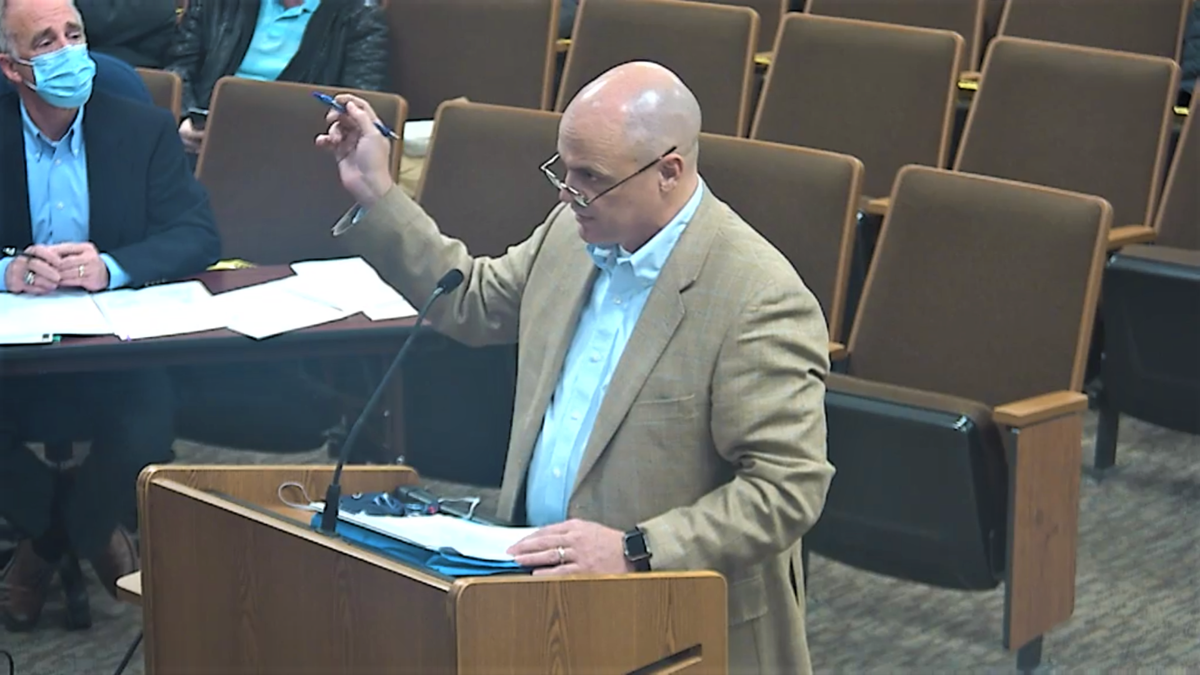 Doug Sloan, an attorney with Bone McAllester Norton, speaks on behalf of the applicant of the Great White Express Car Wash. 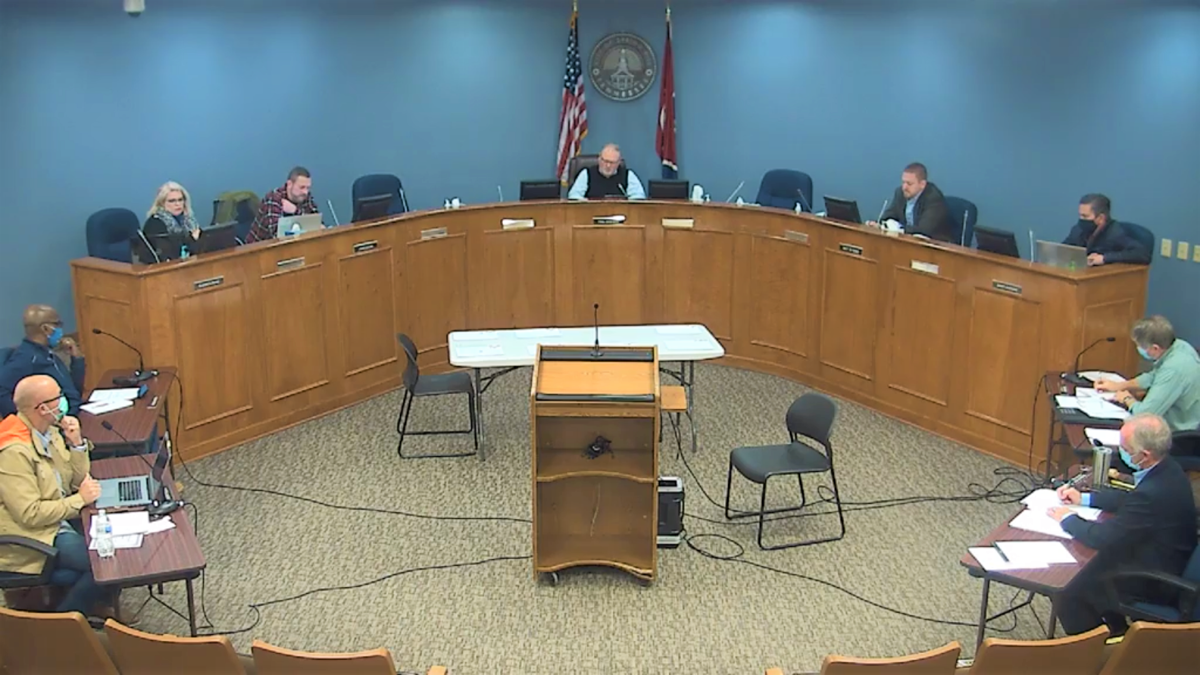 The Great White Express Car Wash, a project proposed to be constructed between the Lowe's and KFC on Belshire Village Drive, saw it's site plan approved by the Spring Hill Planning Commission Monday by a vote of 6-1.

The approval comes just weeks after the project's applicant sued the city over a previous denial.

Proposed by the Arkansas-based company GWE Holdings, the car wash would be the second Great White Express in the city, with the first location opening last year near The Crossings shopping district.

On Nov. 12, the city received a letter from an attorney representing GWE Holdings — Doug Sloan — that requested a reconsideration on the project's site plan.

A day later on Nov. 13, the owners of GWE Holdings — Debbi and James Whitlock — filed a lawsuit against the city asking that their site plan for the car wash be "approved and that all necessary and appropriate permits and license be issued immediately." The lawsuit also asks of the Maury County Chancery Court that GWE Holdings "be awarded its legal fees and other expenses."

Fitterer has strongly challenged the basis for both Sloan's request for reconsideration and the lawsuit as being misrepresentative.

Sloan appeared before the city Planning Commission at City Hall Monday night, making his case as to why the proposed car wash met all of the city's standards for such a project.

“At no time do car washes meet or exceed the 100 new peak hour trips that normally require a traffic study," Sloan said. "Nevertheless, my client did have the traffic study performed, and the study indicated that while the car wash will generate new traffic, much of [it] will be pass-by or diverted traffic that is already traveling the vicinity of the site.”

“The report submitted by the city’s engineer and the engineering firm hired by the city shows that sewer service is available to the property, and that the receiving pipe and downstream pipes have adequate capacity," Sloan said.

Sloan also said the study found that the average time for the area's sewer systems to recover from rainfall was 45 minutes, or one and a half hours during heavy rainfall.

Not convinced, Fitterer proposed amending the request by adding a new condition of approval, one that would see a permit or certificate of occupancy — licenses that would be required for the car wash to operate — not be granted until "capacity of pipe be adequately addressed."

"Based upon the information provided by the city staff and consultants addressing the [pipe] issue that [the sewer pipes on the site] peak at two to three days following rain events, I’m not convinced that [the pipes] have adequate capacity to accommodate this project," Fitterer said.

Due to the ongoing lawsuit, Fitterer declined to comment on the discrepancy between his claim that the area's sewer capacity peaks at two to three days following rain, and Sloan's claim that the city-commissioned study found that it peaks at 45 minutes to one and a half hours.